The politics of impeachment

Political scientists attempt to answer, ‘Why Trump? Why now?’

When penning Federalist No. 65 in 1788, Alexander Hamilton predicted that the prosecution of articles of presidential impeachment would “seldom fail to agitate the passions of the whole community, and to divide it into parties more or less friendly or inimical to the accused.”

Now, for the fourth time in American history, the president of the United States is on the brink of impeachment.

Democrats have accused President Donald Trump of abuse of power and obstruction of Congress. They say he pressured Ukrainian President Volodymyr Zelensky to investigate the family of former Vice President Joe Biden, one of Trump’s challengers for the presidency. Trump and Republicans say the White House relationship with Ukraine followed normal diplomatic protocol and tradition, and Democrats are grasping at straws to bring down the president.

Eight presidents—from John Tyler to Ronald Reagan—have faced the threat of impeachment, but only two garnered the necessary votes in the House to go on trial in the Senate. Andrew Johnson was the first, in 1868, and Bill Clinton followed in 1998. The Senate acquitted both of them, and they remained in office. In 1974, Richard Nixon narrowly escaped impeachment by resigning.

“Impeachment is usually the product of some sort of constitutional crisis or conflict between the branches of government,” said Mark Smith, a professor of political science at Cedarville University in Ohio. He gave the example of Johnson’s tenuous hold on power following the Civil War, Reconstruction, and the assassination of Abraham Lincoln.

“Impeachment never occurs in a vacuum,” Smith said, pointing out that Democrats have been talking about impeaching Trump since his inauguration, saying his “existence in some ways creates conflict; he’s an outsider, he’s anti-establishment.”

Adam Carrington, an assistant professor of politics at Hillsdale College in Michigan, said that Trump’s ability to weather scandals and blistering criticism comes, in part, from Americans’ lack of trust in institutions after the Watergate scandal that led to Nixon’s ouster.

“In the best of times, impeachment is a very jarring and difficult process,” said Amy Black, a professor of political science at Wheaton College in Illinois. “We’re not in the best of times: [We’re in a] highly polarized, highly partisan era, where there is so much distrust of the other party.”

Hamilton seemed to foresee that when he predicted the effect of impeachment on the parties would “enlist all their animosities, partialities, influence, and interest on one side or on the other; and in such cases, there will always be the greatest danger that the decision will be regulated more by the comparative strength of parties, than by the real demonstrations of innocence or guilt.”

Rather than swaying members of Congress one way or the other, the evidence in the impeachment investigation against Trump—such as the summary of his July 25 phone call with Zelensky—has turned out to be like a Rorschach test of someone’s party loyalties.

“I think we’re going to see more and more actions like this between Congress and the president,” Smith said. “[Once] we got into the late ’60s … it’s more common to have different parties controlling different parts of government, making it more likely these things will happen. This is our third very strong impeachment movement in the last 50 years.” 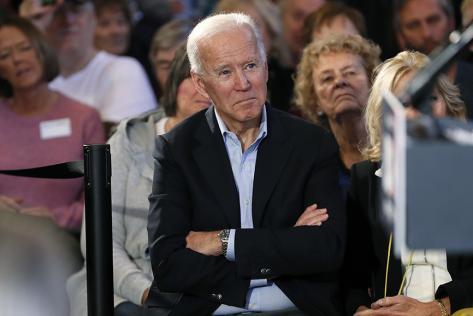 Former Vice President Joe Biden has signaled to aides that he would serve only one term as president if elected, Politico reported, citing internal campaign discussions about whether the candidate should publicly pledge to voters not to seek reelection. A campaign spokeswoman, however, denied the report, saying the issue was not under discussion and not something Biden was considering.

Biden is 77 years old and would be 82 at the start of a second term. If he won, he would become the oldest person ever elected president.

Biden’s campaign seemed to think promising not to run for reelection would make him appear weak or undercut his policy agenda, Politico reported. He continues to lead the Democratic field nationally but faces strong challenges in Iowa and New Hampshire from South Bend, Ind., Mayor Pete Buttigieg and Sen. Bernie Sanders, I-Vt.

Buttigieg sought to tamp down criticism about a lack of transparency in his campaign by releasing a list of clients he worked for as a consultant. He had to wait to release the list until the consulting firm McKinsey & Company let him out of a nondisclosure agreement. The clients included health insurer Blue Cross Blue Shield of Michigan; retailer Best Buy; government agencies, including the Environmental Protection Agency; and environmental nonprofit groups, including the Natural Resources Defense Council.

Sen. Elizabeth Warren, D-Mass., had criticized Buttigieg for not being transparent about his work for corporate clients. He responded by pointing to Warren’s own corporate legal clients, prompting her to disclose $1.9 million in earnings. Buttigieg said he would take other steps to bolster his campaign’s transparency. —Anne K. Walters 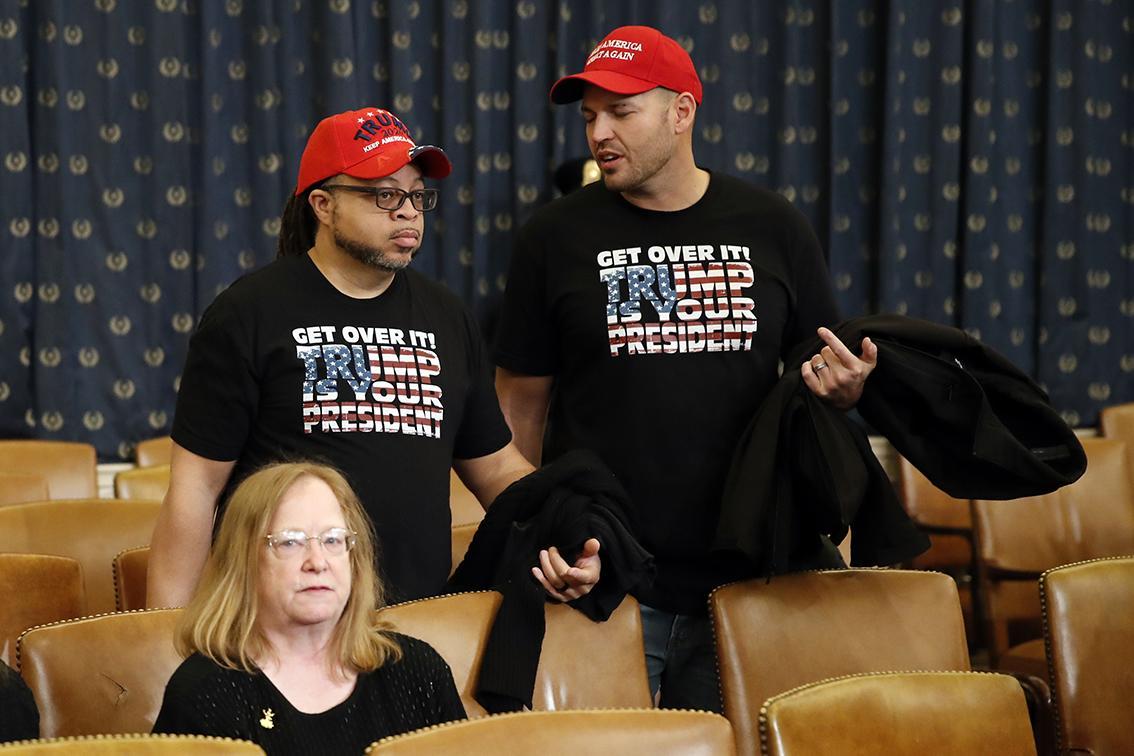 Americans appear entrenched in their opinions about whether President Donald Trump should be removed from office, as Democrats in the House of Representatives move forward with articles of impeachment.

Separate polls released this week by Quinnipiac University and Monmouth University show that about half of voters do not support impeachment, a figure that has changed little since the process began.

“Opinion on impeachment has been rock-steady since news of the Ukraine call first broke,” Monmouth University Polling Institute Director Patrick Murray said. “Any small shifts we are seeing now are likely to be statistical noise.”

Americans also have little faith in Congress’ handling of the impeachment process: Only 26 percent said they had a lot of trust in the effort, Monmouth found. —A.K.W. 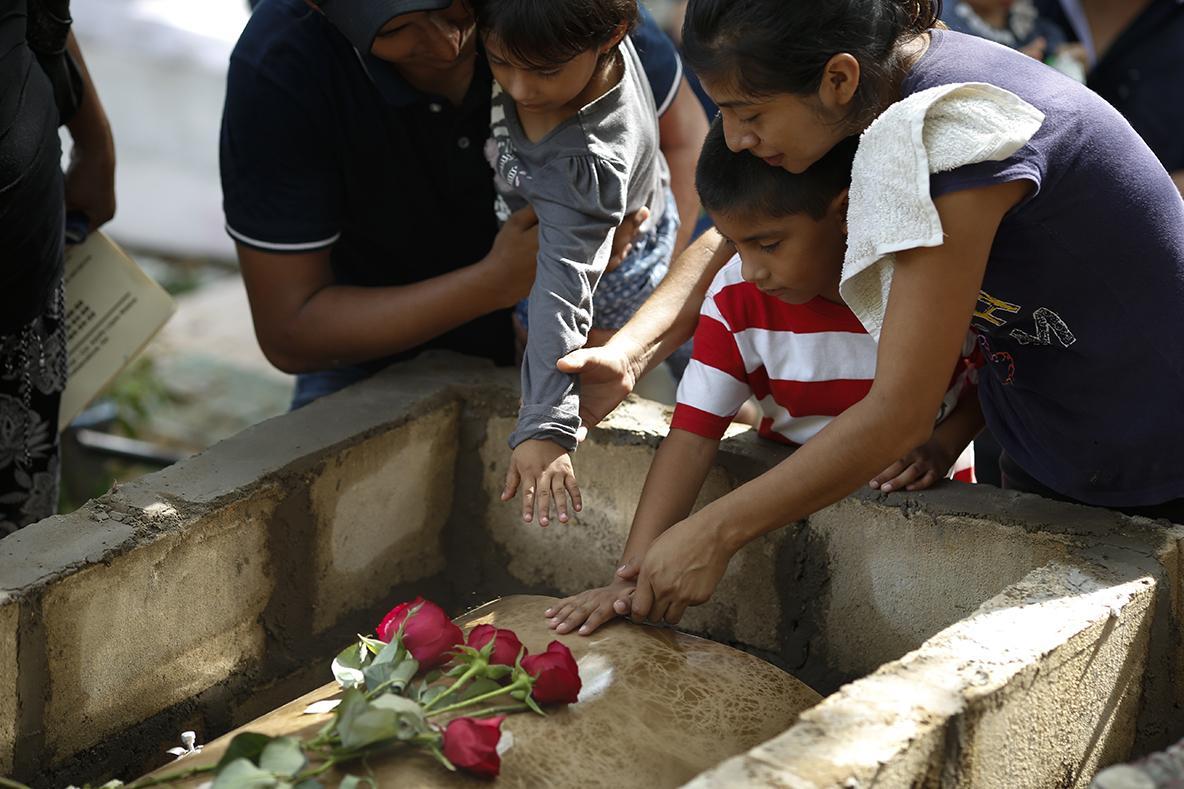 The move would have opened up additional avenues to target the cartels through sanctions and other means, but Mexico saw the proposal as a violation of its sovereignty. Trump instead vowed to step up efforts to work with the Mexican government to fight the criminal organizations.

“All necessary work has been completed to declare Mexican Cartels terrorist organizations,” Trump tweeted on Friday. “Statutorily we are ready to do so. However, at the request of a man who I like and respect, and has worked so well with us, President Andres Manuel, we will temporarily hold off this designation and step up our joint efforts to deal decisively with these vicious and ever-growing organizations!” —A.K.W.

Re Uncle Joe's age:  it might seem he is starting to slip a little mentally, except he has been saying somewhat wacky things for years!

Re: Views on impeachment - "the number who disagree sank to 50 percent compared to 51 percent a month ago" - Reading the word "sank," I expected the amount to be more than a decrease of 1%. Perhaps the word "decreased" would be better - and maybe even the additional word "slightly."