At 11 a.m. on Jan. 18, five pro-life activists entered the Options for Women abortion center in Plainfield, N.J. They talked to the women in the waiting room and handed out roses with printed information about local pro-life pregnancy centers tied to the stems. Police arrived and told the activists to leave, but four of them chose to remain in the facility. Officers arrested them about an hour later.

This nonviolent demonstration was the 17th “Red Rose Rescue,” a recently developed pro-life tactic. The rescue operations draw inspiration from the abortion center blockades pro-life activists held during the 1970s and 1980s. At the time, people would try to protect unborn babies by locking arms in the hallways of abortion centers or chaining themselves to cars in front of the facilities’ doors, effectively stopping the businesses from operating for the day.

Congress squelched this pro-life rescue movement, also known as “sit-ins,” through the Freedom of Access to Clinic Entrances Act (FACE), a 1994 law signed by President Bill Clinton that prohibits pro-life advocates from blocking the entrance to an abortion center. The harsh penalties imposed under the act, which include up to three years in jail and fines up to $250,000, deterred such activities.

Monica Migliorino Miller was involved in the sit-in movement in Chicago and Milwaukee during the late 1970s and the 1980s. Before the FACE Act, she served jail time ranging from one to seven months for her participation in pro-life sit-ins. After her second stint in jail, Miller said her desire to be at home for her son and daughter kept her from taking chances. “I think a lot of leaders in the movement … started to have children, and that made it a lot more difficult to carry on with risking getting arrested and going to jail,” she said.

But now that their children are grown, Miller and other former rescuers want to get back in the game. Miller did not participate in the Red Rose Rescue in New Jersey, but she helped come up with the tactic. “A number of us never actually gave up on the idea,” Miller said. In April 2017, she joined a group of leaders from the old sit-in movement in St. Louis to discuss how to reinvigorate the cause.

Miller said she was the one who brought up the idea of entering the abortion centers to talk to women instead of blocking hallways. “Why do we have to block doors?” she asked. “Why is that necessary when we know that just being in the clinic itself will achieve the same result? It’ll shut down the clinic, and we’ll have the opportunity to talk to the moms. … It’s more personal, and giving them the roses is a gesture of love and peace.”

Another benefit of this new form of rescue is the FACE Act does not apply to it. Most of the Red Rose Rescues so far have resulted in trespassing charges for the participants, but authorities have charged some rescuers with felonies. After a Red Rose Rescue in Michigan in 2017, a judge prohibited Miller from going within 500 feet of any abortion center in the country. After she violated the prohibition, she served 33 days in jail—her first time behind bars since the 1990s.

Miller said she doesn’t think many pro-life advocates would want to go back to conducting traditional sit-ins after seeing the success of the Red Rose Rescues.

“I think it is more effective in terms of getting the moms to leave,” she said. “We know that 12 women with a rescue we did in [Michigan] didn’t even go through with their abortions.”

If not for the barrier of the FACE Act, Miller said, this new and more personal form of rescue may never have emerged.

Pro-life activists packed the National Mall in Washington, D.C., for the 47th March for Life on Friday, as President Donald Trump became the first sitting president to speak in person at the event. Other speakers included Katrina Jackson, an African American, pro-life Democratic state senator from Louisiana, and two abortion survivors, Melissa Ohden and Claire Culwell.

March for Life organizers selected the theme “Pro-Life Is Pro-Woman” in honor of the 100th anniversary of the ratification of the 19th Amendment to the U.S. Constitution, which extended voting rights to women.

“Marking this important centennial gives us the opportunity to raise serious questions about what really advances women’s rights, and to highlight the fact that many who claim to be advancing the women’s movement are actually doing a disservice to women,” March for Life President Jeanne Mancini wrote in a column for Fox News.

Ohden and Culwell also challenged the modern conception of women’s rights, noting that unborn females lose all of their rights in an abortion. In a short video unveiled at the March for Life by Faces of Choice, Ohden asked, “Can you look me in the eye and tell me that my very survival was a mistake?”

Following the rally, more than 100,000 pro-life advocates marched to the U.S. Supreme Court building (see a time-lapse video from Students for Life above). This year, students from Oakcrest School, an all-girls Catholic middle and high school in McLean, Va., led the march. The marchers behind them extended for several blocks. —L.H. 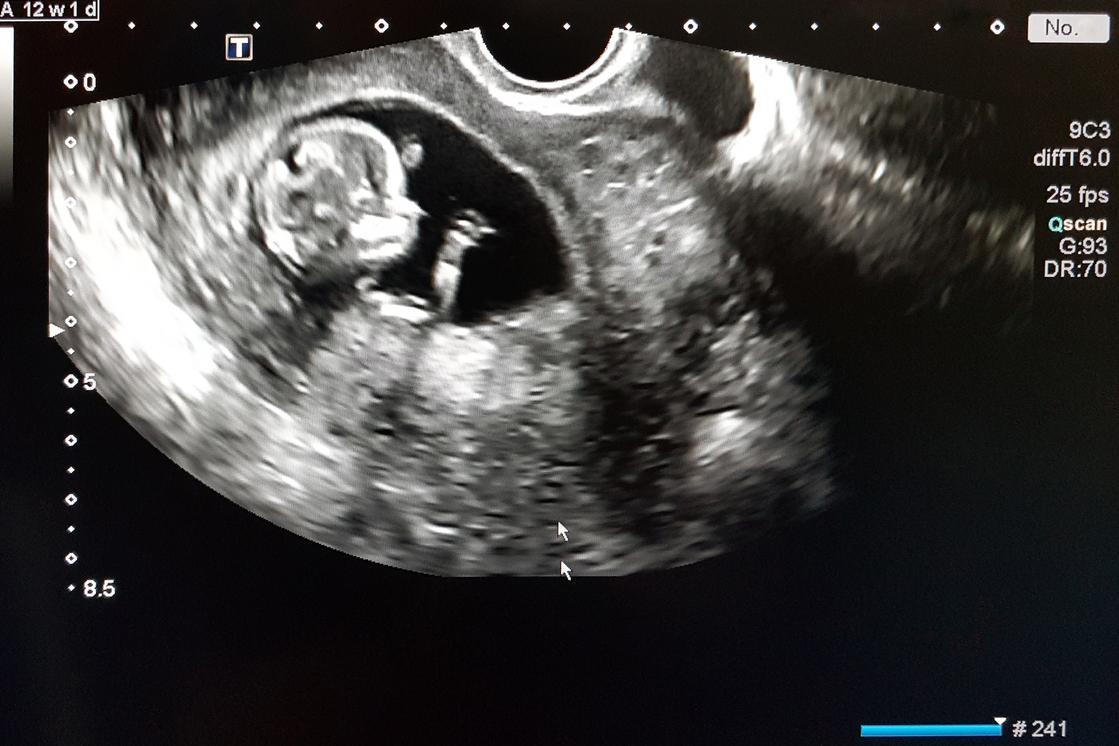 Unborn babies may be able to feel pain as early as 12 weeks of gestation, according to a new report published earlier this month in the Journal of Medical Ethics. Previous studies suggested that an unborn child couldn’t feel pain until 24 weeks due to the low functionality of a baby’s brain in the early stages of development.

“The evidence, and a balanced reading of that evidence, points towards an immediate and unreflective pain experience mediated by the developing function of the nervous system from as early as 12 weeks,” the study’s authors, Stuart W.G. Derbyshire of the National University of Singapore and John C. Brockman of Conner Troop Medical Clinic in Fort Drum, N.Y., wrote. “We no longer view fetal pain … in a gestational window of 12–24 weeks as impossible.”

In the United States, many abortion laws protect unborn babies after 20 or 24 weeks based on previous studies that showed babies could feel pain once the cortex and thalamocortical tracts developed in the brain. But this recent research raises new ethical questions about early abortions and could guide state lawmakers as they continue to consider further protections for unborn children. —L.H. 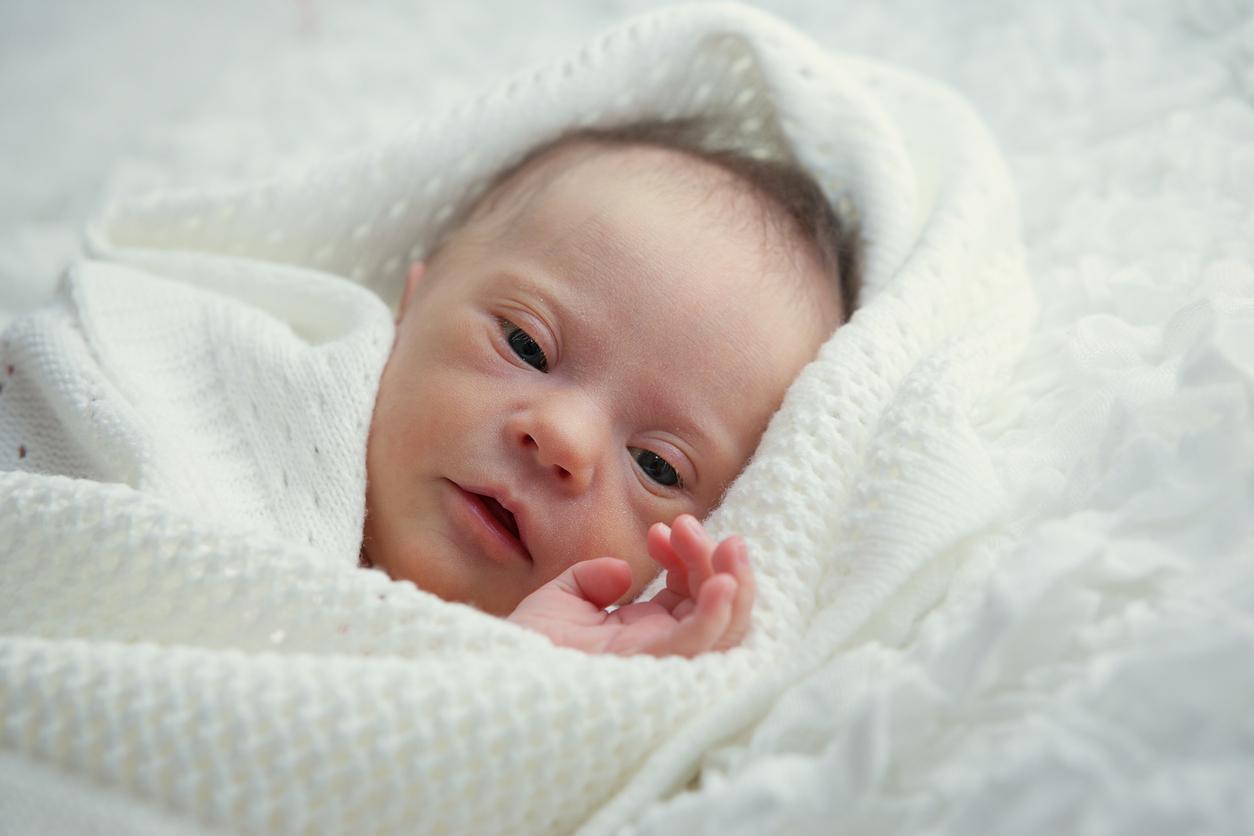 Ohio: The U.S. Department of Justice issued a statement on Tuesday supporting a 2017 Ohio pro-life law that would protect unborn babies with a Down syndrome diagnosis from abortion. A three-judge panel of the 6th U.S. Circuit Court of Appeals in October upheld a decision to keep the law on hold due to a lawsuit from the American Civil Liberties Union that claims the measure puts an undue burden on abortion access. But the Justice Department said the court erred in holding the law unconstitutional. “The federal government has an interest in the equal dignity of those who live with disabilities,” Assistant U.S. Attorney General Eric Dreiband said.

Texas: On Thursday, the Trump administration reversed an Obama-era decision to deny Texas federal funds for a women’s health program that excludes abortion providers. Texas lost the money in 2011 because the state refused to allow Planned Parenthood to participate in the Healthy Texas Women program. Now that the current administration has reopened the funding stream, the program could receive up to $350 million and provide healthcare to more than 200,000 women annually.

California: At the Family Research Council’s ProLifeCon on Friday, U.S. Department of Health and Human Services Secretary Alex Azar announced that the HHS Office of Civil Rights is cracking down on California for forcing health insurance companies to pay for abortions. According to the OCR, the state’s required abortion coverage violates the Weldon Amendment, which forbids state governments from forcing employers to cover abortions in their health insurance plans against their conscience. California has been forcing religious organizations to pay for abortions through their employee insurance plans since 2014. —L.H.