The new face of funny

An alcohol-free comedy club started by Mormon brothers in Provo, Utah, is changing the way comedians get and give laughs. Dry Bar Comedy, the brainchild of Director Isaac Halasima and entrepreneurs Neal and Jeff Harmon, has delivered safe-for-work jokes to almost 2 billion viewers over the internet since 2017.

The Harmons started Dry Bar to meet a demand for clean comedy—the kind of laugh-out-loud jokes you can share on social media without making your mother-in-law blush.

“Netflix—a huge portion of their viewing is standup comedy,” Jeff Harmon said. “But almost none of it is brand-safe,” meaning content that major advertisers will support. He and his brother set up in an out-of-business bar with a stage in Provo and started recruiting family-friendly comedians to film specials there. Eventually, they found that comics would clean up their acts for the opportunity to share them with Dry Bar’s audience.

“Most of the comedians are not normally brand-safe,” Jeff said. “They do a brand-safe show specifically for us.”

Dry Bar now has a library of more than 150 comedy specials it distributes on Amazon, Facebook, SiriusXM, Spotify, YouTube, the Dry Bar Comedy App, and VidAngel—the video filtering service the Harmons started in 2015. When a multimillion-dollar copyright lawsuit forced VidAngel to temporarily stop filtering movies and TV shows in 2016, the Harmons got serious about producing comedy specials. Using VidAngel’s technology, they collected data on the kind of jokes viewers did and didn’t want to see. They shared the information with comedians so they could tailor their sets to the tastes of Dry Bar’s audience.

In comedy, “clean” is often synonymous with “corny,” but the top comics on Dry Bar are relatable and mostly groan-free. One popular Dry Bar alumnus, Leanne Morgan, points out the hilarity of some of parenthood’s most undignified moments without giving up her motherly tenderness. Another, Kellen Erskine, jokes about the mundaneness of life like a lighthearted Jerry Seinfeld. But viewers should be aware that “clean” does not mean “Christian.” Comedians still sometimes mock other people for being different, make light of sin, and use innuendos that would be uncomfortable to explain to children.

Since it debuted on the revamped VidAngel platform in 2017, Dry Bar has soared. Clips of its specials have gone viral on Facebook, where many people don’t know about the comedy platform’s affiliation with VidAngel. In August 2018, one Reddit user asked, “What is this Dry Bar Comedy, and why is it suddenly everywhere on Facebook? … I’m seeing these high production value clips from this page with millions of followers but I had never heard of it until last month.”

Comedian Tony Deyo shared in the Reddit thread about his experience recording a special in Provo: “It was a great experience, the people I worked with were fantastic, and I’m really happy with the exposure that has come from it.”

I asked the Harmon brothers this week how they felt about Dry Bar’s success. They said it took longer than they thought it would.

Really? Two years seems fast to go from just getting started to leading the online market for comedy.

The Harmons’ drive resembles that of Elon Musk, another notoriously antsy entrepreneur. In 2017, Musk once promised to send tourists to the moon in a year. He’s still working on that one, but along the way, his SpaceX company invented a new kind of reusable rocket that has changed the standards for delivering cargo to space.

Like Musk, the Harmons are industry disruptors. Their real vision is bigger than a comedy platform or even filtering. They want to return control of content to families and, in doing so, build an audience that no major advertiser can resist.

“The market is bigger when you listen to your audience this way,” Neal Harmon said. “We are changing the media landscape.” 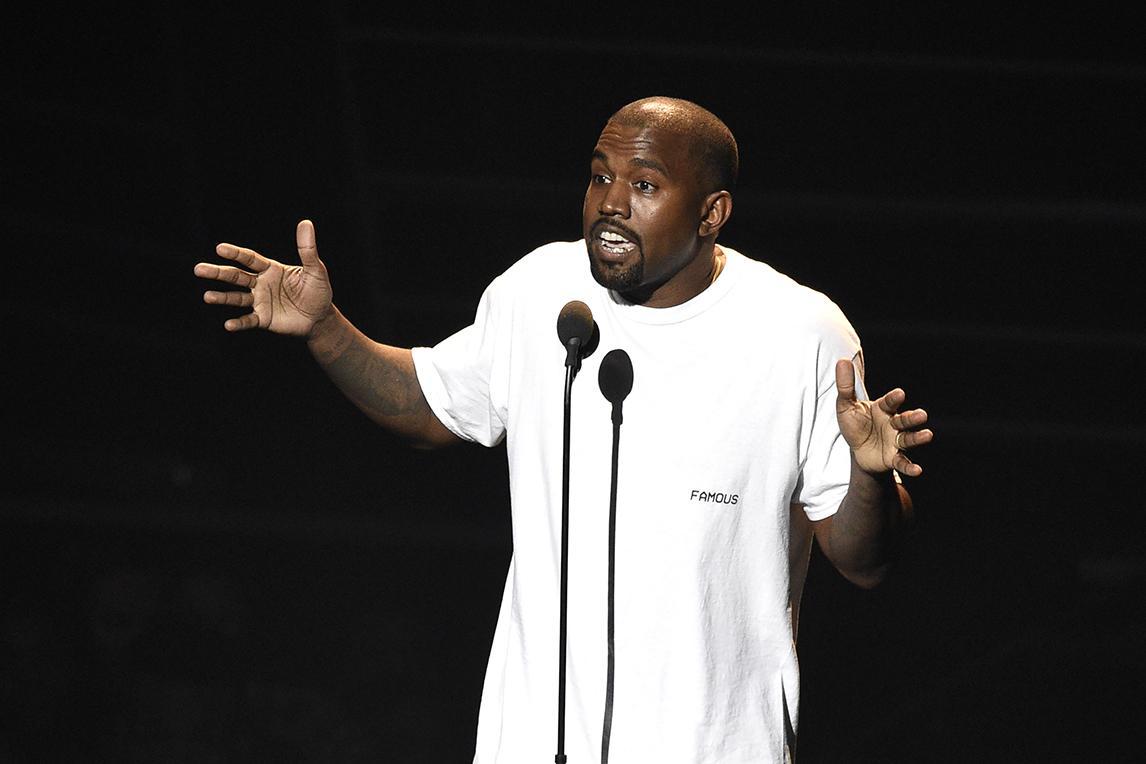 A place in the choir

Rapper Kanye West has hooked the public with his upcoming album, Jesus Is King, but he hasn’t released a single song yet. His wife, Kim Kardashian West, announced the project on Aug. 29 on social media. Her post included an image of the album’s name, track list, and release date scribbled in a journal next to an open Bible. The album has missed its two scheduled release dates, Sept. 27 and 29, requiring a little bit of grace from his fan base.

West has incorporated spiritual undertones in previous albums like The Life of Pablo, but he took a larger step of faith on Saturday, reportedly telling the audience at a Chance the Rapper concert in Chicago he would only make gospel music going forward.

Kardashian West said her husband’s decision resulted from a genuine heart transformation that began as a personal journey and moved into his public life.

“Kanye started this to heal himself, and it was a personal thing,” she said on ABC’s The View. “He has had this amazing evolution of being born again and being saved by Christ.”

Over the past weekend, West held three spontaneous listening parties in Detroit, Chicago, and New York, in which he teased segments of the unfinished, curse-free Jesus Is King.

“This has been an incredible journey,” West told the audience at the United Palace Theater in New York. “When I think of the goodness of Jesus and all that He does for me, my soul cries out.”

Friday’s “Sunday Service” event in Detroit featured a gospel message from seminary graduate Adam Tyson, who preached a 12-minute sermon from the book of Isaiah.

During a New York service, West previewed a few clips of a short documentary also titled Jesus Is King. The scenes were visually scattered, running the gamut from nature shots to footage of West’s strange domed housing experiment. The film is expected to be released on Oct. 25 in Imax only. —Loren Skinker 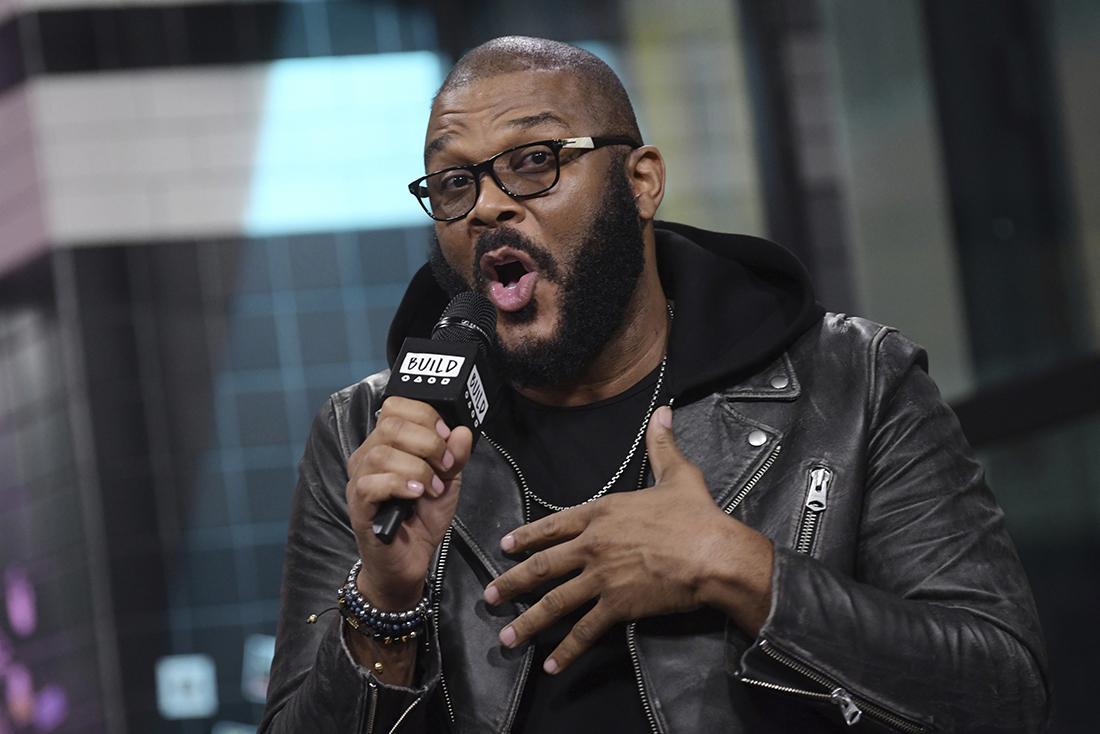 Georgia on his mind

Tyler Perry, the actor-director-writer behind the Madea film franchise and numerous other projects, said he won’t follow the pro-abortion entertainers who refuse to work in Georgia because of the state’s heartbeat law. The law, which a federal judge has temporarily blocked, protects babies from abortion once they have a detectable heartbeat, usually at about six weeks of gestation.

Perry recently built a major studio in Atlanta. A week ago, he said he has no plans to abandon it or the thousands of workers in Georgia’s film and TV industry. “I put $250 million in the ground here and in the studio,” Perry said. “So when you have a quarter of a billion dollars sat down in the ground, you can't just up and leave.”

But he added he opposes the law: “I don't believe any man should be able to tell a woman what she can do with her body or reproductive organs.”

Fans of Perry, who professes to be a Christian, questioned his values recently when he announced he and his girlfriend, model Gelila Bekele, were expecting a baby out of wedlock. —L.L. 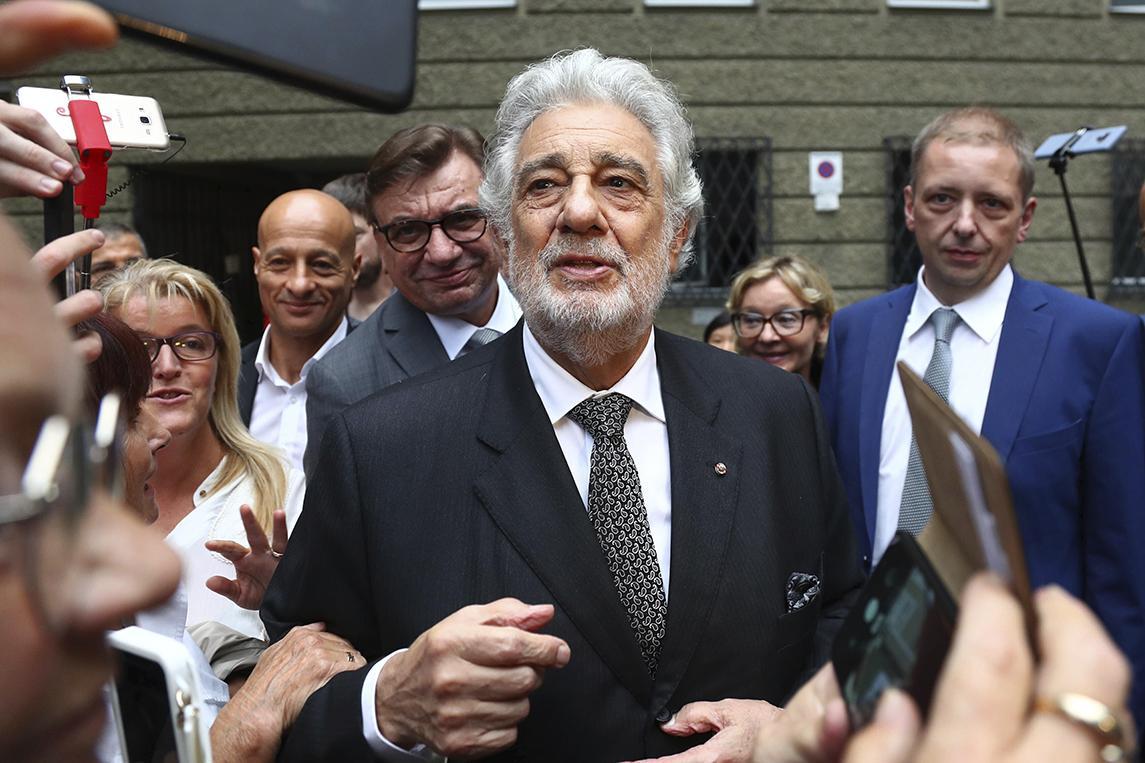 Singer Placido Domingo resigned as general director of the Los Angeles Opera on Wednesday. Accusations of habitual sexual harassment against the famous tenor surfaced in August. He has since canceled or been fired from all of his scheduled appearances in the United States. Jessye Norman, an international opera star who blazed a trail for African American performers in the genre, died Monday. She was 74. Diahann Carroll, the first African American actress to star in her own TV sitcom in a non-servant role, also died this week at age 84. She played a nurse and Vietnam War widow on NBC’s Julia from 1968 to 1971. —L.L.