Contrary to claims by those on the far left, including Democratic presidential candidates Bernie Sanders and Elizabeth Warren, America’s shrinking middle class is nothing to complain about. A recent analysis by Mark Perry at the American Enterprise Institute shows more people are moving up in income, and wealth, not poverty, is diminishing the size of the middle class.

Census Bureau data from the last 50 years confirms that the proportion of Americans earning between $35,000 and $100,000 per year (in 2017 dollars) decreased from 54 percent in 1967 to 41 percent in 2017. Last summer, Brookings Institution researchers Eleanor Krause and Isabel Sawhill wrote that middle-class wages remained stuck while income inequality was growing. “Stagnant incomes and falling wages have meant that fewer Americans are growing up to be better off than their parents,” they said. Sen. Warren has been forecasting the doom of the middle class for at least the last 15 years. In 2006, she wrote for Harvard Magazine that the middle class was experiencing the “wholesale shift of financial risk onto their already overburdened shoulders. The financial fallout has begun, and the political fallout may not be far behind.”

But Perry pointed to data from 1967 to 2017 that showed an increase in the proportion of U.S. households earning $100,000 per year or more from 9 percent to 29 percent. In 2017, 29 percent of American households were low income, a near-record low. He said wages in the United States are increasing across the board due to increasing prosperity in the free market economy: “People don’t even understand or appreciate or recognize that things are getting better and better all the time.”

As middle-class Americans move into higher paying jobs, Perry noted, low-income Americans have opportunities to move up, as well. The price of goods has decreased while wages have increased, meaning people do not need to spend as much of their income on food and services. People making a smaller income can afford a higher standard of living than in years past.

Former President Barack Obama referred to income inequality as “the defining challenge of our time.” Krause and Sawhill wrote that “the middle three household income quintiles experienced income growth rates of 28 percent from 1979 to 2014 in real terms. The top 20 percent … saw their incomes grow by 95 percent over the same period.”

But Perry told me the numbers released last fall showed that the top 20 percent and 5 percent of U.S. households still have the same share of U.S. income they had 25 years ago. “That’s showing there hasn’t been a lot of rising income inequality,” he said.

Perry’s findings focus on income, not expenses and spending. In many places, American middle-class families are facing unaffordable housing and living expenses. But overall, the census numbers seem to indicate Americans are still becoming wealthier over time. 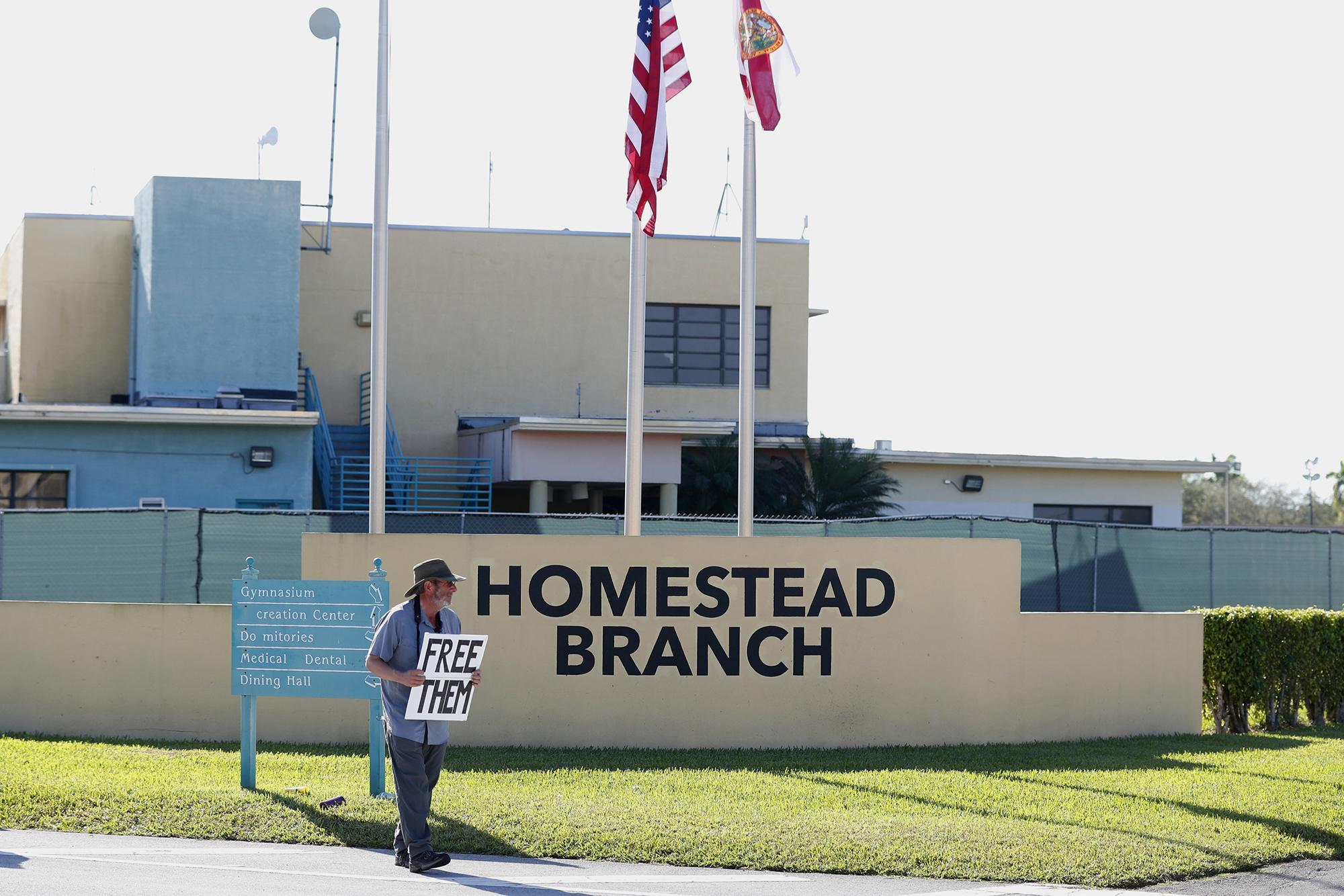 A protester outside the Homestead, Fla., temporary migrant shelter in February Associated Press/Photo by Wilfredo Lee

No more children in Homestead

The U.S. Department of Health and Human Services said on Saturday it had moved out all the migrant children in the controversial Homestead, Fla., shelter. Homestead was the last temporary influx shelter operating after the federal government emptied the others in July.

Between March 2018 and Saturday, the Homestead facility housed 14,300 children, according to HHS. Democratic presidential candidates visited the shelter in June to protest the poor, overcrowded conditions for migrant children.

In recent weeks, the number of children the government needs to house has decreased, giving agencies more flexibility. HHS said it moved the children at Homestead to a state-licensed shelter or placed them with their family or sponsor. Emptying the shelter also meant HHS had to fire 400 employees on Friday with 4,000 more expected to lose their jobs, according to the Miami Herald. —C.K.

U.S. Attorney General William Barr issued a decision July 29 that would restrict asylum claims for migrants who are persecuted because of their families. Asylum applicants need to prove they are persecuted in their home country due to their race, religion, nationality, political opinion, or membership in a particular social group. Barr said that being part of a family only qualifies as a particular social group if it is “socially distinct in the eyes of its society.” The decision could affect people who claim persecution because a cartel or gang has targeted their family with violence.

This is not the first time the Trump administration has restricted asylum claims: In 2018, former Attorney General Jeff Sessions restricted access to asylum for victims of gang or domestic violence, but a federal judge later blocked parts of that decision. —C.K.

Your points make a lot more sense than the data WNG is referencing. Purchasing power has stayed stagnant for the middle class since before 1980. The financial checks and balances this country had were working properly.. then came deregulation of the 80-early 90's and then again in 00-08 and during Trump's presidency. The GOP has not been working for the middle class for a looooong time.

Your article and the analysis article by Mark Perry don't jive with the census data report. According to the census report median household income went from about $46,000 in 1967 to $61,372 (in 2017 dollars) which represents an annualized increase of 0.5% per year (in 2017 dollars). See the chart on page 5 of the following report https://www.census.gov/content/dam/Census/library/publications/2018/demo/p60-263.pdf

The census data supports the wage stagnation which is what feels correct. According to table A-2 on page 35 of the report even the 95th percentile limit (the upper 5% income bracket), which is the largest growth sector over the 50-year period, only changed by an annualized 1.33% rate in terms of 2017 dollars.

Now what we really need to think about is that this is household income - how many more couples work today than in 1967? Quite a few more. Considering that, I think that we see this doesn't represent income growth at all.