DNA test kits were one of Amazon’s top five selling products on Black Friday in 2017. One of the largest companies offering DNA testing, AncestryDNA, said it sold more than 1.5 million tests the weekend after Thanksgiving, triple what it sold from Black Friday to Cyber Monday in 2016.

But despite this popularity, critics have raised serious concerns.

Two weeks ago, the Federal Trade Commission (FTC) issued a warning to consumers about the privacy implications of at-home DNA test kits. It is not always clear what companies do with DNA data and whether it can be sold to third parties. The FTC recommended that consumers comparison shop among sellers and not automatically accept a company’s security settings.

The process is deceptively simple for what turn out to be very complex results. Most tests cost around $100 and are available online. Clients send in a saliva sample and a few weeks later receive a comprehensive DNA report.

Some companies specialize in ethnicity and family trees. Clients learn about their ethnic heritage (23 percent Sicilian, for instance) and can opt in to a service that will match them to their closest relatives in the database—with more than 6 million samples, AncestryDNA’s database is the largest in the world.

Feel-good stories about DNA testing leading to reunited families are popping up all over the internet. Last week, CNN reported on two men in their 70s, lifelong best friends, who both took DNA tests and discovered they were half-brothers. The Chicago Tribune this week told the story of a 57-year-old woman who was abandoned as a baby with no information about her family, but after taking a DNA test, she was able to attend a family reunion and meet her half-brothers and a whole roomful of cousins.

Other companies emphasize personal wellness and health risks. 23andMe allows clients to learn about genetic health risks for serious diseases like Alzheimer’s and Parkinson’s, as well as carrier status for more than 20 diseases, including cystic fibrosis and muscular dystrophy. In April 2016, the U.S. Food and Drug Administration approved 23andMe’s at-home DNA testing for diseases and carriers.

But despite the simple process and streamlined reports, many people take the tests unaware that what they find out about their family or their health may change their lives forever.

A Chicago woman and the man she thought was her father both took DNA tests only to discover they were not related. A stem cell and reproductive biologist ordered a DNA test as part of a course he was teaching on the human genome. But revelations about an unknown half-brother led to family turmoil and ultimately his parents’ divorce.

Medical revelations—especially about incurable diseases with no effective treatments—can be just as shocking.

“Everyone has a right to know about their risk if they want to, but these companies have a moral responsibility to make sure people understand the meaning and consequences of this information,” Louise Walker, a research officer with the Alzheimer’s Society, told The Guardian. “Anyone considering getting genetic test results should do so with their eyes open.”

British doctor and author Margaret McCartney agreed: “What worries me is the aggressive way these tests are marketed. People are told all the benefits but there is no mention of the downsides.”

A website forum called the Donor Sibling Registry has helped more than 15,000 donor-conceived people find their half-siblings or donors, many with the help of at-home DNA testing. 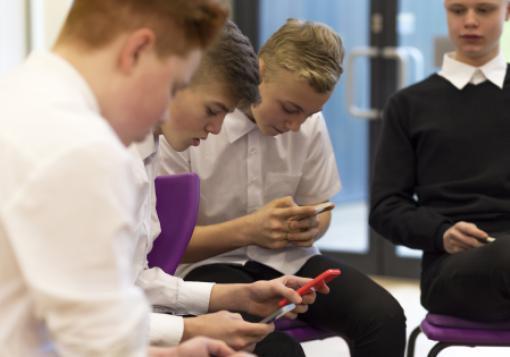 Starting next school year, France will ban all cell phones in primary and middle schools for students up to age 15. French Education Minister Jean-Michel Blanquer made the announcement in December.

“These days the children don’t play at break time anymore; they are just all in front of their smartphones, and from an educational point of view, that’s a problem,” Blanquer said, according to The Telegraph. He called the ban a matter of “public health.”

The move comes amid growing global concern about the emotional and physical harm smartphones cause in young children, including worry about cyberbullying, pornography, and social media replacing face-to-face communication.

The French Research Institute for the Monitoring of Living Standards found that the number of students in France with smartphones jumped from 2 in 10 in 2011 to 8 in 10 in 2015, according to ABC News. A study by the Centre for Economic Performance at the London School of Economics found test scores jumped by nearly 7 percent following a phone ban.

French President Emmanuel Macron promised to ban cell phones in schools while he was campaigning. The new law will forbid students from using their phones at any point during the day, including breaks and lunch.

But is the ban enforceable?

“Can you imagine school supervisors having to check the pockets of about 400 students every morning?” asked Valérie Sipahimalani, a spokeswoman for the French teacher union Snes, who told France Info radio she believes the measure is unenforceable.

Blanquer said his department is working on a plan for how to enforce the new ban and suggested pupils may be required to drop their phones in secure boxes when they arrive every morning. But critics remain skeptical.

Also announced by Blanquer in December: By September 2018, all 7,000 French middle schools will have choirs. —K.C. 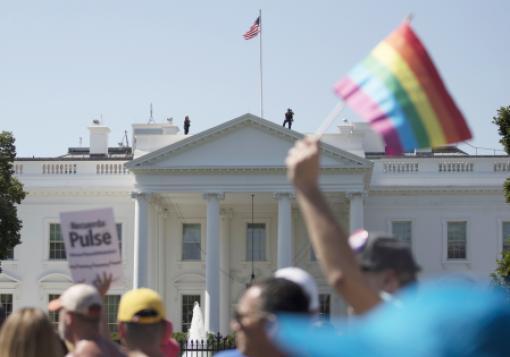 The U.S. Department of Justice late last Friday said the Trump administration would not challenge two appeals court rulings that blocked his ban on transgender military enlistment. The decision opened the door for transgender people to enlist for the first time Monday. But the fight is not over: The Justice Department said it was holding off further litigation until the release of a Pentagon study on the issue, due out in the next few weeks. —K.C.

Iceland on Monday became the first country in the world to make it illegal for companies to pay men more than women. Although the Icelandic government mandated equal pay for decades, the new law requires that companies with 25 or more employees obtain government certification for their equal-pay policies. Companies failing to demonstrate equal pay will face fines. —K.C.

DNA testing does not intrigue me enough to do it, because I am more than the sum of my biochemical components.  I cannot think of any useful thing that I could do if I were to learn that I am 1% Cherokee and 2% African.  I can see a hypothetical situation in which it might help to treat a disease or condition, but I will cross that bridge when I arrive at it.  I am satisfied that God made me who I am for a purpose.