Athlete A, a Netflix documentary released on June 24, chronicles Nichols and other gymnasts’ chilling accounts of Nassar’s sexual abuse. But it also reveals a wider culture within USA Gymnastics that silenced victims and enabled sexual, physical, and mental abuse to flourish. Victims said the sport still has a long way to go to protect young gymnasts. Nassar received a 175-year prison sentence in 2018, hundreds of victims have come forward and testified, and USA Gymnastics has introduced sweeping reforms, but reports of abuse continue to surface.

On July 10, authorities arrested former USA Gymnastics women’s national team coach Terry Gray, 52, in Las Vegas on more than a dozen counts of lewdness with a minor. He coached at Brown’s Gymnastics in Las Vegas from 2009 to 2015, where the alleged incidents occurred, according to local authorities. If convicted, he could face a maximum sentence of life in prison.

“Former national team coach. A child under 14. My heart is so heavy,” Rachael Denhollander, the first victim to accuse Nassar publicly, tweeted in response to Gray’s arrest. “Precious survivors, you are not alone. We believe you.”

USA Gymnastics previously suspended Gray from coaching in 2018. But USA Gymnastics accepted his appeal and he continued coaching young female gymnasts at SCEGA Gymnastics in Temecula, Calif., while the U.S. Center for SafeSport investigated him. Though the group ultimately gave him a two-year suspension, the delay sparked outrage among congressional lawmakers who were investigating USA Gymnastics.

“We have all these new policies that are supposed to protect children and ensure their safety, but we see the same thing happening all over again. … There’s no accountability,” said Alex E. Cunny, an attorney with Manly, Stewart & Finaldi, which is representing 180 of Nassar’s victims.

The U.S. Olympic Committee established SafeSport in 2017 in response to the USA Gymnastics sexual abuse scandal. It is supposed to function as an independent but federally authorized entity to investigate reports of abuse in sports. But the organization has drawn sharp criticism for its backlog of cases and lack of enforcement when it imposes sanctions for sexual misconduct.

SafeSport exists “to check a legal liability box” and operates with “no sense of urgency,” said Katherine Starr, a former Olympic swimmer and founder of Safe4Athletes, an organization that sets policies and procedures for local sports administrators. Starr, who founded Safe4Athletes in 2012 after she started coaching, witnessed how readily parents entrusted coaches with their children—and how easily coaches could manipulate that power. Her swim coach sexually assaulted her when she was 14.

Safe4Athletes’ requires gyms and clubs in its network to have an independent “athlete-welfare advocate” for athletes and parents to contact in cases of abuse.

Athlete A shows how Nichols’ complaint fell on deaf ears, and officials at USA Gymnastics and the FBI allowed Nassar to sexually abuse other young athletes for more than a year after Nichols’ report. Victims are demanding to see the results of an ongoing U.S. Department of Justice investigation into how the FBI handled the allegations against Nassar.

USA Gymnastics filed for bankruptcy in 2018 and has since established entirely new leadership and new policies in an attempt to prevent abuse. It offered Nassar’s victims a $217 million settlement, which they have rejected, and the case is now in mediation, according to Cunny.

Following the release of Athlete A, USA Gymnastics CEO Li Li Leung said the leaders in her organization are “deeply committed” to learning from their mistakes and the “mishandling of the horrific abuse perpetrated by Larry Nassar.” 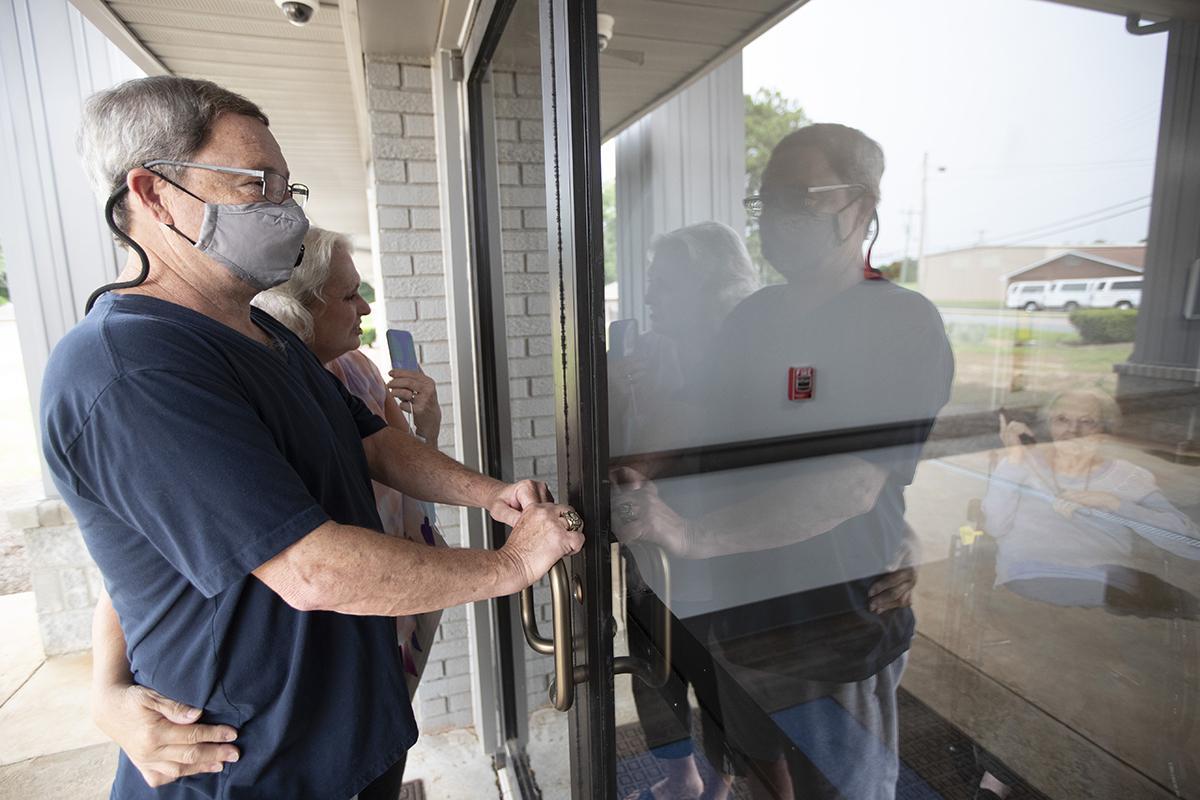 Larry Yabroff wears a mask as he holds his wife Mary’s hand on the grounds of Chaparral House nursing facility in Berkeley, Calif. Mary has Alzheimer’s.

“I enter into her reality, whatever it is, and that is calming for her,” he said. “She is definitely happy to see me, which is a blessing.”

And the Yabroffs are blessed when compared to many Californians who have family members in nursing homes. Although the state lifted its ban on visitors to long-term care facilities, the new guidelines are difficult to meet. Indoor visits are limited to one person at a time and are dependent on staffing, COVID-19 testing, and whether the facility has gone two weeks without any new cases. While rules are looser for outdoor visits, those also require staffing.

Family members and advocacy groups say residents are paying a heavy price emotionally and physically under policies intended to keep them healthy. Spouses and children often provide basic care, including food, medicine, and other support.

“Every day my mother pleads with me during phone calls wanting to know when she will see me again,” Suzanne Mathis of San Francisco wrote on the Visitation Saves Lives website. “It is painful. She is lonely, afraid, and needs me now.”

Since it is unclear how long it will be before the pandemic eases, the state needs “sustainable” visitation policies as soon as possible, said California Advocates for Nursing Home Reform staff attorney Mike Dark, adding, “Sustainable would look like ensuring each resident can have at least one designated visitor and that visitor would have adequate [personal protective equipment] to visit.” He called such changes “essential” for residents’ survival. —Julia A. Seymour 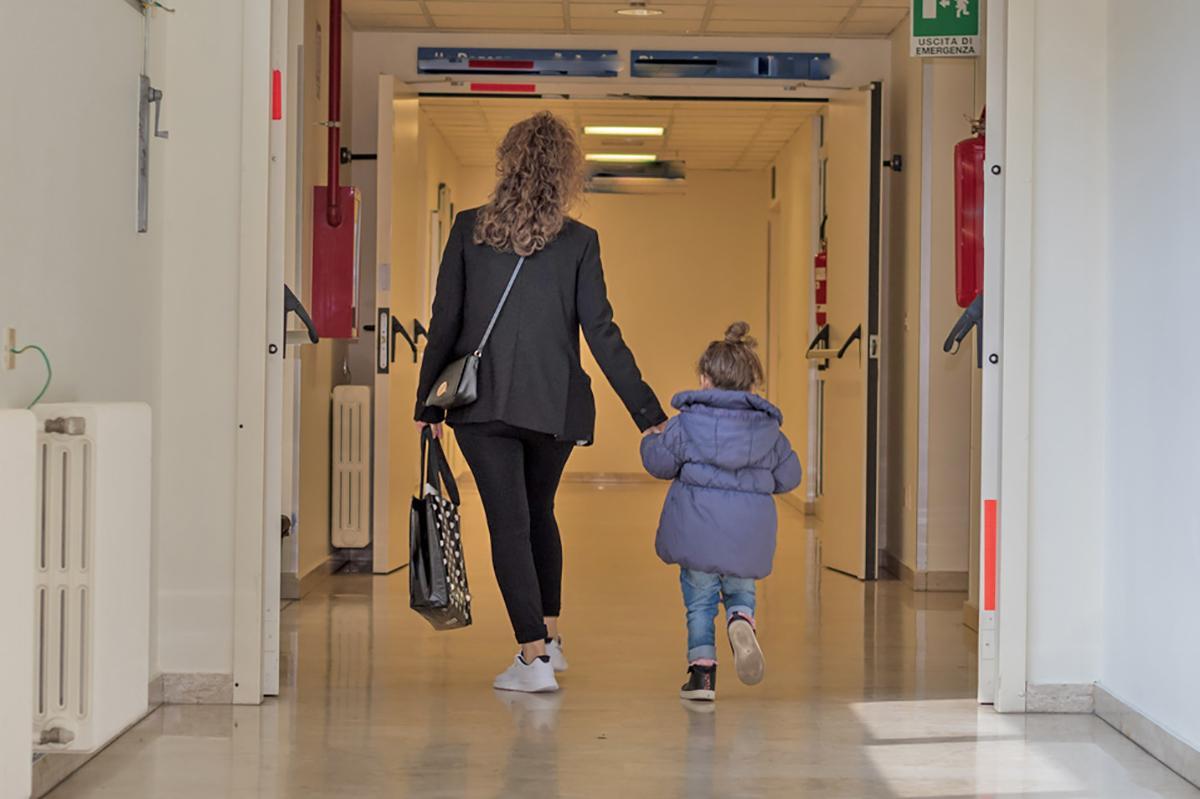 The United Kingdom’s only evangelical Christian adoption and foster organization won a partial victory in court this month against Ofsted, the government agency that oversees education and children’s services in Britain. The Cornerstone Adoption and Fostering Service sued after Ofsted denied it religious exemptions under the country’s Equality Law.

High Court Justice Julian Knowles ruled Cornerstone can selectively recruit evangelical Christian caretakers. But he disputed whether it could require caretakers to follow a Biblical sexual ethic and ruled it is discriminatory for Cornerstone to refuse to place children with homosexual couples who call themselves Christian, according to PA Media.

“The bad news is that the court bought into Ofsted’s claim that upholding the evangelical sexual ethic is discriminating on grounds of sexual orientation,” said Simon Calvert of the U.K.’s Christian Institute. “In fact, the judge went further and sought to tell Cornerstone what the evangelical sexual ethic is. That is clearly not the role of the court.”

Cornerstone Chairwoman the Rev. Sheila Bamber said she was “saddened” by the court’s failure to recognize heterosexual marriage as a core religious belief: “We will carefully and prayerfully consider how to continue our vocation and work to create forever families.” 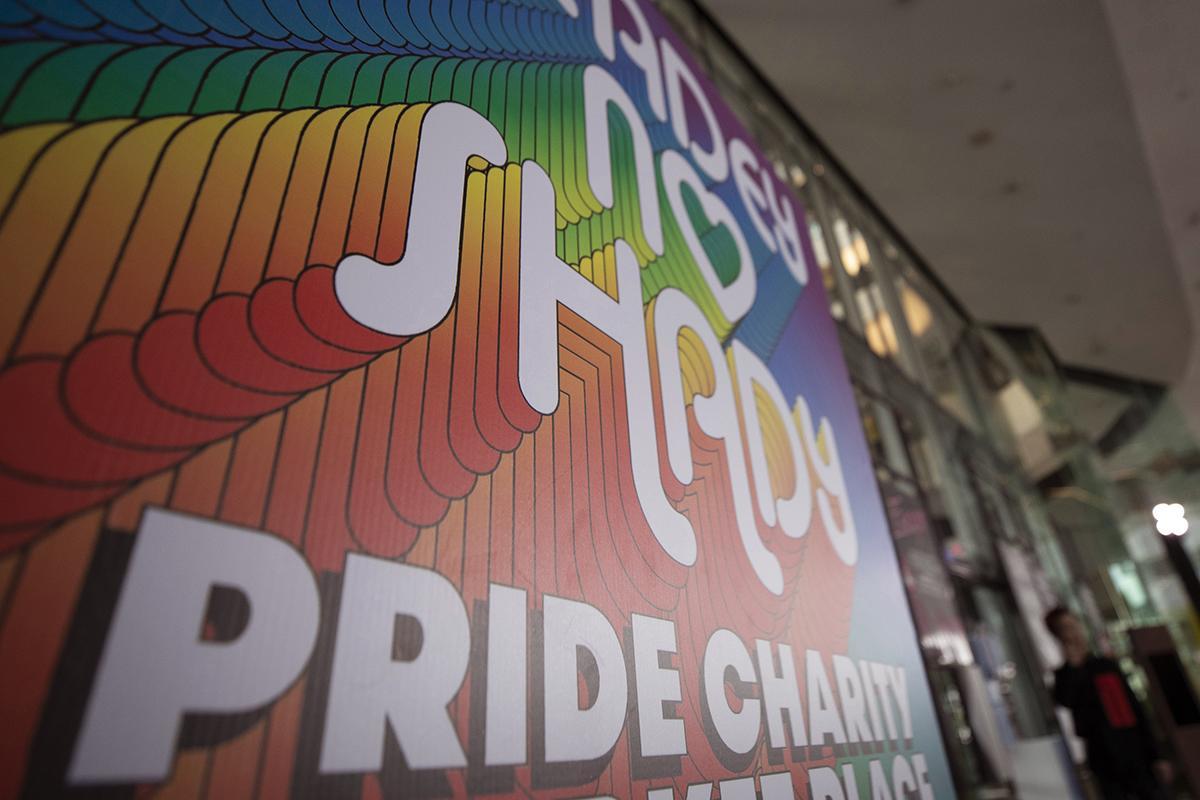 The Thai Cabinet endorsed the Civil Partnership Act and another bill this month to legalize same-sex unions in the country buts stopped short of approving gay marriage. A similar attempt one year ago stalled in parliament and provoked widespread protests.

A Thai gay rights group helped craft the latest bills. The House of Representatives will accept public comment through Aug. 17, according to the Bangkok Post. If enacted, Thailand would be the first Southeast Asian nation to legally recognize same-sex unions. One partner must be a Thai citizen and both would have to be over the age of 17 or obtain parental consent. Registered same-sex couples could adopt children and share ownership of property.

Bridger Walker of Cheyenne, Wyo., is only 6 years old and already a hero. On July 9, he protected his younger sister from a dog attack that left him with roughly 90 stitches on his face. “If someone had to die, I thought it should be me,” Walker said later about why he got between the dog and his sister.

Their aunt Nikki Walker shared the story of the boy’s heroism on Instagram and tagged actors who portray his favorite superheroes. Captain America star Chris Evans sent a video message commending the young hero and promised to send an authentic Captain America shield.

“What you did was so brave and so selfless,” Evans said. “Your sister is so lucky to have you as a big brother.” —J.A.S.