Republicans struggle to unite behind a meaningful solution to firearms violence

A mother and daughter at a rally against gun violence Aug. 7 at the Minnesota State Capitol in St. Paul Associated Press/Photo by Christine T. Nguyen/Minnesota Public Radio

Without signaling his support for a specific proposal, Senate Majority Leader Mitch McConnell, R-Ky., told a radio show in his home state that gun control legislation will be “front and center” once Congress returns to Washington from its August recess on Sept. 9.

In February, the House of Representatives passed a bill that would establish background-check requirements for nearly all firearm transfers. Federal law requires licensed dealers to complete background checks, but the rule does not cover some online purchases, sales at gun shows, private sales, or transfers. The bill would have exempted loans and gifts between family members. It earned the support of only eight House Republicans. The White House said it would veto the legislation, and the Senate never brought it to a vote.

Now, some moderate Republicans are pushing for a narrower version of the bill. Sen. Susan Collins, R-Maine, wants a background check bill that would exempt gun transfers paired with a red flag law and a crackdown on straw gun purchases, which occur when someone buys a gun for someone else.

Republicans will have a hard time passing any proposal that doesn’t have White House support. “It’s tough to move on an issue as difficult and divisive as this is without executive engagement,” Sen. Marco Rubio, R-Fla., told Politico.

After the recent shootings, President Donald Trump tweeted that Congress should consider background checks, but in an address to the nation, he dropped mention of that and instead voiced support for red flag laws.

The president said Tuesday that McConnell “wants to do background checks. I do too, and I think a lot of Republicans do. … I don’t know, frankly, that the Democrats will get us there.” McConnell has not yet publicly voiced support for background checks.

Even if Republicans can unify around a single gun control measure, it likely will have a limited effect on gun violence, Amy Swearer, a Heritage Foundation senior legal policy analyst with a focus on the Second Amendment to the U.S. Constitution, told me. She pointed to a January 2019 Department of Justice survey that found among all state and federal prisoners convicted of firearm-related offenses, only 7 percent had purchased their gun under their own name from a licensed dealer. More than half had stolen the gun or obtained it from the black market.

“Essentially, people are only getting guns in a legal manner when they know there’s nothing that’s going to stop them in a background check,” Swearer said.

The last time the Senate took up expanding background checks was in 2014, in the aftermath of the Sandy Hook shooting at an elementary school in Connecticut. The legislation, proposed by Sens. Joe Manchin, D-W.Va., and Patrick Toomey, R-Pa., failed to pass, with only four Republicans voting for it. 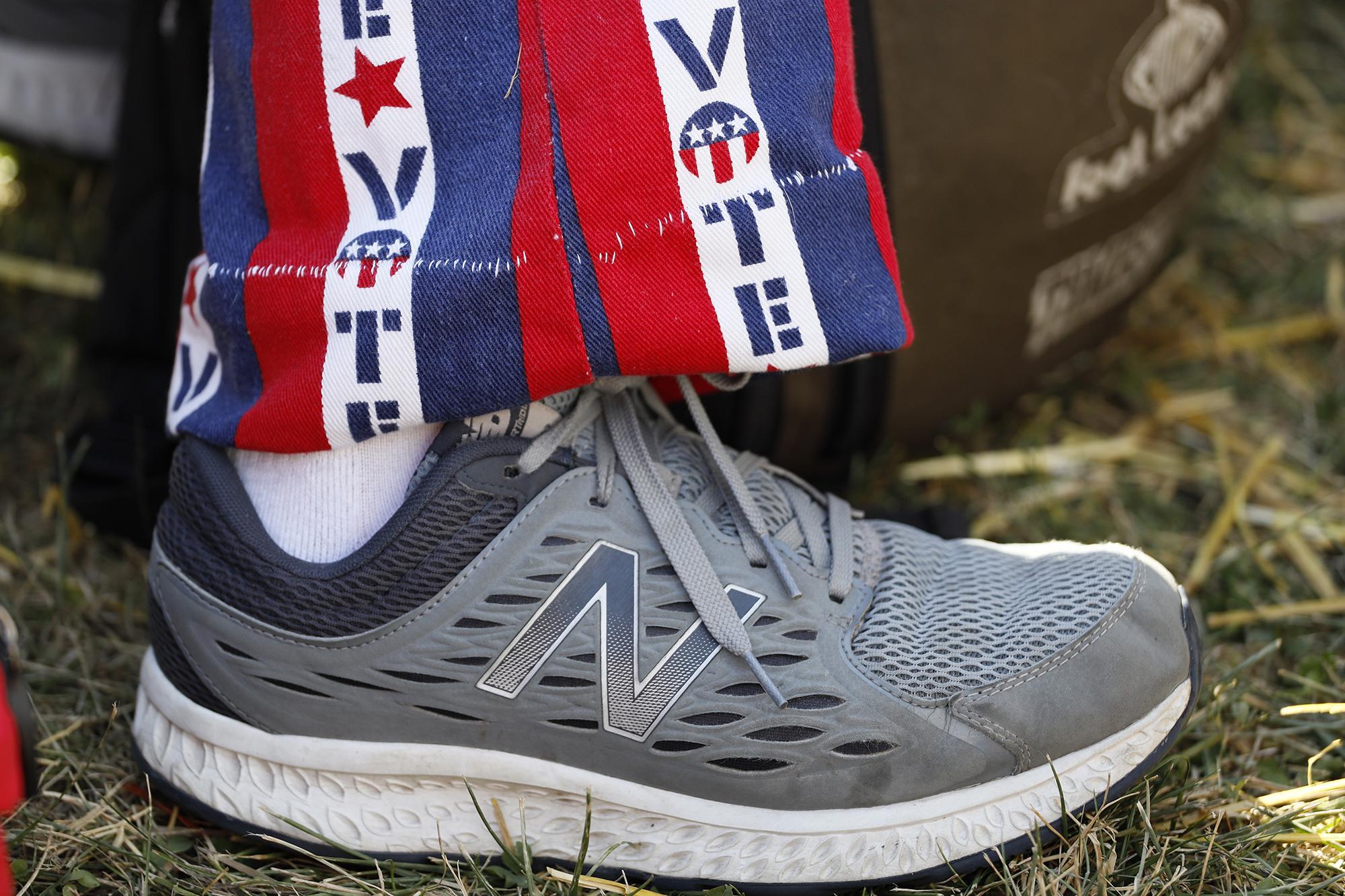 Former Colorado Gov. John Hickenlooper ended his long-shot bid for the White House on Thursday. When the Democratic hopeful announced his campaign in March, he promised to be a moderate candidate who would get things done and work with those across the political aisle. Hickenlooper never managed to rise above the bottom tier of candidates in the polls.

In his video announcement, Hickenlooper signaled he may launch a bid against Republican Sen. Cory Gardner in 2020. “I’ve heard from so many Coloradans who want me to run for the United States Senate,” he said. “I intend to give that serious thought.” Democrats have called for other presidential candidates, including Montana Gov. Steve Bullock and former U.S. Rep. Beto O’Rourke of Texas, to jump out of the presidential race and mount Senate challenges in their home states instead.

Another presidential aspirant, U.S. Rep. Tulsi Gabbard, D-Hawaii, announced Monday she is leaving the campaign trail, at least temporarily. Gabbard is deploying to Indonesia for two weeks of active service with the Hawaii Army National Guard. She told CBS News she is not worried about how the leave will affect her campaign.

Nearly two dozen Democratic presidential candidates recently showed up at the Iowa State Fair to stump for support. Front-runner Joe Biden found himself overshadowed at times by self-imposed blunders such as when the former vice president said “poor kids” are “just as talented as white kids” before he corrected himself. Sen. Bernie Sanders, I-Vt., sparred with the media at the fair, and tech entrepreneur Andrew Yang had a poignant moment discussing how to prevent accidental shootings. —H.P. 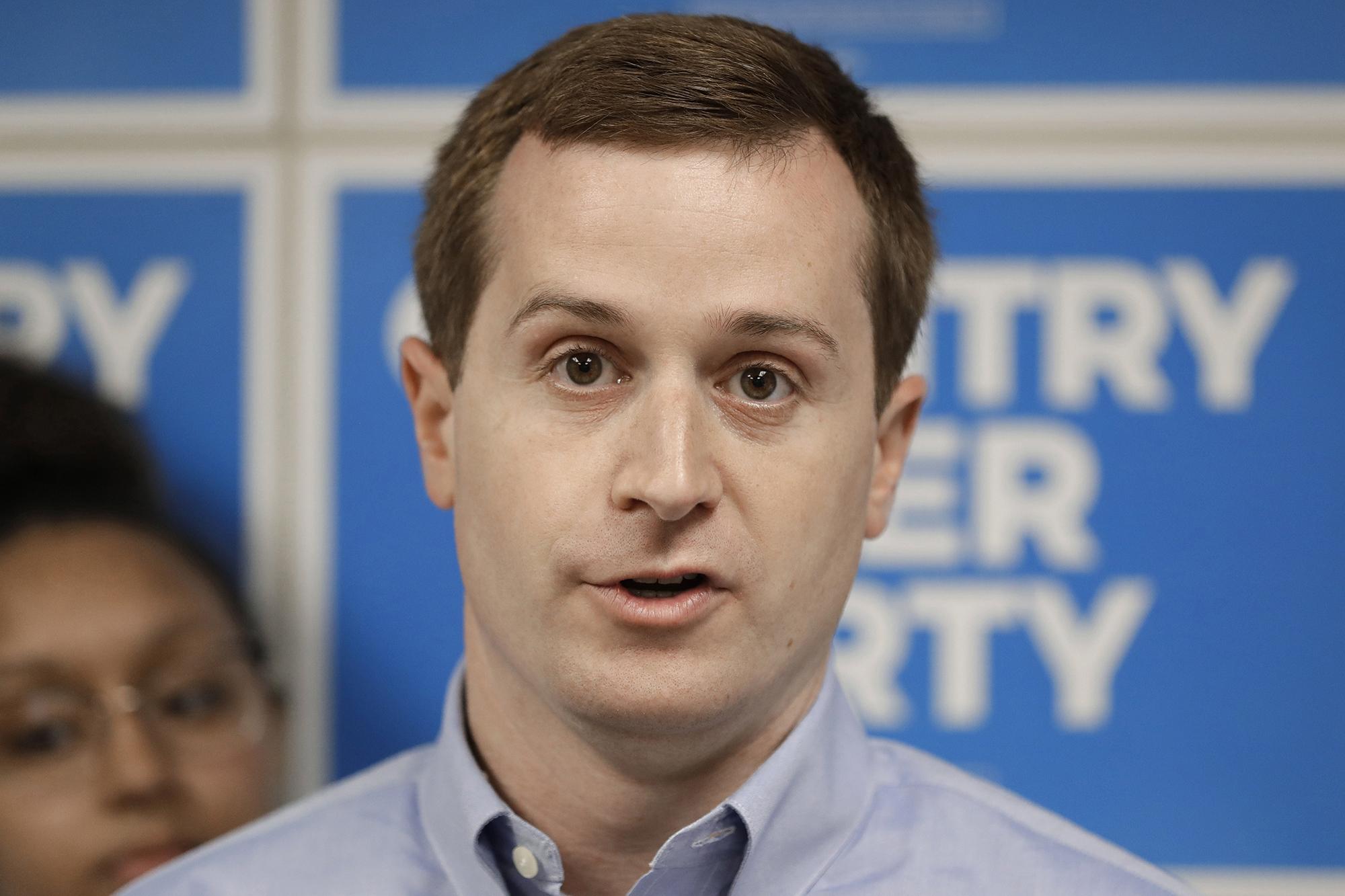 Republicans are bracing for a bruising contest in a special election scheduled for Sept. 10 for North Carolina’s 9th Congressional District seat. The latest poll from Democratic contender Dan McCready’s campaign showed him and his opponent, Republican state Sen. Dan Bishop, each with 46 percent of support from likely voters.

The election is the last of the 2018 midterm races and the first test of the 2020 election cycle. Last fall, McCready, a businessman and Marine veteran, lost to Republican Mark Harris by 905 votes. But the results were thrown out over election fraud allegations against Harris’ campaign. Harris, a former pastor who defeated incumbent Robert Pittenger in the 2018 GOP primary, opted not to run in the do-over election.

State Republicans turned to Bishop, who in 2016 authored the North Carolina’s controversial “bathroom bill” that required people to use public restrooms and locker rooms that corresponded with their biological sex. Lawmakers repealed the measure a year later.

So far, McCready has raised $3.2 million in campaign donations to Bishop’s $1.2 million, according to Open Secrets. Outside spending groups have supplemented the candidates’ war chests with $3.2 million so far, with plans to spend millions more as the election date nears.

Republicans have represented the district since 1963, and President Donald Trump carried it by 11 percentage points in 2016. —H.P.

Former FBI Director Andrew McCabe has sued the FBI and the Department of Justice for what he calls a wrongful firing. McCabe claims in his suit, filed Aug. 8, that the agencies violated his First Amendment rights because he refused to “pledge partisan allegiance” to President Donald Trump.

After the firing of FBI Director James Comey, McCabe opened an investigation into whether the Trump campaign colluded with Russia to influence the 2016 U.S. presidential election and if the president obstructed justice. Trump frequently criticized McCabe on Twitter for the move, accusing him of ordering the probe for political reasons. In March 2018, then–Attorney General Jeff Sessions fired McCabe after finding he leaked unauthorized news to the media and misled investigators afterward.

The “other 40%” were bought illegally, or given/transferred by one person to another who would not be able to possess a gun legally.

How is a gun bought illegally? If one buys a gun from a dealer, there is a criminal background check. (This includes sales by dealers at gun shows, the vast majority of gun show sales being by licensed dealers) In addition to a felony conviction, factors such as misdemeanor domestic violence convictions, misdemeanor drug convictions, and dishonorable discharge from the military can prevent a gun purchase.

But there are other reasons a gun purchase should be denied, which might not show up in a background check. The prospective buyer must fill out a questionnaire on the federal Form 4473, which asks about a number of disqualififying characteristics. For instance, the buyer is asked “Are you a user of illegal drugs?”  If the prospective buyer is a drug user who has never been caught and convicted, he might lie and answer “No.”

While lying on the Form 4473 is a felony with a possible 5 year sentence, prosecution is quite rare.

Another type of illegal purchase/transfer is a private person-to-person sale, or gift without payment, which does not require a background check in most of the US, to a person who cannot legally possess a gun, i.e. convicted felons, etc. I myself have bought and sold guns with friends/fellow members of my gun club, but will sell to a person I don’t know, only if a person I know well can vouch for him. Other than that, I have sold guns through licensed dealers so the buyer is subject to a criminal background check.  Prudent gun owners no longer run a classified ad and sell a gun to whoever shows up with cash in hand.

As for suicides, it is very hard to prevent a determined person from taking his own life.  There are just so many ways of doing oneself in: deliberate car crash, overdose of prescription meds, jumping off a bridge, etc. Those who choose to use a firearm probably do so because they figure it will be quick and thus relatively painless.   And yes, there are plenty of suicides on record where a person legally purchased a gun with the intention of using it on himself.

So, only 7% of prisoners bought their guns legally. More than 50% were stolen. What about the other 40%? However, is it correct to say that when it comes to mass shootings, most of the guns were purchased legally? And tho the mass shootings get all the headlines, it is the everyday one-on-one shootings that kill many more people (via stolen guns). I also read that half of the USA shooting deaths are suicide. Would more background checks prevent suicides and mass shootings?