The florist, the baker, and the policymakers

A ruling by the U.S. Supreme Court on Monday in the case of Christian florist Barronelle Stutzman linked her fate to that of Jack Phillips, the baker who stood by his convictions about marriage and won a narrowly focused high court victory earlier this month. The justices ordered the Washington state Supreme Court to reconsider its ruling against Stutzman in light of the decision in Masterpiece Cakeshop v. Colorado Civil Rights Commission.

The state court should pay particular attention to the anti-religious hostility emphasized in the June 4 Masterpiece Cakeshop ruling, said Kristen Waggoner, Stutzman’s attorney with Alliance Defending Freedom, which also represented Phillips. The blatant religious animus by the Colorado Civil Rights Commission toward Phillips earned it the ire of and the reversal by a majority of U.S. Supreme Court justices.

“The Washington attorney general’s efforts to punish [Stutzman] because he dislikes her beliefs about marriage are as impermissible as Colorado’s attempts to punish Jack Phillips and Masterpiece Cakeshop,” Waggoner said during a press conference following Monday’s ruling.

Stutzman’s five-year legal battle began when she declined to create floral arrangements for a longtime customer’s same-sex wedding. Washington Attorney General Bob Ferguson took her to court even before the American Civil Liberties Union sued on behalf of the couple. The courts found her personally liable for discrimination, and Stutzman could lose all business and personal assets except her house.

In Masterpiece, the high court focused on the Colorado Civil Rights Commission’s displays of anti-religious bias against Phillips. Ferguson similarly disparaged Stutzman because of her faith, her attorney said.

“Its been relentless. It’s been vindictive. And it’s unprecedented in the state of Washington for an attorney general to do what he’s done here,” she said.

The cases the attorney general chose to pursue also indicate bias. Waggoner said Ferguson refused to cite a gay coffee shop owner under the same nondiscrimination law he used to prosecute Stutzman. In a video posted online, the owner of the coffee shop, in an expletive-laced rant, told a group of Christians to leave his business.

While Stutzman may have a similarly strong defense based on religious animus, some who applauded the Masterpiece decision criticized the justices for not thoroughly addressing the key question for bakers, florists, and others: Can the government compel creative professionals to create custom-designed products in violation of their religious convictions?

Waggoner said the Supreme Court left intact or affirmed all of Phillips’ free speech and religious exercise arguments, which the Washington state court must consider in Stutzman’s case.

“While the court didn’t decide Jack’s case on the merits of the free speech claims, it certainly gave guidelines as to how courts should be looking at those cases and certainly indicated, in some cases, speech is protected,” she said.

Even with guidelines from the U.S. Supreme Court, Washington’s Supreme Court might be hard pressed to significantly alter its February 2017 unanimous decision against Stutzman.

Responding to the high court’s decision, Attorney General Ferguson said the state court “now has the job of determining whether the U.S. Supreme Court ruling affects this case. I am confident they will come to the same conclusion they did in their previous, unanimous ruling upholding the civil rights of same-sex couples in our state.”

“The justices will almost certainly have to tackle the question presented by Stutzman’s case soon, but they apparently do not intend to do it next fall,” Amy Howe wrote for SCOTUSblog. 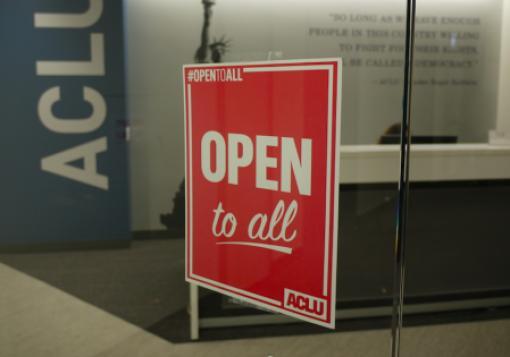 The American Civil Liberties Union has long defended offensive speech, including a Nazi march in 1978 through Skokie, Ill., home to many Holocaust survivors. The ACLU called that effort one of its finest hours, but would it take that case today?

An internal memo suggests not. The authors, national and affiliate ACLU staffers, admitted protecting speech rights sometimes conflicted with the organization’s other interests, such as abortion on demand and protecting marginalized groups. Throughout the memo the staffers worried about the optics: How does protecting speech make the ACLU look?

“Faced with perceived conflicts between freedom of speech and ‘progress toward equality,’ the ACLU is likely to choose equality,” former ACLU board member Wendy Kaminer wrote Wednesday in a Wall Street Journal editorial criticizing the memo. “If the Supreme Court adopted the ACLU’s balancing test, it would greatly expand government power to restrict speech.”

The memo’s authors admitted as much, stating that while the government cannot discriminate based on viewpoint, the ACLU, a private organization, can.

“It’s clear that free speech has become second among equals,” Kaminer wrote. “Where is the comparable set of guidelines explaining when the ACLU should decline to defend gay rights claims that infringe on religious liberty or women’s rights cases that infringe on due process?”

Barronelle Stutzman, the Washington state florist who is defending herself against an ACLU lawsuit that could cost her home and business, might be wondering the same thing. —B.P. 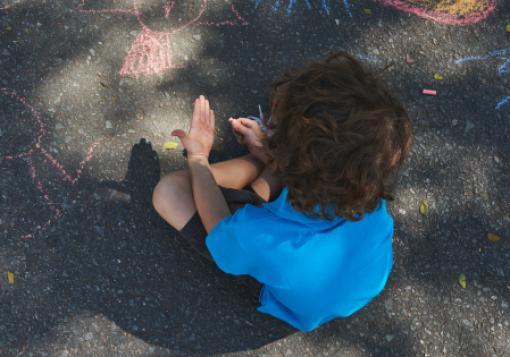 The City of Brotherly Love in April banished Catholic Social Services from Philadelphia’s pool of 26 foster care and adoption agencies. Last week, city attorneys spent three days in court defending that decision and the devastating effect it had on one little boy.

For decades, Catholic Social Services worked with the city to facilitate adoptions and foster care while openly operating by its Biblical convictions about marriage by not placing children with same-sex couples. But after discovering the Catholic charity’s operating standards, Philadelphia Councilwoman Cindy Bass demanded the city severe ties with the agency.

Religious liberty law firm Becket filed a lawsuit June 5 on behalf of Catholic Social Services asking the U.S. District Court of Eastern Pennsylvania to reinstate the contract. Bethany Christian Services, which the city also banned, did not join the lawsuit.

Lead plaintiff Sharonell Fulton has fostered 14 children and adopted two through the agency. In October 2016, Fulton took into her home an autistic boy who thrived in her care, according to the lawsuit.

Fulton reluctantly relinquished care of the boy when another family agreed to adopt him. That arrangement fell through, and when Fulton’s social worker asked if she would take the boy back, she happily agreed. But the city refused to place him back in her home because of her affiliation with Catholic Social Services.

Fulton said the city’s Department of Human Services “has not provided me with any reason—other than its dispute with Catholic Social Services—for refusing to let me care for Doe Foster Child #1. I say prayers for his return throughout the day and look at Doe Foster Child #1’s pictures every night.”

Becket attorneys said the hearing went well and they expect a ruling shortly after filing their final brief on Thursday. —B.P.

“Communism will win,” declared U.S. Military Academy graduate Spenser Rapone. But it appears the U.S. Army has had the last word.

Rapone, a second lieutenant, received an “other than honorable discharge” from the Army, according to Army Times. Photos taken the day of Rapone’s 2016 graduation from the U.S. Military Academy at West Point and posted last year revealed his pro-communist views and the Che Guevara T-shirt he wore under his uniform. That, paired with his vitriolic tweets condemning his commanders earned the self-avowed “revolutionary socialist” a military investigation and eventual discharge.

Short of a dishonorable discharge, an “other than honorable” (OTH) discharge “is the worst possible characterization of military service one can receive,” Mike Berry, a former Marine judge advocate general and attorney for First Liberty, told me.

“OTHs are not common, and they carry some of the same consequences as a dishonorable discharge, such as loss of many veteran benefits and healthcare,” Berry said. “And yes, there is a possibility Rapone may owe money to the Army, depending on the terms of his enlistment contract and his West Point appointment.”

The “revolutionary” might have better used his time at the nation’s elite military academy researching the murderous acts of Guevara before calling Vice President Mike Pence a “[obscenity] medieval, cold-blooded killer.” —B.P.