The First Step Act in action

The U.S. Department of Justice is set to take two major steps toward criminal justice reform this week following the passage of the bipartisan First Step Act in December. On Friday, the Federal Bureau of Prisons is scheduled to set free 2,200 inmates who had their release dates recalculated based on good behavior under one of the law’s provisions. Attorney General William Barr also is expected to lay out expedited rules Friday for evaluating federal inmates’ risks and needs.

The First Step Act created an easier pathway for inmates to participate in programs designed to prevent recidivism and earn reductions in their sentences. It also reduced mandatory minimum sentencing for nonviolent drug offenders with the goal of accelerating the rehabilitation of criminals and improving their chances for success after release.

A Bureau of Justice Statistics study in 2018 found that 83 percent of all state prisoners released in 2005 were arrested again at least once in the following nine years, but reentry programs can reduce recidivism rates significantly. In one such program at a federal prison in Englewood, Colo., inmates travel the country helping with repairs and construction jobs at federal government installations. Authorities say the crew saved the government nearly $30 million over three years and picked up commercial driver’s licenses and skills with heavy machinery.

“This a great opportunity for a real career outside of here,” Littlelee Ragsdale, a Wyoming man serving a nine-year sentence for distribution of methamphetamine and heroin, told USA Today. “It’s not just one of those jobs to get by. Reentry is now a realistic goal.”

Prison Fellowship, a Christian organization that advocates for criminal justice reform, hopes participants in its reentry programs will eventually qualify for early release under the First Step Act. New information expected this Friday about prisoner needs assessments could smooth the way for programs such as the Prison Fellowship Academy, which offers more than 500 hours of education for inmates on finances, time management, and other life skills.

Heather Rice-Minus, vice president of government affairs for Prison Fellowship, told me that prisons often relegate faith-based initiatives to the chaplaincy department. Those departments include representatives of more than 40 religions, which often are required to have equal numbers of volunteers and hours.

“So if there are a lot of Christians, they’d get the short end of the stick,” Rice-Minus said, noting that sometimes, that means inmates must choose between a faith-based program and a program that will reduce their sentence. “We specifically worked on language in the bill that would allow faith-based programs to have equal access. We’re confident that the act will give us that.” She hopes for additional bipartisan criminal justice reform in the future. First Step was a rare across-the-aisle effort, passing in the Senate by a vote of 87-12 and the House 358-36.

“The First Step Act proves that our Country can achieve amazing breakthroughs when we put politics aside, and put the interests of ALL Americans FIRST,” President Donald Trump tweeted in April.

But Rice-Minus believes more can be done to boost the number of religious volunteers and programs in the federal prison system to help inmates reenter the free world.

“We’re excited,” she said. “This was the first step to getting there.” 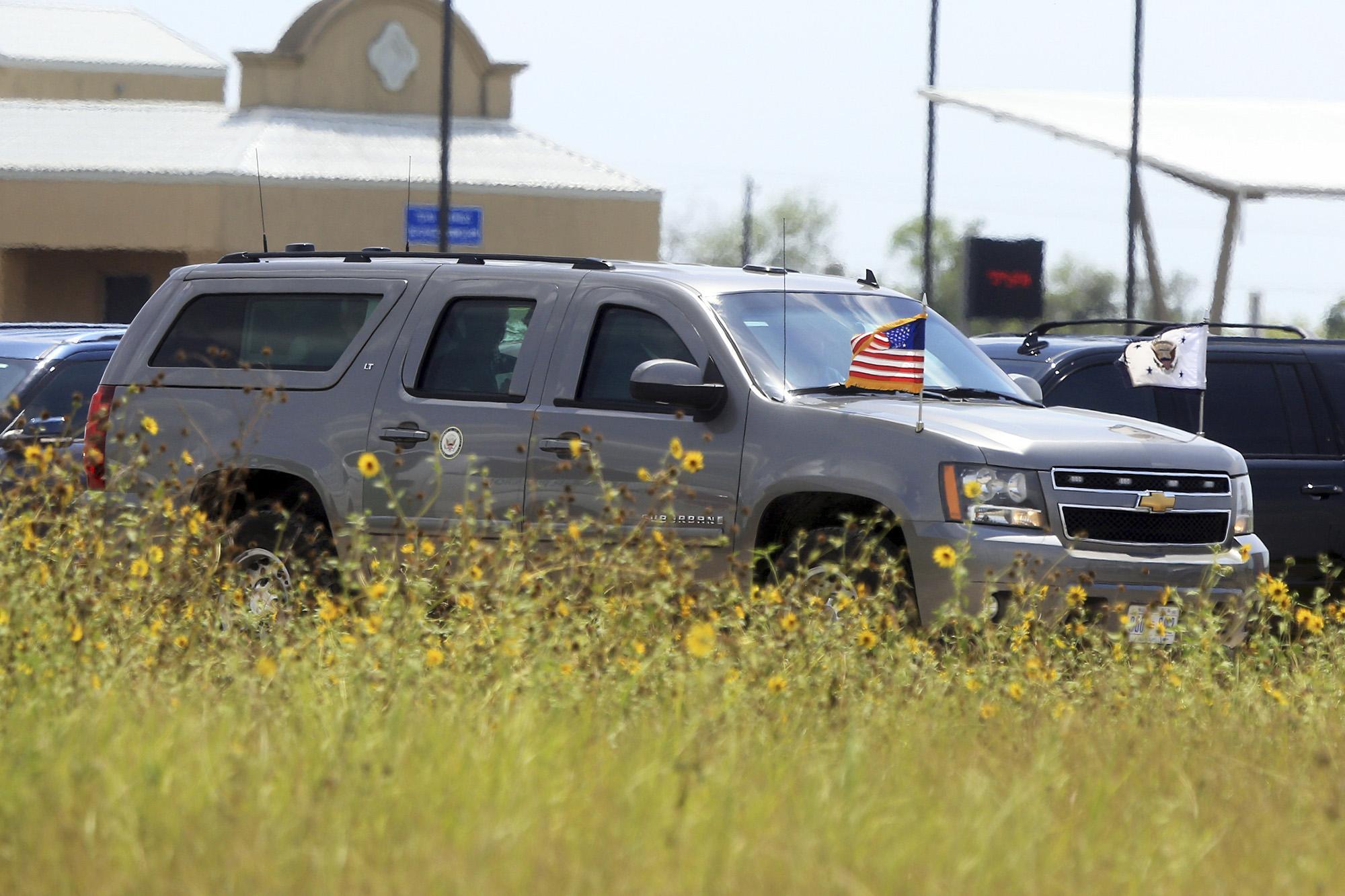 Vice President Mike Pence toured two detention facilities on the U.S. southern border Friday in an effort to respond to claims that President Donald Trump’s administration is providing inadequate care for migrants. Senate Democrats turned down Pence’s invitation to visit the facilities with him, viewing the trip as a political maneuver.

Pence first stopped at a detention center in Donna, Texas, where detainees slept on mats under mylar blankets. Many belonged to families who were set to be released within 72 hours. While some critics have compared the detention centers to concentration camps, Pence said, “What we saw today was a facility that is providing care that every American would be proud of.”

His second stop, however, at the Border Patrol Station in McAllen, Texas, revealed a facility that was much more crowded, without enough room for all the men to lie down. Some of the men said they were hungry and wanted to brush their teeth. Michael Banks, the agent in charge of the station, said the men could brush their teeth once a day and were given deodorant after showering, though some had not showered for 10 or 20 days. He also said the men ate meals from local restaurants and that the space had air conditioning and was cleaned three times a day.

Pence told CNN that the conditions at the second facility were not acceptable, and that is why the administration pushed for the $4.6 billion funding package for Customs and Border Protection that Congress passed recently. “The McAllen station, where our cells are overflowing … ought to be a very clear message to every American that the time for action is now and the time for Congress to act to end the flow of families that are coming north from Central America to our border is now,” he said.

The Trump administration has faced criticism in recent weeks over the conditions of a Border Patrol station in Clint, Texas, after a group of lawyers from Human Rights Watch reported children living there in poor living conditions. The White House has pushed for more funding to deal with the high level of apprehensions, which in June decreased for the first time since the beginning of the year, according to preliminary data from Customs and Border Protection. May saw the most apprehensions in more than a decade at 132,880, but the number dropped by 28 percent the following month to about 95,000. —Rachel Lynn Aldrich

Kyle is a former WORLD Digital news reporter. He is a World Journalism Institute and Patrick Henry College graduate.