Using abortion to control poor and minority groups around the world

Gulzia Mogdin was visiting China from Kazakhstan in December 2017 when authorities detained her for having WhatsApp on her phone. When a test found she was two months pregnant with her third child, officials forcibly aborted the baby and planned to put Mogdin in a detention camp. It was months before she made it back across the border.

Mogdin and her baby are just two of the victims of the Chinese government’s campaign of using forced abortions and sterilizations to control the populations of ethnic minority groups such as Uighurs and Kazakhs. Women who have lived in Chinese detention camps have said officials forced pregnant women to have abortions. Leaked data from one camp showed that the most common reason for detainment was having too many children. The Chinese Communist Party’s strategy undercuts the rhetoric coming out of many Western nations touting abortion as a boon to women in poor countries.

Some experts say China’s population control of Uighurs and other minorities is demographic genocide.

“It’s not immediate, shocking, mass-killing-on-the-spot-type genocide, but it’s slow, painful, creeping genocide,” said Joanne Smith Finley of Newcastle University in England. According to researcher Adrian Zenz, the crackdown on minorities in China was in direct response to their steep population growth. Muslims largely make up the country’s fastest-growing ethnic group in the past two decades, and the government sees their poverty and religion as a threat.

“There’s been a sense that the Uighurs have been hard to control,” Zenz said.

He added that the Chinese government usually made the reasons behind the imprisonment, sterilizations, or forced abortions pretty clear to women. One detainee said her former cellmate, a Uighur woman, had to recite her crimes to the camp guards, which included giving birth to too many children.

“The Chinese Communist Party is not subtle about this,” Steven Mosher of the Population Research Institute said. “It’s not as if they’re trying to convince these women to undergo sterilization voluntarily. They’re simply telling them what the rule is.”

The use of abortion to curb population growth in other areas of the world is more clandestine. In Africa, it is packaged as part of “family planning” programs, according to Mosher. Pro-abortion websites promote drug-induced abortions to women in poverty-stricken nations as a quick and easy solution to unintended pregnancies. One site even instructs women in countries that restrict the procedure on how to lie in case they need to seek emergency care after taking the abortion pill.

In recent years, the U.S.-based research organization Gynuity Health Projects has sponsored a clinical trial of the abortion pill in the West African nation of Burkina Faso. The U.S. Food and Drug Administration only approves use of the drug up to 10 weeks of gestation, but Gynuity is funding tests on pregnancies from 13 to 22 weeks. In February, a group of lawmakers asked the FDA to block the research, saying the tests endanger women in Burkino Faso, where many areas lack medical workers and the necessary supplies if the participants have complications. Gynuity plans to begin other clinical trials of the potentially dangerous drug in Colombia.

“It’s not so crazy if you think about why abortion is being pushed in the developing world,” said Dr. Donna Harrison, the executive director of the American Association of Pro-Life Obstetricians and Gynecologists. “It’s being pushed because it’s eugenic. … It has nothing to do with medical care and everything to do with eugenic population reduction.”

President Donald Trump signed the Mexico City policy in 2017 to prevent U.S. dollars from funding international abortion programs. But Mosher said the U.S. government still supports these programs indirectly since the policy does not apply to U.S.-based organizations. Planned Parenthood, for example, receives money from Medicaid and gave more than $30 million in 2017 to its international branch, Planned Parenthood Global, according to tax forms from that year. Mosher said similar indirect support applies to groups like the Population Council: “There’s a great deal of money being spent to promote these programs, so most of what you hear from the major media … are positive takes on what I call population control programs.” 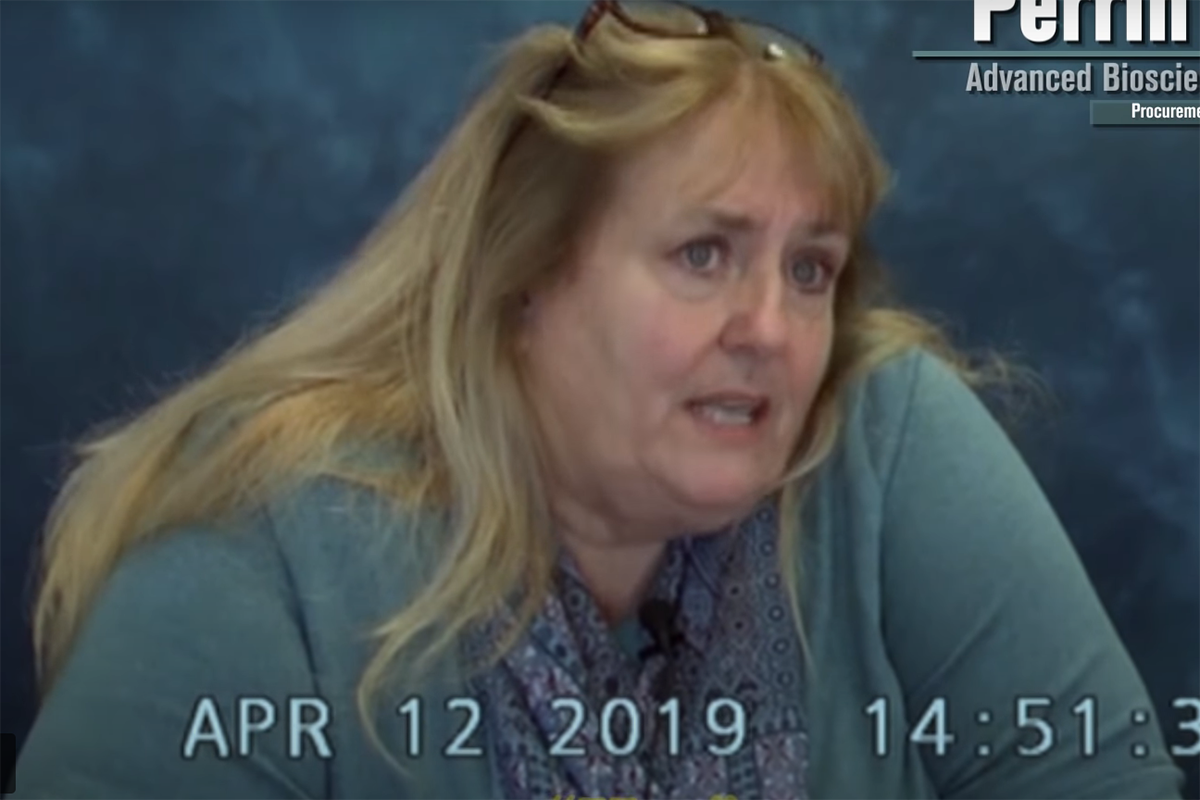 Abortionists regularly deny babies care following a failed abortion even though the children are legally a person under U.S. law, according to a new video from pro-life activist David Daleiden’s group, The Center for Medical Progress. The video, released on Tuesday, shows Planned Parenthood and Advanced Bioscience Resources (ABR) employees discussing the times abortion facilities allowed infants to die.

In the video, ABR procurement manager Perrin Larton testified that “once every couple months,” a baby can “fall out” of the mother during the abortion fully intact. When lawyers for the Center for Medical Progress asked Larton if the babies ever had a heartbeat, she said, “It would depend.” Larton added that she sometimes saw beating hearts in dismembered babies.

Jon Dunn, the CEO of Planned Parenthood in Orange & San Bernardino Counties in Southern California, also testified about a baby who was born alive during an abortion 20 years ago. When asked what his staff did for the infant, he responded, “I know they kept it warm and comfortable for the very brief period that it was alive. I don’t think there was even time to call 911.”

In February, Congress failed to pass a Born-Alive Abortion Survivors Protection Act that would have required doctors to provide medical assistance to abortion survivors or face possible prison time. —L.H. 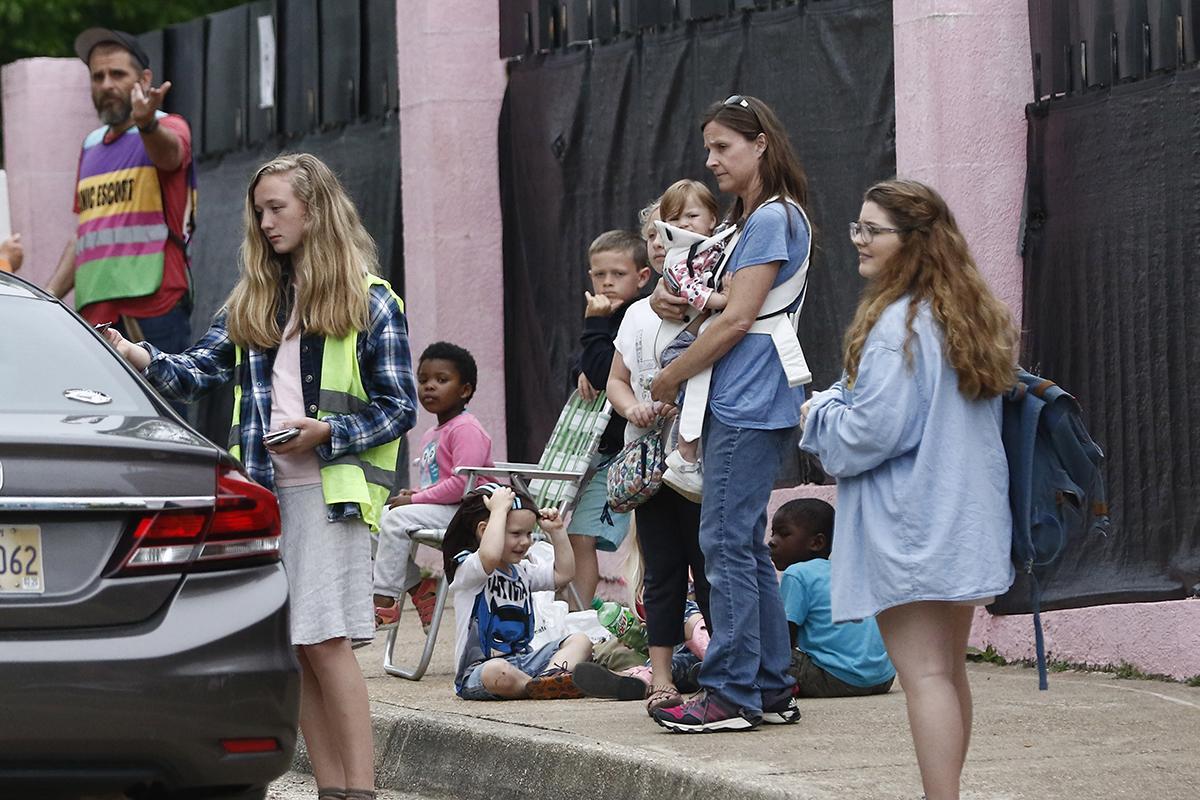 Rejected at the Supreme Court

Pro-life groups and individuals in one case challenged a Chicago ordinance that prohibits people outside of abortion centers from coming within 8 feet of another person to hand out materials or offer counseling. The 7th U.S. Circuit Court of Appeals upheld a lower court’s ruling, rejecting the argument that the laws violated free speech rights protected by the First Amendment of the U.S. Constitution.

In the second case, pro-life advocates sued over a Harrisburg, Pa., ordinance banning people from congregating or picketing within 20 feet of an abortion business. The 3rd Circuit affirmed a lower court’s decision to uphold the law.

In 2000, the Supreme Court ruled that a Colorado law limiting sidewalk counseling and protesting did not infringe on free speech rights. Other Supreme Court First Amendment rulings have since shaken but not fully overturned that precedent.

“The 7th Circuit was asking the Supreme Court to weigh in,” said Katie Glenn of Americans United for Life, “which they declined to do.”

Pro-Life Action League Executive Director Eric Scheidler called the news “a blow to freedom of speech,” saying that the Chicago ordinance “has routinely been used to harass law-abiding pro-life activists, as have similar measures [have] throughout the country.” —L.H.

A mother in the U.K. who rebuffed doctors’ advice to abort her child gave birth to a healthy baby girl in May. After a scan at 12 weeks, doctors said Kimberly James’ unborn child was developing abnormal growths and would likely die during birth due to a dangerous build-up of fluid. James said doctors advised her to abort “at least three or four times,” but she refused. In the U.K., abortion is legal up until 24 weeks of gestation if a woman’s physical or mental health is at risk and until birth in cases of fetal abnormalities.

But by 20 weeks of gestation, both conditions had resolved on their own, and Penelope was born healthy.

“We are so in love with her and so thankful that we continued with the pregnancy despite the extremely poor prognosis at the start,” James said. —L.H.

A state judge on Tuesday blocked Iowa’s new 24-hour waiting period law from taking effect. Iowa District Judge Mitchell E. Turner said Planned Parenthood of the Heartland could sue on behalf of women seeking abortions. Pro-life advocates intended the law to provide women an opportunity to consider their options before aborting their child. The law would have gone into effect the next day. —L.H.