The U.S. Supreme Court’s ruling on the Bladensburg cross could curb hostility toward religion

The U.S. Supreme Court’s 7-2 decision Thursday in favor of a nearly century-old memorial cross in Bladensburg, Md., signaled that the justices want to leave more room for religion in the public square.

The American Humanist Association sued the American Legion and local parks department to take down the 40-foot cross monument, which an American Legion post erected in 1925 to honor local men who died in World War I. A U.S. District Court judge in Maryland ruled the memorial could stay in 2015, but a three-judge panel of the 4th U.S. Circuit Court of Appeals declared the cross a violation of the Establishment Clause found in the First Amendment to the U.S. Constitution.

The case gave the justices an opportunity to clarify the court’s interpretation of the Establishment Clause, which prohibits the U.S. government from establishing an official religion. A case from the 1970s set a precedent known as the Lemon test, a multipart question used to determine whether government actions are in violation of the clause. The test, which grew out of the 1971 case Lemon v. Kurtzman, asked whether a reasonable observer would interpret a state action as an establishment of religion. The standard proved difficult to apply and led to contradictory rulings. In 2005, the Supreme Court ruled that two framed copies of the Ten Commandments on display in a couple of Kentucky courthouses violated the Establishment Clause but a 6-foot-tall granite Ten Commandments monument on the Texas Capitol grounds in Austin did not.

“The Lemon test is what has caused all this hostility to religion by the government and all these lawsuits against nativity scenes and menorahs and crosses and Ten Commandments,” said Kelly Shackelford, president of First Liberty, a law firm specializing in religious liberty cases that helped defend the American Legion and its cross in Bladensburg.

In the ruling, six justices indicated the Lemon test didn’t apply to a broad swath of cases, solidifying the place of religious symbolism and practice in the public square. But their decision still leaves some issues to be worked out in future cases. While the justices agreed Lemon doesn’t work, Justice Samuel Alito’s main plurality opinion was only signed by three others—Chief Justice John Roberts and Justices Stephen Breyer and Brett Kavanaugh—and the justices filed seven more opinions, signaling uncertainty about the new path forward. Justices Elena Kagan, Neil Gorsuch, and Clarence Thomas voted with the majority but filed separate opinions.

“They all had their own perspective they wanted to bring, so as a result you don’t have one clean sort of guidepost for the future as to exactly how they’re going to deal with the future cases,” Shackelford told me. Those cases will decide what principles will govern the application of the Establishment Clause, particularly regarding new monuments and practices that incorporate religious symbolism. Shackelford said that Gorsuch and Thomas’ concurring opinion indicated that courts should consider how long the symbols or practices have been in use in the country. But those standards still need to be worked out.

“The big thing is that the days of weaponizing the Establishment Clause to attack religion are over,” Shackelford said. 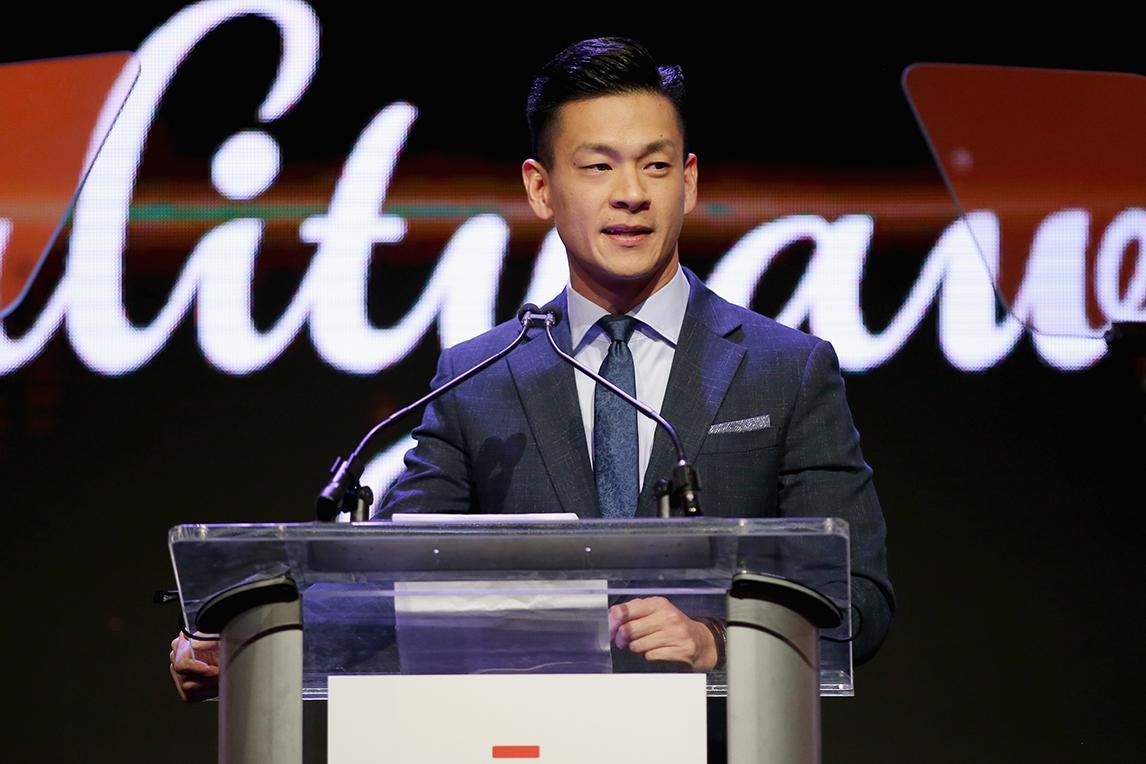 The California State Assembly approved a resolution Monday calling on religious leaders and others in positions of “moral influence” to “counsel on LGBTQ matters from a place of love, compassion, and knowledge of the psychological and other harms of conversion therapy.” The measure, which does not have the force of law, further resolves that “in addressing the stigma often associated with persons who identify as LGBTQ” the state of California wants pastors, teachers, and others to “model equitable treatment of all people of the state.”

The resolution is a toned-down version of legislation proposed last year by Democratic Assemblyman Evan Low, who is openly homosexual, that would have made it illegal to counsel an individual to embrace God-ordained sexuality or gender.

A group of physicians, counselors, and religious leaders voiced their “grave concern” about the resolution in a letter, and Brad Dacus, president of the Pacific Justice Institute, called it “a punch in the gut.”

Both houses of the California legislature passed Low’s more restrictive bill last year, but he withdrew it just before the Assembly approved the Senate’s amended version and sent it to the governor. A broad coalition of religious groups argued the bill might impede religious practices and pastoral counseling.

But that battle may not be over. Rick Zbur, executive director of LGBT advocacy group Equality California, told the Los Angeles Times last August that additional time would let advocates “tinker with the bill to make very clear that these false assertions the other side is making are not accurate.” Other legislative efforts to institutionalize a pro-LGBTQ agenda are afoot. The latest, a bill passed in the Assembly and introduced in the Senate, would mandate training for teachers on “strategies to increase support for LGBTQ pupils.”

“This kind of repeated attack makes churches vulnerable to a knockout punch later on,” Dacus said. He warned against tactical moves to divide and conquer the religious opposition to such measures under the guise of being sensitive to their opinions. He said he doesn't expect better treatment from the California legislature but hopes for a U.S. Supreme Court more sensitive to religious liberty concerns. —Steve West 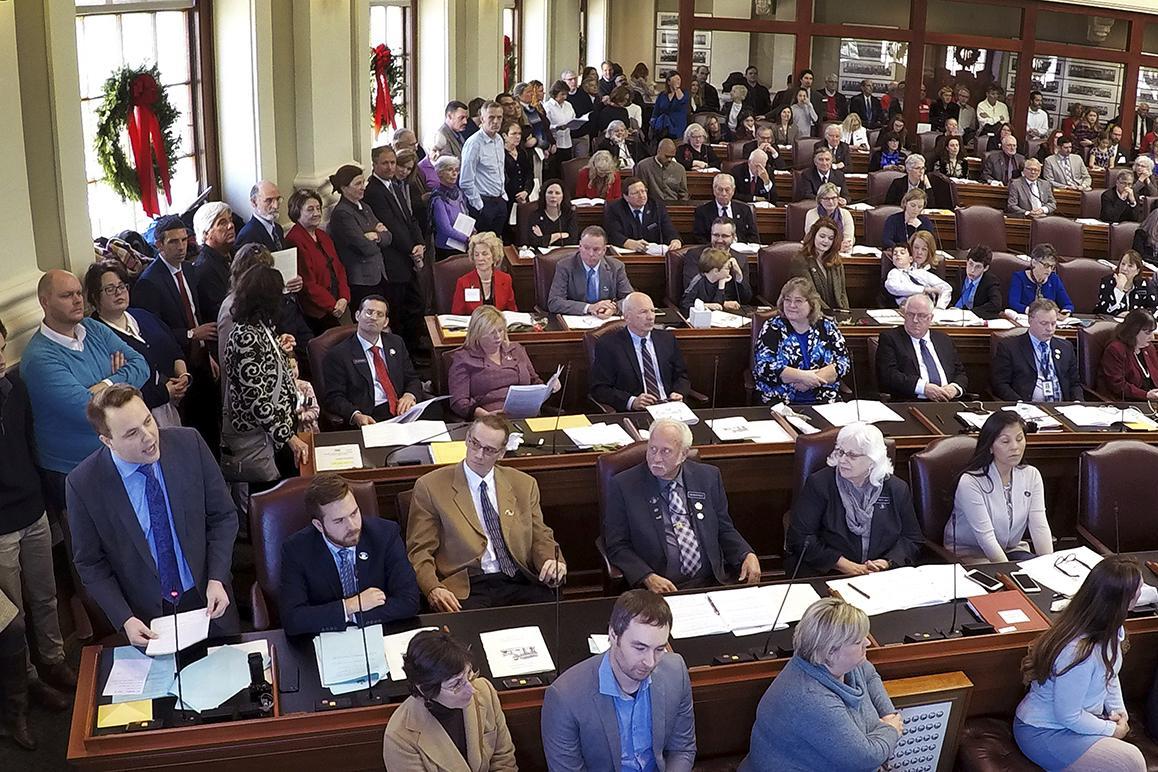 The U.S. Department of Justice filed a statement of support last week for three Maine families suing the state to pay tuition for their children to attend religious high schools. The families seek reimbursements they can apply toward the private high schools of their choice.

Maine has a long-standing state policy that provides taxpayer dollars for students who live in rural public school districts that lack high schools. But the plaintiffs argue that their choices are unfairly limited to state-approved options and do not include desirable local alternatives like religious schools. They cite the 2017 U.S. Supreme Court ruling in Trinity Lutheran Church of Columbia v. Comer, which stated that the government cannot exclude a school from a public benefit for which it otherwise qualifies just because it is religious.

The Justice Department contends that Maine has failed to adequately defend its exclusion of religious schools from the school choice program. The statement was one of several the department has filed across the country in response to President Donald Trump’s 2017 executive order promoting free speech and religious liberty.

“The law has changed over time and now it’s time for the court to look at this thing as a constitutional right,” said Steven Whiting, an attorney who filed a friend-of-the-court brief on behalf of an Orthodox Jewish organization. “School choice shouldn’t depend on whether you’re religious or not.” —Laura Edghill 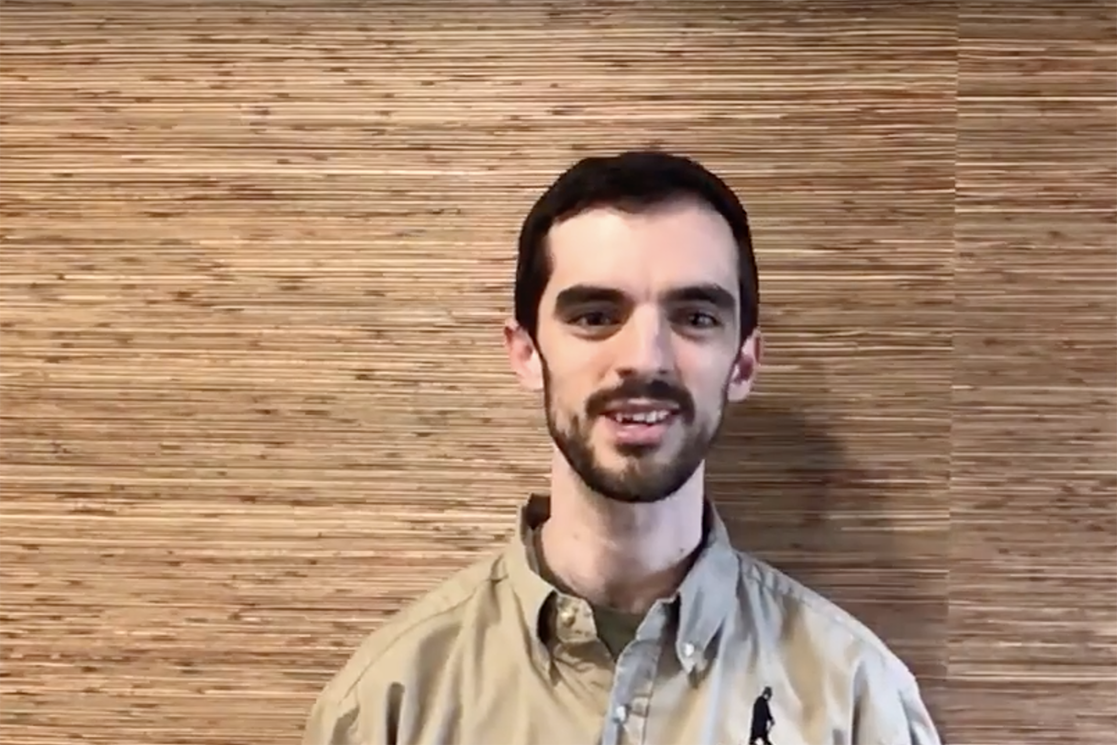 A Brownsburg, Ind., teacher fired for refusing to use transgender students’ preferred names has sued the local school board, saying school policy conflicts with his religious beliefs.

According to the June 18 complaint filed in U.S. District Court, John Kluge, a teacher employed by the Brownsburg Community School Corporation (BCSC) since 2014, is a Christian who believes that it is sinful to promote transgender behavior. During the summer of 2017, the BCSC began allowing students to use the restrooms of their choice and change their names in the school database to a preferred, transgender name. Though the BCSC originally agreed to accommodate Kluge’s beliefs by allowing him to call students by their last names, officials later withdrew the accommodation and accepted his resignation, which he says was coerced.

At a news conference on Wednesday, Kluge said he was terminated because “Brownsburg exalted sexual liberty over religious liberty by coercing teachers into speaking in a way that promoted a controversial sexual agenda rather than teaching the course content and loving the students,” according to WISH-TV in Indianapolis. —S.W.

It was a disappointment not to read the Supreme Court vote tally in regards to the Bladensburg Peace Cross case. I had to look it up elsewhere (and was not at all surprised). The same two justices who dissented on the cross monument vote, Ruth Bader Ginsberg and Sonia Sotomayor, also voted against Colorado baker Jack Phillips. Seven other justices determined that the state of Colorado had treated him with extreme prejudice because of his faith.