‘The constitution has changed, but the facts have not’

A pro-life campaigner listens as results of the referendum vote are released. Associated Press/Photo by Niall Carson/PA

Pro-life advocates in Ireland watched in dismay Saturday as their country paved the way for legalized abortion through 12 weeks of pregnancy.

Two-thirds of the 2.2 million Irish voters that turned out for the referendum voted to scrap the country’s Eighth Amendment to the constitution. It gave unborn babies the same legal rights as their mothers, effectively outlawing abortion in every case except when the mother’s life was in danger.

The “Yes” side voted by 66.4 percent to repeal the amendment, almost exactly the same percent of voters that ushered in the law in 1983. The Oireachtas, Ireland’s parliament, may now introduce legislation to legalize abortion up to 12 weeks gestation.

“Today is a sad day for Ireland and for people who believe in genuine human rights,” Cora Sherlock, spokeswoman for the Pro Life Campaign in Ireland, tweeted Saturday as results came out. “The struggle to defend the most vulnerable has not ended today, it’s just changed. Thank you to all the incredible people who worked so hard to protect women and save babies. We fight on.”

Pro-life advocates made a tremendous effort to retain protections for the unborn. They knocked on doors, hung signs, marched through city streets, and prayed.

Kathy Sinnott, a former member of the European Parliament and Irish pro-life activist, told me “people on the ground worked heroically, and it got people to their knees in an incredible way, which we have not seen in a long time.”

The New York Times called the vote a “rebuke to Catholic conservatism” that swept aside “generations of conservative patriarchy,” and The Guardian editorialized that the vote was “ a ringing victory for humanity, for honesty, and for women’s rights.”

Sinnott called the Catholic Church in Ireland “scandalously quiet” throughout the campaign. Local bishops made statements in favor of protecting the unborn, but none fought for life on a national level, she said.

Those favoring repeal constantly tore down pro-life signs trying to remind people the referendum was about unborn babies, Sinnott added. The resounding message from the media, public figures, and government officials was “that women were in danger, the Catholic Church is oppressive, in everything the baby was invisible.”

Facebook and Google added to the pro-lifers’ uphill battle when just weeks before the vote the companies banned ads having to do with the referendum.

Pro-life advocates vowed to continue their fight. The LoveBoth campaign tweeted on Saturday, “Our campaign does not end with the referendum, but when the government properly supports the mother and child.”

Fellow pro-life group #Savethe8th issued an official statement saying it will stand against future legislation to legalize abortion, as well as future abortion centers in Ireland.

“Every time an unborn child has his or her life ended in Ireland, we will oppose that, and make our voices known,” the group wrote. “Abortion was wrong yesterday. It remains wrong today. The constitution has changed, but the facts have not.” 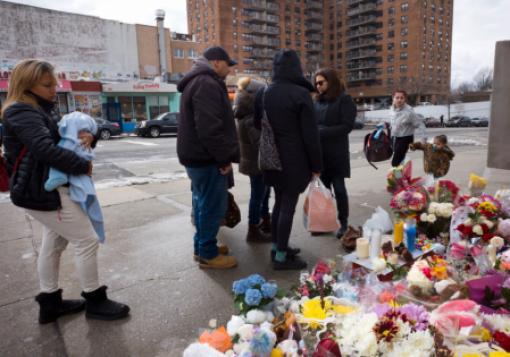 People gather at a sidewalk memorial in Brooklyn for two children killed when they were struck by a car. Associated Press/Photo by Mark Lennihan (file)

Dorothy Bruns, the New York driver who hit several pedestrians with her car after running a red light in Brooklyn, will face no charges for the death of actress Ruthie Ann Miles’ unborn daughter.

The March 5 accident killed Miles’ 5-year-old daughter and injured Miles, who miscarried on May 11. It also killed the 1-year-old son of Miles’ friend, who was walking with her.

Because New York law does not recognize the unborn as human, Bruns only faces charges for the deaths of the other two children. She faces 15 years in prison if she is convicted of manslaughter.

Meanwhile in Virginia, a doctor lost his medical license and may be deported to Pakistan after slipping abortion drugs into his ex-girlfriend’s tea. A judge sentenced Sikander Imran to three years in prison for fetal homicide.

Only 12 states and the District of Columbia have no laws on fetal homicide, a slim protection for the unborn against attacks on the mother. —S.G. 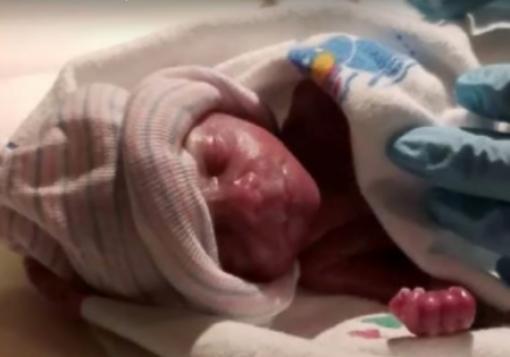 People gather at a sidewalk memorial in Brooklyn for two children killed when they were struck by a car. Associated Press/Photo by Mark Lennihan (file)

The video of a mother pleading with hospital staff in Columbus, Ohio, to help her premature newborn twins has reignited the debate over when doctors should intervene to save babies born close to the age of viability.

Pro-life group Created Equal, which released the video, said the staff at Riverside Methodist Hospital had promised to help the babies if the mother delivered them at 22 weeks five days. But after their birth, doctors and nurses stood by and refused to intervene.

“Promise me you’re going to save him,” the mother pleaded as the tiny babies gasped for breath.

The hospital allegedly called the cased “closed” and issued birth certificates that labeled the twins stillborn. Created Equal said one baby, named Emery, lived for 45 minutes, while the other, Elliot, lived two and a half hours. —S.G.

Euthanasia requests in Quebec more than tripled in the first two years it was legal, according to a report by the Protection of Conscience Project. Deaths from euthanasia increased by about 67 percent from 2016 to 2017, with 757 deaths due to euthanasia last year. Of all deaths in the Canadian province, 1.2 percent are now due to euthanasia. —S.G.