A rally for transgender rights in Chicago, Ill. Getty Images/Photo by Scott Olson

The law prevents schools from adopting policies that require students to use restrooms based on their biological sex. It stops short of forcing schools to open restrooms and locker rooms based on gender identity but orders districts to at least find “reasonable alternative arrangements.”

In other states, those reasonable arrangements often mean single-user, unisex facilities. But transgender advocates have challenged such accommodations as discriminatory in Virginia and Pennsylvania. In those cases, transgender students have argued anything less than unfettered access to single-sex facilities would trample their rights.

Still, the gay rights group Garden State Equality applauded Christie’s support for LGBT youth. The New Jersey law also requires the state to encourage schools to let students use the name, pronoun, and dress that correspond with their gender identities.

In Minnesota, education officials just adopted a toolkit giving guidance to schools about dealing with “gender-nonconforming” students. It’s not binding, but the Minnesota Family Council noted it ignores concerns from gender-conforming students and their parents. Among other things, it encourages teachers to ask students as young as kindergarten about their “preferred” pronoun. Parents who spoke out against the toolkit said it “encourages teachers to teach false conceptions of gender.”

Schools all over the country are scrambling to develop their own policies toward transgender students. The Obama administration tried to mandate a one-size-fits-all approach in 2016 by threatening to withhold federal funds from any district deemed transgender-unfriendly. The Trump administration rescinded that threat earlier this year, saying each state should be allowed to make its own rules with input from parents and students.

Transgender rights groups cried foul then, and now they’re sending state educators thinly veiled lawsuit threats. In a letter last week, 50 civil rights groups urged state officials to require schools to adopt open restroom policies. Anything less than full access, the groups wrote, violates students’ constitutional rights: “And when schools fail to comply with the law, they will continue to be subjected to lawsuits filed by and on behalf of aggrieved students.”

Many court-watchers see the transgender bathroom access fight as the next same-sex marriage battle. Advocates want to expedite lawsuits to the Supreme Court, where they hope justices will side with their interpretation of constitutional rights. At least one federal court already has. The 7th U.S. Circuit Court of Appeals ruled in May that a girl in Wisconsin should be allowed to use the boys facilities. The court dismissed claims of “hypothetical” harm to boys who didn’t want to change in front of a girl. The Kenosha Unified School District, which lost the case, hasn’t yet decided whether to appeal. But if that case doesn’t make it to the high court, another one soon will.

Anticipating that legal battle, Texas conservatives are trying to get ahead of the federal courts by setting a precedent in state law. During a 30-day special session that started last week, legislators will consider a bill that maintains the status quo for single-sex facilities, which have always been based on biology. The state Senate passed the bill during the regular session, but the House limited it to public schools. Even then, the measure failed to get enough votes to pass. Despite support from Texas Gov. Greg Abbott and Lt. Gov. Dan Patrick, any restroom access restrictions face a stiff fight. The Texas Association of Business announced a $1 million advertising campaign against any restroom access measures, warning of “terrible economic consequences.”

North Carolina, the only other state to adopt a law governing restroom use in public facilities, scaled back its measure earlier this year after intense pressure from businesses, sports leagues, and other national groups. Abbott isn’t worried about boycotts, and he’s never been hesitant to defend conservative policies in court. If he can secure enough votes to get something passed before Aug. 18, a date with a federal judge probably won’t be far behind. 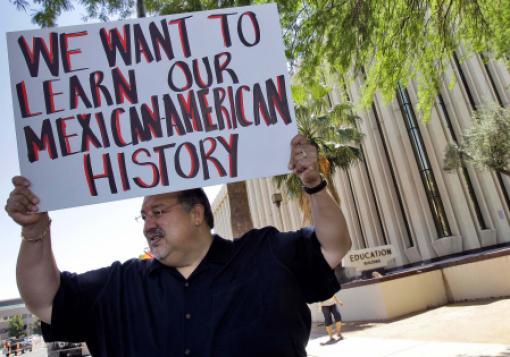 Students in Tucson, Ariz., are waiting for a final ruling in their bid to bring back a popular Mexican-American studies program shuttered by a 2012 state law banning public school classes designed to promote ethnic solidarity or encourage resentment toward another race. Legislators adopted the rule in 2010 in response to concerns about the program, which was created in 1998 to encourage Latino students to stay in school.

While educators called it effective, the head of the state’s public school system called it radical. Tom Horne, who helped draft the law while serving as state superintendent, said last week the program encouraged Latino students to feel like victims and idolize controversial figures like Argentine revolutionary Ernesto “Che” Guevara.

“You have a right to advocate for all those things, but not on the taxpayers’ dime in our public schools,” Horne said during testimony in the two-week federal trial.

The district shuttered the program in 2012 to avoid losing state funding. Angry students protested and eventually filed suit. Courts upheld most of the law but are now trying to determine whether lawmakers adopted it with discriminatory intent. Lawyers for the state denied that charge.

“The evidence shows that concerns existed that the program was based on a divisive, separatist, politicized pedagogy that taught students to see themselves as exemplars of an oppressed ethnicity rather than as individuals with the opportunity to control their own destinies and achieve their own goals,” they wrote in court filings.

Horne’s opposition to the program began when a Tucson school invited one of his aides to rebut a teacher’s argument that all Republicans “hate Latinos.” Students put tape over their mouths and turned their backs on Horne’s aide during the presentation, eventually walking out of the room. Horne called their reaction “extremist.”

Tucson adopted a new curriculum in 2015 that meets state requirements. The judge is expected to issue a ruling in the next few weeks. —L.J. 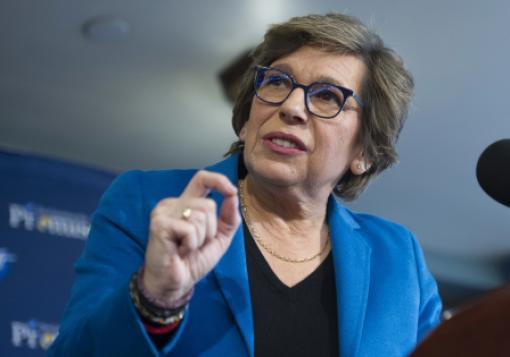 Randi Weingarten, president of the American Federation of Teachers, caused a furor last week when she called private schools supported by vouchers “only slightly more polite cousins of segregation.”

“Make no mistake: The ‘real pioneers’ of private school choice were the white politicians who resisted school integration. But neither facts nor history seems to matter to this administration,” Weingarten said.

School choice advocates, especially from the African-American community, have lined up to rebut Weingarten’s comments.

“History didn’t just start last week or 20 years ago. The private school reality for most American children of color started because black folks weren’t getting a fair shake in traditional public schools,” said Kevin P. Chavous, a former Washington, D.C., councilman who serves as a board member for the American Federation for Children, the school choice advocacy organization started by Education Secretary Betsy DeVos. —L.J.

Administrators at the University of California, Berkeley, are trying hard to show they’ve learned the free speech lessons they claim originated on their campus 50 years ago. (That’s almost as ridiculous as Al Gore claiming he invented the internet, but I digress.) Berkeley College Republicans are trying to bring yet another conservative speaker to campus, and administrators are at least trying to appear welcoming, if not enthusiastic. The group requested a venue to hold 500 people for a Sept. 14 speech by former Breitbart editor Ben Shapiro. Administrators initially said all large venues on campus already were booked. When that prompted cries of discrimination, administrators offered to foot the bill for another venue of the Republicans’ choosing. Both sides are trying to work out the details. But even if they find a venue, it’s not clear whether Shapiro’s speech will actually happen. Administrators canceled two previous appearances by conservatives, one by provocateur Milo Yiannopoulos and another by commentator Ann Coulter, amid threats of violent protests. The College Republicans have sued over Coulter’s canceled event. —L.J.

Is insanity contagious?  Good grief!  How can so many people, especially the "science is god" crowd, completely dismiss basic genetics.  It is as if we have reverted back to the middle ages.

Randi Weingarten's rants of racism cause me to respect her and the American Federation of Teachers less.  Who would want people who condone such closed minds teaching their children?