The arrival of pod schools

Families band together to weather the education disruptions of COVID-19

When her son’s school district announced it would administer classes completely online in the fall, Katy Young of Kensington, Calif., knew her family needed a better solution. She and her husband, Ryan, are repurposing an old 24-foot-wide, 16-foot-tall aluminum geodesic dome into a schoolhouse for their son Derek and five other elementary-aged neighborhood boys this fall. They hope to find someone to manage their children’s online schooling during the day.

“We’re all more-than-full-time working professionals, and it’s simply not sustainable for us to have our children at home and trying to teach them distance learning,” Young said.

As schools across the country begin releasing back-to-school plans during the ongoing coronavirus pandemic, parents are looking for ways to balance their work lives and their children’s virtual learning. Some have responded by forming “pods”: groups of families who share the responsibilities of online schooling. These pandemic pods take many forms based on the needs of families and the local districts’ plans, ranging from structured classroom replacements to casual field trip groups.

Christian homeschoolers have relied on such pods for years. Large swaths of the parents who have opted out of traditional schooling use co-ops and joint classes in their educational curriculums. When schools started shutting down in the spring, Classical Conversations CEO Robert Bortins said schooling in complete isolation is almost as foreign to most homeschoolers as it is to public school families. “We’re not used to sitting in homes,” he said. “We’re used to being in clubs and at co-ops and communities and playing different sports.”

The idea began gaining traction among public school families in July as districts started releasing reopening plans, many of which relied heavily or entirely on online classes. In less than a month, a Facebook group called Pandemic Pods–Main gained 30,000 members. With subgroups based on location, parents post what kind of pod they want to form and the grades their kids are entering.

Young and her pod are planning a formal approach for the fall. She formed a limited liability company for the group to manage finances and pay the person supervising the students a monthly salary of $6,000. Each family pitches in $1,000 a month. All the parents work full time, and the public school only provides two to three hours’ worth of material for lower elementary students. They need someone to supervise the students and supplement the provided materials while the parents work.

Others take a more flexible approach. Zurii Malia, an online educator in Las Vegas, said she has a handle on her four kids’ education for the coming year. She formed an online pod to provide socialization and enrichment learning. She plans to meet with other families just once or twice a week for physical activities and local excursions.

Some education advocates are concerned that the rise of pandemic pods will exacerbate inequality in education. “The idea that if I pull out my child, it’ll be better for the district, is quite the opposite,” L’Heureux Lewis-McCoy, an educational sociologist, told The New York Times.

He explained that pods mean privileged students get something like a mini-private school while everyone else continues, possibly with less financing: “The truth of the matter is, we’re staring down the barrel at something that is going to divide and widen the gaps between kids.”

Mara Linaberger is the founder and COO of Micro-School Builders, which provides training and materials to educators looking to start microschools. She said the question of equity is certainly at play.

“People are going to reach out to people that they know, people that are like themselves,” Linaberger said, adding that pods using the public school curriculum simply need someone present to help students sign into classes and stay concentrated on work, a possibility for every income bracket despite the time commitment.

It’s also unclear whether more structured pods qualify as child care centers or will face any kind of regulation. Government officials haven’t addressed the trend, which may only last as long as the pandemic. In the meantime, many parents likely find themselves in the same spot as Young: “I’m going to do what’s best for my kid and hope that it all turns out fine.” 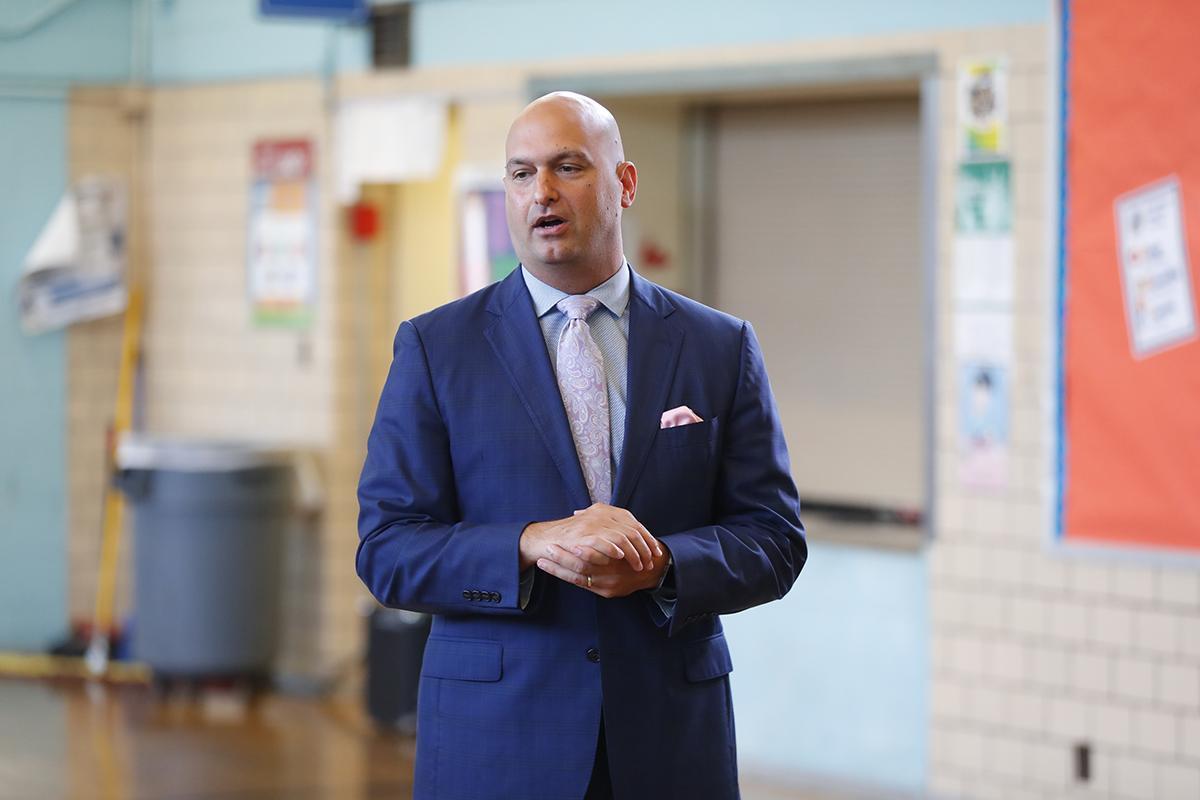 The Detroit Public Schools Community District had a shaky first day of summer school on July 13. Protesters physically blocked buses attempting to exit the district’s garage compound, leading to disruptions and delays for students attending the voluntary on-site classes. After the coronavirus pandemic shut down all schools in Michigan in mid-March and threw the spring semester into turmoil, DPSCD Superintendent Nikolai Vitti launched the optional summer session to help students regain some of what they lost. He told CNN the school district has seen a “desperate need” for in-person learning: “The online learning wasn’t ideal, and our children have fallen farther behind.”

Hundreds of students showed up, but dozens of protesters objected to the district restarting in-person instruction during the pandemic. The protests quickly became a daily occurrence, with law enforcement officers arresting demonstrators and towing vehicles blocking streets along bus routes.

A group of school employees, parents, and students sued the district and the state of Michigan on July 15, arguing the program was unsafe and should be shut down immediately. A federal judge ruled classes could continue provided the district tested all students for COVID-19. As of Monday, 359 summer school students had undergone testing with three positive results. An estimated 630 to 650 students take part in the program. —L.E. 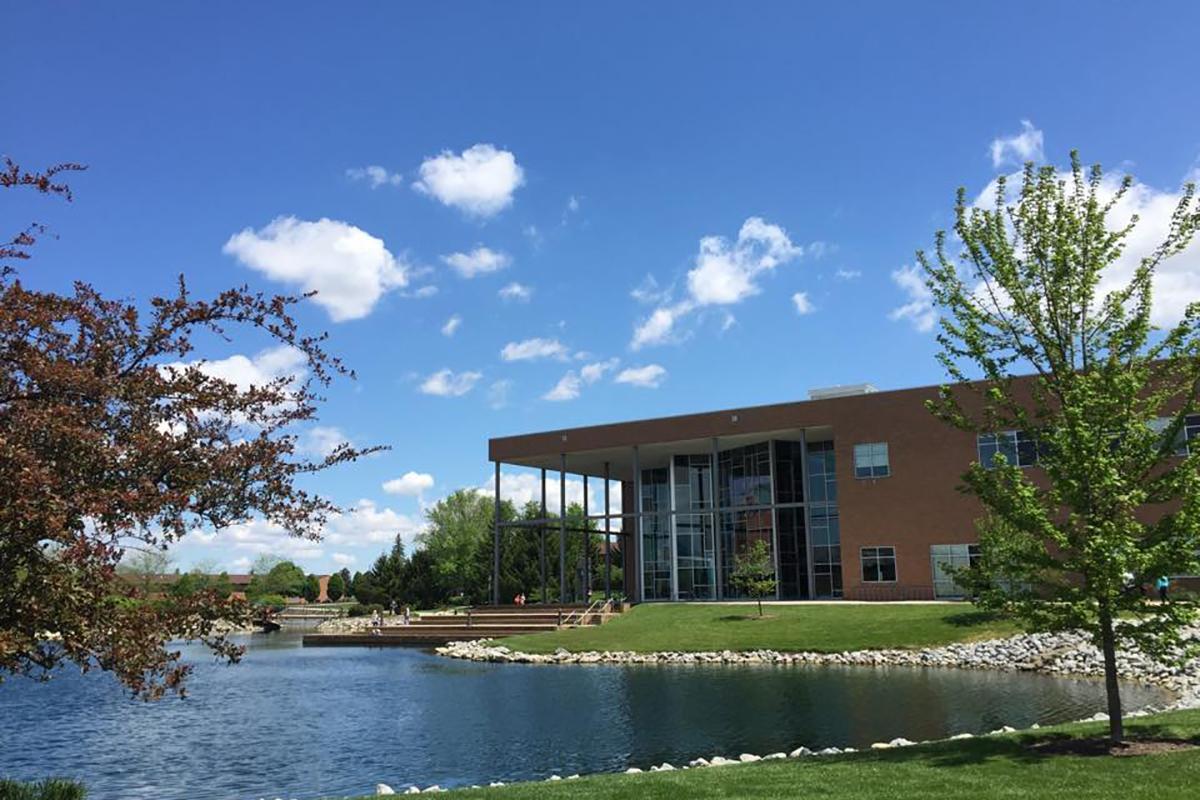 The Cedarville University Board of Trustees reinstated President Thomas White on June 26 after a nearly two-month administrative leave—but not without sparking new controversy.

The board at the independent Baptist school in Ohio required White’s leave over concerns about how he handled the hiring and eventual firing of theology professor Anthony Moore. A third-party investigation revealed that White knew both the “specific nature” of the sexual misconduct allegations against Moore at his previous employment and “failed to notify” the board.

Despite the findings, trustees voted to restore White to his position. Two board members quit in protest. As part of the fallout, the pastor who provided accountability for Moore during his brief tenure at the university resigned from his church. Elders at Grace Baptist Church, where Moore was a member, conducted their own inquiry and determined that Pastor Craig Miller mishandled the sensitive situation. —L.E.

In July, the Supreme Court declared Montana’s Blaine Amendment unconstitutional in Espinoza v. Montana Department of Revenue. If the state chose to provide aid to private schools, it could not discriminate against religious institutions, the justices ruled. —Steve West

Saddened by a deadly shooting in his hometown that took the life of 9-year-old Devante Bryant on July 13, New Orleans bandleader Shamarr Allen decided to take action.

The singer and trumpeter started with an Instagram post: “To all the youth in New Orleans, Bring me a gun and I’ll give you a trumpet no questions asked.” After giving away all his extra instruments, Allen launched a fundraiser that has brought in more than $26,000 so far. He hopes that by picking up and playing a trumpet, young people might discover something productive to do with their time.

Other musicians have jumped on the bandwagon, offering free virtual lessons to anyone who makes a trade. Allen is giving away the traded guns, too—to the local police department. —L.E.