The demonstrations push for unprecedented reforms in the monarchy

Students in Thailand lifted three fingers in a Hunger Games–style salute as they sang the Thai national anthem during morning assembly at several high schools this week. Others donned white ribbons to show solidarity with growing protests against the monarchy and the military-led Thai administration.

The demonstrations began months ago at colleges and have swiftly spread to other institutions and into the streets, hinting at growing public support for reform. The monarchy seems to have taken note.

On Sunday, at least 10,000 demonstrators crowded the streets of the capital city of Bangkok in one of the largest protests since the 2014 coup that put the current prime minister in power. Protesters held placards that read, “Power to the people,” and chanted, “Down with dictatorship, long live democracy.” The demonstrators have borrowed imagery from pop culture and social media, dressing in Harry Potter costumes and singing a Thai rendition of the revolutionary anthem “Do You Hear the People Sing?” from the musical Les Miserables.

The protests began with three central demands: a new election, constitutional reform, and an end to the crackdown on government critics. Frustration has intensified since the Thai government in February dissolved Future Forward, a new opposition political party with broad support among young voters. Many saw the party as a way to advance reforms after the disputed March 2019 election that returned Prime Minister Prayuth Chan-ocha to power.

In June, prominent pro-democracy activist Wanchalearm Satsaksit was abducted in Cambodia, and several other exiled Thai activists have disappeared in recent years. The Thai government denied any involvement.

Students also criticized Thai King Maha Vajiralongkorn for staying at a hotel in Germany while the coronavirus outbreak slammed his country. One protester on Sunday wore a shirt that said “Send love to Germany.” The pandemic has shut down the country’s tourism industry, hitting the economy hard and resurrecting complaints of inequality.

On Aug. 10, the demonstrators introduced a 10-point manifesto for reforming the monarchy, including protecting the freedom to criticize leadership and curbing the king’s power. Such vocal criticism is unprecedented in Thailand, which has one of the world’s strictest laws banning defamation of the monarchy. Violators can face up to 15 years in prison.

Chan-ocha said the king asked authorities not to enforce the law against protesters, but officials found other ways to crack down on dissent. Police on Thursday arrested nine activists involved in writing the manifesto and held them on charges of sedition. Activists said they saw a police list of 20 others facing arrest.

John Ciorciari, an associate professor of public policy at the University of Michigan, said the king’s stance shows he understands the strained public perception of the monarchy. But there is no indication the legal harassment, such as the latest arrests, will stop. Ciorciari also pointed to a statement this month from the nation’s powerful army chief, Apirat Kongsompong, who said the “hatred of the nation” is more deadly than the coronavirus and can’t be cured. “That was seen as a thinly veiled threat,” Ciorciari said.

The protesters have vowed to continue demonstrating until the government acts on their demands. Thitinan Pongsudhirak, an associate professor at Chulalongkorn University in Bangkok, said the opposition has staying power: “If the Prayut government, the Thai military, or others think this youth movement lacks sufficient will and traction, they are likely to be gravely mistaken.” 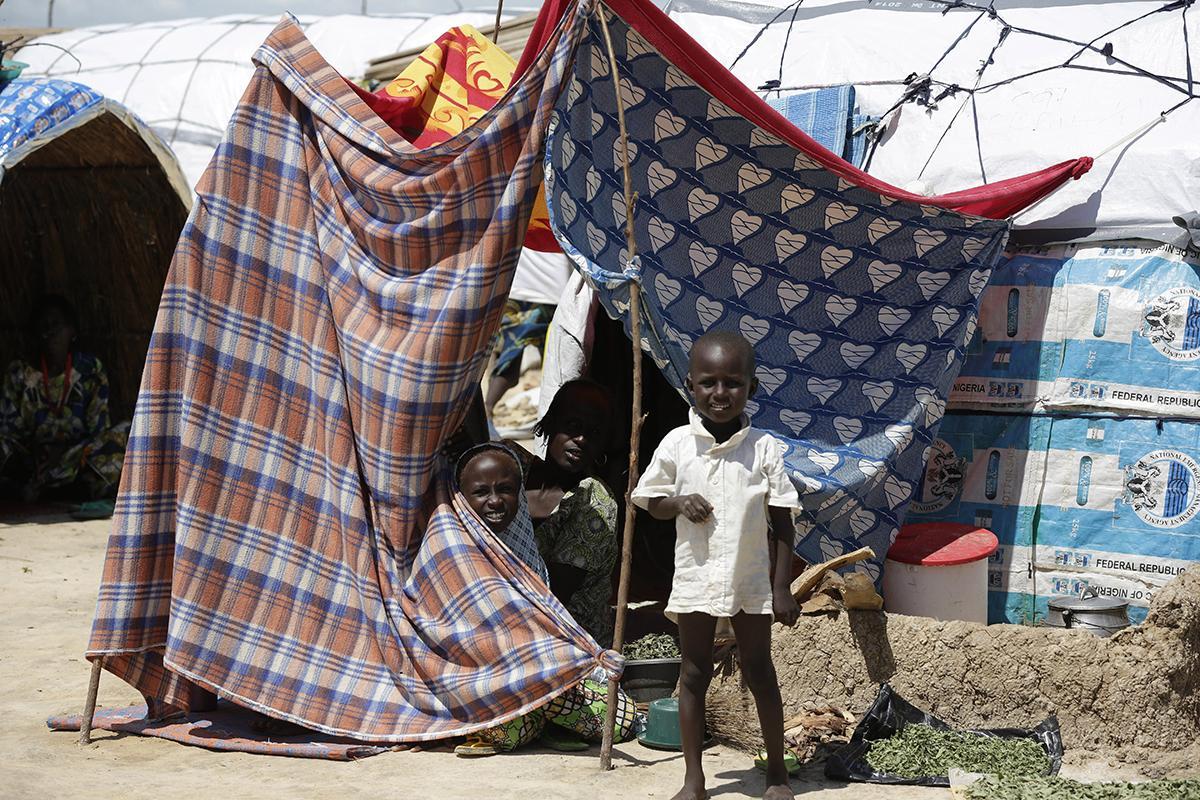 After more than two years at displacement camps, residents finally returned to the town of Kukawa in northeastern Nigeria earlier this month. Less than three weeks later, unidentified extremists stormed the community in Borno state.

On Aug. 2, state authorities ordered the military to escort more than 1,000 residents of the town back home after an extremist attack in November 2018 sent them to camps in Maiduguri. On Tuesday, jihadists attacked a nearby military base and arrived in the town in more than 20 trucks, kidnapping hundreds of fleeing residents, The Guardian reported.

No group claimed responsibility for the attack, but the Islamic terror group Boko Haram and its offshoot, the Islamic State West Africa Province, remain active in the region. The state government has pushed in recent years to return some 2 million internally displaced people to their homes. But many have resisted the effort, fearing insurgents still threaten their towns. —O.O. 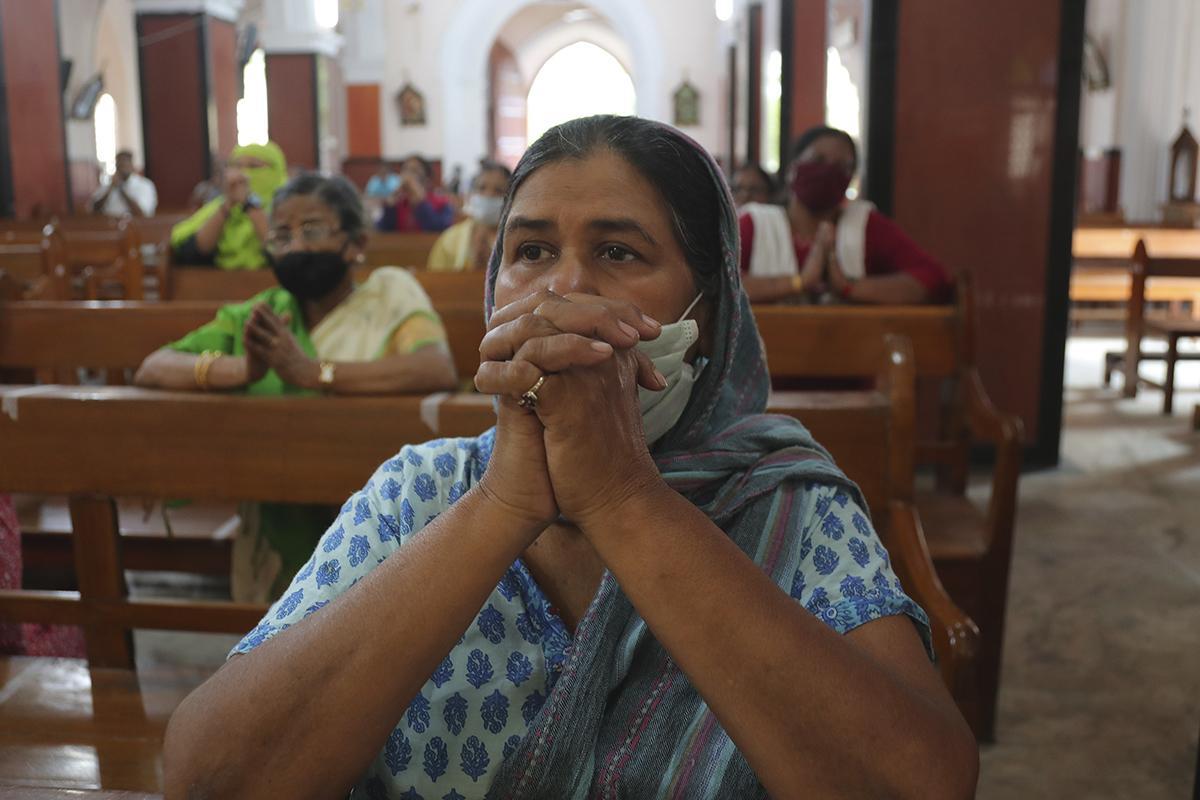 Persecuted Christian converts around the world say government officials are demanding they renounce their faith to receive aid during the coronavirus pandemic. Authorities in some cities in China issued similar threats to poor Christians who receive minimum living allowances.

“We have been inundated with reports of Christians telling us their communities would only give them food if they re-converted back to their original faith,” Jan Vermeer, Asia communications director at Open Doors International, told Premier Christian News.

Christians in parts of Asia, Africa, and the Middle East often find themselves disowned by family, shunned by the community, and trapped in low-paying jobs. Many of them need food, medical, and other assistance to survive. In April, the U.S. Commission on International Religious Freedom chastised a Karachi, Pakistan, nongovernmental organization for denying food assistance to Christians and Hindus. Several Christian groups that witnessed increased discrimination and persecution during the pandemic are raising funds to provide food and other necessities to those who need them. —Julia A. Seymour

Egypt’s #MeToo movement inspired new legal protections for victims of sexual violence. The country’s Cabinet approved a law this week granting anonymity to people who report sexual harassment or assault in a bid to encourage more victims to come forward. Many Egyptian women fear stigmatization or blame if they report sex crimes.

The bill passed after accusations of rape, assault, and blackmail posted by different women on Instagram led to a university student’s arrest. In 2013, 99 percent of Egyptian women interviewed by the United Nations said they had experienced sexual harassment, according to Amnesty International. —J.A.S.

Turn in your pets

North Korean dictator Kim Jong Un confiscated pet dogs and sent them to state-run zoos or sold them to restaurants, according to a South Korean newspaper last week.

The report said Kim issued an order in July condemning pet ownership as a “tainted trend by bourgeois ideology.” He claimed the ban protects the country from capitalist decadence. Many believe he did it to mitigate the country’s food shortage. North Korea on Wednesday said it will hold a rare ruling party meeting in January 2021, when Kim will announce a five-year economic response plan. —O.O.