Should abortionists be allowed to end the life of an unborn baby by pulling it apart, or should they remove it piecemeal only after its heart has stopped beating?

The answer, at least in Texas, depends on the outcome of a trial concluded last week over a new state law banning dismemberment abortions. The law, passed in June, requires abortionists to use other methods besides dismemberment—such as clipping the umbilical cord or injecting digoxin or potassium chloride to stop the baby’s heart—before removing it from its mother’s womb.

Three pro-abortion groups, Planned Parenthood, Whole Woman’s Health, and the Center for Reproductive Rights, sued the state over the law. They claim requiring a baby’s death before the dilation and extraction procedure heaps undue burdens on women and abortionists.

“The state has legitimate interest … in protecting the health of a woman and life of a fetus that may become a child,” said state lawyer Darren McCarty. “[The law] regulates the moment of death, the moment of fetal termination, and nothing more. Whether … the lethal act is going to be, for instance, grabbing the leg and pulling it off the fetus, or whether instead the lethal act is going to be a single injection or perhaps just a snip of the umbilical cord.”

“I am hopeful the district court will find that Texas has an interest in protecting and fostering respect for human life, including unborn life, and that it will uphold the state’s lawful authority to protect the life and dignity of unborn children from barbaric dismemberment abortions,” he said.

Ingrid Duran, director of state legislation at the National Right to Life Committee (NRLC), told me her group anticipates a decision by the end of the month.

“While it is true that U.S. District Judge Yeakel has a history of ruling against constitutional laws that protect unborn children, NRLC is hopeful that the attorney general will demonstrate why their state has a compelling state interest in protecting living unborn babies from horrifically being torn limb-from-limb in their mother’s womb,” Duran said.

Texas Values president Jonathan Saenz, who attended the trial, said in a statement that Paxton’s team did a good job making sure the state was “well represented.”

“It was hard to hear testimony about the brutal dismemberment abortion procedure in live court,” Saenz said. “One can only imagine how awful it is to subject a live human being to such a barbaric practice. We fully expect the court to put an end to this horror.”

Texas’ law isn’t the first dismemberment abortion ban to face a legal challenge. While West Virginia and Mississippi have laws that remain unchallenged, judges have either struck down or halted enforcement of similar laws in Oklahoma, Alabama, Arkansas, and Kansas. Louisiana’s dismemberment ban also faces a legal challenge, and the state has agreed to delay enforcement. 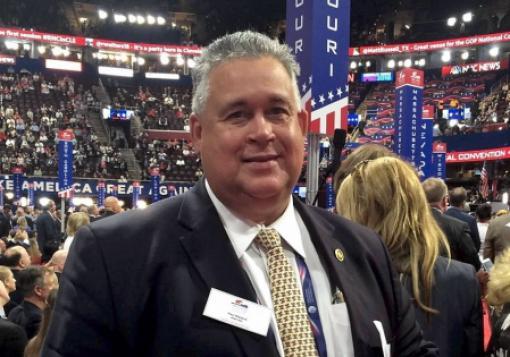 Beginning Nov. 20, all Missouri state employees who “have a religious or moral objection” may opt out of healthcare plans that cover abortion and birth control.

The decision of the Missouri Consolidated Health Care Plan comes more than a year after Missouri state Sen. Paul Wieland and his family enrolled in a special healthcare plan that did not cover abortion, contraception, or sterilization.

Wieland’s healthcare coverage was hard-won: He and his wife filed suit in 2013 against the U.S. Department of Health and Human Services over the Obamacare mandate that required them to purchase health insurance at odds with their religious convictions. The Thomas More Society helped them secure their legal victory in 2016.

“It is incumbent upon government to respect the religious beliefs of individuals and families,” Wieland said after learning all state employees will have access to the plan. “Appropriate healthcare coverage should never violate our religious liberties. The victory that the Thomas More Society helped obtain for my family is now a victory for all Missourians.” —S.G. 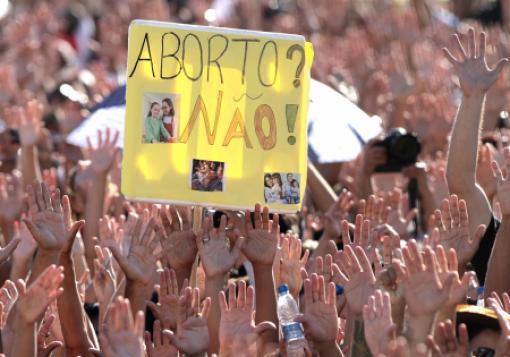 A Brazilian congressional committee voted 18-1 last week in favor of an abortion ban that would outlaw the practice for any reason. Current Brazilian law bans abortion except in the cases of rape, danger to the mother’s life, or anencephaly, a deformity of the baby’s brain and skull. The proposed law comes as a constitutional amendment, and will need a two-thirds vote in both houses of the National Congress of Brazil. —S.G.

Health Canada announced last week that women can now take abortion-inducing drugs up to nine weeks into their pregnancy, instead of the former seven weeks. Pharmacists also will be allowed to dispense the drug combo Mifegysmiso, a duo of mifepristone and misoprostol, instead of just abortionists. The drugs work in tandem to cut off nutrients to the baby and expel it through induced labor. In addition, Canadian abortionists will no longer be required to register with distributor Celopharma to be allowed to prescribe or dispense the drug to women. The United States loosened guidelines for the drug last year, but U.S. abortionists remain the only ones allowed to dispense the drugs. —S.G.

The Polish health ministry has published a video using rabbits to encourage couples to have more children. “We rabbits know a thing or two about how to have a lot of offspring,” a narrator says. “You want to know our secret? Firstly, we get around. Secondly, we eat well. Thirdly, we don’t sweat the small stuff. Fourthly, we don’t booze it up. So if you want to become a parent, follow our example.” Poland has one of Europe’s lowest birth rates, and the health ministry said in a statement it wants to encourage people in childbearing years to live healthfully, adding it hoped it “did not offend anyone and was not vulgar.” —S.G.