Unplanned opens in Canada amid backlash

A scene from Unplanned PureFlix

The pro-life movie Unplanned opened in dozens of theaters in Canada Friday after a long battle to persuade movie theaters to show it.

Unplanned, a story about how former Planned Parenthood facility manager Abby Johnson became a pro-life advocate, has grossed more than $18 million since its March 29 release in the United States. It comes out on DVD in August.

Canada has no nationwide legal protections for unborn babies, and the country’s national healthcare system covers abortions. While some facilities are named Planned Parenthood, they do not fall under the oversight of Planned Parenthood Federation of America, according to the U.S. abortion giant’s website.

“We have fought tooth and nail to get Unplanned into Canada, and it is finally happening,” Johnson said in a live video posted on Facebook Tuesday. The major theater chain Cineplex and a smaller company, Landmark, initially refused to show Unplanned, causing the movie’s producers and Canadian pro-life organizers to launch a grassroots campaign that included an online petition, a theater boycott, and a letter-writing campaign.

Cineplex committed to screening Unplanned for one week in 14 of its 164 locations, joining Landmark and other independent theaters that are showing the film. The movie’s official website lists nearly 60 theaters where Canadians can see the movie.

Already, several theaters have reportedly sold out. One theater in Kelowna, British Columbia, sold out in nine minutes, and another ran out of tickets within an hour of opening sales, according to the Penticton Western News.

In May, a private showing of Unplanned at the Edmonton Expo Center in Alberta drew 3,000 people. One month later, the film’s producers secured Cinedicom, an independent distributor, to distribute the film across Canada.

“It’s really the Canadians themselves who have risen up and said … ‘We want to see this. We want to have the choice to see what abortion really is and hear Abby’s story,’” said Faytene Grasseschi, a television personality and a pro-life advocate instrumental in bringing the film to Canada. She participated in a live webinar posted last week on the movie’s Facebook page.

Since the announcement of the movie’s availability, two independent theater owners have received death threats, while a separate independent cinema owner reported harassment. Two other theaters have canceled the movie’s screening, citing threats against staff members. Pro-abortion advocates have started a boycott against Cineplex and threatened to protest at theaters on Friday.

Cineplex CEO Ellis Jacob released a letter Monday announcing that the chain decided to screen the movie because of the importance of “freedom of expression.” He wrote about immigrating to Canada in 1969, saying, “Living in a country that censors content, opinions and points of view because they are different from our own is not a country that any of us would want to live in.”

So far, Unplanned has only appeared on screen in the United States and Canada, but in the past two weeks, its producers have received “droves of countries that want us to come,” filmmaker Cary Solomon said in the webinar. “There’s fierce, stiff battle going on to get the movie in their country.”

Despite the movie’s success in the United States, it has faced its share of challenges, including an inexplicable R-rating, an advertising blackout, and a “propaganda” label from Google. Solomon and co-producer Chuck Konzelman testified before the U.S. Senate last April and again on Thursday at the White House summit on social media about the movie’s censorship obstacles from Twitter and Google.

“I do not believe we should be censoring films because we don’t agree with them,” Johnson said on Facebook. “That’s not what a democracy looks like.” 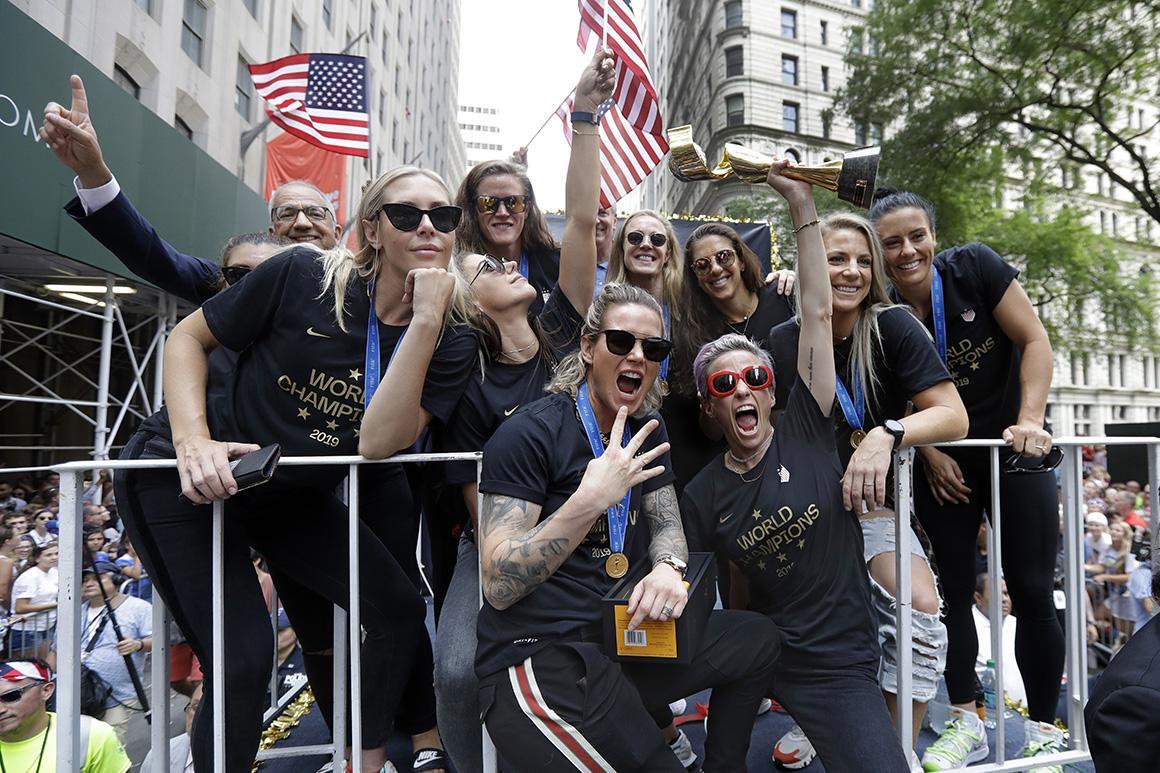 Since returning to the United States from the Women’s World Cup in France, the world champion U.S. national soccer team has spent the week celebrating across the country. After touching down at Newark Liberty International Airport in New Jersey on Monday, U.S. players shared a toast and sang “We Are the Champions.” They have made numerous media appearances throughout the week and rode in a ticker-tape parade through Broadway’s Canyon of Heroes in New York City on Wednesday. New York Mayor Bill de Blasio presented the team with symbolic keys to the city at a rally at City Hall before the players hopped on a plane to Los Angeles, where they were honored by ESPN at The ESPYs with the best team award Wednesday night.

Along the way, the players continued to lobby and receive support for equal pay with the men’s team. U.S. Soccer will give the women bonuses worth about one-fifth of what the men would have earned for winning the World Cup, their fourth title since 1991 in the every-four-years competition. Meanwhile, the U.S. men have never won their event, which has been held since 1930. The women’s team has sued, and the case is currently in mediation. At the New York City Hall rally, U.S. Soccer President Carlos Cordeiro responded to chants of “Equal pay!” from the crowd by saying the women “deserve fair and equitable pay. And together I believe we can get this done.”

Lawmakers also rallied to support the team this week. The New York State Legislature passed a bill making it illegal to pay someone less for a job based on characteristics including race, religion, disability, or gender identity. Gov. Andrew Cuomo, a Democrat, signed the legislation into law in Manhattan just before the start of Wednesday’s parade. In Washington, U.S. Sen. Joe Manchin, D-W.Va., introduced a bill Tuesday that would bar federal funding for the men’s 2026 World Cup, some of which is scheduled to take place in the United States, until U.S. Soccer provides equal pay to the women’s team. Sen. Elizabeth Warren, D-Mass., who is running for the Democratic nomination for president in 2020, tweeted her support for the team last month, saying, “The @USWNT is #1 in the world & contributes higher revenues for @USSoccer than the men’s team.” PolitiFact looked into Warren’s revenue claim and the experts its fact-checkers consulted mostly agreed with it, but they noted there are “complicated variables.”

As for celebrations in the nation’s capital, the women’s team has accepted an invitation from Democratic leaders in Congress to visit the U.S. Capitol, but several team members have said they would decline an invite to the White House, if asked.

Forward Megan Rapinoe, who was named the 2019 World Cup’s most valuable player, continued to criticize President Donald Trump this week. Rapinoe, a lesbian and LGBT advocate known for blurting out obscenities in public, told CNN’s Anderson Cooper that Trump’s slogan “Make America Great Again” is “harking back to an era that wasn’t great for everyone. It might’ve been great for a few people.” Trump said two weeks ago that he would invite the team to the White House after the World Cup “win or lose,” but so far no official invitation has been extended. —Lynde Langdon 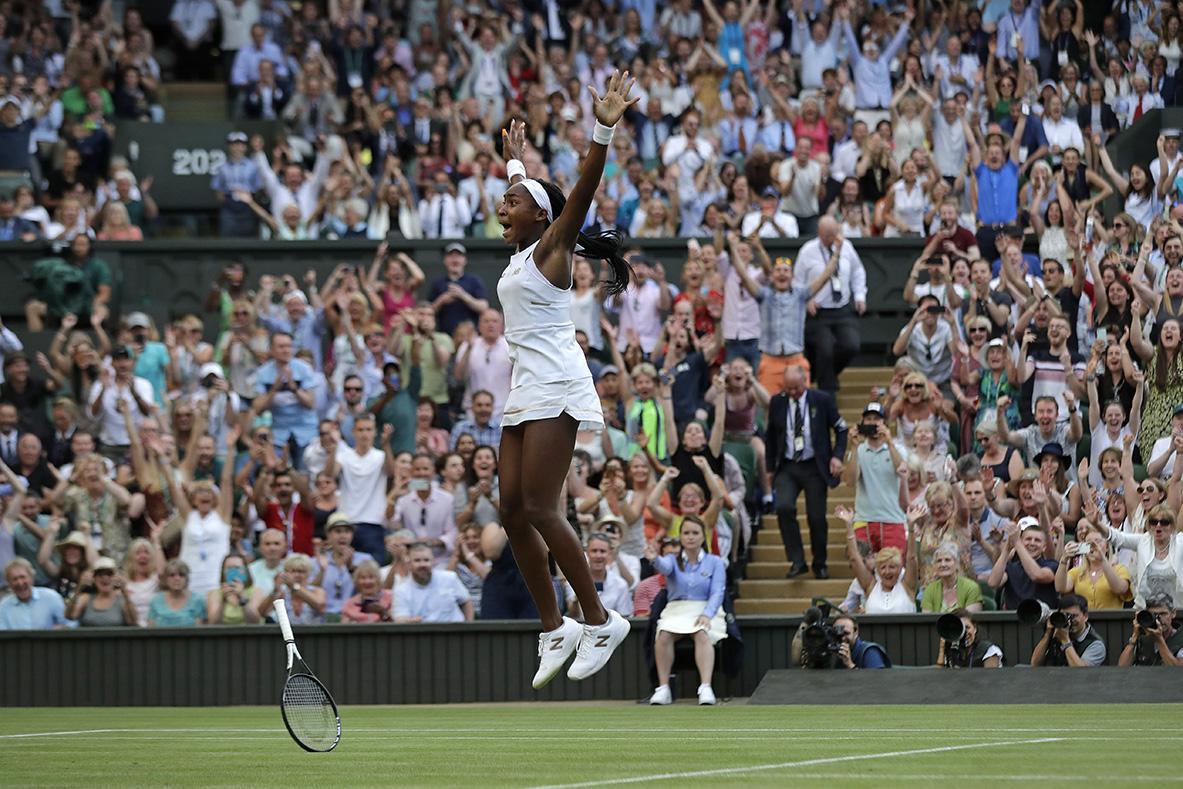 American teenage tennis sensation Cori “Coco” Gauff stole the show at Wimbledon this year with her magical run in the world’s most prestigious tournament. At 15, she became the youngest player ever in the professional era to qualify for the London tournament’s main draw. Gauff defeated her idol, Venus Williams, in the first round but fell in the fourth round on Monday to former No. 1 Simona Halep of Romania, 6-3, 6-3. Halep faces American Serena Williams Saturday in the women’s singles finals, while Novak Djokovic and Roger Federer will battle for the men’s singles title on Sunday.

Gauff’s parents moved from Atlanta back to their hometown of Delray Beach, Fla., to allow their daughter to focus on tennis full-time, the South Florida Sun-Sentinel reported. Her father, Corey, coached her in tennis and her mother, Candi, homeschooled her. They kept Gauff grounded in her Christian faith while fostering her competitive drive. At 12 years old, Gauff said she wanted to be “the greatest of all time.”

“Before every match since I was 8, my dad and I say a prayer together,” Gauff told The New York Times after defeating Williams. “We don’t really pray about victory, just that me and my opponent stay safe. After the match, I was just thanking God for this opportunity.” —Kyle Ziemnick 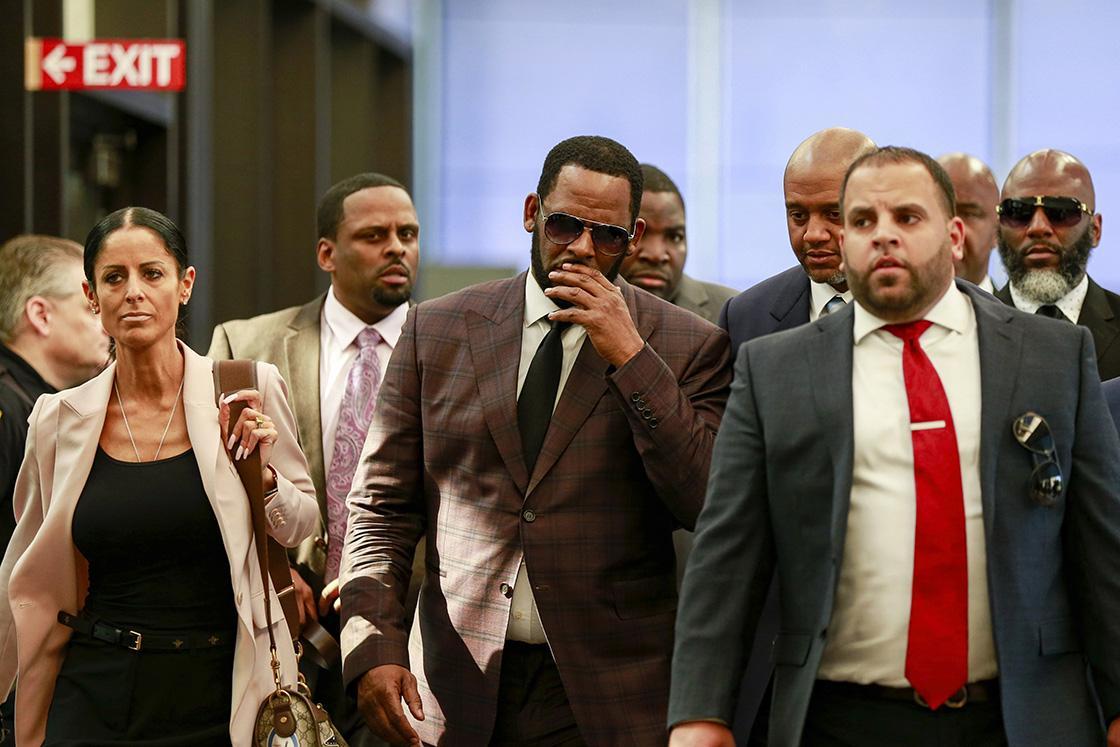 R&B Singer R. Kelly, already charged in Illinois with sexual abuse, was arrested Thursday in Chicago on sweeping federal indictments that accuse him and members of his entourage of running an illegal and predatory sex trafficking ring and paying victims and witnesses to cover up crimes. An indictment unsealed Friday in the Eastern District of New York includes charges of racketeering, kidnapping, forced labor, and the sexual exploitation of a child. The alleged crimes occurred over two decades dating back to 1999, both in the United States and overseas.

The 52-year-old Grammy winner, whose real name is Robert Sylvester Kelly, was arrested in Illinois in February and charged with 10 counts of sexually abusing three girls and a woman. He pleaded not guilty to those charges and was released on bail. He is now in custody in Chicago on the new federal charges with an arraignment hearing expected Tuesday in federal court. His attorney, Steve Greenberg, called the accusations an “unprecedented assault by others for their own personal gain” and said Kelly expects to be vindicated in court. —L.L.