Washington sees an increasing need to police Google, Facebook, and other internet entities

WASHINGTON—The era of blindly trusting tech behemoths to protect consumer privacy and free speech seems to be drawing to a close after a series of blunders from Google, Twitter, and Facebook.

President Donald Trump accused Google back in August of rigging its search results to prioritize negative news about him. The company responded that “search is not used to set a political agenda.”

Then in September, The Wall Street Journal reported that Google employees internally discussed how they could tweak the company’s search function to combat the president’s travel ban from certain Muslim countries days after the ban was announced in January. Leaked emails showed employees discussing how they could counter “islamophobic, algorithmically biased searched results.” They floated the idea of highlighting organizations like the American Civil Liberties Union or others challenging the ban so people could donate. But some employees, including an executive, pushed back, saying, “This is a highly political issue, so we need to remain fair and balanced and present facts.” A spokeswoman responded by saying none of the ideas were ever implemented.

In another blow to Google’s curated image of neutrality, Breitbart released a leaked 2016 video of senior Google executives mourning the results of the 2016 presidential election. Google said the comments only represented the executives’ personal views.

At a Wednesday Senate hearing, representatives from AT&T, Amazon, Google, Twitter, Apple, and others sought to defend their record and actions in the public square and assuage lawmakers’ concerns. That hearing followed others earlier this year—one in April with Facebook CEO Mark Zuckerberg and one in September with Twitter CEO Jack Dorsey—where tech executives denied allegations of anti-conservative bias and apologized for privacy slips.

“It should now be clear that even well-intentioned algorithms can have unintended consequences,” Rep. Greg Walden, R-Ore., chairman of the House Subcommittee on Communications and Technology, told Dorsey. He referenced a story VICE News reported in July, showing Twitter had limited the visibility of several prominent Republicans, an action called “shadow banning.” Twitter corrected the situation overnight, treated it like a bug, and explained it was an attempt to limit “troll-like behaviors,” but the suspicion of anti-conservative bias lingered.

On Tuesday, Attorney General Jeff Sessions met 13 state attorneys general to look into whether tech companies violated antitrust laws and hurt competition. It is unclear whether the meeting will lead to a federal probe.

Zuckerberg during his hearing in April admitted he sees coming regulation as “inevitable” but cautioned that lawmakers should tread carefully over “what regulation you put in place."

Travis Wussow with the Southern Baptist Convention’s Ethics and Religious Liberty Commission echoed the sentiment of caution. “Businesses generally have the right to operate in a manner in which they want to operate, absent specific government regulation,” he said in an email. “Yet we must recognize that the way big tech companies present or don’t present information has significant implications. … It is valid to be concerned at the possibility of all the informational gatekeepers conspiring to shut one’s ideas out—especially in a society where orthodox Biblical beliefs are unpopular.”

Ultimately, Wussow cautioned against overreaction, and encouraged Christians to instead think critically “about what role government ought to play in these issues of commerce and conscience freedom.” 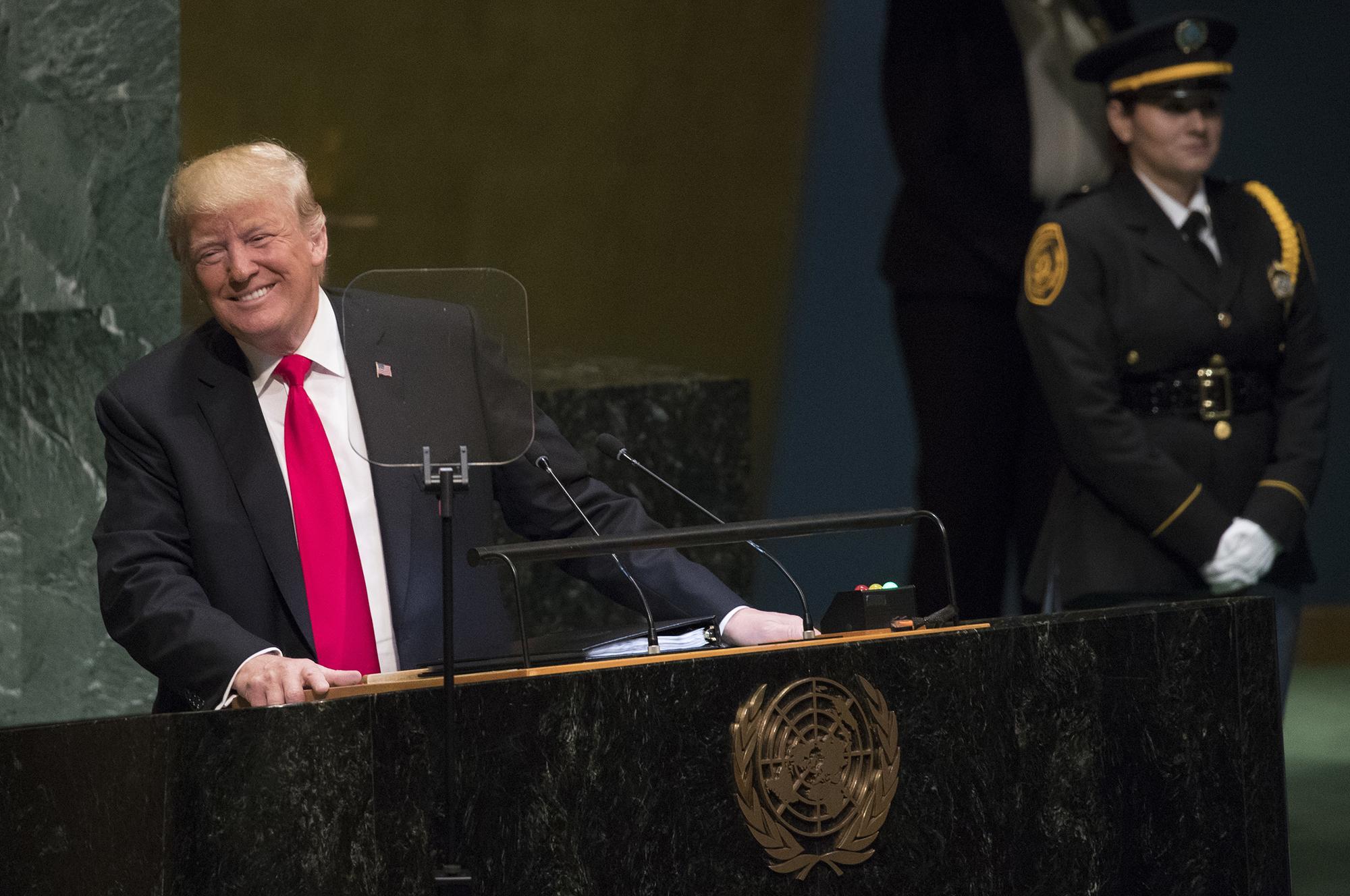 America vs. the world?

President Donald Trump drew unexpected laughter along with rebukes from world leaders at the United Nations General Assembly this week. Despite their criticisms of the United States, world leaders remained largely pragmatic in their response to the president’s speeches and meetings at the UN.

The laughs came at the start of Trump’s address at UN headquarters in New York on Tuesday after he claimed his administration “has accomplished more than almost any administration in the history of our country.”

Trump went on to defend placing national priorities over those of international bodies that he said constrained countries’ abilities to act in their own best interests.

“America is governed by Americans,” he said. “We reject the ideology of globalism, and we embrace the doctrine of patriotism.”

Trump highlighted U.S. exits from the Iran nuclear deal and the Paris climate accords, the decision to move the U.S. Embassy in Israel to Jerusalem, and his diplomatic outreach to North Korea. He pledged to reevaluate U.S. foreign aid spending to focus on nations that “respect” the United States.

The president’s dismissal of international organizations should play well with his political supporters at home but could “accelerate U.S. diplomatic isolation” and lead to a position of “America Alone,” wrote Stewart Patrick, who studies international institutions for the Council on Foreign Relations.

Words more than their laughter illustrated disagreement with Trump as leader after leader underscored the importance of multilateralism in their own remarks this week to the General Assembly.

“Nationalism always leads to defeat,” French President Emmanuel Macron said, warning of the consequences of the U.S. exit from the Iran nuclear deal and calling for opposition to trade deals with countries that are not part of the international agreement on climate change.

The other parties to the Iran nuclear deal still want to abide by the agreement, and the European Union announced earlier in the week that it would establish a financial workaround for countries doing business with Iran so that they could avoid U.S. sanctions.

Some leaders also expressed concern over Trump’s escalating trade war with China, fearing their countries could be hurt as the world’s two largest economies took aim at each other.

“The consequences will affect those who have had no say, including small countries like Ghana,” said Ghanaian President Nana Akufo-Addo. “These events provide proof, if some were needed, that ours is an interdependent world.” —Anne K. Walters 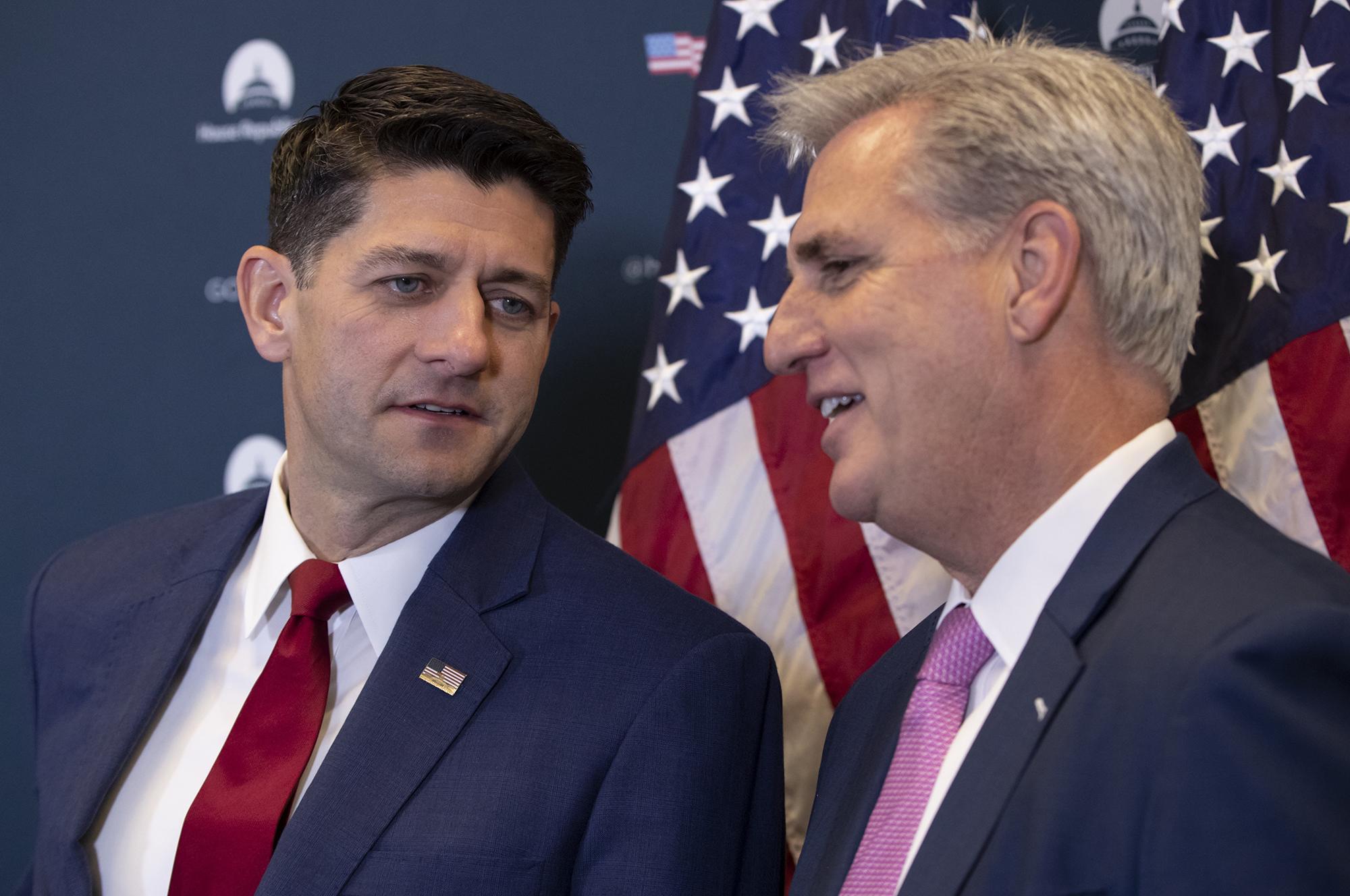 The U.S. House of Representatives voted 361-61 Wednesday to pass a spending bill short-term fix to keep the government open until early December. President Donald Trump said he will sign the $854 billion bill before the Sunday’s deadline despite the lack of funding for a wall along the U.S.-Mexico border, something he called “ridiculous.”

“I’m confident he will sign it,” House Speaker Paul Ryan, R-Wis., said Wednesday. “This funds our military, this funds [the fight against] opioids, this does a lot of the things that we all want to accomplish together and we’ve had very good conversations with the president.”

The relatively low-drama, bipartisan effort is a clear victory for Republican leadership. But the news of an on-time government funding package has been lost during a week when all eyes are on the extended confirmation hearing of Supreme Court nominee Brett Kavanaugh.

The spending bundle includes funding for the Pentagon and the departments of Labor, Health and Human Services, and Education. Among other defense increases, the bill includes the largest pay raise for the military in nine years. The Senate overwhelmingly approved the measure last week with a bipartisan vote of 93-7. When signed, it would be the first time in decades these measures have been signed into law on time.

Last week, Trump signed a three-bill package to fund the departments of Energy and Veterans Affairs, as well as the legislative branch of the government. —Kiley Crossland

Protesters shouted at U.S. Sen. Ted Cruz, R-Texas, and his wife, Heidi, Monday at a restaurant in Washington, D.C., forcing the couple to leave the establishment early. A group called “Smash Racism DC” posted two videos of the incident on Twitter. The protesters chanted, “We believe survivors!” and called on Cruz, who serves on the Senate Judiciary Committee, to vote against the confirmation of Supreme Court nominee Brett Kavanaugh. Cruz’s opponent in the November election for his Senate seat, U.S. Rep. Beto O’Rourke, D-Texas, condemned the protest on Twitter: “The Cruz family should be treated with respect.” The Cruzes reportedly later returned to the restaurant to thank employees for helping them, and they received their meal. —The Editors