Alleane West knew her four sons had potential. But growing up in Mobile, Ala., they had few educational options and plenty of opportunity to get off track. When she and her oldest son, Nick, discovered the state’s tax credit scholarship program, it felt like a lifeline.

“It was a relief that nobody would understand unless you know you’re a single mom with boys, trying to not make them a statistic,” West said in a video produced by the Alabama Opportunity Scholarship Fund.

Through one of the fund’s scholarships, Nick attended McGill-Toolen Catholic High School, where his classmates unanimously voted him most likely to succeed. He accepted a full ride scholarship to the University of Alabama in Huntsville and hopes one day to join the FBI.

This school year, 250,000 students like Nick are attending private schools on scholarships funded by 23 tax credit programs in 18 states. But that number could drop dramatically next year amid the unintended fallout of a fight between Republican lawmakers in Washington and Democrats in high tax states.

Under the Tax Cuts and Jobs Act, federal deductions for state and local taxes are capped at $10,000. That limit closed a loophole in the federal tax code that allowed residents in high-tax states to significantly reduce their overall tax bill. According to a Heritage Foundation analysis, the “average” millionaire in New York or California deducted more than $450,000 worth of state and local taxes under the old rules, while the average millionaire in Texas and Florida deducted only about $75,000.

The $10,000 deduction cap outraged lawmakers in New York, New Jersey, and Connecticut, who faced the prospect of constituents feeling the full brunt of their state tax burden. To solve the problem, they came up with a creative solution: state-run charities that pay for government services. Residents who “donate” to those charities get tax credits to offset their local tax bills. They can then write off those so-called “donations” on their federal tax returns.

Leslie Hiner, vice president of legal affairs for EdChoice, a national organization that advocates for school choice programs, called the workaround “a tax scheme to try to get out of paying federal taxes.”

To shut down that new loophole, the U.S. Treasury Department issued a rule limiting state tax credits in exchange for any charitable donations, including to things like the Alabama Opportunity Scholarship Fund. That meant it applied to tax credit scholarships programs as well. Hiner described the rule as taking a sledgehammer to a nail: “They had a very specific problem, but in correcting the very specific problem, they issued a very broad rule that swept in a whole lot of other people, a lot of other nonprofits that were no part of any of the schemes being created by those states.”

“We have over 600 individual donors that support our program,” she said. “And there is great concern that the program will suffer if the contributions are not sustained.”

Searcy’s group funds scholarships for 1,600 students, with 20,000 more on a waiting list. All the families are low-income, with the average family of four making just $26,000 a year. Without their scholarships, the students would be forced back into the local schools they so desperately wanted to leave.

“Right now all of our students are funded for this current school year, but we’ve got to have clarity, and we desperately need that carve-out so that we can provide assurance for our students for the next school year that they’ll still have scholarships,” she said.

The Treasury Department is taking public comments on the new rule until Oct. 11 and could still come up with a solution. But even if it does, school choice advocates now realize tax-credit scholarships have a weakness: their dependence on the federal tax code.

“I think now is the time for everyone to reconsider these programs in terms of how to make these existing programs stronger or how can we establish a different type of program that would have a more reliable funding stream,” Hiner said. 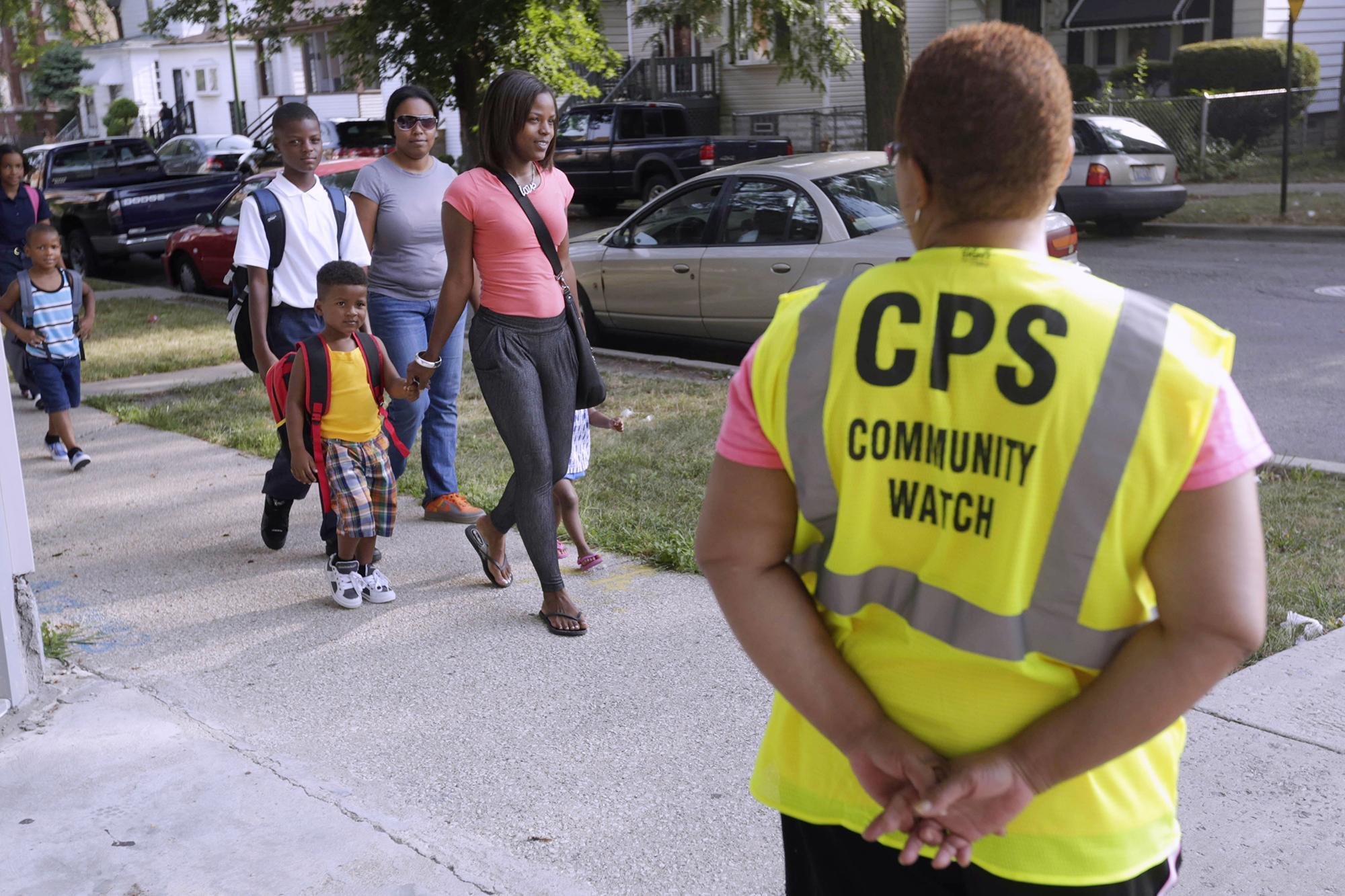 Chicago Public Schools lost access to a $4 million federal grant this year after failing to show it properly handled reports of sexual violence, the U.S. Department of Education said.

In a letter to the school district last Thursday, the department said that it suspended the Magnet Schools Assistance Program grant, according to the Chicago Tribune, after finding “serious and pervasive violations under Title IX.”

The suspension comes after the Tribune reported this summer on a host of sexual harassment and assault claims by students against teachers and other students that went unaddressed or were not investigated properly. Police investigated more than 520 cases of abuse and sexual assault against minors in Chicago public schools, the Tribune said in a summary of the report. The Department of Education said in its letter that the district did not meet its civil rights obligations in responding to the complaints or larger patterns of harm. An internal memo provided to the Tribune also referenced the district’s slow or incomplete responses to federal investigators looking into recent student complaints.

The district has four sexual violence investigations open currently, which is more than any other K-12 district in the country, according to analysis from the Tribune. Open cases involve Clemente Community Academy, Brennemann Elementary, Ogden International School, and Prosser Career Academy.

Chicago Public Schools formed a 20-person Office of Student Protections and Title IX this summer in response to the report to oversee investigations of student-on-student bullying and abuse.

“We are working tirelessly to address this pervasive societal challenge and safeguard our students—including by cooperating with the Department of Education,” spokesman Michael Passman said. He said the district plans to appeal, and it can receive the grant next year if it proves it is in compliance with civil rights obligations. —Rachel Lynn Aldrich 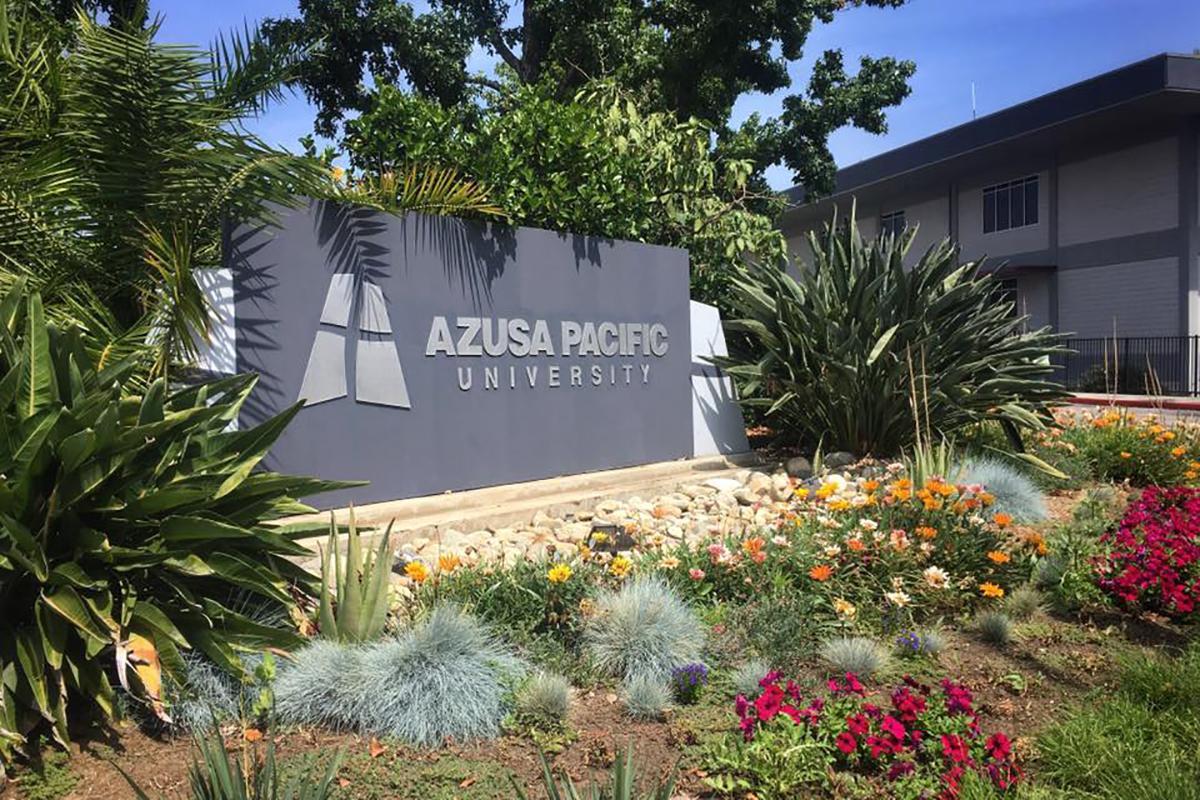 On again, off again

Romantic same-sex relationships are out of bounds again at Azusa Pacific University after its board of trustees stepped in to reverse a policy change giving same-sex couples a green light. The policy change, widely publicized last week, caused an uproar at the Southern California Christian college.

“That action concerning romanticized relationships was never approved by the board, and the original wording has been reinstated,” trustees said in a news release issued late Friday.

Under the short-lived policy, students in same-sex relationships would not face punishment for public displays of affection as long as they remained sexually abstinent. Critics noted school staff had no way to police that restriction. They also said giving homosexual relationships tacit approval took the university a step away from God’s design for human sexuality and marriage, despite administrators’ insistence otherwise.

In its statement, the board clarified its plan to keep the school focused on its founding principles: “We pledge to boldly uphold Biblical values and not waver in our Christ-centered mission. We will examine how we live up to these high ideals and enact measures that prevent us from swaying from that sure footing.” —L.J.

In addition to his duties as a federal judge, Supreme Court nominee Brett Kavanaugh has taught a three-week course over winter break at Harvard Law School since 2009. During a Senate meeting about the accusations of sexual misconduct against him last week, hundreds of Harvard Law students walked out of class in protest of his alleged conduct, the Harvard Crimson reported. Since then, Kavanaugh has said he won’t return to teach the class, though that’s not unusual for someone who might sit on the Supreme Court. Though many of the justices teach or lecture at colleges during the court’s summer recess, they keep a full calendar of court arguments and conferences from September through June. —Lynde Langdon

Re: Tax Cap, I think a much larger problem is that the individual deduction increased so much.  What that means is that Christians who give 10 percent to charity are now treated the same as the selfish person who gives nothing.  The new tax laws in large part equalize the two.  There is therefore now no incentive for tens of million of average folk to give until it is a very significant percentage.   They will get the deduction anyway.  I for one will keep giving.  And perhaps the loop holes should be closed.  We can count on good people to give regardless of the perks.