A federal judge on Thursday ruled against two Florida counselors who want the freedom to help minors change unwanted sexual attractions, behaviors, or identities. The court decision ignored multiple precedents, including a recent U.S. Supreme Court ruling that professionals have a right to free speech on the job.

The counselors involved in the case, Robert Otto and Julie Hamilton, engage in the common practice of talk therapy with people who have unwanted same-sex attraction or gender confusion. The majority of their clients are Christian teens who desire to live according to their faith. Some of those clients suffer depression, anxiety, suicidal thoughts, and other struggles. Since the city of Boca Raton and Palm Beach County passed ordinances banning therapy aimed at reducing or changing same-sex attraction or transgender identities in minors, Otto and Hamilton have had to terminate ongoing counseling relationships and turn down new clients who have willingly sought their help.

U.S. District Judge Robin Rosenberg denied a request for preliminary injunctions against the ordinances. In her ruling, Rosenburg said that the bans did not violate Otto and Hamilton’s rights because they only regulated “professional speech.” Liberty Counsel, which represents the therapists, filed a notice of appeal within an hour of the ruling.

“This is a blatant case of not just cherry-picking precedent, but … acknowledging and then ignoring controlling precedent from the court of appeals and from the United States Supreme Court,” Liberty Counsel founder Mat Staver told me. “I have no doubt that, at the end of the day, this ordinance will be found unconstitutional.”

This summer’s Supreme Court ruling in NIFLA v. Becerra, which said California could not force pro-life pregnancy care centers to advertise abortion services, declared that though the government can regulate professional conduct, it cannot regulate speech just because it is spoken by professionals in a professional context.

“The Supreme Court couldn’t have been clearer in NIFLA that it rejects professional speech as a separate category,” Staver said. “And therefore, you can’t just use the term ‘professional speech’ and then grant less protection to it.”

Other precedents besides NIFLA also protect professional speech, Staver said. A federal magistrate judge ruled in a similar case out of Tampa, Fla., also argued by Liberty Counsel, that an ordinance restricting a therapist from helping a child with unwanted same-sex attraction violated the First Amendment of the U.S. Constitution. And a ruling from the 11th U.S. Circuit Court of Appeals, which includes Florida, said the First Amendment protects medical counsel between doctors and patients. Staver said Rosenberg acknowledged this precedent in the ruling and then chose not to address it.

Instead, she relied on references to “professional speech” from two sexual orientation change therapy cases out of other circuit courts that do not govern Florida and that the Supreme Court explicitly overruled in NIFLA.

Both NIFLA and this case relied on a free speech defense despite the fact that the professionals involved—whether pro-life workers or licensed counselors—were often acting on their religious convictions. But constructing a religious freedom case has become much more difficult in recent years, Staver said. He specifically pointed to the Employment Division, Department of Human Resources of Oregon v. Smith case from 1990, in which the Supreme Court found that the Free Exercise Clause in the First Amendment establishing religious liberty does not protect illegal activity. While that particular case involved the ritual consumption of drugs, it has put religious freedom cases on shakier ground, particularly where the government can argue it has a compelling interest in violating someone’s religious freedom.

But that may be changing, as well. In the case last month of a football coach who was fired for praying publicly after games, four Supreme Court justices issued a rare written explanation essentially inviting challenges to the precedent set in the Smith case. Staver said that, while he expects it to be changed in the future, “the controlling precedent right now is a weaker Free Exercise Clause than it used to be.” 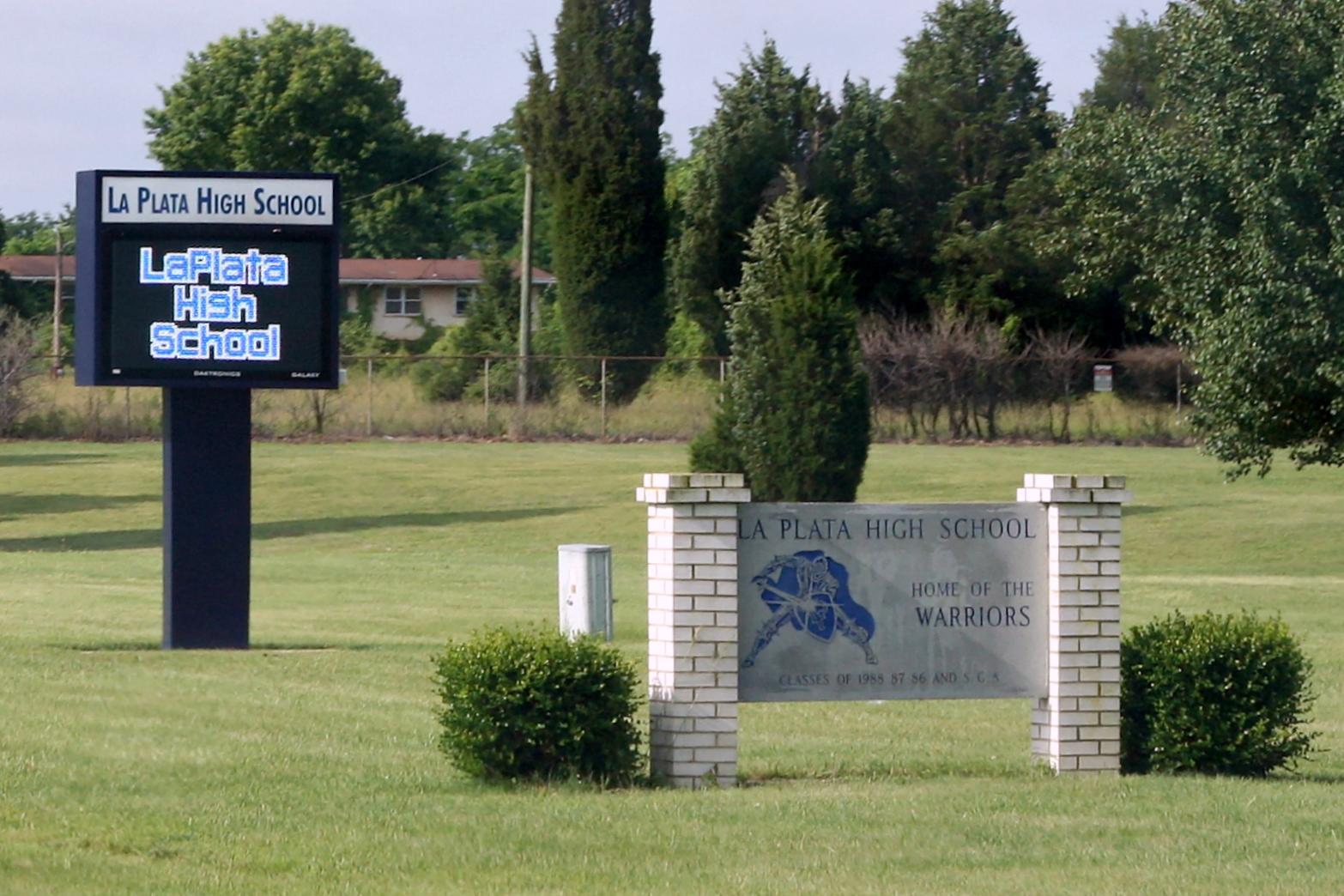 A Maryland high school student last week lost an appeal in a lawsuit over religion lessons in her junior year world history class at La Plata High School in Charles County. In Wood v. Arnold, Caleigh Wood contended that a slide used in a presentation that stated “Most Muslim’s [sic] faith is stronger than the average Christian” impermissibly advanced one religion over another. She also said that an exercise that required her to fill in the blanks in the Muslim shahada, a central confession of Islam, required her to make a statement of faith.

A three-judge panel from the 4th U.S. Circuit Court of Appeals disagreed. Examining the two statements in context, the judges found that neither unconstitutionally advanced Islam but primarily served the secular purpose of teaching about the religion. The judges contrasted the facts before it with situations involving conduct it had found unconstitutional, such as asking students to stand for a graduation prayer or posting religious texts on the classroom wall without further explanation. “Academic freedom would not long survive in an environment in which courts micromanage school curricula and parse singular statements made by teachers,” the judges ruling stated.

While stressing the importance of context, the judges declined to consider other parts of the curriculum to which Wood also objected. She alleged in an amended complaint in a lower court that she was “instructed from the text of the Qur’an” and “instructed that righteous women are ... obedient” to men, and she complained that the course devoted only a single day to the study of Christianity, while multiple days were spent studying Islam. The 4th Circuit panel said she waived those arguments by not presenting them on appeal.

Attorney David Carroll, who filed a friend-of-the-court brief on behalf of the Christian Action Network, said that “the court’s refusal to consider the larger factual context of instruction about Islam, including the absence of similar teaching about other religions, was fatal.” While teaching comparative religions is appropriate, he said that in this case “there did not appear to be any true comparison made between Islam and other religions.”

Wood’s attorneys are still considering whether to appeal to the entire 4th Circuit or to the U.S. Supreme Court. —Steve West 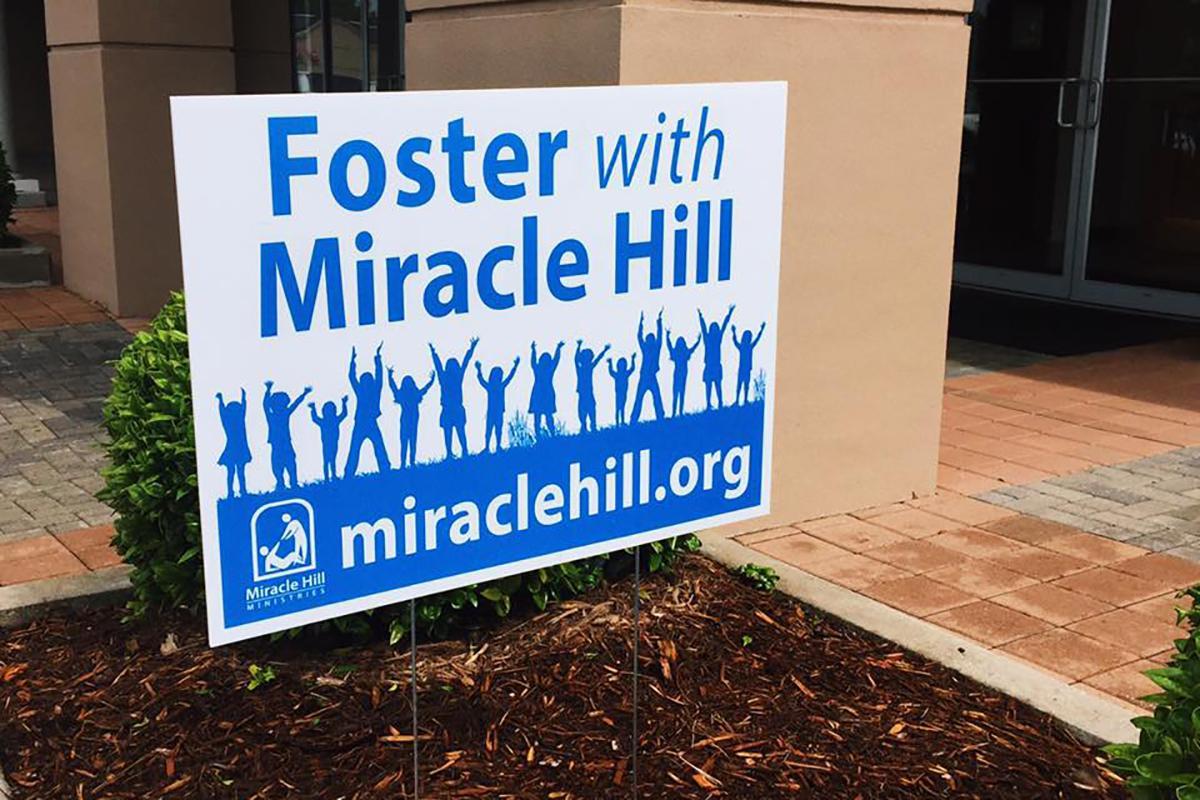 The battle for Miracle Hill

A lawsuit filed by a Catholic woman against a Protestant child-placing agency in South Carolina challenges a move by the Trump administration to protect the religious freedom of faith-based foster and adoption groups. Aimee Maddonna claims that Miracle Hill Ministries in Greenville, S.C., will not work with her because she’s “not the right kind of Christian.”

Last year, Miracle Hill faced a loss of federal funding and state licensing under Obama-era nondiscrimination rules that required faith-based agencies to work with foster parents regardless of their beliefs. Some faith-based agencies have shut down rather than work with applicants who did not agree with their statement of faith. Miracle Hill got a reprieve when, earlier this year, the Trump administration issued a waiver to South Carolina child-placing agencies, allowing them to act consistent with their religious beliefs.

Maddonna said Miracle Hill declined to work with her when it found out she was not a “born-again Protestant.” Miracle Hill requires foster-care applicants to “be an active participant in, and in good standing with, a Protestant church.”

The complaint seeks a declaration by the court that the exemption issued by the Trump administration violated federal law. It also asks for an order preventing the state “from expending or providing tax dollars to faith-based foster-care child-placement agencies that use discriminatory religious criteria to perform contracted-for governmental services.” —S.W.

The justices rejected an appeal by Mary Doe, a member of the Satanic Temple who claimed the law unconstitutionally violated her free exercise of religion. Her attorney said the law kept her from acting on her beliefs, which, according to court filings, include making decisions based on science and considering an unborn baby before the point of viability not a separate human being.

The Missouri law requires abortionists distribute a booklet to women seeking an abortion that states, “The life of each human being begins at conception. Abortion will terminate the life of a separate, unique, living human being.” It also requires a 72-hour waiting period before an abortion and says that abortionists must offer an ultrasound to mothers.

The court rejected the claim that the informed consent law required Doe to violate her religious beliefs. She didn’t have to read the booklet, have an ultrasound, or listen to the fetal heartbeat, said the court, because the statute “imposes no such requirements.” —S.W.