A surrogate mother has appealed to the U.S. Supreme Court in a battle to gain custody of triplets she carried by gestational surrogacy.

Moore, a postal worker, lives in his elderly parents’ basement in Mableton, Ga. The arrangement was made through a surrogacy agency.

Last week, Cook’s attorneys filed an affidavit with the Supreme Court written by Moore’s sister, who alleged Moore leaves the babies alone, sometimes forces them to eat off the basement floor, and has had to take the babies to the hospital for severe diaper rashes from not changing their diapers often enough, according to The Orange County Register.

Moore never wanted triplets. Doctors implanted three embryos—made from his sperm and donor eggs—assuming they would not all live. After all three proved healthy and viable, Moore ordered Cook to abort one. She refused, and Moore eventually agreed to take all three.

From the middle of her pregnancy until now, Cook has been fighting for legal custody of the three children. But California state laws treat surrogate-carried children as exchanged commodities and surrogate mothers as contracted service providers. The “intended parent” has exclusive parental rights to the babies.

Cook and her attorney argue the law violates her constitutional due process and equal protection rights. But so far, lower courts have refused to acknowledge Cook has any rights to the children.

Pro-family groups say this case exemplifies the complicated and sometimes ugly underbelly of surrogacy. There are no national laws regulating the practice, and state laws are inconsistent.

A friend-of-the-court brief filed last month by the Thomas More Society on behalf of five medical organizations—including the American Association of Pro-Life Obstetricians & Gynecologists and the Catholic Medical Association—highlights mounting research showing surrogacy poses medical risks to both the surrogate mother and the babies. Risks include higher occurrences of adverse outcomes and fetal anomalies in surrogate-carried infants than infants conceived spontaneously, greater physical burdens for pregnant surrogates than other pregnant women, and harm to both the surrogate and baby by severing the maternal-child bond.

“Surrogacy diminishes respect for motherhood and the unique mother-child bond, encourages exploitation of women, and it commodifies pregnancy and children,” said Sarah Pitlyk, special counsel for the Thomas More Society.

Another brief filed on behalf of 15 feminist academics asserted the law governing surrogacy exploits both the mother and child and denies the biological connection between a surrogate and the baby.

“The emerging science of epigenetics shows that the woman carrying the child also shapes his or her identity in permanent, deeply significant ways,” Kathleen Sloan, executive director of the Connecticut chapter of the National Organization for Women and the author of the brief, wrote in an essay for Public Discourse. “To assert that a pregnant woman is not at all the mother of the child or children she is creating with her own body—regardless of whether the egg was hers—is a flat denial of biological reality.”

Sloan noted that in these cases the best interests of the surrogate-carried child are ignored because he or she is considered a “purchased commodity subject to property and contract law.”

The Supreme Court is set to decide soon whether or not it will take the case. 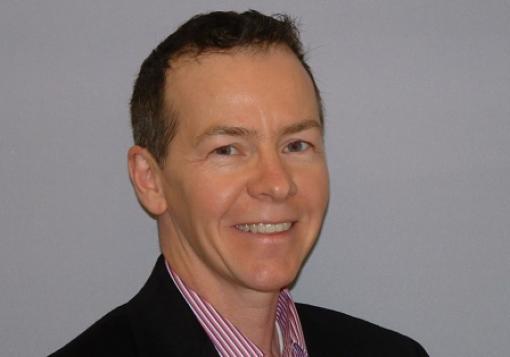 James Caspian, 58, a graduate student in counseling and psychotherapy at Bath Spa University in Bath, England, said he became interested in the topic after speaking to a surgeon who reverses gender-change operations in people who regret their decisions. Caspian specializes in therapy for transgender people.

“Engaging in a potentially ‘politically incorrect’ piece of research carries a risk to the university,” the rejection letter said, noting that posts on social media about Caspian’s research could be “detrimental to the reputation of the university.”

But Caspian countered that the university was ignoring another aspect of its reputation.

“Where would stand the reputation of a university that cannot follow the most basic tenets of academic and intellectual freedom of inquiry?” Caspian told The Times of London. “I am more concerned about the potential impact of that stance on its reputation than I am about possible comments on social media.”

Caspian filed a complaint with the university and is still awaiting a hearing. —K.C. 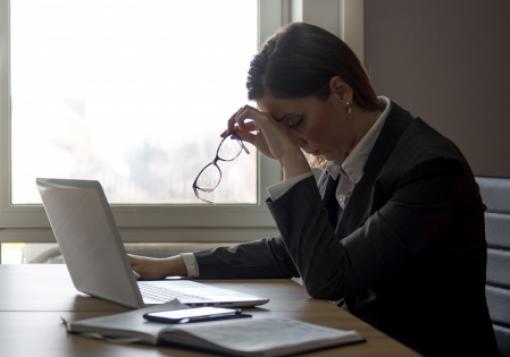 Men and women both experience negative mental health effects when bucking conventional gender roles, according to research released last month by the University of Illinois.

Researchers found women whose paychecks rose to become the majority of their families’ income reported more symptoms of depression while men’s psychological health improved over time as they became primary breadwinners. And although women’s mental health was not affected by leaving full-time work to stay home with children, men’s mental health declined when they became stay-at-home dads.

Though the mental health of women with more egalitarian beliefs about career success and gender roles didn’t take a hit, men’s mental health declined as their proportion of the family income shrank, regardless of egalitarian views.

The study did not determine whether men and women experience depression due to lingering societal expectations—the study looked at research initially gathered in the 1990s—or whether traditional roles may be more engrained in us than we think. —K.C.

A fairy tale without the prince

An Italian woman claims she is the first person in her country to marry herself. Laura Mesi paid more than $10,000 for her recent wedding celebration, complete with a white gown, bridesmaids, a figurine-topped custom cake, and a lone honeymoon to Egypt. More than 70 friends and family members attended the ceremony and reception. Following a 12-year relationship breakup in 2012, Mesi said she promised to marry herself if she had not wedded by age 40.

“I firmly believe that each of us must first of all love ourselves,” Mesi told the Italian newspaper La Repubblica. “You can have a fairy tale even without the prince.”

She may be the first in Italy, but “sologamy,” or self-marriage, is on the rise globally. —K.C.

Democrat Danica Roem, 32, a transgender person who self-identifies as a woman, is challenging Republican incumbent Robert G. Marshall, a 25-year political veteran, for a seat in Virginia’s House of Delegates. If elected to represent voters in Prince William County, 35 miles west of Washington, D.C., Roem would become one of the first openly transgender state legislators in the country.

So far, Roem has out-fundraised Marshall by a factor of 5-1, according to The Washington Post. But nearly one-third of the $370,000 raised so far is from one out-of-state donor. This week, Roem released a YouTube ad (see below) pushing back against comments Marshall made about why he refers to Roem as a man.

“You can change appearances, but your DNA fixes your bodily structures for your entire life,” said Marshall, explaining his position to the Post. —K.C.

A group of polygamists (people who want to marry multiple people) and machinists (people who want to marry machines) filed a federal lawsuit in Mississippi this week challenging the state’s recognition of same-sex marriage. The plaintiffs argued legalizing gay marriage was unconstitutional because it constituted recognizing one type of secular humanism over another. If the court wants to be ideologically consistent, they argued, it would uphold the freedoms of polygamists and machinists and not deprive them of their fundamental right to marry as well. —K.C.

I was under the impression a machinist was some one who operated machines (lathe, mill, etc). I am truly confounded that some one would fixiate upon a machine as their object of lust.

The article cited under "Unlikely Bedfellows" states, "Three of the four plaintiffs list their address as Salt Lake City, Utah," so stating above that the plaintiffs are arguing that legalizing gay marriage "constituted recognizing one type of secular humanism over another" may be a misnomer.

Their logic is good, though, when applying the Lemon Test to the matter.  It will be interesting to see how far they can go.  It is only a matter of time now; foolish hearts have been darkened.