Supporting prisoners without seeing them

When South Carolina began locking down its prisons in March, the ministry Jumpstart had to quickly adjust. The organization’s leaders and volunteers typically partnered with about 150 trained inmates across 16 different prisons to run a 40-week discipleship program. But in response to COVID-19, prison officials began restricting the inmates’ movement, banning gatherings, and blocking visitors, including Jumpstart volunteers. The group is now limited to sending letters to its inmate leaders, many of whom are doing their best to carry on with classes from their dorms. Tommy Moore, the group’s executive director, said the system isn’t optimal, but lockdown leaves them few options.

“It is extremely difficult right now to communicate with inmates and assess what they’re feeling, how are they doing,” he said. “It’s just difficult.”

Inmates are not only vulnerable to contracting the virus because of the close quarters they live in, but also to the mental and emotional strain of isolation as facilities close their doors to visitors and programs. As the lockdown has stretched on for months, prison ministries have adapted to continue serving inmates. Some have even had new opportunities as prison officials reached out for help.

Just over 64,000 prisoners and 14,000 prison workers had tested positive for the coronavirus across the country as of July 14, according to the Marshall Project. More than half of those recovered, but the situation is ever-evolving. In March, April, and May, San Quentin State Prison in California reported no coronavirus infections. But after a prison transfer at the end of May, a third of its inmates contracted COVID-19 in June. “The sense of worry and anxiety is extremely high,” said James Ackerman, Prison Fellowship president and CEO.

Some organizations, like Prison Fellowship, have shifted their focus to providing inspirational materials for inmates. After the California Department of Corrections reached out to Prison Fellowship for material to use across its internal television network, the ministry established an online portal of digital content that it offered to other wardens and states. Now, prisons in 41 states and more than 400,000 prisoners have access to sermons, concerts, and other content.

Other ministries have followed the lead of churches and gone virtual. Church Unlimited and God Behind Bars in Texas used to hold nine meetings in four prisons with about 1,500 attendees each week. After prisons shut their doors to visitors in March, the ministry partnered with the Texas Department of Criminal Justice to send DVDs to more than 100 prisons across the state.

Changing policies have left many inmates in need of a completely new kind of support. To limit overcrowding, the federal Bureau of Prisons has moved more than 7,000 prisoners into home confinement since March 26. At the same time thousands of prisoners were granted early or temporary release, many shelters and halfway houses closed due to the pandemic. During the first two weeks of April, Ministry on the Margins sheltered dozens of people, many transitioning out of prison, in motel rooms, according to Catholic Extension.

Prisons around the country are starting to open up, but the process, like with schools, will vary. Ohio is opening six state facilities to visitors throughout July, and Missouri, Oklahoma, and Delaware have also partially reopened some prisons with restrictions. But Moore has seen signs that the experience could have a positive, long-term impact on prison ministry. He said the pandemic has opened new conversations with churches about serving inmates and those recently released: “One thing I’m seeing is the body of Christ really reaching out to us and saying, ‘How can we serve you?’” 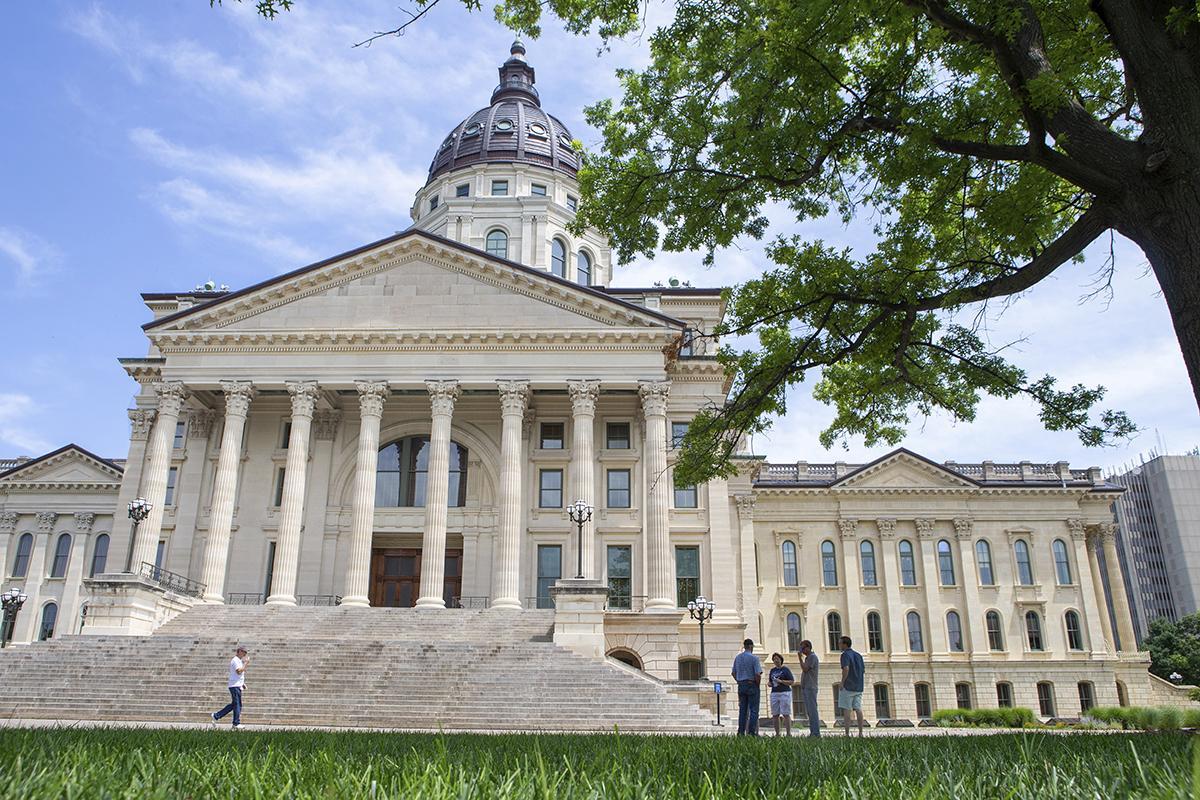 The lawsuit cited a ream of problems: One boy had more than 130 placements in six years, and two brothers had 15 placements in less than a year. Many children ran away from foster homes and suffered mental trauma in state care. The suit referenced one girl whose adoptive father and brother raped her. Then another foster parent trafficked her for sex, and a state worker assaulted her in a child welfare office.

The settlement will prevent foster children from sleeping in child welfare offices and frequently moving between foster homes. It also provides mental health screenings for children entering the system. The plaintiffs sought changes to the system rather than money. Teresa Woody, litigation director for the Kansas Appleseed Center for Law and Justice, told The Kansas City Star the settlement “does exactly what we hoped it would do.” —Charissa Koh 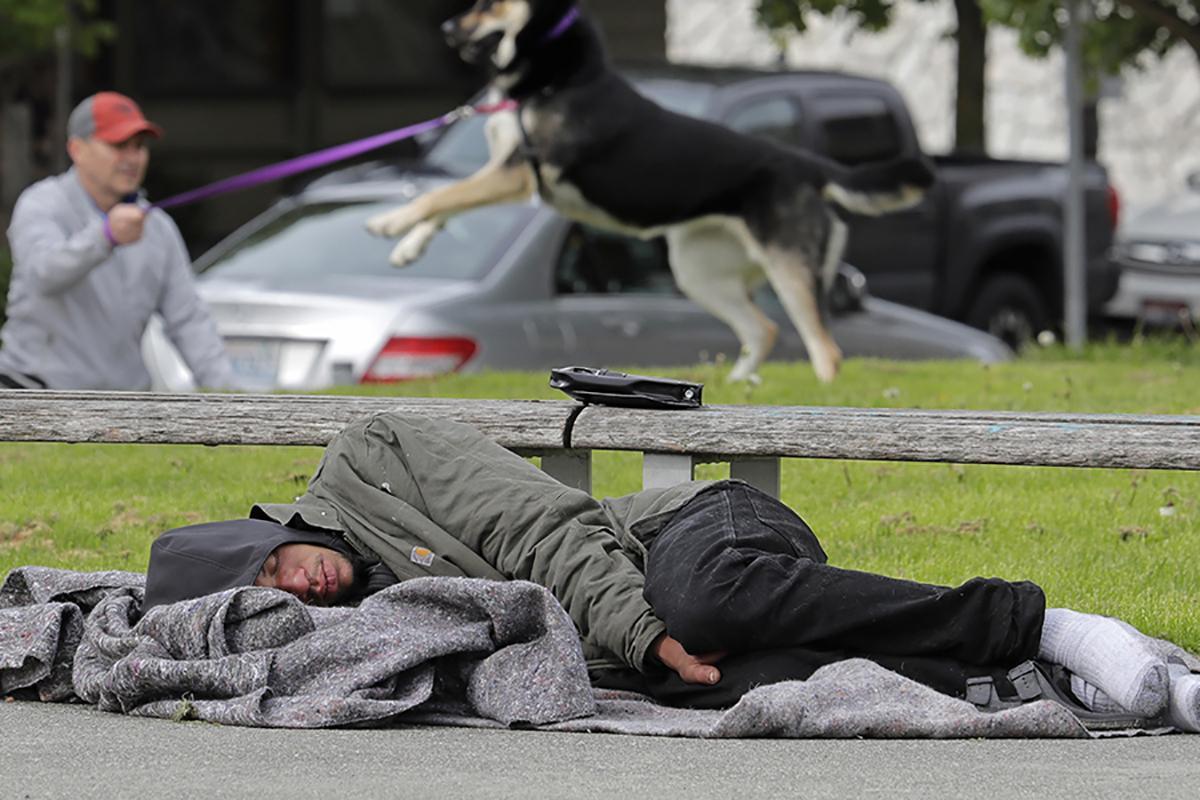 Not everyone supports the mayor’s approach to fighting homelessness. “The homeless problem is more about mental illness and addiction than it is about physical buildings,” Paul Guppy, vice president of research at the Washington Policy Center in Seattle, said in 2019. “The basic public misperception is this idea that building affordable housing will solve the homeless problem, and that’s just not true.” —C.K.

A new Tennessee law aims to make sure pregnant women behind bars receive better care. It requires prisons and jails to provide nutritionally appropriate meals and supplements and make doctors available for prenatal and postpartum treatment. The state already offers special diets for pregnant women and sometimes six-month furloughs to give birth and care for infants. But jails and prisons didn’t consistently comply. Nina Gurak, a policy fellow at Healthy and Free Tennessee, told WKNO-FM the new law would standardize care: “Just because you pass a law doesn’t mean that things magically change. We’re also figuring out ways to stay committed to making sure that the change actually happens on the ground.” —C.K.

A federal judge extended the government’s deadline to release migrant children in custody. In June, U.S. District Judge Dolly Gee ruled COVID-19 made Immigration and Customs Enforcement detention facilities unsafe for children and ordered the agency to release them by July 17. Attorneys requested more time to determine how to accomplish the order, prompting the extension to July 27. Government officials refused to release the children’s parents, leaving some concerned about separating families. Others proposed that officials allow parents to waive a child’s right to release. —C.K.