A woman posing as a talent agent allegedly lured a 19-year-old into prostitution and forced her to perform in pornographic films. The victim, identified in court records as Jane Doe, said the pornography companies profited from her online videos even after learning she was being trafficked.

“Part of this lawsuit is to send a message to the world that it cannot turn a blind eye to human trafficking,” Haba said. “This is modern-day slavery. We need to live in a culture of zero tolerance.”

In the lawsuit, the victim said Steele claimed to be a modeling scout and gave her a business card, promising lucrative opportunities. From 2009 to 2011, Steele used “psychological manipulation, coercion, intimidation tactics, threats, and physical violence to control, dominate, and exploit” her, the lawsuit stated, increasingly luring her into commercial sex acts in California and Nevada.

The suit accuses Canadian fashion mogul Peter Nygard of paying Steele so he could have sex with the victim. More than 80 other women have come forward with similar accusations against Nygard, said Haba, who is involved in separate legal action against him. The victim also said Steele partnered with multiple pornography companies that knew about her trafficking scheme.

If proven true, the companies’ actions would violate the 2000 Trafficking Victims Protection Act, which Congress amended in 2008 to allow for civil lawsuits against anyone who financially benefitted from trafficking about which they “knew or should have known.”

Federal law requires pornography companies to maintain documentation—including age and consent verifications—of anyone in their videos. But the companies and websites repeatedly break these rules, said Dani Pinter, senior counsel for the National Center on Sexual Exploitation.

“We hope this lawsuit brings to light the complete lack of regulation that is leading to widespread exploitation of adults and minors,” Pinter said. “We also hope that those who have suffered begin to see legal recourse as a viable option.” 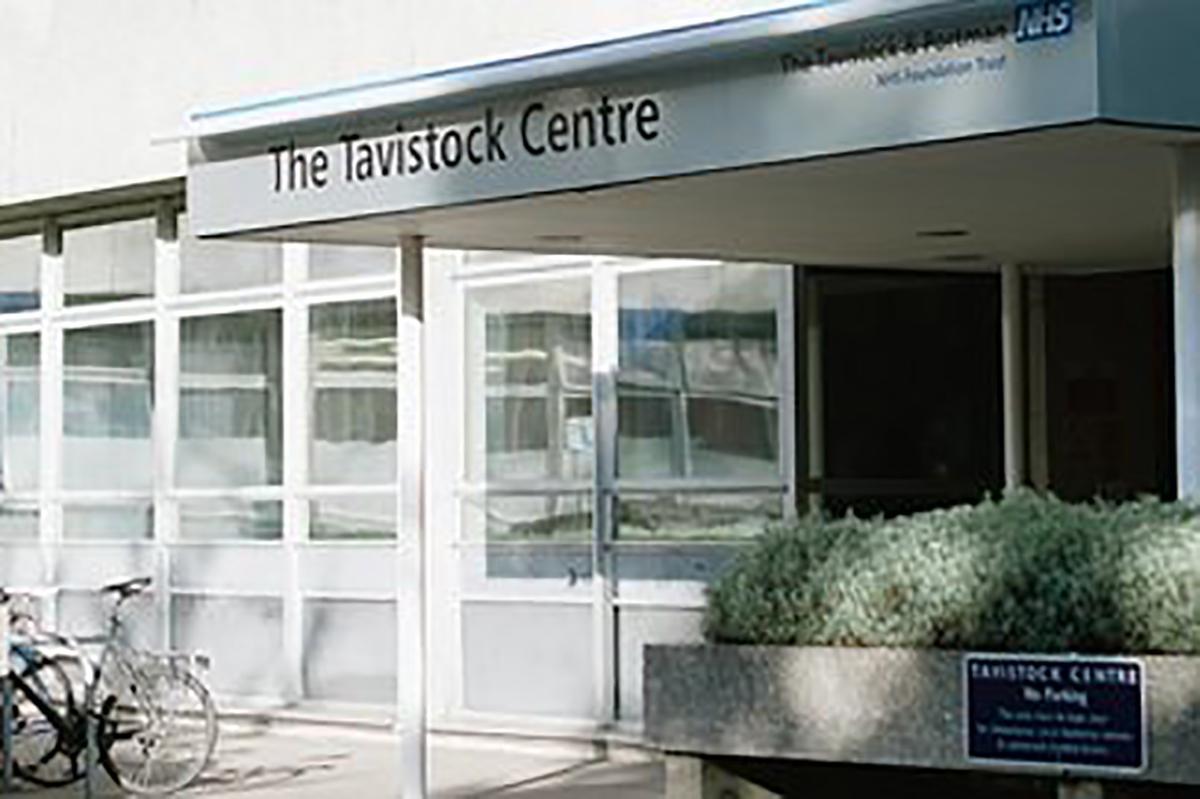 The U.K.’s National Health Services announced on Sept. 22 that it opened an independent review into gender identity services for children and young people.

Dr. Hilary Cass, the former president of the Royal College of Pediatrics and Child Health, will lead the effort to examine how and when gender dysphoric patients are referred to specialists and how physicians make decisions regarding their treatment. The investigation will look into the recent spike in children seeking treatment, from 77 in 2009 to 2,590 in 2018.

In recent years, the Tavistock and Portman National Health Service Foundation Trust, which operates the U.K.’s only “gender identity development” center, has come under increasing scrutiny. Allegations have surfaced of doctors rushing children to take puberty blockers and cross-sex hormones without explanation of the physical and psychological risks.

Keira Bell, 23, joined a lawsuit against the facility in March alleging that as a patient she “should have been challenged more” before the clinic gave her puberty blockers at age 16. She went on to take cross-sex hormones and have a double mastectomy in an attempt to become a man. Bell has since detransitioned and regrets her decision.

Bell said the NHS review came as a surprise and addresses many of the issues her court case planned to raise, leading her to suspend the lawsuit: “It is vital that we make the review aware of our concerns over the affirmation approach and lack of clinical exploration of reasons why a young person may have gender dysphoria.” —M.J. 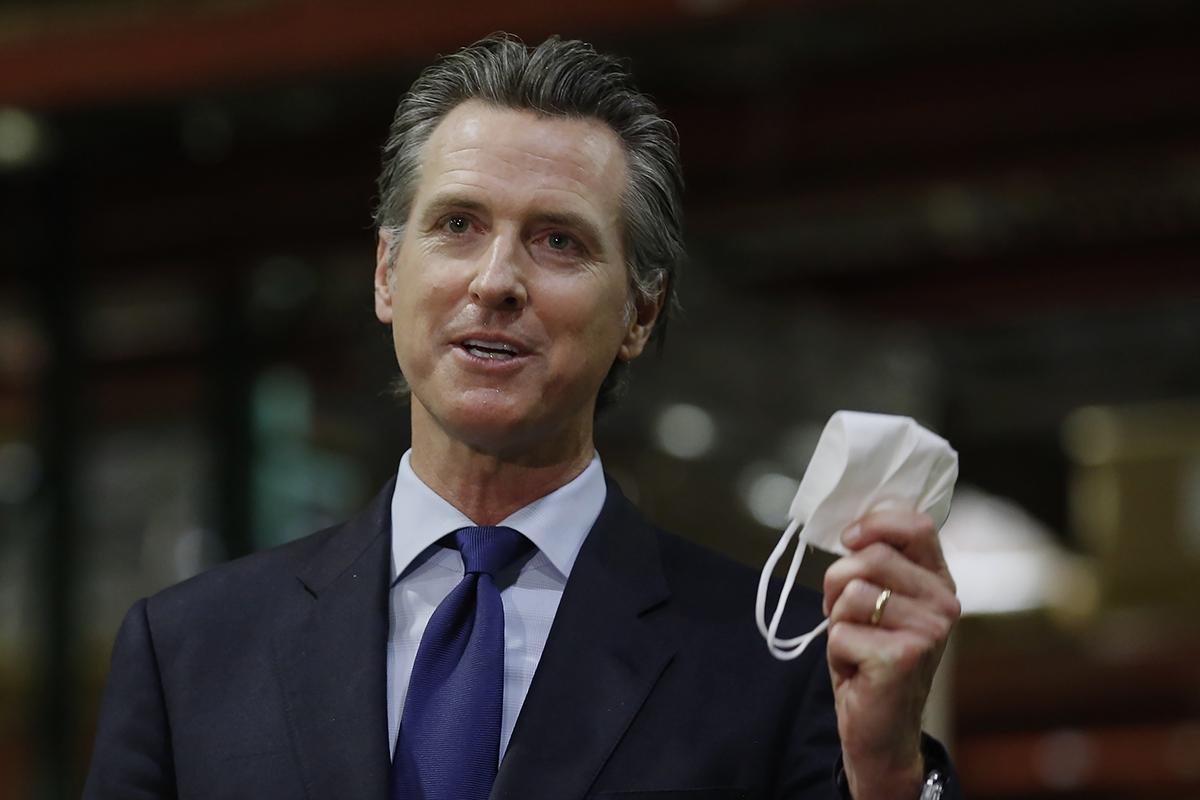 Despite widespread opposition, Democratic Gov. Gavin Newsom on Sept. 26 signed two bills that put transgender individuals and others at risk.

One law sets up a Transgender Wellness Fund earmarking taxpayer money for gender transitions. It also allocates funds for grants to transgender-led organizations for therapeutic arts, housing programs, and “gender-affirming healthcare services” including puberty blockers and cross-sex hormones for youth and sex-change surgeries for adults.

Medical and mental health professionals, parents, and individuals who regretted their sex-change surgeries have spoken out against the law. Newsom “is yet again ignoring the heartbreak his policies will unleash,” said Jonathan Keller, president of the California Family Council. “AB 2218 opens the door to drugs and surgeries causing irreversible damage, risking lifelong sterility for young people.”

Newsom also signed a law requiring the state to house inmates who identify as the opposite sex in prisons according to their preferred gender, not their biological sex, if there are no “management or safety concerns.”

Under the law, the California Department of Corrections and Rehabilitation officers must ask inmates privately whether they identify as the opposite sex, nonbinary, or intersex. Inmates who do will be allowed to choose to stay in men’s or women’s facilities. The state can object if it provides the reason for concern, but the inmate is allowed to appeal.

One-quarter of adopted children in the United Kingdom were diagnosed with or suspected to have a range of symptoms related to their birth mother’s alcohol consumption during pregnancy, according to a recent survey of nearly 5,000 U.K. adoptive families.

The survey, conducted by the charity Adoption UK, found that 8 percent of adopted children had a diagnosis and 17 percent were suspected by their adoptive parents to have fetal alcohol spectrum disorder, a condition causing brain damage, growth problems, and behavioral and cognitive difficulties. More than half of the families polled waited two years or longer for a diagnosis, and nearly 80 percent said healthcare professionals knew little about the condition.

“Given its scale and its devastating impact, this needs to be treated as nothing short of a health and social emergency,” said Mike Rebeiro, chair of trustees for Adoption UK. —M.J.