Boko Haram has stepped up sporadic attacks within the past month

A female suicide bomber on Monday killed at least eight people when she detonated explosives at a mosque in the northeastern Nigerian city of Maiduguri. The bombing is the latest in a spate of attacks by Islamic extremist group Boko Haram this month that have killed at least 43 people in the city.

“She rushed to the mosque and detonated the second bomb,” Bello said. “The first girl blew up where she was trapped.”

The explosion, which brought down the mosque, killed at least eight people and wounded 13. Bello said security officials killed two other female suicide bombers in another part of the city around the same time as the mosque attack.

The Nigerian military late last year said it had “crushed” the extremist group, but its sporadic attacks persist and have heightened in the past month.

On July 12, four suicide bombers killed 19 people and injured 23 others in Maiduguri when they first attacked civilian defense forces and then civilians who came out to mourn the dead. On July 3, Boko Haram militants raided the village of Ngalewa in southern Niger, 30 miles from the Nigerian border. Witnesses said the militants killed at least eight people and kidnapped about 40 women and children.

This week, Boko Haram released an unverified video of 10 kidnapped women calling on the government not to forget about them. The women were likely abducted in a June attack when the militants ambushed a 200-vehicle convoy on a highway connecting Maiduguri to the town of Damboa. Another video released earlier this month showed the public execution of eight men in northeastern Nigeria. Agence France-Presse reported one man who donned a white turban told the gathering villagers that the people facing execution were “apostates who have left the fold of Islam.” He warned the villagers of a similar fate should they defy the enforced Sharia law.

Martin Ewi, an analyst with South Africa–based Institute for Security Studies, confirmed terror attacks, especially in Maiduguri, have stepped up in the past month. Ewi said the killings signal that Boko Haram now has more opportunities to attack.

“It has either gathered strength, or the other party has relaxed,” he said, referring to a decline in security efforts in the area. 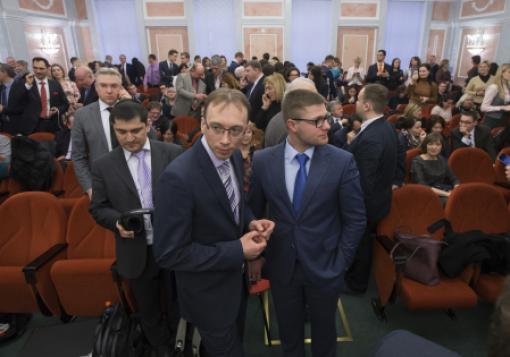 Russia’s Supreme Court rejected an appeal Monday from Jehovah’s Witnesses protesting the country’s recent ban on the religious group. In April, Russian authorities liquidated 395 chapters of the Jehovah’s Witnesses as part of antiextremism efforts. The group claims to have about 175,000 adherents in Russia.

Lawyers for the group filed several motions, including asking the court to consult religious experts and review its literature, according to Russian news agency TASS.

“We believe it is necessary to involve a specialist in religious studies. This is not just a legal entity that has been eliminated, but a whole religion has been liquidated,” lawyer Viktor Zhenkov said. “This religion has its doctrine; there is the need to question a religious studies scholar and find out if indeed this doctrine is that dangerous that it can be equaled to extremism.”

The court rejected all appeal motions by midday, although additional arguments continued until evening. After about 20 minutes of closed-door deliberations, the court left the ban in place.

Yaroslav Sivulskiy, the group’s Russian spokesman, told reporters after the hearing, “Religious freedom in Russia is over.”

“It’s a very sad situation for our country,” he said. “As you could see today, there were no real facts of any extremism on part of Jehovah’s Witnesses. It’s all about bad literature and intolerance. Now anyone who studies the Bible can be jailed.” —Julia A. Seymour 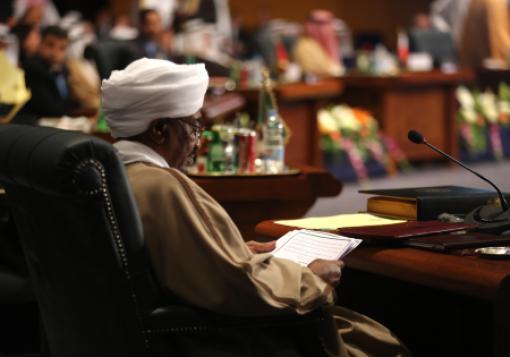 Sudan has halted negotiations with the United States after the Trump administration postponed the deadline to lift sanctions on the country.

Former President Barack Obama in January temporarily lifted the 20-year economic sanctions on Sudan, which would have become permanent July 12. But President Donald Trump issued an executive order last week that moved the deadline back by three months. State Department spokeswoman Heather Nauert said the administration needs more time to review the situation and determine whether Sudan has made enough progress for the sanctions to be lifted.

Sudan said it would still continue other cooperation efforts with the United States, but President Omar al-Bashir moved to “suspend the work of the negotiating committee with the U.S. until Oct. 12.” Human rights activists and several U.S. lawmakers have argued the sanctions should stay in place since the country continues to limit humanitarian aid, silence opposition, and stifle religious minorities. —O.O.

Doctors without Borders said it has pulled out of the town of Zemio in Central African Republic after militants attacked a hospital hosting more than a thousand displaced people and killed a baby. Two armed men entered the hospital July 11 and threatened a family before shooting the baby as the family tried to seek cover. “The child was shot in her mother’s arms and in a medical facility: the two places where a child should be safest,” the medical charity said. The group’s officials told Reuters that it relocated its officials to the capital city, Bangui. Many displaced people had sought refuge in Zemio as they fled militia violence in the country’s southeastern region. But the town increasingly faced attacks in the past few weeks, displacing more than 20,000 people. —O.O.

Another Christian is facing blasphemy charges in Pakistan, this time a teenager. Umair Ahmed, a police officer in the town of Kharian, said authorities detained the 16-year-old after he used derogatory remarks against Muhammad. Morning Star News identified the teenager as Shahzad Masih and said he worked as a sweeper at Shamim Riaz Hospital in the country’s Punjab province. Masih’s mother Hina Shafaqat told the publication her son had an altercation with an employee at the hospital, who plotted the case against him. She said the family has been unable to locate him in any of the region’s prisons. Ahmed said authorities relocated the teenager for his own safety. —O.O.

An Algerian Christian who received a three-year sentence for “insulting Islam and the prophet Muhammad” has received a partial presidential pardon, his family said. Authorities dished out the prison sentence to Slimane Bouhafs last September after he posted a message on social media about the light of Jesus overcoming Islam and its prophet. Bouhafs’ daughter Thielli said a public prosecutor last week informed the family of the presidential pardon, which coincided with the country’s 55th independence celebration. The pardon means Bouhafs could be released in nine months. —O.O.