Researchers warn moms and dads against constantly checking their devices

Technology distractions and child behavioral problems are intricately connected, according to a new study in the journal Child Development.

The study, “Technoference: Parent Distraction With Technology and Associations With Child Behavior Problems,” found that small daily intrusions by technology devices in the parent-child relationship were linked to anxiety, depression, hyperactivity and disruptive behavior in children.

The study’s authors, Brandon T. McDaniel, an assistant professor at Illinois State University, and Jenny S. Radesky, a professor at the University of Michigan Medical School, note that previous studies have looked at technoference and its negative impact on family relationships, but their study is the first to show significant association between problematic technology use and child behavior.

“Parents should critically examine their device use and seek to minimize distractions and time spent on technology while interacting with young children,” McDaniel said. “Our new study suggests that even minor, everyday interruptions in parent-child interactions—even in fairly high functioning families—are intricately linked with child behavior.”

McDaniel gave a few examples: Your phone vibrates while playing with your child, you check it, then end up on Facebook, then Instagram, and 10 minutes later realize your child has wandered off to play by herself. Your child repeats a question over and over, growing louder and more frustrated until you finally notice and look up from your phone, responding in an irritated tone. You ask your children to do something, pull out your phone to check it while you wait, get lost in a few emails, and finally re-engage only to find your children have made a mess and not done what you asked.

“Distraction with a device could potentially influence every aspect of parenting quality, leading you to be less in sync with your child’s cues, to misinterpret your child’s needs, to respond more harshly than usual, and to respond much too long after the need arose,” said McDaniel.

On average, 40 percent of mothers and 32 percent of fathers in the study said they used technology in problematic ways.

McDaniel suggested parents develop strategies to stay present with children, for example “technology free zones” in the home or “technology free hours” every day. He also suggests asking the question “Can this wait until later?” before pulling out a phone while with young children. 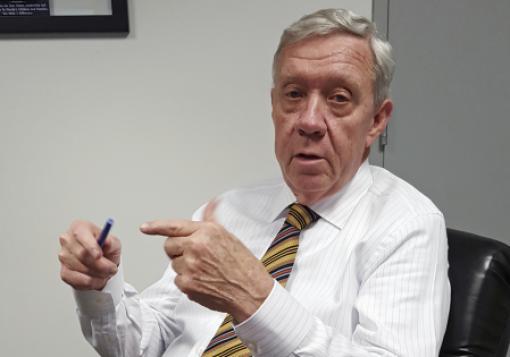 Illinois’s child welfare agency now requires that any individual working with a child in its system support LGBT rights.

The new policy, signed and implemented May 6 by Illinois Department of Child and Family Services (DCFS) director George Sheldon, is intended to promote the “well-being of lesbian, gay, bisexual, transgender and queer/questioning (LGBTQ) children and youth in the department’s care.”

Under the new policy, staff and volunteers must affirm children’s exploration of sexuality and provide affirming care “regardless of one’s personal attitudes, beliefs, preconceptions and/or judgments, if any, surrounding matters of sexual orientation, gender identity, and gender expression.”

Staff members risk losing their jobs if they are not able to affirm the policy.

To ensure uniformity, staff, providers, foster parents, and volunteers must undergo regular “LGBTQ competency” training regardless of whether they currently serve LGBTQ children. Agencies that partner with DCFS must also require the training for their employees and volunteers.

And while caseworkers are now required to inform the newly created staff position of state LGBTQ coordinator about any sexual orientation or gender identity issues involving any child in the system, the child’s parents are not allowed to know. While in state care, a child’s parents also have no say about whether a child will receive puberty blockers or hormone treatment.

“Illinois has decreed its own ‘truth’ about the human person and served notice that it will muzzle the speech and religious beliefs of employees, caregivers, professionals, and cooperating agencies who think otherwise,” wrote Mary Rice Hasson, a fellow at the Ethics and Public Policy Center. “The only winners are progressive activists and lawyers eager to fill their litigation dockets. The losers? Illinois’ most vulnerable children.” —K.C.

Women’s fears of the negative effects of an unplanned pregnancy are much worse than reality, according to a recent survey.

The report, “Prevalence and Perceptions of Unplanned Births” by the Urban Institute, found one-third of all U.S. women ages 18 to 44 and over six in 10 of all mothers in the same age group had experienced an unplanned birth.

“This may reflect women’s ability to adapt and make the best of their situation when an unplanned birth occurs, women’s reluctance to attach negative feelings to a situation that resulted in a child they love, or women’s decision to carry an unplanned pregnancy to term rather than have an abortion,” wrote the study’s authors. —K.C.

A switch too far

Two gender changes is enough, according to administrators at a Long Island high school. Earlier this school year, Valley Stream South High School required a female student, who asked to remain anonymous, to sign a contract barring her from switching her gender identity because she had already switched it twice, according to the New York Post.

The student, born a girl, asked that the school recognize her as male with a new name last year, her sophomore year. Teachers and students addressed her by her new male name in class and she changed clothes in the nurse’s office for privacy.

But this year she asked to revert to being treated as a female. Her guidance counselor agreed to the change, but required her to sign a contract promising she would no longer switch gender identities while at the school.

“A student should feel safe to figure their identity out no matter how many times they change who they are,” the student told the Post.

But she now says she will likely continue to identify as female for the foreseeable future: “I just came to the realization that gender is not a big deal either way.” —K.C.

The power of parents

Obese children do not need to attend childhood obesity treatment programs to achieve weight loss, they just need to send their parents, according to a study published this week in the journal JAMA Pediatrics. The study found that obese children lost the same amount of weight over a 24-month period if they attended treatment with their parents or if their parents went alone.

Conclusion: If parents change their behavior and mindset, their children change as well. —K.C.