Teen pregnancies in England fell dramatically after cuts to sex education program funding, according to a new study.

The analysis, published in the Journal of Health Economics last month, examined the effect of budget cuts to government-run teen pregnancy-prevention programs—including sex education, free condoms, and access to the “morning after pill”—in the last decade.

The results surprised the authors and frustrated sex-ed advocates.

Between 1999 and 2010 the British government poured hundreds of millions of pounds into expanded access to birth control and sex education through the national Teenage Pregnancy Strategy program. Post-crash austerity cuts in 2008 slashed the program budget by 70 percent. Politicians and activists sounded the alarm: Rates of teen pregnancy would surely jump because of the funding cuts.

Instead, England saw a nearly 50 percent drop in the under-18 conception rate between 2007 and 2015, to the lowest level since 1969, leading the study’s authors to conclude government initiatives to reduce teen pregnancy may be “counterproductive.”

“Put simply, birth control will reduce the risk of pregnancies for sex acts which would have occurred anyway but may increase the risk among teenagers who are induced by easier access to birth control either to start having sex or to have sex more frequently,” wrote the study’s authors, David Paton from the University of Nottingham and Liam Wright from the University of Sheffield.

Because austerity cuts to teen pregnancy programs varied in both amount and timing across regions, Paton and Sheffield could compare changes to pregnancy rates alongside varied changes in annual expenditures. They examined data from 149 local districts between 2008 and 2014.

Whereas some anticipated the rates of pregnancy would drop the most in the areas with the smallest cuts, “to our surprise, we found the opposite,” Paton and Sheffield wrote. “Authorities making bigger cuts saw relatively larger decreases in both birth and abortion rates among teenagers.”

The authors admit correlation does not necessarily equal causation, but note their results held up to a battery of statistical tests that ruled out other factors as explanations, including education, poverty, and the local political party in control.

While critics are scrambling to find alternate explanations for Paton and Sheffield’s study, some experts have praised the results, saying it “proves exactly what those of us who have specialized in this area have been saying for years,” wrote Jill Kirby, columnist and former director of the Centre for Policy Studies, a conservative think tank.

“For decades we have failed young teenagers by making sex acceptable and facilitating it. … Today, once more, there is clear evidence of a direct correlation between increased sex education and teenagers having more sex. Yet still, the official approach is to insist that sex education—at younger and younger ages—is the only answer to the crisis.” 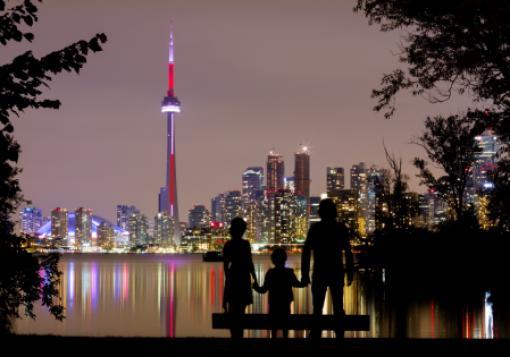 Is opposition to the LGBT agenda child abuse?

Canadian parents are pushing back against a child welfare bill recently passed in Ontario that elevates gay rights over parental prerogative.

Opponents say the measure, called the Supporting Children, Youth, and Families Act, or Bill 89, would give the state the power to remove children from families who oppose LGBT and gender ideology, as well as disqualify couples from fostering or adopting.

The bill, passed by a vote of 63 to 23 late last week, repeals and replaces the previous act governing child protective services, foster care, and adoption.

Under the new law, both “gender identity” and “gender expression” are factors government officials must consider when examining a child’s best interest. The act also removes parents’ religious faith as a factor and says only the child’s own “creed” or “religion” can be considered.

Michael Coteau, the minister of child and family services, has tried to reassure parents the bill does not change the grounds for removal and will not make it easier for children to be seized from Christian homes.

“I want to reassure the Christian community out there that this bill, its purpose is to protect children and make sure the child’s at the center of decision-making,” Coteau said in an interview with QP Briefing.

But Coteau noted that telling an LBGT teen their identity is wrong or that they should change remains an act of abuse.

“I would consider that a form of abuse, when a child identifies one way and a caregiver is saying no, you need to do this differently,” he told QP Briefing. “If it’s abuse, and if it’s within the definition, a child can be removed from that environment and placed into protection where the abuse stops.”

“With the passage of Bill 89, we’ve entered an era of totalitarian power by the state, such as never witnessed before in Canada’s history,” Jack Fonseca, senior political strategist for Campaign Life Coalition, told LifeSiteNews. “Make no mistake, Bill 89 is a grave threat to Christians and all people of faith who have children, or who hope to grow their family through adoption.”

More than 10,000 people have signed a petition calling for the bill’s repeal. —K.C. 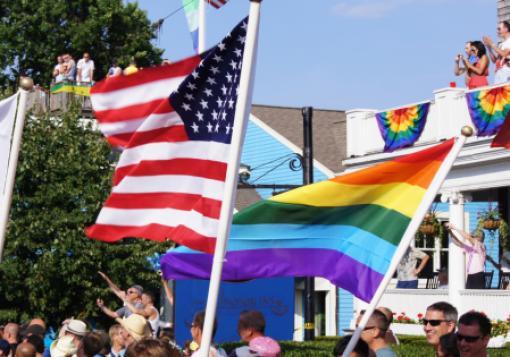 Massachusetts lawmakers are debating a bill that would ban mental health professionals from engaging in therapy with minors who desire a change in sexual orientation or gender identity. The hotly contested legislation, H. 1190, had a hearing before a state House committee earlier this week.

Supporters claim the law will decrease the risk of suicide for LGBT youth. But opponents argue the bill denies patients access to the treatment of their choice, violates the confidential relationship between a counselor and client, flies in the face of scientific evidence about gender dysphoria, and threatens parents with permanent removal of their children if they don’t abide by the law.

A pro-LGBT organization plans to send a message to Southern Baptist Convention leaders at the denomination’s annual conference next weekend: Stop religious-based harm to LGBT children and teens.

Faith in America (FIA) announced its “Save yOur Child” initiative late last month and claims it has rallied a team of medical professionals, clergy, country music stars, and volunteers to converge on the June 13-14 meeting. They plan to engage attendees about the health crisis of LGBT youth allegedly created by religiously condemning homes.

FIA said SBC leaders voiced disagreement over the group’s stance on homosexuality but expressed a desire to meet and talk. —K.C.

Two think tanks on either side of the political spectrum released a joint report Tuesday on paid family leave. The combined effort by the conservative American Enterprise Institute and the left-leaning Brookings Institution—which advocates for eight weeks of gender-neutral paid paternal leave for all new biological or adoptive parents—offers a glimpse at what a bipartisan paid leave plan might entail. President Donald Trump has promised to make a federal paid family leave policy a priority for his administration. —K.C.