Two students have filed a lawsuit against their Pennsylvania school district for the right to operate a pro-life club according to their proposed mission statement. The lawsuit, filed July 11, came after the district refused to back down from requiring the club’s policies meet unprecedented standards.

Elizabeth Castro and Grace Schairer jumped through all the requisite hoops to establish Trojans for Life at Parkland High School in Allentown, Penn., only to have their request denied in March. After attorneys with the Thomas More Society warned the district in a letter that its actions violated the students’ constitutional rights, the school backed down but with a caveat.

“As far as we know, no other club is restricted to advocating and educating solely their own members, but are permitted to engage in speech with the entire school,” Thomas More Society attorney Jocelyn Floyd told me. “Even after we explained the problems with those restrictions and gave legal support to back up our explanations, the district insisted that it would not change its positions on any of them.”

With negotiations at an impasse, Castro and Schairer filed the lawsuit in the U.S. District Court for the Eastern District of Pennsylvania. The lawsuit, Castro v. Parkland School District, claims the district’s actions violate the federal Equal Access Act and the First Amendment.

The district also prohibited the club from fundraising, fearing a possible violation of the Establishment Clause if money raised by the students went to support religiously affiliated pregnancy centers. But Floyd said the law allows student clubs to use raised funds at their discretion.

Administrators called students’ plans to sponsor a memorial service outside an abortion center “dangerous,” denied the activity, and declared all club activities subject to district approval.

Floyd said no other Parkland High School club is required to operate under such scrutiny, and the standards violate the district’s own policy.

Schairer, who will be a senior this fall, hopes to see the club established before she graduates to educate her peers about abortion and offer resources to students facing unplanned pregnancies.

“The school is treating us like second-class citizens because we want to create a culture of life and be a positive influence to our peers,” she said. 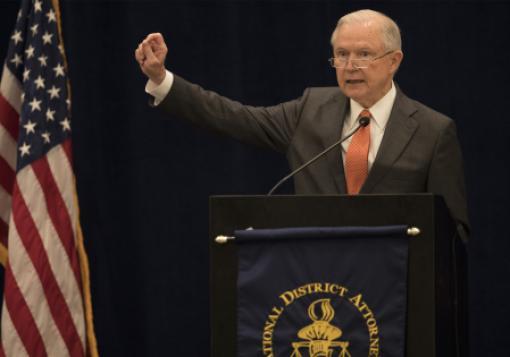 Illustrating the need for religious liberty

An address by U.S. Attorney General Jeff Sessions last week to a group of Christian attorneys drew fire and false accusations from media sources. The incident served to illustrate the theme of Sessions’ speech—the essential role of religious liberty in America and the need to preserve it.

In his remarks to a gathering of Alliance Defending Freedom (ADF) attorneys in Southern California on July 11, Sessions recounted the “Western heritage of faith and reason” that framers of the Bill of Rights understood as the foundation of religious liberties. They did not seek to establish a theocracy but to recognize the rights of conscience that were “essential to being a created being,” he said.

“But the cultural climate has become less hospitable to people of faith and to religious belief. And in recent years, many Americans have felt that their freedom to practice their faith has been under attack,” he told the attorneys. “This feeling is understandable.”

As if to demonstrate his point, a major news outlet writing about the event cited an organization that uses public shaming as a means of silencing or marginalizing the voices of its ideological opponents. The Southern Poverty Law Center (SPLC) in 2016 labeled Alliance Defending Freedom an “anti-LGBT hate group.” ABC News repeatedly used the moniker and unsubstantiated claims about ADF’s intentions toward LGBT people in its report. 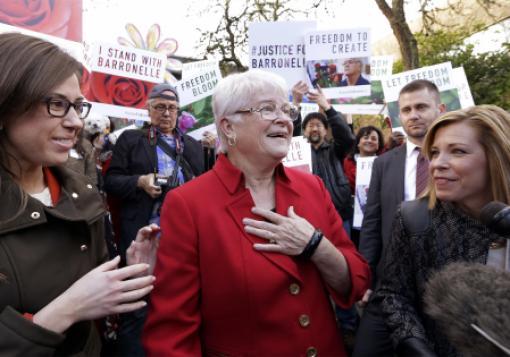 A baker and a florist walk into the Supreme Court …

Barronelle Stutzman, the Washington state florist sued for declining to create custom floral arrangements for a gay wedding, has asked the U.S. Supreme Court to hear her case. In their July 14 appeal, Stutzman’s attorneys asked the court to consolidate her case with that of Colorado baker Jack Phillips,’ which the court agreed to hear this fall.

Stutzman’s attorneys with ADF also represent Phillips in Masterpiece Cakeshop v. Colorado Civil Rights Commission. Both petitions question whether the government can compel the baker or the florist to “create expression that violates their sincerely held religious beliefs about marriage.”

The state of Washington and Robert Ingersoll, who is represented by the American Civil Liberties Union, sued Stutzman in two separate lawsuits. She stands to lose her business and her personal assets if the court rules against her or Phillips.

“This Court’s review is needed to prevent the state from silencing professional speech creators with dissenting religious views,” the petition states. —B.P.