A child stands with her mother at a rally in Sacramento, Calif., last week protesting changes to sex education guidelines in schools. Associated Press/Photo by Rich Pedroncelli

The California State Board of Education voted unanimously last week to approve a controversial new health curriculum framework for schools and health textbooks despite pushback from parents claiming the recommendations expose children to graphic, pornographic, and harmful information.

The framework, more than 700 pages long, will overhaul sexual education in the state’s public schools by setting new standards for health textbooks and for teachers who instruct students from kindergarten through 12th grade about everything from nutrition and substance abuse to sexual orientation and gender identity.

The board voted to approve the framework on May 8, about a year after the department first released a draft for public review. The state legislature mandated in 2015 that public and charter schools provide so-called comprehensive sexual health education that affirms different sexual orientations and teaches about gender identity and expression.

Advocates of the new framework celebrated the vote, claiming the recommendations will finally provide students with LGBT-inclusive and medically accurate information about sex and gender.

But many California parents disagree.

Last year, Orange County public school parent Stephanie Yates read the new framework and decided to start a Facebook group to inform parents about the material the framework would push into California classrooms. Today her group, Informed Parents of California, has nearly 25,000 members.

She said parents she talks with assume sexual health education focuses on anatomy, puberty, and protection from pregnancy and sexually transmitted infections. They are shocked to learn it includes how-to guides for risky sexual behavior and instruction for children on how to give and receive sexual consent.

In an effort to point out the explicit nature of the recommendations leading up to last week’s vote, Informed Parents of California published a press release linking to pages from four specific books recommended and endorsed by the framework.

On the day of the vote, a board member moved to drop the controversial books from the framework, arguing they had created a panic and distracted from the department’s education goals. “It’s important to know the board is not trying to ban books,” said Board of Education member Feliza Ortiz-Licon. “We’re not saying that the books are bad. But the removal will help avoid the misunderstanding that California is mandating the use of these books.”

After hearing from more than 200 individuals during a public comment period, the board voted unanimously by a voice vote to pass the health curriculum framework with the four specific books deleted.

But Informed Parents of California argues the books were simply illustrative of larger ideological problems with the entire document, which will now serve as a guide for textbook publishers as they create curriculum for California school districts.

Yates plans to pull her young son out of the public school system at the end of this school year, but said her fight against the framework is not over.

“I can pull my kid and be like, ‘I’m out of this battle,’” she said. “But that leaves cousins, friends, playground friends, baseball teammates still in the system. And future generations, what about my grandkids? What kind of life will my grandkids have?” She said parents who retreat to private schools or homeschooling without continuing to push back may soon find the state infringing on their parental rights in those environments: “If we just pull [our children] and take a step back, they’re going to take more ground.”

Informed Parents of California is holding a Sex Ed Sit Out on Friday to protest the health framework. Yates said parents in 40 of California’s 58 counties have committed to participate. 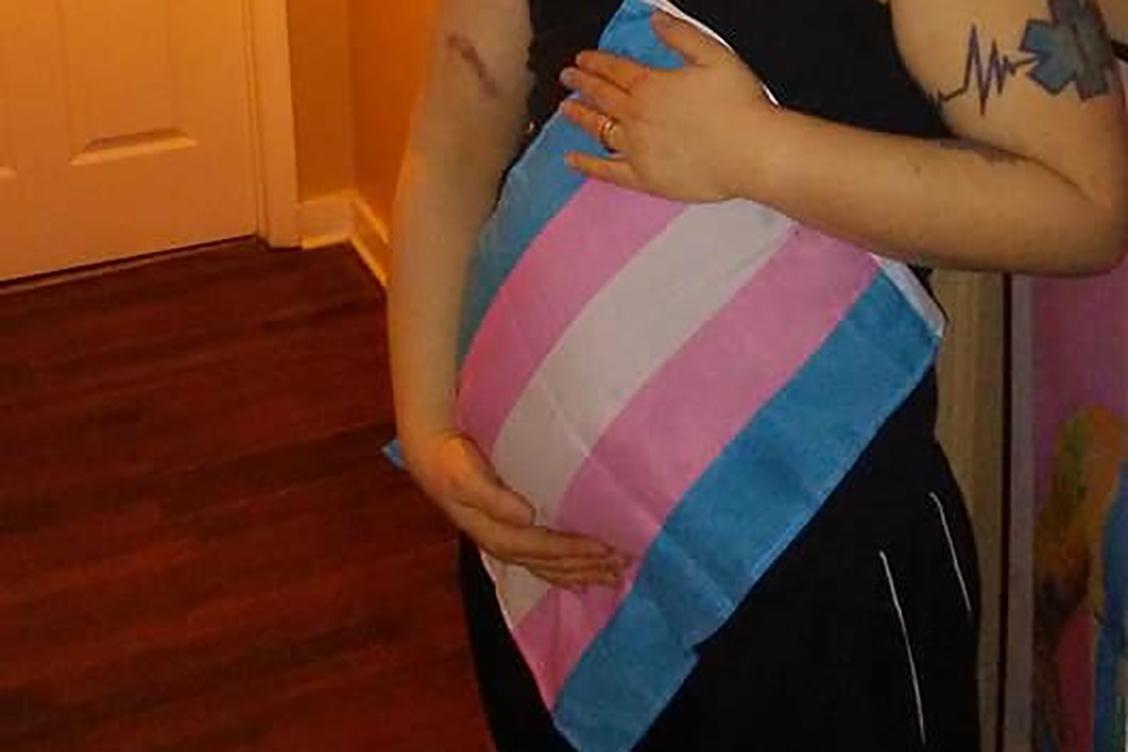 A six-part series in The Charlotte (N.C.) Observer last week chronicled the pregnancy and delivery of a transgender individual who was born female but identifies as male. Reporter Anna Douglas followed Liam Johns and Johns’ legal spouse, Duane Danielson, from conception to an emergency C-section delivery and their baby’s time in the neonatal intensive care unit. “Liam challenges one of our society’s most-ingrained assumptions: that only women can give birth,” tweeted Douglas about the series.

Christians should not be confused by the series or one of its headlines—“The Man in the Maternity Ward”—Rob Smith, a lecturer at Sydney Missionary & Bible College who speaks and writes about transgenderism, told me. “As the article makes clear, Liam is a female who has transitioned to present as a male—through top surgery and cross-sex hormone therapy. … This also means that Liam’s marriage to Duane, although it appears to be a same-sex marriage, is actually a male-female marriage.”

But Smith said Christians should also feel compassion for Johns’ history of gender dysphoria and personal pain, and concern for Johns and Danielson’s child: “Not that [the child] won’t be loved by them but that it will grow up with a skewed view not only of womanhood but also of manhood.” Smith said our culture is attempting to sever the connection between biological sex and gender identity, redefining “man” and “woman” on completely subjective terms. Far from regarding gender incongruence as a mental health problem, this movement is instead affirming and celebrating those who decide to chemically and surgically alter their bodies, developments Smith said “are a recipe for social and sexual chaos.” —K.C. 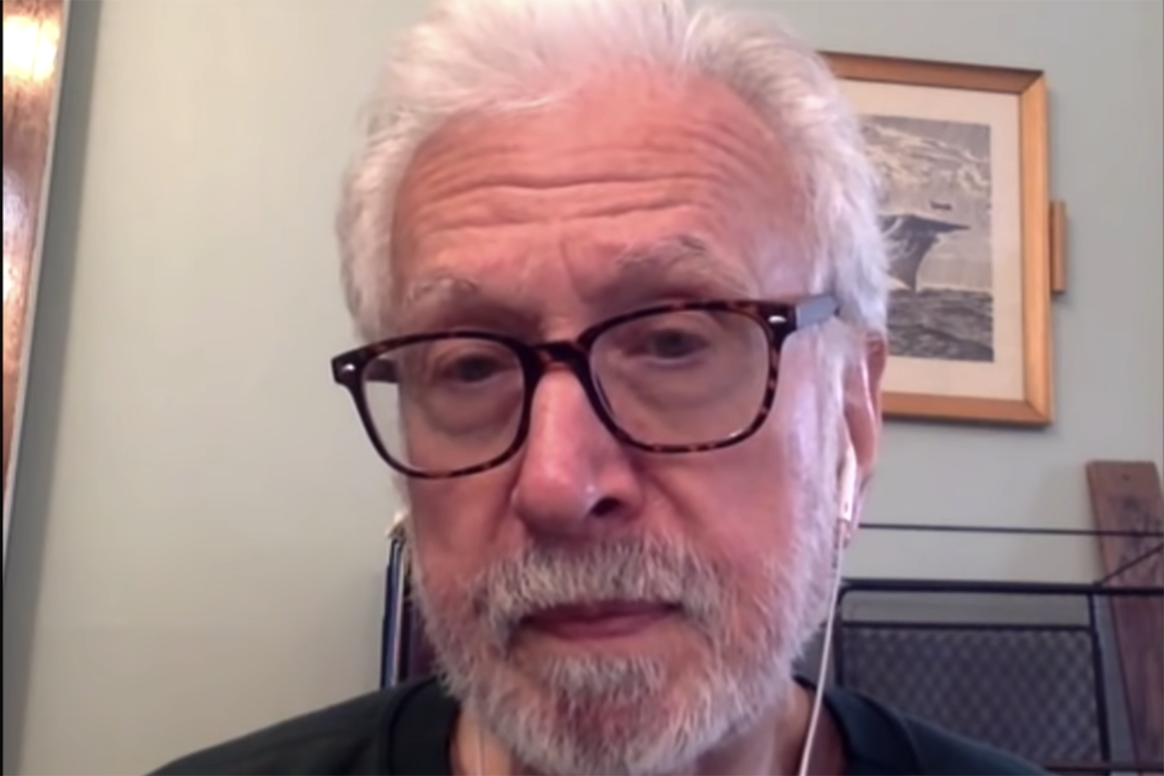 Twitter temporarily suspended the account of psychologist Ray Blanchard this week after he posted a six-point list of his convictions surrounding transgenderism. Blanchard is an adjunct professor at the University of Toronto who served on the working group for gender dysphoria for the Diagnostic and Statistical Manual, the gold standard for mental disorder definitions and classification. His 24-hour suspension reveals the scope of what Twitter is willing to consider hateful conduct.

On Saturday Blanchard wrote a series of tweets responding to a follower who asked his position on transgender people. In his response, Blanchard advocated for sex change surgery as the best treatment for carefully screened, adult patients. But he also called “transsexualism” and milder forms of gender dysphoria mental disorders and said a gender identity that does not match someone’s innate biological sex should be analogous to a legal fiction, even after the person undergoes sex change surgery.

The birthrate in the United States hit record lows again last year, according to numbers out this week from the Centers for Disease Control and Prevention. Provisional data from the CDC found there were 2 percent fewer births in 2018 than in 2017, with an overall birthrate for women ages 15 to 44 at 59 births per 1,000 women, an all-time low. While some demographers claim women are just postponing childbearing, others argue women are forgoing it entirely. As a result, the United States could see stalled economic growth, labor shortages, underfunded government programs like Social Security, and an aging population with fewer people to care for the elderly. —K.C.

Former major league baseball pitcher and World Series MVP John Wetteland will plead not guilty to charges of continuous sex abuse of a child, his attorney said this week. Wetteland, who was charged in January of abusing a child for two years starting in 2004 when the victim was 4 years old, attended an arraignment hearing in Denton County, Texas, on Monday. “He is innocent and is looking forward to his day in court,” attorney Derek Adame said on Monday, adding that the accusations completely shocked his client. Wetteland is scheduled to return to court in July.

Wetteland, a professed Christian, retired from baseball after the 2000 season. He coached baseball and taught Bible studies at Liberty Christian School in Argyle, Texas, from 2007 to 2008 but is no longer associated with the school. —K.C.