Plus leaked documents from Xinjiang detention camps, a diplomatic visit to Israel, and more …

Auto rickshaw drivers get in line to buy gasoline near a fuel station in Colombo, Sri Lanka. Associated Press/Photo by Eranga Jayawardena, file

A ship carrying 40,000 metric tons of fuel arrived from India at the Port of Colombo in Sri Lanka on Monday. Many Sri Lankans, who have struggled with long lines to get gasoline amid a shortage, used WhatsApp and Facebook groups to share where authorities had dispatched fuel.

The latest shipment from India came days after new Sri Lankan Prime Minister Ranil Wickremesinghe warned the country only had enough gasoline left for one day.

Sri Lanka’s worst economic crisis since its independence has stretched on, and a shortage of foreign currency has restricted essential imports like fuel and medicine. Wickremesinghe, who assumed office two weeks ago after protesters demanded his predecessor step down, is trying to chart a way out of the crisis.

Wickremesinghe was also sworn in as finance minister on Wednesday as he planned to lead talks with the International Monetary Fund to secure a bailout. He told Reuters he would present an interim budget in six weeks that would include spending cuts and reroute funds into a two-year relief program.

“Looking at the hard days ahead, there has to be protest,” he said. “It’s natural when people suffer, they must protest.”

In the meantime, the government is looking to foreign aid from its allies to ease the shortages. Gopal Baglay, India’s envoy to Sri Lanka, on Sunday delivered $16 million worth of aid from India’s Tamil Nadu state that included rice, milk powder, and essential medicine. Dozens of Sri Lankans have fled to neighboring Tamil Nadu, which shares a language and culture with Sri Lanka’s minority Tamils, over the past few weeks. 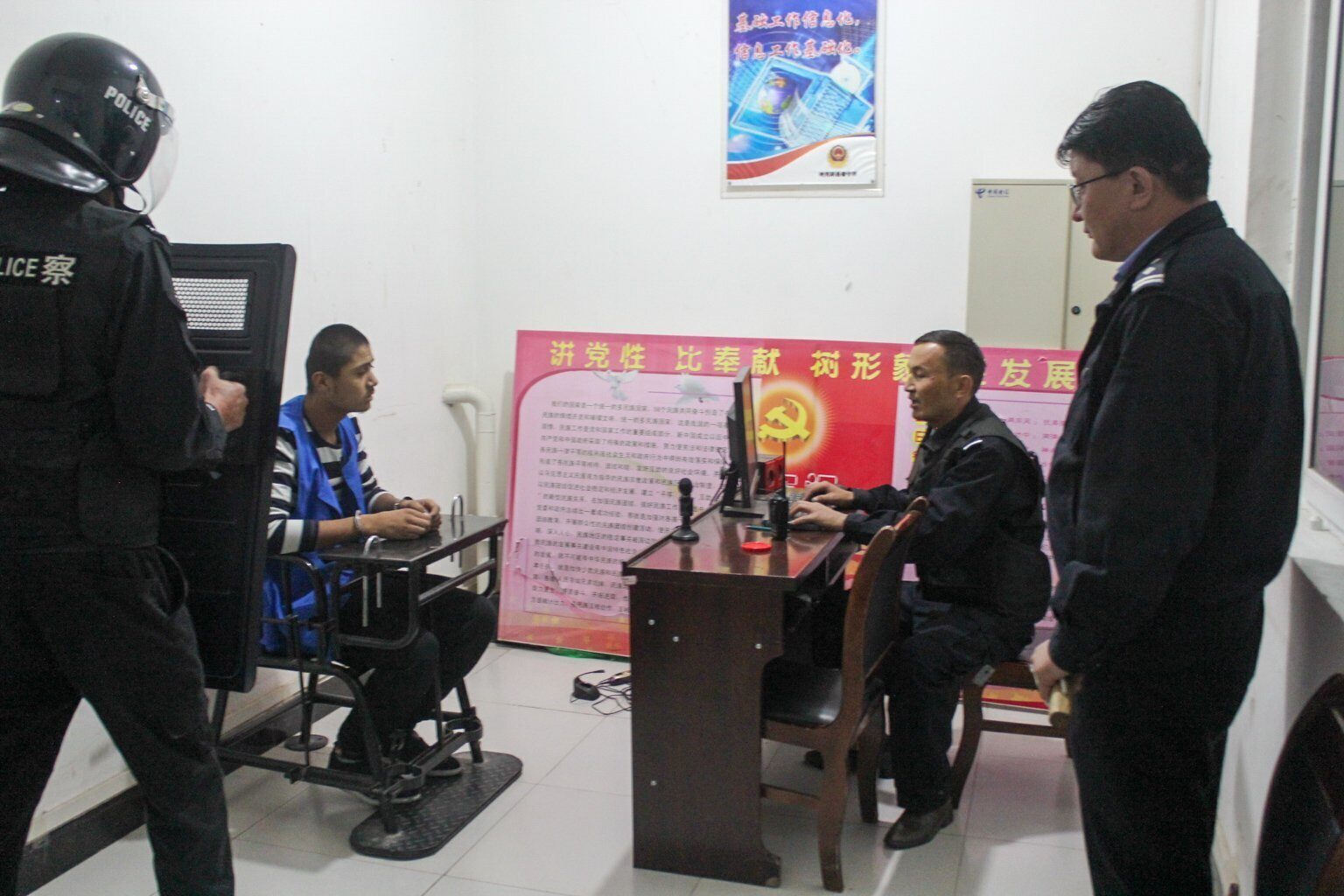 CHINA: A set of leaked documents known as the Xinjiang Police Files sheds new light on conditions inside detention camps in China’s northwestern province. The files include mugshots of more than 2,800 apparent detainees, including 15 minors. They also include confidential government speeches detailing officials’ plans to repress, “educate,” and punish members of ethnic minority groups in Xinjiang. China has denied accusations of persecution, claiming the camps for more than 1 million Uyghurs and other Muslim minorities are education centers. But the leaked photos, some of which show prisonlike conditions and security drills, are bleaker than previous ones taken during government-organized press tours. The leak coincided with the United Nations high commissioner for human rights Michelle Bachelet’s visit to Xinjiang this week.

ISRAEL: Turkish Foreign Minister Mevlut Cavusoglu arrived in Israel on Wednesday to meet with his Israeli counterpart. It’s the first official Turkish visit to the country in 15 years. Cavusoglu prayed at the Al-Aqsa Mosque in East Jerusalem, a site at the center of recent clashes. He also met with Palestinian officials in the occupied West Bank, where he reiterated Turkey’s support for their struggle for an independent state alongside Israel. Relations have been sour between the two nations over Turkey’s support for Palestinians.

GERMANY: German Chancellor Olaf Scholz wrapped up his first official visit to Africa since assuming office nearly six months ago. Scholz met with Senegalese President Macky Sall, who said the country is ready to supply liquid natural gas to Europe. But he called for a better deal than Senegal has with other partners. Senegal has significant deposits of natural gas along its border with Mauritania. Germany and other European countries are seeking to ease their reliance on Russia for natural gas. Scholz’s three-nation visit also included stops in South Africa and Niger, where he vowed to support the fight against Islamic militants.

PAKISTAN: Police in Pakistan detained six men on Sunday over the honor killing of two sisters with dual Pakistani-Spanish citizenship. Police said Urooj Abbas, 21, and Aneesa Abbas, 23, were killed for refusing to file for Spanish spousal visas for their Pakistani husbands. The detained suspects include the women’s brother and their husbands. The sisters were seeking separation from forced marriages but were lured back home to Gujrat, where they were tortured and shot dead. The Human Rights Commission of Pakistan, an independent body, tallied more than 470 cases of honor killings in Pakistan last year.

ARGENTINA: President Alberto Fernández and first lady Fabiola Yáñez must pay a $24,000 fine for hosting a party in July 2020 that broke quarantine restrictions, a federal judge announced this week. The couple will donate the fine to Argentina’s Malbran Institute, which studies infectious diseases. The case followed the release of photos from the first lady’s birthday event at the presidential residence in Olivos.

SENEGAL: President Macky Sall declared three days of mourning after a hospital fire killed 11 newborns in the neonatal unit. Authorities blamed Wednesday’s blaze in the town of Tivaouane, 75 miles northeast of the capital city of Dakar, on an electrical short circuit. Sall ordered an investigation and fired the health minister. Another hospital fire a year ago in northern Senegal killed four newborns.

WORLDWIDE: The global number of forcibly displaced people has exceeded 100 million for the first time on record, the United Nations refugee agency said Monday. UNHCR said the global count reached 90 million at the end of 2021 due to violence across Ethiopia, Burkina Faso, Nigeria, Myanmar, Afghanistan, and the Democratic Republic of Congo. The war in Ukraine that began in February pushed more than 6 million people out of the country and displaced another 8 million internally.

Over the past few weeks, I’ve joined several others on Twitter to follow Nigerian biker Kunle Adeyanju’s motorcycle trip from London to Lagos, Nigeria. Adeyanju began the charity ride on April 19 to raise funds for healthcare, water, sanitation, and the fight against polio.

Despite a few border problems, his journey has revealed an often overlooked but integral part of African culture. He has shared stories of bikers in Burkina Faso, Ghana, and the Ivory Coast riding out to join him. In Mali, he found hospitality at night when he got a flat tire in a remote location. “To me, that is the spirit of humanity in Africa,” he said in one of his Twitter updates. Adeyanju has now covered more than 7,000 miles and expects to arrive in Lagos on Sunday.