The Rev. Polycarp Zongo with the Church of Christ in Nations was traveling for a church conference in northeastern Nigeria on Oct. 19 when he went missing. On Wednesday, he appeared in a video and said insurgents with the Islamic State West Africa Province (ISWAP) abducted him. The Nigerian news site MK-Reporters said his captors released him on Friday.

In the video, Zongo said the extremists also took two Christian women. He appealed to state and church authorities to “please help save me from their hands.” In response to a Twitter post about his abduction, people referred to Zongo as a father figure and remembered his work as a marriage counselor while praying for his release.

The video emerged one day after the world marked International Religious Freedom Day. International groups are raising the alarm over the worsening religious unrest across West Africa and calling for solutions to address its root causes.

Northeastern Nigeria still suffers sporadic attacks from the terror group Boko Haram and its offshoot, ISWAP. Across central Nigeria, armed herdsmen and bandits continue to target communities and travelers. Suspected Boko Haram insurgents last week stormed the town of Babangida and opened fire. At least one policeman died in the battle to regain control of the town. Babangida is about 30 miles from Dapchi, where extremists kidnapped more than 100 schoolgirls in 2018, including Leah Sharibu, a Christian who remains in captivity.

The violence encompasses surrounding nations. Terror attacks in the central region of neighboring Mali this month left 12 civilians and 11 soldiers dead. Also this month, jihadis in Burkina Faso killed about 20 people in three northern villages. An earlier attack in the country killed 25 displaced people as they returned home.

“I think the escalation of religious violence within the subregion may not have root causes solely in religious considerations but are symptoms of other issues that have persisted unaddressed over time,” he said last week.

At the same news conference, U.S. Ambassador-at-Large for International Religious Freedom Sam Brownback noted rising violence in coastal countries such as Benin and Guinea. He stressed the important role of religious and grassroots leaders to foster stronger defense. “Unfortunately, religion is increasingly being misused as a tool to mobilize and recruit individuals to engage in violence,” he said. “History will judge us, I believe, if we stay silent in the face of increasing violence across Africa.” 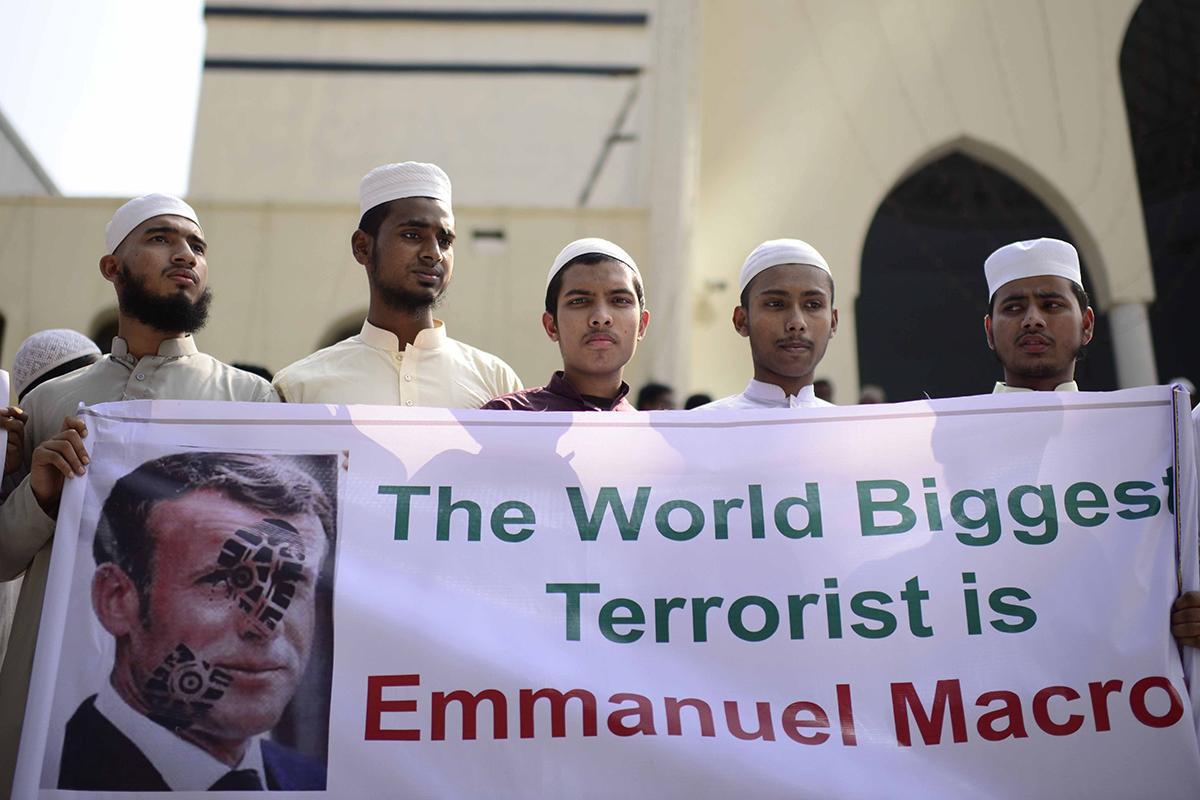 Around 10,000 Muslims crowded the streets of Dhaka, the capital of Bangladesh, on Tuesday, some burning effigies of French President Emmanuel Macron. Protesters in Iraq and Palestine similarly called for a boycott on France, while stores in Kuwait and Qatar stopped stocking French products.

France held a national tribute this month for high school teacher Samuel Paty after a Chechen refugee murdered him for showing his students caricatures of Muhammad during a lesson on free speech. France protects religious satire, but many Muslims view any depiction of Muhammad—particularly a negative one—as a serious offense. During the tribute, Macron refused to renounce the cartoons. In a speech earlier this month he called Islam a religion “that is in crisis all over the world today.”

The Organization of Islamic Cooperation condemned acts of terror but also rejected the “continued publication of blasphemous cartoons.” Egypt’s President Abdel-Fatah al-Sisi on Wednesday said freedom of expression stops when it offends more than 1.5 billion people.

The Islamic State (ISIS) on Wednesday released a video calling for renewed attacks on France. French Prime Minister Jean Castex raised the country’s security alert to the highest level after a knife-wielding Tunisian man carrying a Quran killed three people at the Notre Dame Basilica in Nice on Thursday. Other European countries and European Commission President Ursula von der Leyen have spoken out in support of France. —O.O. 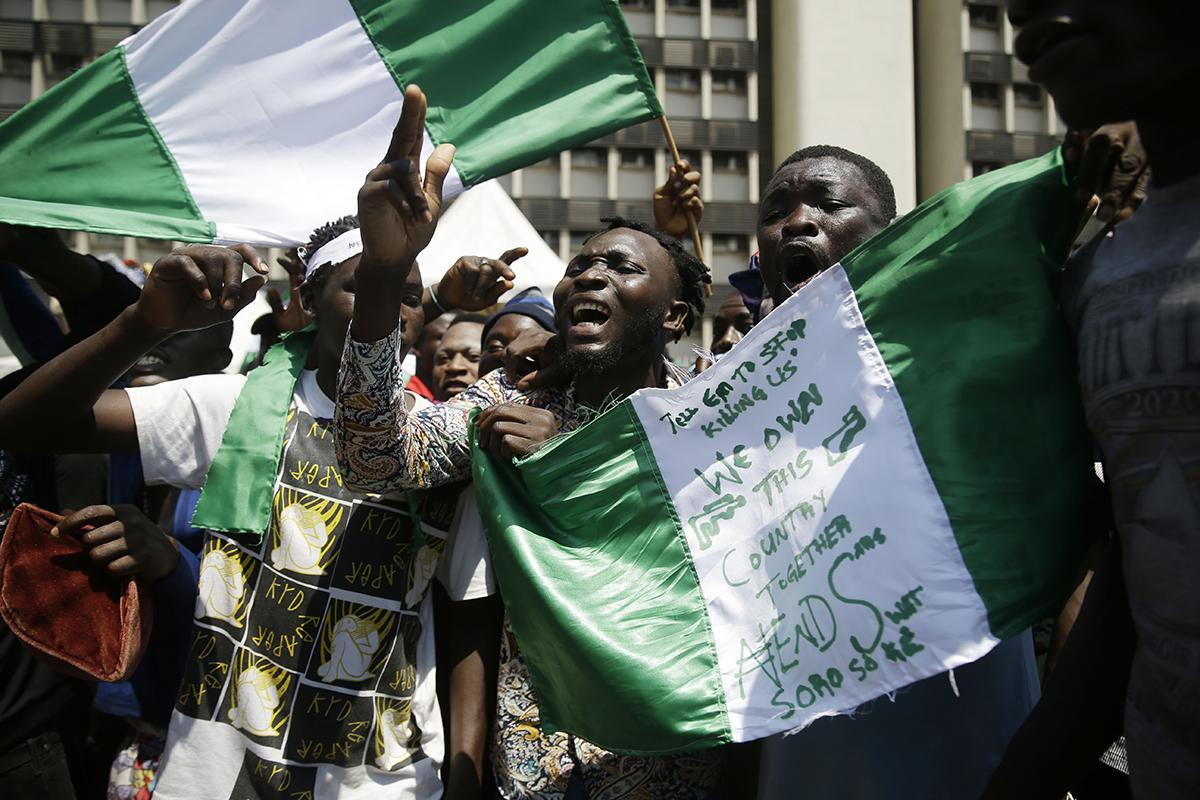 Nigeria tamping down on protests

More than a week after security forces opened fire on peaceful demonstrators in Lagos, Nigeria, government officials are still trying to appease the mounting frustration over police brutality and bad governance. Despite curfews, looters have vandalized stores, public offices, and warehouses with emergency food items for the pandemic, which some officials claimed they already distributed.

Nationwide protests began this month over a police unit’s violent practices. The Nigerian military this week admitted the state government asked its forces to respond to the protests but claimed no officers opened fire at the Toll Gate in Lagos. Amnesty International said security forces killed at least 12 people at the gate and in a separate district while a U.S. delegation met with senior government officials in the capital city of Abuja.

After the protests, organized mainly through Twitter, Nigerian Information Minister Lai Mohammed said the government was considering some form of social media regulation to curb “fake news.” A judicial panel investigating claims of police brutality and the shooting of protesters started hearing cases in Lagos this week. —O.O. 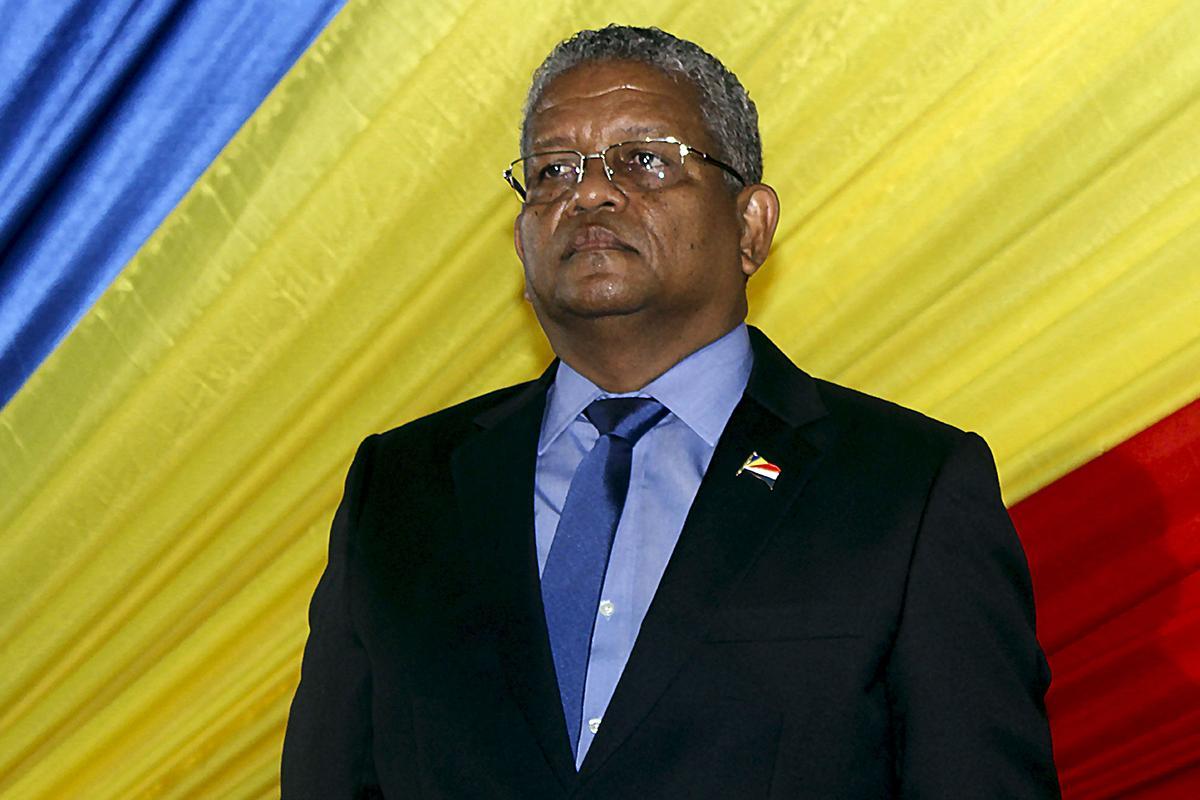 A season of elections

Wavel Ramkalawan, a 59-year-old Anglican priest, assumed office on Monday as the president of Seychelles. It’s the first time an opposition candidate has won since the archipelago nation in the Indian Ocean gained independence from Britain in 1977. Ramkalawan clinched 54.9 percent of the vote against incumbent Danny Faure. The new president reaffirmed his commitment to combat drug trafficking and boost the tourism-dependent economy hit hard by the pandemic.

Tanzanians queued up at polls on Wednesday for the race between incumbent President John Magufuli and opponent candidate Tundu Lissu. Ahead of the election, the government restricted the internet and denied access to election observers. Police and ruling party officials shot and killed at least 11 people in the days leading up to the vote. —O.O.

Flags will fly at half-staff across Cameroon on Saturday for seven children who died and 13 others who were injured in a suspected separatist attack on a school.

The gunmen stormed the Mother Francisca International Bilingual Academy in the English-speaking town of Kumba while students attended classes. The murdered children include a pastor’s 11-year-old son. A similar attack in the village of Ntumbo killed 22 people, including 14 children, in February.

A crisis in Cameroon that turned violent in 2017 has killed 3,000 people and displaced more than 730,000 others. Protesters in the English-speaking region complain of marginalization from the French-speaking majority, which makes up about 80 percent of the population. Militant separatists have demanded the closure of schools in a bid to gain more control of the region. —O.O.

Yes, it is terrible that the peaceful lives of Christians are interrupted by the Muslim radicals in Africa. Notice that it seems the giant is wakening to what is happening in Africa. Hopefully, the US government will push Nigeria to better protect their citizens - especially the Christians.