Where have all the fiscal conservatives gone?

WASHINGTON—Since President Donald Trump took office, the federal budget deficit has jumped more than 50 percent and is expected to overtake $1 trillion in 2020. The total federal debt, meanwhile, has surpassed $23 trillion. Congress appears to be on a bipartisan trek toward government bankruptcy, and the latest federal budget does little to correct the course.

In 2012, then–Republican National Committee Chairman Reince Priebus, who later served briefly as chief of staff for Trump, proclaimed the GOP platform represented “a party that is unified and dedicated to the most important issues of our day: getting the economy back on track and restoring fiscal responsibility.”

In 2016, the party platform contained fewer references to fiscal conservatism, but it still warned that “the [Obama] administration’s demands have focused on significantly expanding government spending and benefits for its preferred groups, paid for through loans that our children and grandchildren will have to pay. This is the path to bankrupting the next generation.”

More than three years later, programs like Social Security and Medicaid are fast approaching insolvency. Next year, Social Security might have to reach into its trust fund to pay out full benefits. It is expected to fail to pay the full value of its benefits by 2035, according to a report published earlier this year by the program’s trustees. Medicaid could reach insolvency even sooner—by 2026. At that point, the program will be able to pay just under 90 percent of its bills. In response to those factors, the nonpartisan Congressional Budget Office released a grim prediction that the national debt will rise to nearly 93 percent of the U.S. gross domestic product by 2029.

The mammoth spending plan for 2020, split into two “minibus” bills, amounts to $1.43 trillion. Suspending the debt ceiling for two years, the bipartisan legislation increases government funding by nearly $50 billion from the 2019 budget. The week before Christmas, the House passed the two bills—comprising more than 2,000 pages of text—less than 24 hours after they were introduced. The Senate followed suit. Some Republican senators, 23 in all, voted against it, including Sen. Mike Lee, R-Utah, who called the bills “a fiscal dumpster fire.”

Congress and the White House balanced the budget during the presidencies of George H.W. Bush and Bill Clinton thanks to a variety of factors, including tax increases, spending cuts, and economic growth. Since then, other forces have made running into the red more expedient for politicians.

On the campaign trail in 2016, Trump pledged to eliminate the $19 trillion national debt over eight years. He also vowed to protect Social Security. In 2017, Republicans cut taxes and agreed to bust spending caps that the GOP pushed for in 2011. In April 2019, acting White House chief of staff Mick Mulvaney, himself a fiscally conservative congressman during the Obama years, said the national debt “doesn’t seem to be holding us back from an economic standpoint.”

Alex Brill, a fellow at the American Enterprise Institute, said the change in lawmakers’ posture toward the national debt and deficit “is less economic and more political. … It may be that everyone has gotten used to these budget deficits … but the economics of them are the same.”

According to a January Pew Research Center survey, only 48 percent of Americans said reducing the deficit should be a priority compared to 72 percent in 2013.

Justin Bogie, a senior policy analyst on fiscal affairs at the Heritage Foundation, said the booming economy has made people discount the effects of high debt and deficits.

“What we see now, with the stock market doing so well, unemployment so low, economy growing at a good pace—people have put this on the backburner,” he said.

Brill predicted big government spending would continue until public attitudes change: “It’s important to people, but it’s never important enough to people. They’d rather we not borrow a trillion a year, but they’re more concerned about judges or healthcare or the economy.” 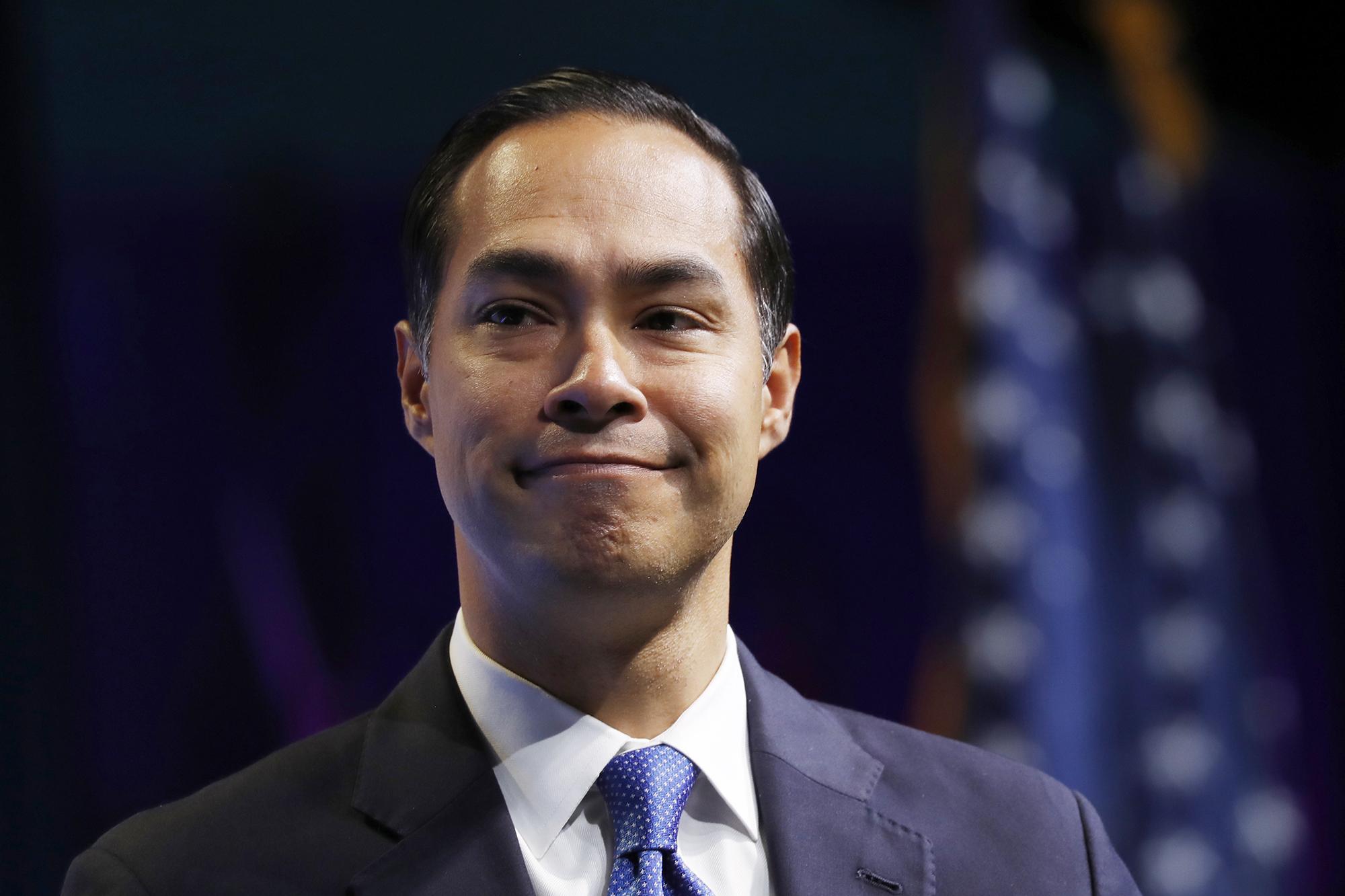 Former Housing Secretary Julián Castro, the only Latino in the 2020 Democratic presidential primary race, ended his campaign Thursday. He failed to qualify for recent debates and said he determined, “it simply isn’t our time.”

The Democratic National Committee has not yet released its requirements for the next three debates, scheduled for February in other early primary states. With each debate, the DNC has upped the requirements for poll standing and donations. To qualify for the January debate, candidates had to secure 225,000 donors and earn the support of 5 percent of voters in four national polls or 7 percent in two early state polls.

The DNC said it might reschedule the January debate if it ends up conflicting with the Senate’s impeachment trial of President Donald Trump. The qualifying senators would all have to attend the trial to participate as jurors. —H.P. 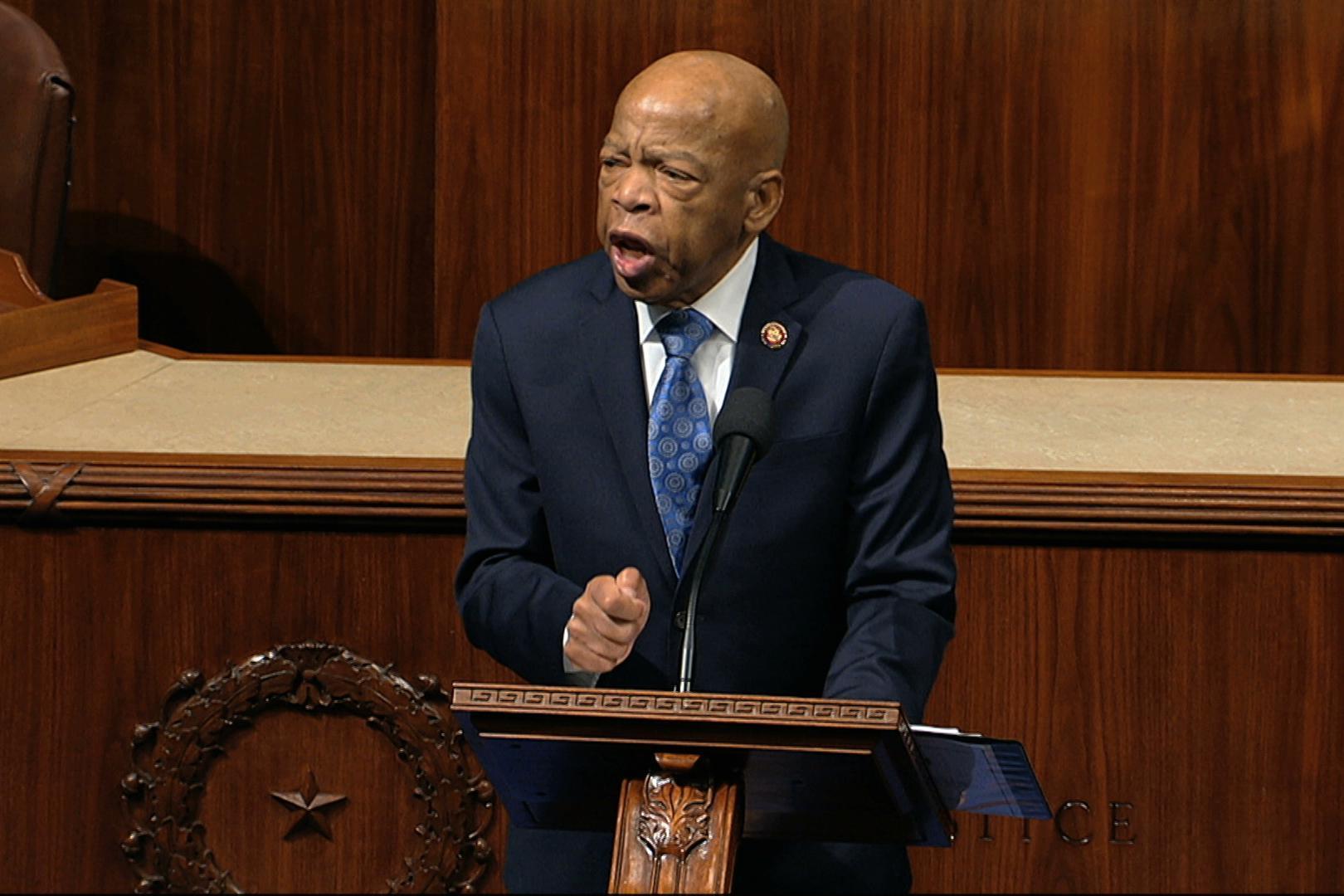 Fighting for his life

WASHINGTON—U.S. Rep. John Lewis, D-Ga., announced Sunday that he has stage 4 pancreatic cancer. The 79-year-old said he plans to remain in office while undergoing treatment, adding that he’s “clear-eyed” about his prospects but hopes medical advances will give him “a fighting chance.”

Only 3 percent of patients with advanced pancreatic cancer live for more than five years after diagnosis, according to the American Cancer Society. Lewis discovered his diagnosis after a routine medical appointment in December.

Known as a civil rights icon, Lewis has served in the House for 32 years. He was a leader of the Student Nonviolent Coordinating Committee during the civil rights movement, an ally of Martin Luther King Jr., and the youngest person to speak at the 1963 March on Washington, where King gave his famous “I Have a Dream” speech. Lewis also had his skull broken by police officers during the march in Selma, Ala., known as Bloody Sunday and was arrested more than 40 times during his activism days.

“I’ve been in some kind of fight—for freedom, equality, basic human rights—for nearly my entire life,” Lewis said in announcing his diagnosis. “I have never faced a fight quite like this one.” —H.P.