A new study warns against physical discipline, but the results are not as simple as reported

Spanking is in the news again, thanks to a popular singer and a Texas psychologist.

Singer Kelly Clarkson took heat from spanking critics last week for an off-the-cuff comment during a radio interview acknowledging she occasionally spanked her 3-year-old daughter. The 35-year-old mother said, “I’m not above a spanking, which people aren’t necessarily into,” adding, “I don’t mean like hitting her hard, I just mean a spanking.”

The comment came a few weeks after the release of yet another highly publicized study contending that spanking causes long-term harm in children. The study’s author, University of Texas at Austin professor and developmental psychologist Elizabeth Gershoff, has studied spanking for two decades. She believes the verdict is in: Spanking is bad for kids.

But parents are either unconvinced, or they are not listening. Despite a slight decline in the last 30 years, two-thirds of U.S. parents in 2016 still agreed with the statement, “It is sometimes necessary to discipline a child with a good, hard spanking,” according to the federally funded General Social Study.

Gershoff and her co-authors contend corporal punishment causes long-term misbehavior. The study, published in the journal Psychological Science, looked at data from 12,000 U.S. children surveyed for the Early Childhood Longitudinal Study. Researchers asked parents of 5-year-olds if they had ever spanked their child and if they had spanked them in the last week. They then looked at reports filed by teachers for those same children at ages 5, 6, and 8 and found the spanked children were more likely than their unspanked peers to have reported behavioral problems, like arguing, fighting, getting angry, and acting impulsively.

But this study, like most studies about spanking, leaves a lot of questions unanswered, according to Danny Huerta, vice president for parenting and youth at Focus on the Family and a licensed clinical social worker.

Spanking is hard to study, Huerta said. Scientific experiments about spanking are impossible because it is unethical to assign parents to spank or not spank for a study. Because there is no random assignment, countless variables are always in play.

The Gershoff study sought to mimic a randomized experiment by comparing children with as many similarities as possible—age, gender, overall health, behavioral problems, parent’s education, socioeconomic status, etc.—other than the fact that one was spanked and one was not.

“Although dozens of studies have linked early spanking with later child behavior problems, this is the first to do so with a statistical method that approximates an experiment,” Gershoff explained.

But Huerta argued there was still too much unknown. The research did not take into consideration how a parent spanked a child or what happened before or after the spanking. He also said it is impossible to isolate all the variables—behavioral and genetic—that make a child prone to misbehavior at ages 6 and 8, so there is no way to know spanking caused the misconduct. In addition, children who get spanked at age 5 may be predisposed to have a strong will, so the behavior at ages 6 and 8 is no surprise.

The conclusion that spanking leads to bad behavior is “completely overblown,” Huerta said. “It makes people pay attention,” but he noted the results are not as clear-cut as the authors assert.

His advice to parents about spanking is to use it infrequently, as one tool among many in the discipline toolbox, and always in love. In our fast-paced world, parents are tempted to discipline quickly, but he said spanking requires time to slow down and patience to talk through the issue with your child and reconnect. Without that time, spanking is often a physical punishment with no strategic purpose. 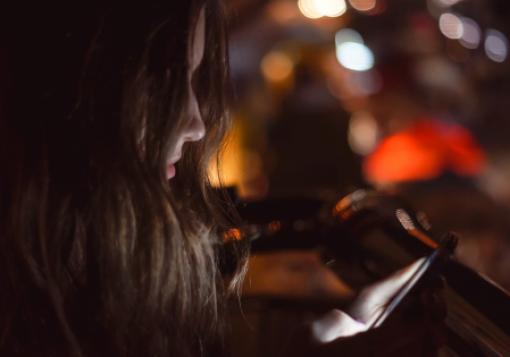 New analysis published last month sheds some light on the motivations and fears surrounding the willingness of teen girls to engage in sexting.

The study, published by Northwestern University, analyzed nearly 500 accounts written by girls between the ages of 12 and 18 from 2010 to 2016 on a website called A Thin Line, a campaign against sexting, cyberbullying, and digital dating abuse.

The study’s author, Northwestern doctoral student Sara Thomas, found that more than two-thirds of the girls in the study reported being asked by a boy for an explicit photograph.

The requests often came with affection, coercion, and threats.

“I’ve been asked multiple times by my boyfriends and/or guy friends to send a nude pic,” said one girl from the study. “Every time I decline, I either get harassed for it, insulted, or they just flat out ignore/break up with me. I guess keeping your morals makes you a bad person?”

Many girls reported feeling “overwhelmed, confused, tired, bombarded, and trapped” by requests, according to Thomas. Many eventually gave in, something Thomas called “consensual but unwanted” sexting. But once sent, the pictures then held them captive.

“I sent my boyfriend a naked pic after he insisted and was going to break up with me,” wrote one girl. “Now he is threatening to send it to everyone if I don’t have sex with him. I’m only 15.”

Thomas concluded adults are not talking to their daughters about sexting or helping them navigate these situations: “Online spaces reduce the barriers like curfews and family surveillance that may limit in-person sexual interaction.”

But she also faulted teachers and parents for often unknowingly pushing the idea that it is always the girl’s job to say no without holding young men responsible for their actions.

In addition to helping girls understand why not to send explicit photos, parents need to start talking to boys about why they shouldn’t request them, wrote psychologist and author Lisa Damour in a New York Times article on Thomas’s study: “If we really don’t want teenagers to send sexualized photos, we should set limits on the most likely trigger for sexting: requests.” —K.C. 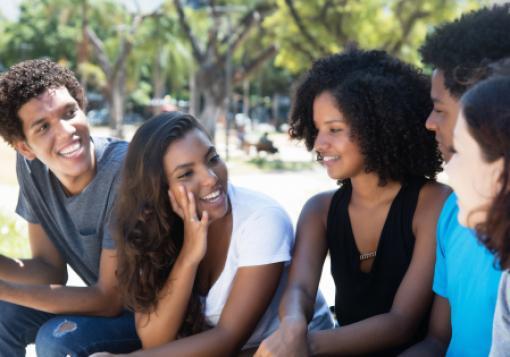 A new government report has some counterintuitive news: Teens are having less sex. Between 2005 and 2015, the rate of high schoolers who reported having had sexual intercourse dropped from 46.8 to 41.2 percent, according to a Centers for Disease Control and Prevention study released earlier this month. The drop was especially dramatic for African-American students: from 68 to 48 percent over the same time period.

Although the reasons for the drop are not clear, parents, guardians, and teachers should see it as a sign that teens can wait for sex and should be equipped and encouraged to keep waiting, according to Ascend, an organization that advocates for abstinence education.

“Though it seems counterintuitive in this age of [film mogul Harvey] Weinstein, it is hard not to be encouraged by these positive trends among youth,” said Mary Anne Mosack, Ascend’s executive director. “There has never been a better time for sex education policy to help reinforce the positive trends we are seeing among teens. Their good momentum deserves our best efforts of support. Teens are stepping up; we can do no less.” —K.C.

A wedding gift from the state

In a win for marriage, the Minnesota legislature unanimously enacted a law in 2017 to reduce the marriage penalty for couples on public assistance. It will go into effect later this year.

The bipartisan bill created a “honeymoon” period for newly married couples receiving state assistance so they could get their feet under them before they lose their benefits. Marriage often puts a low-income family barely above the poverty threshold for benefits, so couples increasingly decide not to marry.

“In our view, [the measure] represents the bipartisan possibilities of enacting legislation based on the consensus that marriage is a vital tool for reducing poverty and fostering child well-being,” wrote Jason Adkins of the Minnesota Catholic Conference and Anne Krisnik of the Joint Religious Legislative Coalition. —K.C.