Catherine Smith joined other members of her residential community in southeastern KwaZulu-Natal province last Thursday to begin four days of cleaning. They pushed back trolleys abandoned by looters and swept up broken items after a week of violence.

Other teams from the City Hope Disaster Relief, a Christian nonprofit where Smith works as the general manager, carried out similar cleanup efforts on Saturday in the eastern port city of Durban, where rioters targeted warehouses and factories.

“There’s not a person in our region that hasn’t been affected directly,” she said.

The week of protests following former President Jacob Zuma’s arrest quickly spiraled out of control, leaving more than 330 people dead. Authorities detained more than 2,500 people, many for theft and vandalism. The mass looting and insecurity directly affected many communities like Smith’s. Some calm has returned across the affected provinces, but the economic situation that sparked the demonstrations remains.

Zuma turned himself in this month to begin a 15-month sentence handed down by the Supreme Court after he failed to turn up at an inquiry into corruption claims during his nine-year tenure. Zuma has criticized the process as biased and appealed his sentence. The ensuing protests mostly centered in Gauteng province, which encompasses the capital city of Johannesburg, and Zuma’s home province KwaZulu-Natal.

Authorities said the majority of deaths occurred during stampedes when looters targeted stores and carted away televisions, clothes, and food. Others targeted and barricaded main highways, disrupting the transport of food, fuel, and other supplies. Looters attacked about 3,000 stores, damaged at least 113 communication structures, and destroyed 1,400 ATMs, according to the South African Property Owners Association.

Last Monday, Smith woke up to the news that City Hope’s unit at a storage facility was burned down by looters. The ministry lost about 200 food parcels among other items. “Everything had either been taken, broken, or burned in some way,” she said.

The violence and looting cut off access for local food suppliers and disrupted the local supply chain. Smith said they had to scramble for new suppliers to stay stocked. Police and army troops this week escorted aid convoys and supermarket delivery vehicles into affected areas.

“On Monday to Wednesday, the sounds were gunshots in the air, dogs barking, and people shouting,” she said. “By Thursday, we heard planes flying over bringing in food, aid, and support for the province.”

In Smith’s neighborhood, several men set up a roster and took two- to three-hour overnight patrol shifts last week. The government deployed more than 25,000 troops to help the police restore order, but the community remains watchful.

South African President Cyril Ramaphosa called the riots “economic sabotage” and vowed to bring perpetrators to justice. “Worst of all, these instigators have sought to manipulate the poor and the vulnerable for their own benefit,” he said. “This attempted insurrection has failed.”

Some communities pulled together to respond to the destruction. More than 58,000 people have joined Rebuild SA, a volunteer Facebook group set up to support those in need. Smith said neighbors baked bread and made yogurt to share with each other. Others who could get into some of the few open stores bought dozens of eggs and other food items to deliver to community members.

But people worry the economic roots of the problem remain. South Africa has imposed more lockdowns and business closures in the face of a third wave of the COVID-19 pandemic. Unemployment rose to a record high of 32.6 percent in the first quarter of this year. More than half of the population lives in poverty in the country with one of the highest inequality levels.

“It’s been simmering for a long time … and it just needed a trigger,” said Marcus Van Wyk, a member of the More Than Peace Coalition, which includes Christian leaders.

The latest unrest has put about 150,000 jobs at risk and is expected to have a significant impact on the national GDP, according to the South African Property Owners Association. Van Wyk said Christians must consider how to respond with peace-building and conflict resolution efforts. The coalition hosted a webinar with more than 300 Christian leaders last week on how to work on what he called the “three fault lines”—poverty, inequality, and unemployment.

“We’re framing the narrative that when darkness increases, our light should shine even brighter,” he said. “As the body of Christ, we respond as a collective and all our little responses add to a greater response at the end of the day.” 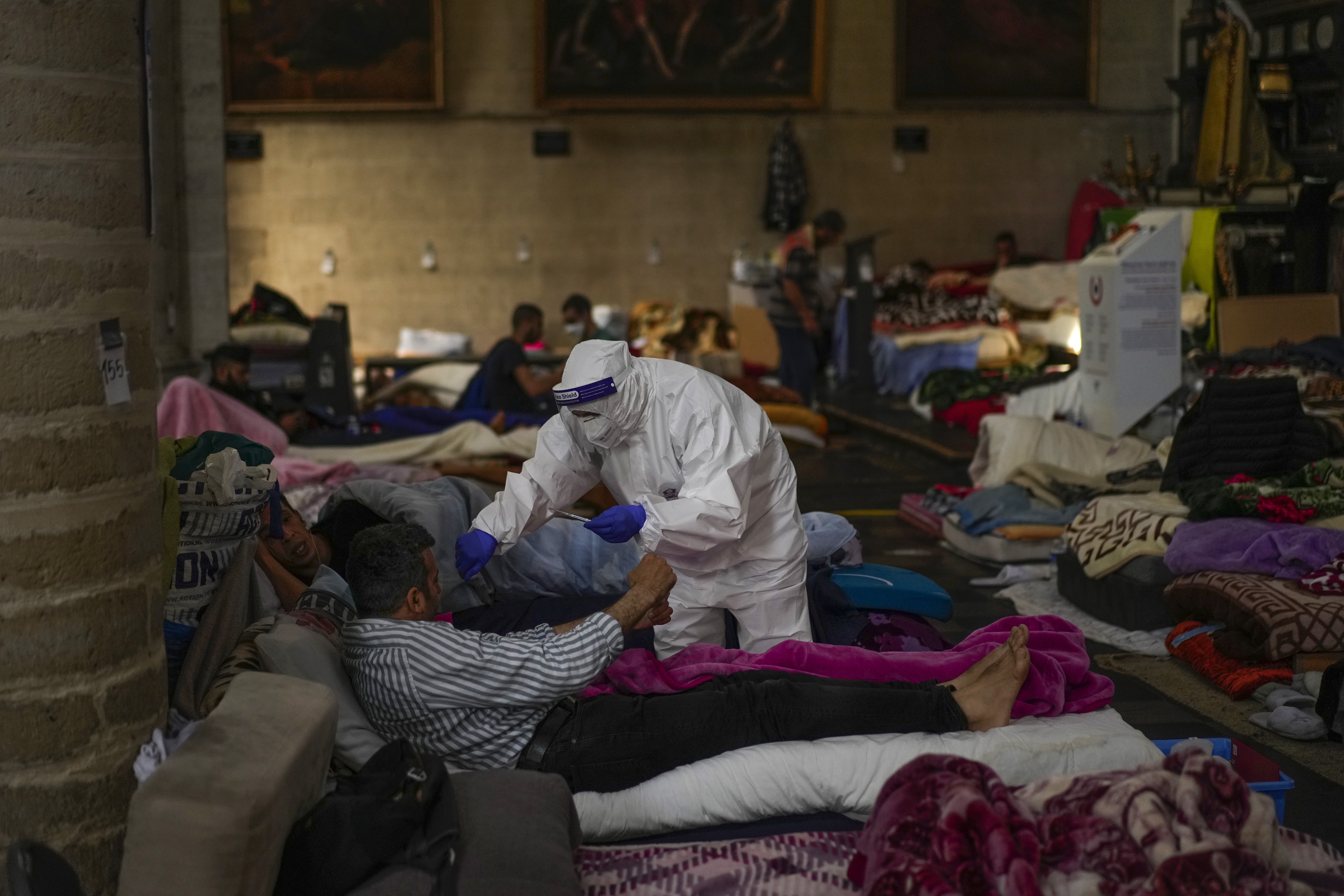 Belgium announced a breakthrough on a deal with several hundred migrants on a hunger strike pushing for residency permits.

In an effort to pressure the government, more than 400 migrants began the strike on May 23 inside a church and two universities in the capital city of Brussels. Many of the migrants from South Asia and North Africa said they have lived in Belgium for more than a decade. The country hosts an estimated 150,000 undocumented migrants. Some of those on the hunger strike stopped drinking water while at least four sewed their lips shut to demand legal access to jobs and social services.

“In this city, we live like rats,” 37-year-old Nepali Kiran Adhikeri, who has lived in Belgium for 16 years, told Reuters. “I am begging them (the Belgian authorities), please give us access to work, like others. I want to pay taxes, I want to raise my kid here.”

Belgium’s Asylum and Migration Secretary Sammy Mahdi has repeatedly refused to grant general amnesty to striking migrants, instead encouraging them to file individual residency requests. In the deal outlined on Wednesday, the government would individually consider migrants’ cases in a neutral zone, according to Egbert Lachaert, chairman of the prime minister’s Liberal party.

U.N. special rapporteurs had expressed concern that some of the migrants were between “life and death” after choosing to refuse water as well as food. Some of the protesters have ended their strike based on unspecified assurances from the government. —O.O. 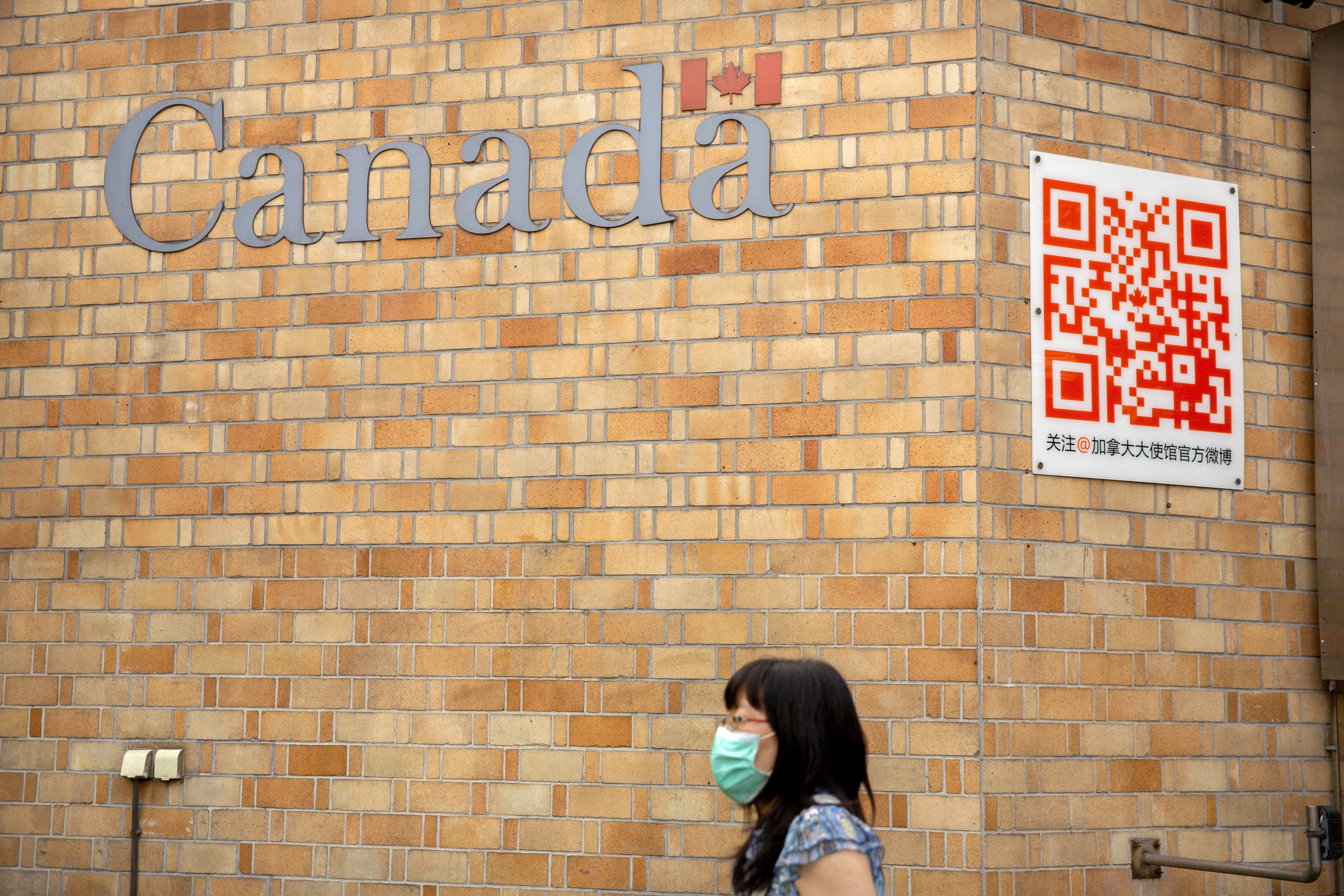 Canada will resettle up to 250 global human rights defenders and their family members each year under the Government-Assisted Refugees Program, Canada’s immigration minister announced last week.

Immigration Minister Marco Mendicino said the new permanent residency pathway would focus on high-risk individuals like women, journalists, and people who identify as LGBT. The government will partner with groups including Front Line Defenders and the United Nations refugee agency to identify and assist those in need of protection.

The decision makes Canada one of the first countries to map out a dedicated pathway for rights defenders. “We hope not only that this initiative will be successful and provide much needed support for those human rights defenders who need it, but also be an example that other governments will follow in order to ensure a strengthened international protection for human-rights defenders at risk,” said Andrew Anderson, executive director of Front Line Defenders. —O.O.

At least 130 pastors have died since a second wave of the pandemic hit Nepal beginning in April, leaving many Christian communities without leaders.

They include Pastor Amber Thapa, who founded the Stuti Prashansa Church in the capital city of Kathmandu. “My dear friend Pastor Thapa’s body was bagged, tied up with rope and incinerated by the army,” said Rev. Brian Winslade, deputy secretary-general of the World Evangelical Alliance (WEA).

B. P. Khanal, a pastor and leader of the Janajagaran Party Nepal, told Christianity Today that more than 500 pastors and their families contracted the virus between February and June. “In the month of May, pastors were dying almost every day,” he said. “I have never seen something like that.”

Nepal has recorded more than 672,000 infections and more than 9,600 deaths since the pandemic began. Winslade said WEA is partnering with the National Churches Fellowship of Nepal and the Nepal Christian Society to support families affected by the pandemic and offer medical aid. —O.O.