Summer has a soundtrack, usually a handful of upbeat pop hits that rise to the top of the charts in June and July. By August, everyone is humming them, and in years to come that certain tune will remind them of that summer’s vacation, barbecues, and lazy days at the pool.

Here is a guide to some of the tunes at the top of Billboard’s “Hot Christian Songs” chart this month, some of which could make the start of a memorable playlist for your next cookout.

“Even If” by Mercy Me: This ballad-like tune is part of a trend on contemporary Christian radio of songs that explore a Biblical view of suffering. It has a strong, emotional melody without being dour, and is a refreshing shift from years of “everything is awesome when you believe” theology from Christian artists. Lead singer Bart Millard said his experience parenting a chronically ill child (his son has juvenile diabetes) and the Bible story of Shadrach, Meshach, and Abednego inspired lyrics like: “I know You’re able and I know You can / Save through the fire with Your mighty hand / But even if You don’t / My hope is You alone.”

“Unfinished” by Mandisa: This songstress’s lyrics in the past have bordered on prosperity gospel teaching. But like other Christian artists this summer, Mandisa takes a deeper view in this song: “That world I painted / Where things just all work out / It started changing / And I started having doubts.” With her characteristic energy and backbeat, she manages to convey better understanding of the roles of sorrow and hope in the Christian life.

“I’ll Find You” and “Blessings” by Lecrae: Today’s most successful Christian rapper continues to fascinate in two new singles this summer. Lecrae’s songs are so deeply personal that his theology is hard to nail down from lyrics alone. “I’ll Find You,” a lament to God, and “Blessings,” an honest account of the rapper’s fame and wealth, are testimonies rather than sermons.

“Old Church Choir” by Zach Williams: One of the newer voices on Christian radio, Zach Williams of Jonesboro, Ark., blends Southern rock and gospel with foot-tapping joy. He follows in the footsteps of groups like Third Day and Creed, but with songs that are easy to remember and sing in the shower. 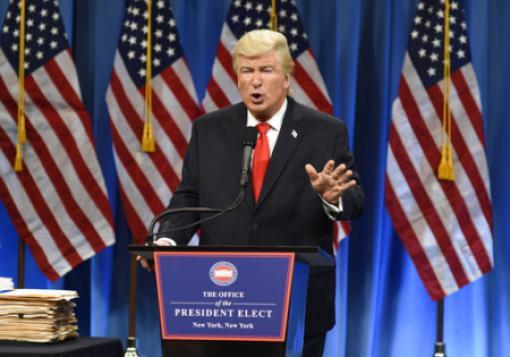 On Thursday, the Emmy Awards announced nominations for the best shows on television, and the one that has everyone talking is no stranger to tongue-wagging. NBC’s Saturday Night Live, buoyed by constant satirical fodder from the Trump administration, netted 22 nominations. Alec Baldwin, an SNL regular who portrays President Donald Trump, and Melissa McCarthy, who morphs into a convincing White House press secretary Sean Spicer, both earned nominations for their work. SNL tied HBO’s sci-fi drama Westworld for the most award potential. Netflix made history by earning the most ever total for streaming platforms, snagging three nominations in the best drama category, for The Crown, House of Cards, and Stranger Things. Minus SNL’s comedy dominance, the broadcast networks made a paltry showing, with nominations going to Veep, Black-ish, Modern Family, and This Is Us getting nods from the purveyors of small-screen excellence. —Leigh Jones 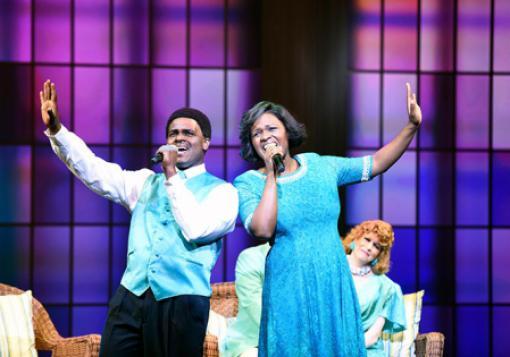 Bebe Winans has written a musical telling his and his sister Cece’s life story. Born for This has had engagements in Atlanta and Washington, D.C., and began an LA run July 11. YouTube snippets show the cast belting out gospel songs filled with emotion. In an interview with the Los Angeles Times, Bebe Winans said a conversation with Roberta Flack inspired the musical, in which Cece and he are played by their niece and nephew Deborah Joy and Juan Winans. Bebe also revealed his love for Italian food and Gladys Knight, adding that he thought if God had a favorite song, it would be “Let the Sunshine In.” —L.L.

Take me out the ball game

The sports stadium of the future could have a transparent field with below-the-surface seating, drones that deliver snacks, and holograms of players hovering over the field, according to a design commissioned by National Geographic. As hype for its World Cup coverage next year, the magazine created a website showing the evolution of stadiums since ancient Greece and culminating with a rendering of the next generation of sports venues by the architecture firm Populous. The design incorporates renewable energy, mass transit, and premium seating in the form of moveable pods. The firm didn’t say how much the stadium would cost nor whether taxpayers would be asked to pay some of the bills, as has become common for new arenas built in big cities. —L.L.

Last week, Planned Parenthood applauded the depiction of an abortion in the new Netflix series GLOW. The show tells the fictionalized story of an actual women’s wrestling league set in 1985. In the eighth episode, one of the characters discovers she’s pregnant and visits a Planned Parenthood facility, an on-screen encounter the abortion giant’s executives helped craft for “accuracy.” Actress Alison Brie said she appreciated the scene for showing abortion “doesn’t have to be the end of the world.” I don’t suppose the show’s creators talked to any women who had an abortion and later regretted it. Or perhaps they just don’t think their experiences are “accurate.” —L.J.