WASHINGTON—Amid Puerto Rico’s slow recovery from Hurricane Maria, questions about how a tiny Montana energy firm won a $300 million contract to rebuild the island’s electrical grid are quickly piling up.

Whitefish Energy signed a deal with the Puerto Rico Electric Power Authority (PREPA) on Sept. 26, less than a week after the massive Category 4 hurricane made landfall. Following widespread criticism of the deal and after reviewing its details, Puerto Rico Gov. Ricardo Rosselló on Sunday announced plans to cancel the contract.

Now a plethora of groups, including congressional panels, the Department of Homeland Security’s inspector general, Puerto Rico’s local comptroller, and the FBI (according to the Wall Street Journal) are all asking the same question: How did a company founded in 2015 in sparsely populated Whitefish, Mont., with zero federal contracting experience and only two full-time employees land the mammoth contract in the first place?

Whitefish arrived on the island in early October, hired more than 350 subcontractors, and brought in 2,500 tons of heavy equipment to restore downed electrical lines. When the company began its work, most of the island lacked power. Six weeks later, 70 percent of Puerto Rico still doesn’t have electricity.

From the beginning, critics insisted something just wasn’t right about the agreement, noting PREPA didn’t seek offers from any competing companies to get the best value. Under the contract, Whitefish charged $330 per hour for a site supervisor and $227.88 an hour for a “journeyman lineman.” Its subcontractors charged even more: $462 an hour for supervisors and $319.04 an hour for linemen.

PREPA claims it hired Whitefish because the authority was cash-strapped and the small firm didn’t require a down payment to begin work. But as skepticism continued to grow, Rosselló felt compelled to intervene. The House Committee on Natural Resources will hold multiple hearings during the next two weeks to look into the matter.

The Federal Emergency Management Agency (FEMA) appears completely out of the loop, despite ostensibly leading the rebulding effort in Puerto Rico. FEMA administrator Brock Long on Tuesday told the Senate Committee on Homeland Security and Governmental Affairs he had no part in the Whitefish deal: “There’s no lawyer inside FEMA that would have ever agreed to the language that was in that contract.”

Early critics of the deal pointed fingers at Interior Secretary Ryan Zinke, a former congressman from Whitefish, Mont., and a friend of the firm’s CEO. Speculation swirled that Zinke must have pulled strings to get his buddy a lucrative federal contract.

Zinke denied those suggestions as patently false: “I had absolutely nothing to do with Whitefish Energy receiving a contract in Puerto Rico.” The White House similarly denied involvement, claiming the contract decision rested solely with PREPA.

The Campaign Legal Center (CLC) filed a complaint with the Federal Election Commission this week alleging Zinke circumvented campaign finance laws while in Congress. CLC claims Zinke failed to report tens of thousands of dollars in contributions and used campaign funds for the personal benefit of himself and his family.

CLC spokesman Corey Goldstone told me the Federal Election Commission received the complaint Monday and an investigation is pending: “It is one of the most basic legal obligations for a campaign to disclose its major donors, so failure to do that is pretty concerning.” 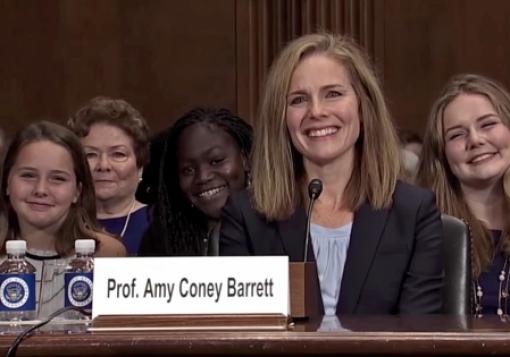 The Senate confirmed Amy Coney Barrett, a devout Catholic, to the 7th U.S. Circuit Court of Appeals on Tuesday after several lawmakers took her to task for her faith.

Earlier this year, Sen. Diane Feinstein, D-Calif., argued Barrett’s beliefs could disqualify her from the federal court. She said Barrett’s faith featured too prominently in her life. “When you read your speeches, the conclusion one draws is that the dogma lives loudly within you, and that’s of concern,” Feinstein told Barrett during her confirmation hearing.

Christian groups used the accusation as a rallying cry and claimed Feinstein and other Democrats wanted to establish a religious litmus test for judicial nominees. In the end, Senators voted 55-43 to confirm Barrett, with three Democrats—Joe Donnelly of Indiana, Joe Manchin of West Virginia, and Tim Kaine of Virginia—crossing party lines to support her.

“Catholics were alarmed by the anti-Catholic bigotry on display from Democrats during her hearings, but her confirmation is a testament to the enduring constitutional principle that there can be no religious test for office,” said Ashley McGuire, senior fellow with The Catholic Association.

On Monday, a handful of Republican senators defended Barrett and the constitutional right to the free exercise of religion. Ahead of Tuesday’s vote, Sen. James Lankford, R-Okla., urged his colleagues on the Senate floor to stop asking judicial nominees about their faith. He said Democrats cared less about Barrett’s legal scholarship and more about whether being Catholic would get in the way of being a good judge.

“It’s odd for us as Americans because this seems to be an issue that we resolved 200-plus years ago,” Lankford said. “Our constitutional protection is the free exercise of your religion. Not just that you can have a faith, but you can both have a faith and live your faith according to your own principles.”

Barrett, the mother of seven children, is a law professor at the University of Notre Dame. President Donald Trump nominated her to the federal appeals court on May 8. After Democrats questioned Barrett’s faith, the conservative Judicial Crisis Network rolled out a six-figure ad campaign to support her nomination. Pro-life groups also praised Barrett’s confirmation. —E.W. 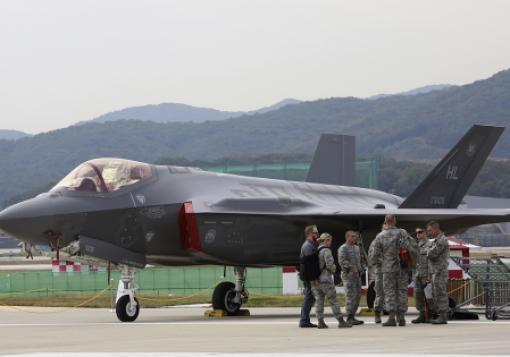 Senate Democrats unveiled legislation this week to block President Donald Trump from launching a preemptive strike against North Korea. The bill, sponsored by Sen. Chris Murphy, D-Conn., asserts Trump’s comments on North Korea warrant concern he could launch an attack against the rogue nation without congressional approval. Trump does not need an OK from Congress to attack North Korea if attacked first, or if there is an imminent threat of an attack. But Murphy argues he does need authorization outside of those exceptions: “We need to take the president seriously when he threatens war, because the dam could break at any moment. This bill shouldn’t be controversial since it essentially restates current law, but Congress needs to make it crystal clear that the president does not have the authority to take preemptive military action in North Korea without congressional consent.” The bill would prohibit Trump from using funds for “kinetic military operations” in North Korea. So far, the bill only has Democratic sponsors. Murphy said he doubts Senate Majority Leader Mitch McConnell, R-Ky., will bring the bill to the floor but urged Republicans to consider supporting the effort anyway. There is a precedent for some bipartisanship on this issue. Sen. Rand Paul, R-Ky., criticized Trump in April for striking Syria without first getting approval from Congress. —E.W.

Struck down, but not destroyed

Sally Yates, former acting U.S. attorney general, said Wednesday she still has hope for criminal justice reform. Yates gained notoriety this year for refusing to implement President Donald Trump’s executive order on travel and refugees. The president fired her soon afterward. Things don’t look good for criminal justice reform, but Yates told Georgetown Law students on Wednesday change remains possible: “I don’t believe criminal justice reform is dead. It may be on life support, but it isn’t dead.” On Oct. 4, a group of influential, bipartisan senators introduced legislation to address failings in the justice system. It’s aimed at easing harsh sentences, including eliminating the three-strike mandatory life sentence for some repeat drug offenders. More than 2 million Americans populate jail cells each day at a cost of $80 billion per year. U.S. prisons are grossly overcrowded, and putting so many people in prison doesn’t make Americans safer. Within three years of release, more than two-thirds of incarcerated individuals commit another crime and return to a life behind bars. So far, the Trump administration has been hesitant to adopt any criminal justice reforms, but it’s nice to know not everyone has lost hope. —E.W.