The Trump administration wades into the bog of internet platform bias

The White House has launched an online form soliciting stories from people who believe social media platforms have censored them for political reasons. The questionnaire, which asks for each responder’s name, contact information, citizenship status, and information about the alleged censorship, does not specify what the administration plans to do with the information but signals the government’s increasing interest in social media moderation practices.

The official White House Twitter account posted a link to the form Wednesday. “The Trump Administration is fighting for free speech online,” the tweet said. “No matter your views, if you suspect political bias has caused you to be censored or silenced online, we want to hear about it!”

Earlier this month, President Donald Trump criticized Facebook for designating controversial personalities like Milo Yiannopoulos and Alex Jones as dangerous and banning them from the platform.

Users seem to agree social media networks need more accountability, but the idea of the government regulating online forums doesn’t sit well. As private companies, Facebook, Twitter, and others don’t fall under the jurisdiction of the First Amendment to the U.S. Constitution, but being removed from a social media platform significantly affects an individual’s ability to exercise his or her free speech rights.

Up until now, the default solution has been for social media companies to regulate their own content in a limited fashion. U.S. law shields companies from liability for what users post on their platforms, leaving moderators free to decide for themselves what content stays and what goes.

Since the rules were constructed piecemeal over time on various platforms, they are often inconsistently applied, according to the Electronic Frontier Foundation (EFF). Judgments about how offensive is too offensive are necessarily subjective, and individuals often make difficult calls in real time, resulting in biased enforcement of platform rules. Ryan Radia, senior policy counsel at the Lincoln Network, told me there is a “troubling lack of transparency” about how companies make moderation decisions, and political opinions are “affecting that decision-making process in ways we don’t fully understand.”

Last week, Facebook blocked a post by Trump 2020 advisory board member Jenna Ellis Rives, and when she appealed, the social media giant said the post violated community standards, calling it “hate speech.” Rives’ post included a tweet by conservative blogger Matt Walsh that pointed out inconsistencies between feminism and pro-transgender or pro-abortion arguments. The same week, Twitter temporarily suspended the account of University of Toronto psychologist Ray Blanchard, a well-known researcher of transgenderism, for a thread about his clinical approach to gender dysphoria. Twitter ultimately said it “made an error,” but the suspension displayed the scope of what the company is willing to consider hate speech.

While some say moderation often goes too far, others believe it doesn’t go far enough. The argument for increased government involvement in content moderation on social media platforms reached an especially emotional pitch after the shooter at two Christchurch, New Zealand, mosques livestreamed the attack on Facebook. The same week the White House unveiled the censorship questionnaire, French President Emmanuel Macron and New Zealand Prime Minister Jacinta Ardern held a meeting in Paris to launch the “Christchurch call,” a push to remove violent extremist content from social media. The Trump administration declined to sign the pledge. Leaders from multiple countries attended the meeting, and the United Kingdom has already unveiled a plan to fine social media executives for failing to block objectionable violent content.

Radia cautioned against the U.S. government getting too involved in social media companies’ internal policies.

“The challenge is ensuring a vibrant marketplace of ideas without denying companies their own First Amendment right not to carry information that they find objectionable,” he said. “The government, including the White House, needs to be very careful about avoiding pressuring these companies and using the bully pulpit of the White House to essentially force them to act through the threat of adverse action if they don’t comply.”

The EFF warned against putting too much stock in the ability of companies, the government, or any other body, to police themselves: “We shouldn’t look to Silicon Valley, or anyone else, to be international speech police for practical as much as political reasons. Content moderation is extremely difficult to get right, and at the scale at which some companies are operating, it may be impossible.”

Instead, Radia said he thinks that the current solution, while imperfect, may be the best option going forward: allowing the free market to protect consumers. If companies have advertised their platforms as places that allow the free exchange of ideas, then they have to try to accomplish that goal. Individuals need to make informed decisions about where they spend an increasingly valued commodity—their attention. If users find that a given companies’ moderation rules aren’t working, they can leave the platform and find one they think does a better job. 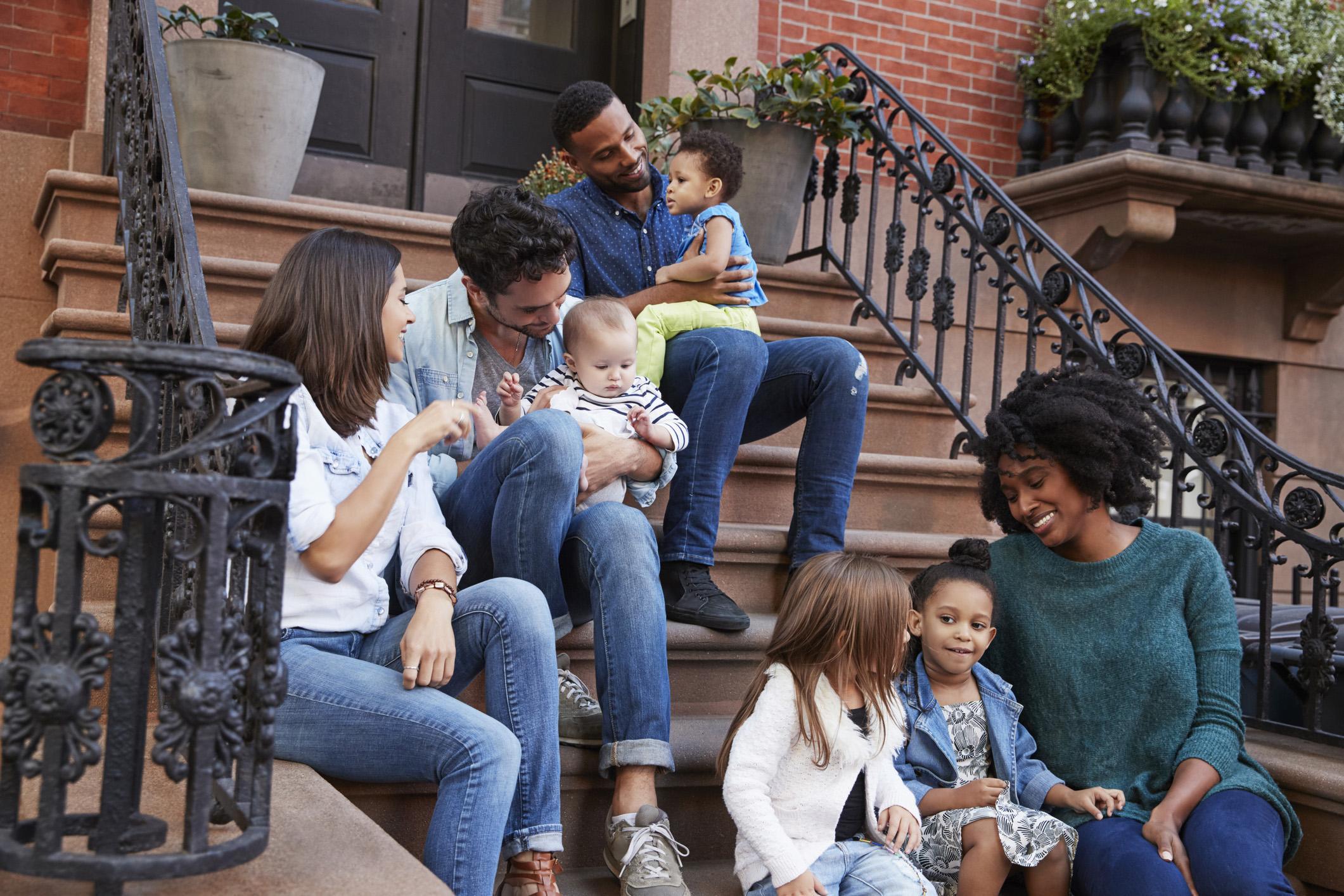 A federal court in Albany, N.Y., ruled last week against a Christian adoption provider for its policy of prioritizing child placements to married, heterosexual couples.

Last December, New Hope Family Services of Syracuse, N.Y., filed a lawsuit against the New York Office of Children and Family Services seeking a court order preventing the state from enforcing a nondiscrimination law that would have forced the agency to change its long-standing policy. The law in question dated to September 2010, but New Hope had for years been open with its clients about its policy and never had any formal complaints from prospective parents. Late last year, the state reviewed the agency’s policy and gave it an ultimatum: Change or close.

In its ruling, the court found that the New York law was neutral toward religion and only incidentally affected it. It distinguished the case from the U.S. Supreme Court’s decision last year in favor of Jack Phillips, a Christian baker who declined to make a cake for a same-sex wedding, finding no animosity against religion evident in the passage of the law.

Jeana Hallock, an attorney with Alliance Defending Freedom, which represents New Hope Family Services, told me that the court’s decision adopted a too-narrow view of Supreme Court precedents. The law affects only faith-based providers—Christian, Mormon, and Muslim—she said. Many have already been forced to shut down. She said that ADF likely will appeal the decision. —Steve West

Officials in the small Texas town of Coldspring lit up when the Wisconsin-based Freedom from Religion Foundation (FRFF) asked them to remove the four white crosses on the exterior of the San Jacinto County Courthouse. After a public hearing on May 8 at which 600 to 700 local residents appeared, county commissioners voted unanimously to retain the crosses, even lighting them at night.

Texas First Assistant Attorney General Jeff Mateer wrote a letter to town county officials advising that his office would “look forward to supporting your lawful decision to retain the crosses” if the FRFF files a lawsuit. “Historical religious symbols like crosses can be displayed without violating the Establishment Clause of the First Amendment,” he wrote.

Texas Attorney General Ken Paxton has supported religious liberty, recently opening an investigation of the San Antonio City Council’s decision to exclude Chick-fil-A from its airport because of its Christian underpinnings and warning the Austin school district’s superintendent against banning churches with traditional beliefs from its facilities. —S.W.

Three churches in Magnolia, Texas, a town of about 2,000 people near Houston, sued the municipality after a steep increase in their water rates. The churches allege that the town attempted to make up for a revenue shortfall by exacting a disproportionate water rate from tax-exempt users—one 75 percent greater than that of commercial users. The complaint quotes town officials suggesting that the rate increase was enacted to make up for taxes that could not lawfully be collected from exempt organizations.

Mike Berry, chief of staff for the religious liberty law firm First Liberty, pointed out the many vital community benefits of churches and other tax-exempt nonprofit organizations. “Overcharging their water limits the services they can provide,” he said, calling the rate hike “a thinly veiled property tax on a tax-exempt entity, and, as such, it is preempted by state law.” —S.W.

The University of Colorado, Colorado Springs, reversed its policy and agreed to grant Ratio Christi, a Christian apologetics organization, registered status, which allows it to meet on campus. As part of the settlement, the college modified its policy to let student groups require leaders to hold beliefs consistent with the group’s mission—something that has been at issue at other colleges. Tyson Langhofer, senior counsel with Alliance Defending Freedom, which represented Ratio Christi, said, “We’re grateful the University of Colorado has chosen to correct course, encourage diversity of thought, and protect students’ constitutional freedoms.” —S.W.