Shall Google make no law?

The First Amendment opens with the words “Congress shall make no law.” But what happens when corporations gain just as much or more power than Congress to curtail free speech? Though conservatives and liberals protest censorship by companies like Google, Twitter, and Facebook, two recent cases suggest the courts don’t want to see the First Amendment applied to Big Tech anytime soon.

In a terse opinion, U.S. District Judge Stephen V. Wilson of California threw out Gabbard’s complaint because “Google is not now, nor (to the court’s knowledge) has it ever been, an arm of the United States government.” He dismissed Gabbard’s argument that Google’s political advertising rules amount to election regulation, a power traditionally reserved for the government.

Another court dismissed a similar lawsuit from the other side of the aisle for the same reason. On Feb. 26, Judge M. Margaret McKeown, writing for a three-judge panel of the 9th U.S. Circuit Court of Appeals, affirmed a lower court correctly dismissed conservative PragerU’s lawsuit against YouTube. McKeown found that merely hosting speech did not transform Google into a government-like actor.

PragerU’s October 2017 lawsuit alleged YouTube reduced its viewership and revenue with “arbitrary and capricious use of ‘restricted mode’ and ‘demonetization’ viewer restriction filters.”

“Today a few private corporations have far more power to censor speech, controlling what billions of people see and say, than our governments ever did,” Rubenfeld wrote. He said the platforms should strictly regulate unlawful or threatening content while protecting opinion-based speech.

But that free-for-all approach has serious drawbacks, said Daphne Keller, a fellow at Stanford University’s Center for Internet and Society. It could hurt platforms’ business because advertisers don’t want to be associated with hateful or offensive messages, she said, and the government likely would not do a better job moderating content than the social media companies.

Whatever the solution, Big Tech censorship promises to continue to be a controversial and vexing topic. With both sides of the aisle unhappy with their oversight of a significant “town square,” Big Tech has every reason to get it right. 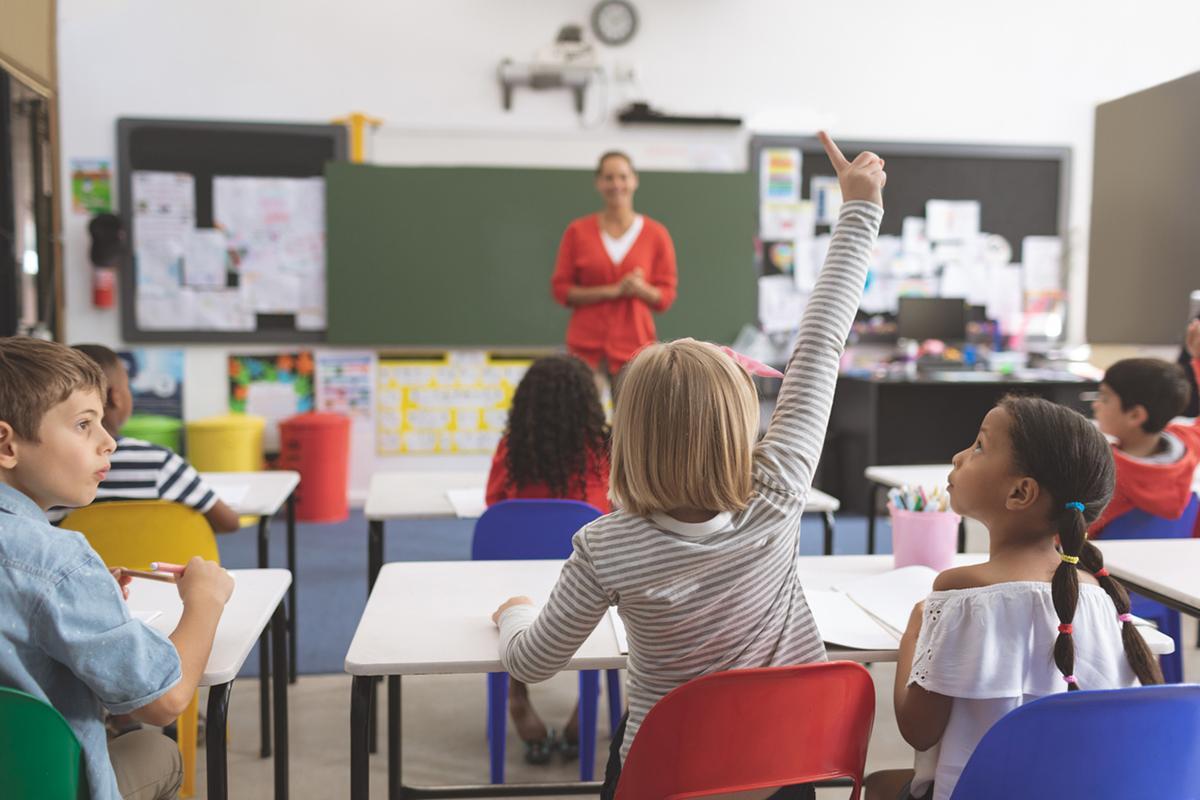 After an atheist group complained, a Kentucky school painted over a sign that said, “But the Lord is with me like a Mighty Warrior. Jeremiah 20:11.”

The Freedom From Religion Foundation (FRFF) sent a letter to a school district in Letcher County, Ky., demanding it remove allegedly unconstitutional religious messages. School officials whitewashed the bold lettered sign, got rid of a bulletin board message at one school reading “Jesus is my savior You can’t scare me!” and took down a prayer for children on another school’s Facebook page.

FFRF has made a business of expunging religious symbols from public property, including school nativity plays, Bible-as-literature classes, and pregame prayers in public stadiums.

First Liberty counsel Jeremy Dys said unfortunately, school administrators “didn’t … take time to investigate this situation closely before their knee-jerk reaction to paint over the verses.” When it comes to public expression by teachers and other school employees, courts have leaned on individual circumstances to determine whether students would perceive it as school endorsement of a religion or feel coerced to participate.

A federal district court in Washington state last Friday said a high school football coach who insisted on taking a knee and praying at the 50-yard line after games failed that test. U.S. District Judge Ronald B. Leighton ruled the Bremerton School District could fire coach Joseph Kennedy after he refused to stop his post-game prayers in the presence of players and spectators. “While public schools do not have unfettered discretion to restrict an employee’s religious speech, they do have the ability to prevent a coach from praying at the center of the football field immediately after games,” Leighton wrote. Kennedy’s attorney said he would appeal the decision. —S.W. 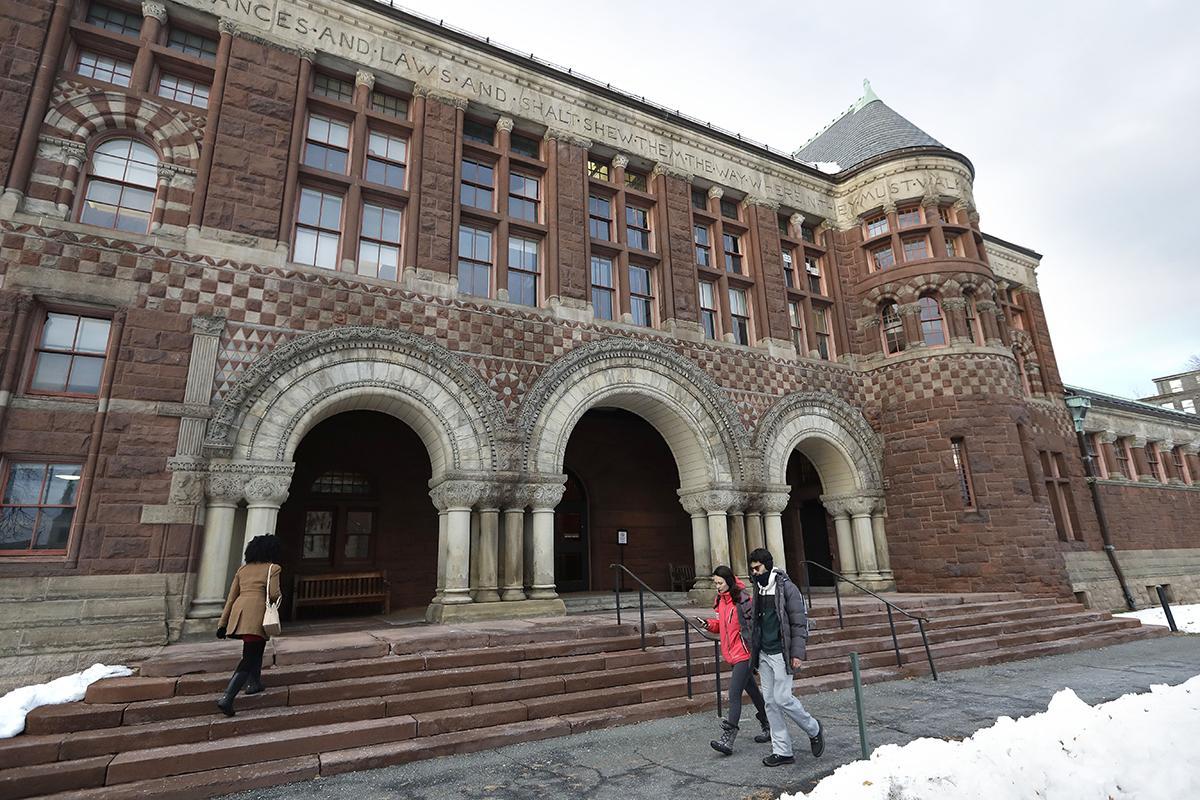 Religious freedom is all right—provided it doesn’t get in the way of LGBT rights, according to some Harvard students.

The Ivy League school on Feb. 26 announced plans to open a program allowing its law students to work on religious liberty cases under an attorney’s supervision. The Religious Freedom Clinic joins 46 other legal clinics offering practical experience to students in areas as diverse as animal rights, LGBT advocacy, and voting rights.

“Without the guarantee that such a Religious Freedom Clinic would not provide legal services in support of anti-LGBTQ+ and anti-reproductive justice causes, we do not understand how such a clinic could be housed” at Harvard Law, LGBTQ advocacy group Lambda wrote to dean John F. Manning. Manning has not officially responded.

The Stanford and Yale law schools have similar clinics. Stanford students have handled a wide variety of cases involving all faiths since the school’s clinic began in 2013. —S.W.

UPS calls it a misunderstanding, but UPS drivers call it bullying. Drivers say that a Myrtle Beach, S.C., center manager has continued to retaliate against them for praying in the parking lot before work hours, even though the company released a statement saying it allows pre-work prayer.

“Employees at UPS and elsewhere are allowed by law to voluntarily read the Bible, pray together, or discuss spiritual matters before their shifts begin for the day, during their lunch breaks or during any other off-the-clock time when they may otherwise read or discuss secular topics,” said Liberty Counsel chairman Mat Staver. He called on UPS to take action against supervisors who are hostile to off-hours religious expression. —S.W.