Almost 2 percent of high school students identify as transgender, and they experience violence, use substances, attempt suicide, and engage in risky sex significantly more often than other students, the Centers for Disease Control and Prevention reported last week. The study used the biennial Youth Risk Behavior Survey, a school-based polling of students in grades nine through 12.

Researchers then cross-referenced that data with survey questions about risky behavior. Nearly 35 percent of transgender students reported being bullied at school, and 24 percent said they had been threatened or injured with a weapon. Nearly 1 in 4 said they had been forced to have sexual intercourse.

The suicide rates were just as astounding: Nearly 44 percent of transgender youth said they had considered taking their own life, 39 percent had made a suicide plan, and 35 percent had attempted suicide.

The CDC concluded its report by calling for more programs to support the overall health of transgender youth. The Trevor Project, a nonprofit group that provides crisis intervention and suicide prevention to LGBT youth, called the report groundbreaking and game-changing.

“This is the first time we’ve had a federal government report of this magnitude showing that transgender youth exist in this country and in larger numbers than researchers had previously estimated,” Amit Paley, CEO of The Trevor Project, told The Washington Post. He said the Trump administration’s efforts to roll back Obama-era gender identity anti-discrimination rules is an effort to “erase the identity of transgender youth.”

But a bipartisan alliance disagrees with Paley and the CDC on what action this country needs to take to protect the growing population of youth identifying as transgender.

On Monday, The Heritage Foundation hosted a panel discussion featuring two members of a radical feminist organization, a politically liberal lesbian, and a left-leaning former transgender academic. All four said transgender ideology dismisses the rights of women and girls. They expressed concerns about the movement’s threat to parental rights, the unwillingness of physicians and psychiatrists to acknowledge and treat the underlying mental health conditions of those who identify as transgender, and the unquestioning embrace of social transitioning and sex change procedures (medical and surgical) as safe and effective treatment for gender dysphoric youth.

The panelists told of parents who watched helplessly as school administrators, gender clinic physicians, Planned Parenthood employees, and social workers guided their daughters toward testosterone treatment and mastectomies, leaving many of them angry, suicidal, and estranged from their families.

Kara Dansky, an attorney and a board member of the Women’s Liberation Front who took part in the discussion, argued against anti-discrimination laws for transgender people. Dansky, a member of Hands Across the Aisle, a bipartisan group of women pushing back on gender ideology, called pro-transgender legislative efforts such as the Equality Act an “unmitigated disaster for women and girls.” The measure would amend the Civil Rights Act of 1964 to include gender identity as a legally protected class in places of public accommodation.

“It is impossible to both enshrine gender identity in civil rights law and protect women and girls as a distinct legal category at the same time,” said Dansky, adding that the act would put an end to female-only spaces in restrooms and locker rooms and at all-women colleges and organizations.

“Gender identity is utterly intellectually bankrupt,” she said, noting the definitions of the term are either circular—gender identity is the gender you identify as—or entrenched in stereotype—I identify as a woman because I like makeup and dresses. “We should not be basing civil rights laws on concepts that have no coherent meaning.” 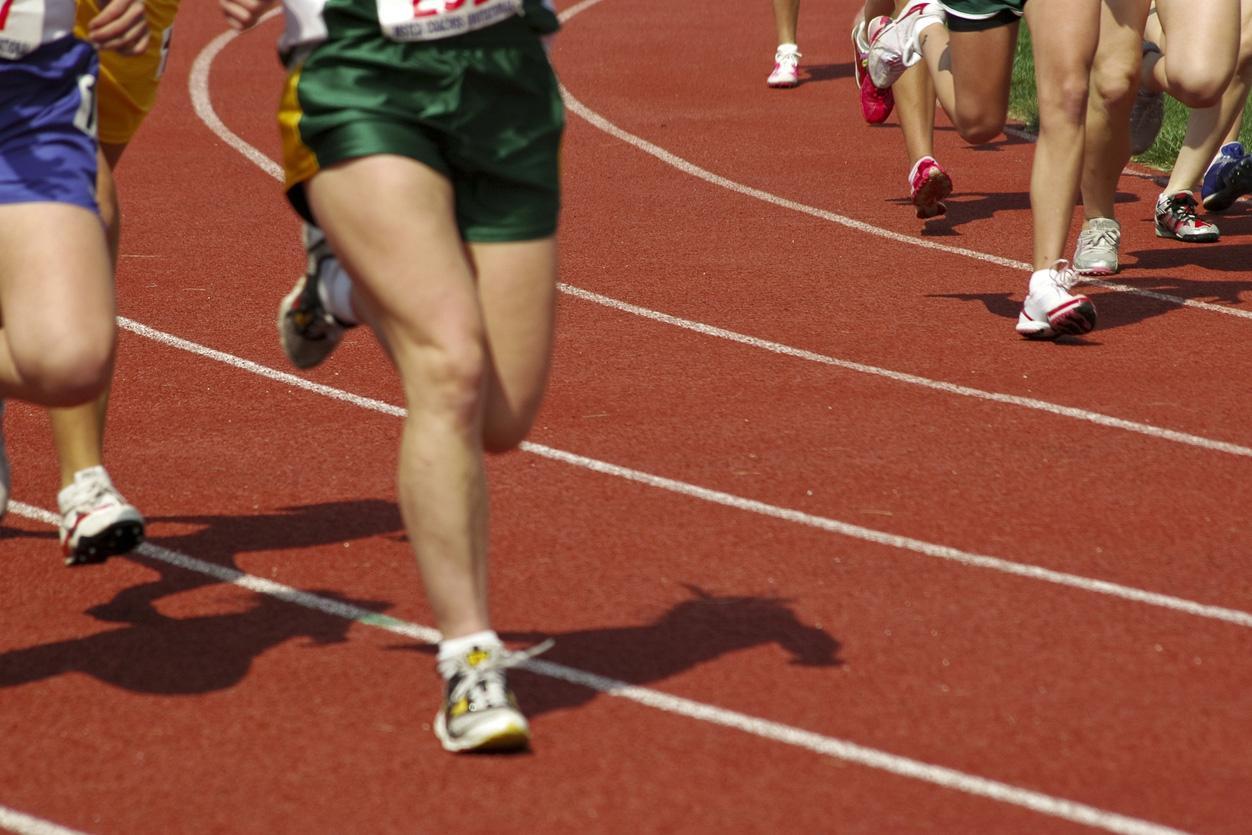 A South Dakota bill that would have required students to participate in high school sports based on their biological gender died in committee last week. The Senate Education Committee voted 5-2 to kill the measure, which would have voided a 2015 statewide policy allowing transgender students to play on whichever sports teams they choose. Supporters of the measure said girls who play school sports deserve fairness and safety.

“This is not a bathroom bill. This is a fairness in competition bill,” said Republican state Sen. Phil Jensen, who voted for the measure, adding, “I personally bristle at the thought of some groups’ attempts to intimidate and bully those of us that are attempting to protect and preserve the gains that young women have made in this country.”

Eighteen states, including South Dakota, allow transgender students to participate in high school sports based on their gender identity without having any medical or surgical treatments, according to Transathlete, a website that tracks state-by-state policies. Another 18 states have rules requiring a note from a physician, legal proof of a reassigned gender, or whatever documentation the school district decides to ask for. Seven states have rules saying students must compete based on the sex on their birth certificates, and another seven states have no policy on transgender athletics. 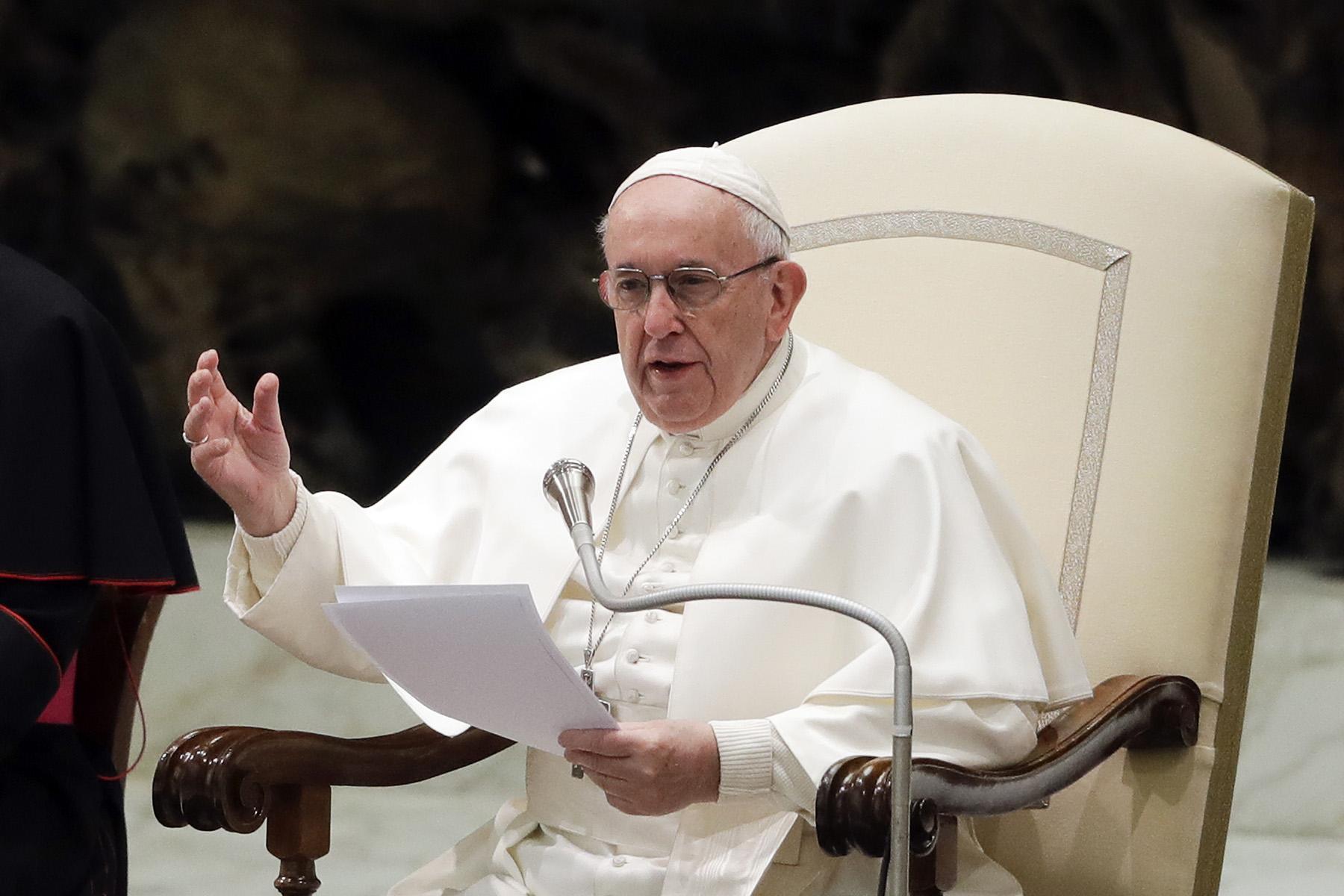 Pope Francis tried to downplay the Roman Catholic Church’s upcoming global summit on clergy sex abuse, saying Sunday that he sensed the public had overly high expectations. Francis told reporters that the Feb. 21-24 meeting of bishops from around the world would focus on sensitizing church leaders to the pain of victims, instructing them on how to investigate cases, and developing general protocols for the entire hierarchy of leadership to use.

“We have to deflate the expectations to these three points, because the problem of abuse will continue. It’s a human problem,” the pope said.

The Catholic Church has been at the center of the problem recently, and many U.S. Catholics are growing weary of waiting for decisive action in response to a growing clergy sex abuse crisis. The Vatican instructed U.S. bishops in November to postpone a vote on measures that would have established a code of conduct for bishops and a special lay-led commission to review sex abuse complaints. Critics said the delay was business as usual for a church rocked by cover-up scandals and a pope who has been accused of protecting abusers. The Vatican said it blocked the vote because the conference withheld the proposals until the last minute. —K.C.