Some professors push to evaluate students on effort, not results

After finals wrap up and the semester ends, students’ GPAs serve as some of the only concrete evidence of what they accomplished in the classroom—almost certainly all that a future employer will see. From ninth grade forward, grades often represent the quality of work a student can produce, but a new system called labor-based grading evaluates students based on the amount of work they exert, not their mastery of a subject.

In a recent column published by Inside Higher Ed, George Washington University professor Sandie Friedman argued for increased use of labor-based grading in light of the stress caused by the coronavirus pandemic. Right now, few places outside of college writing courses use the technique, but its expansion would bring about a major shift in schooling.

The contract details in clear, measurable steps how much work it takes to receive the baseline grade. As long as students arrive for class, turn in work on time, and meet the word count and reading requirements, they can usually count on a B.

Labor-based grading rewards everyone equally for completing the work outlined in the contract. Assignments may receive student and teacher feedback, but the grade ignores that feedback.

Asao Inoue, a professor and associate dean at Arizona State University, has researched and written several books on labor-based grading. He said the system helps students turn from laboring for a grade to laboring to learn. He added it can avoid some of the bias inherent in English grading standards that reward students who grew up immersed in the speaking and writing conventions of white, middle-class families.

But labor-based grading naively suggests that everyone has the same amount of time to spend on schoolwork. In a book review for the Journal of Writing Assessment, Shane Wood pointed out that not all students “have the same affordances to labor.” If some students can produce A-quality work in a short amount of time, should teachers penalize them? What about students whose job or family schedules don’t allow them to complete more classwork to earn a higher grade? Wood called for more research on the subject.

If colleges detach grades from mastery or quality, employers might find it more difficult to screen job candidates fresh out of school. Students with high GPAs “must display some combination of intelligence and work ethic,” which are positive indicators of success, businessman Peter Gudmundsson recently wrote in U.S. News & World Report.

The practice has not spread widely in academia, but it could gain more traction as teachers look for ways to help students cope with the challenges of going to college during a pandemic.

“In the era of COVID, we must give ourselves credit for working toward a goal, if not always meeting that goal,” Friedman said. 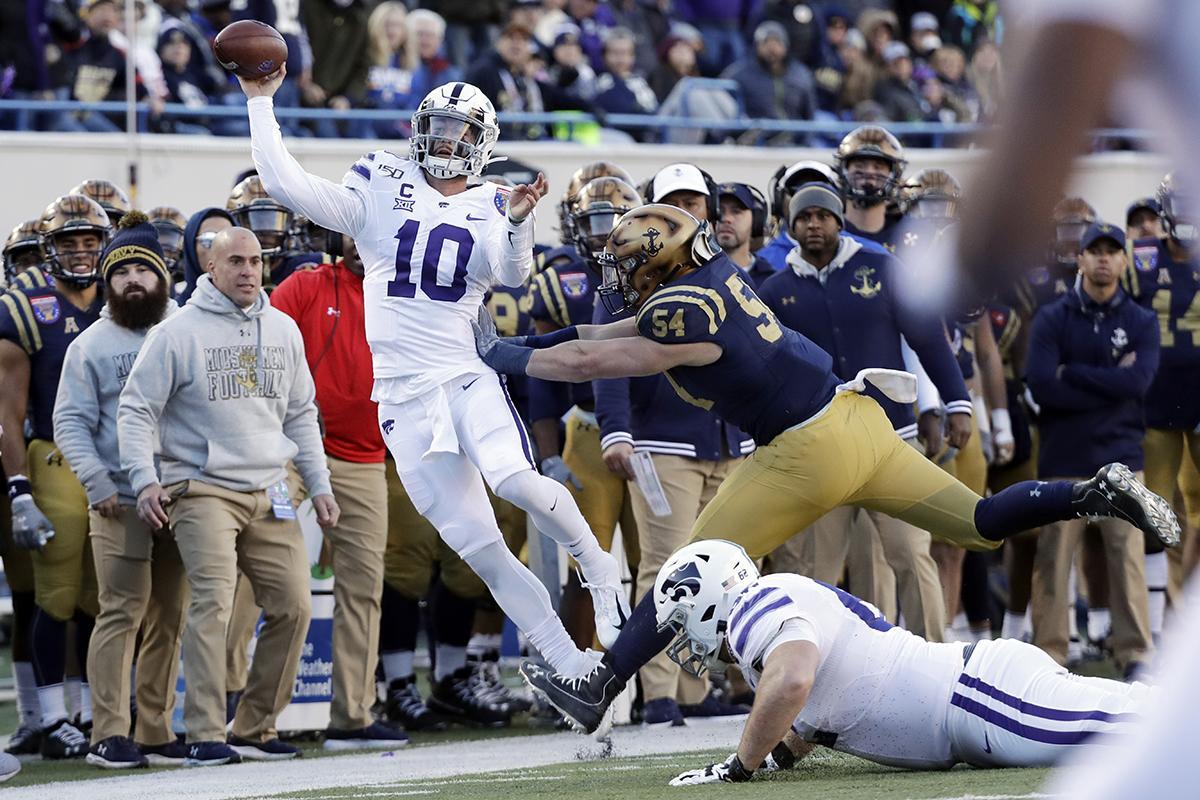 Action off the field

Football players at Kansas State University forced the school to start a new diversity program in response to a student’s tweet. The student, who describes himself as the founder of a “mainstream, Christian, conservative organization that supports President Donald Trump,” rudely disparaged George Floyd in a tweet sent on June 25, one month after Floyd died in Minneapolis after a police officer knelt on his neck during an arrest attempt.

The players responded by refusing to practice, play, or meet until the university did something about the student. They stopped short of demanding the his expulsion but asked administrators to put a policy in place that would discipline racist actions by students in the future.

In response, Kansas State promised diversity and inclusion training for student-athletes and coaches, support of the Black Lives Matter movement, and transportation for student-athletes to polling places on Election Day, among other initiatives. But the college also recognized that Jaden McNeil, the student whose tweet enraged his peers, had a right to free speech. McNeil said the tweet was a joke and deleted it, and Twitter briefly disabled his account.

“As a governmental entity, we must operate within the law,” Kansas State President Richard Myers said in an open letter. “There have been many calls for us to expel a student who posted racist messages on social media, and while these messages are disrespectful and abhorrent, we cannot violate the law.” —Lynde Langdon 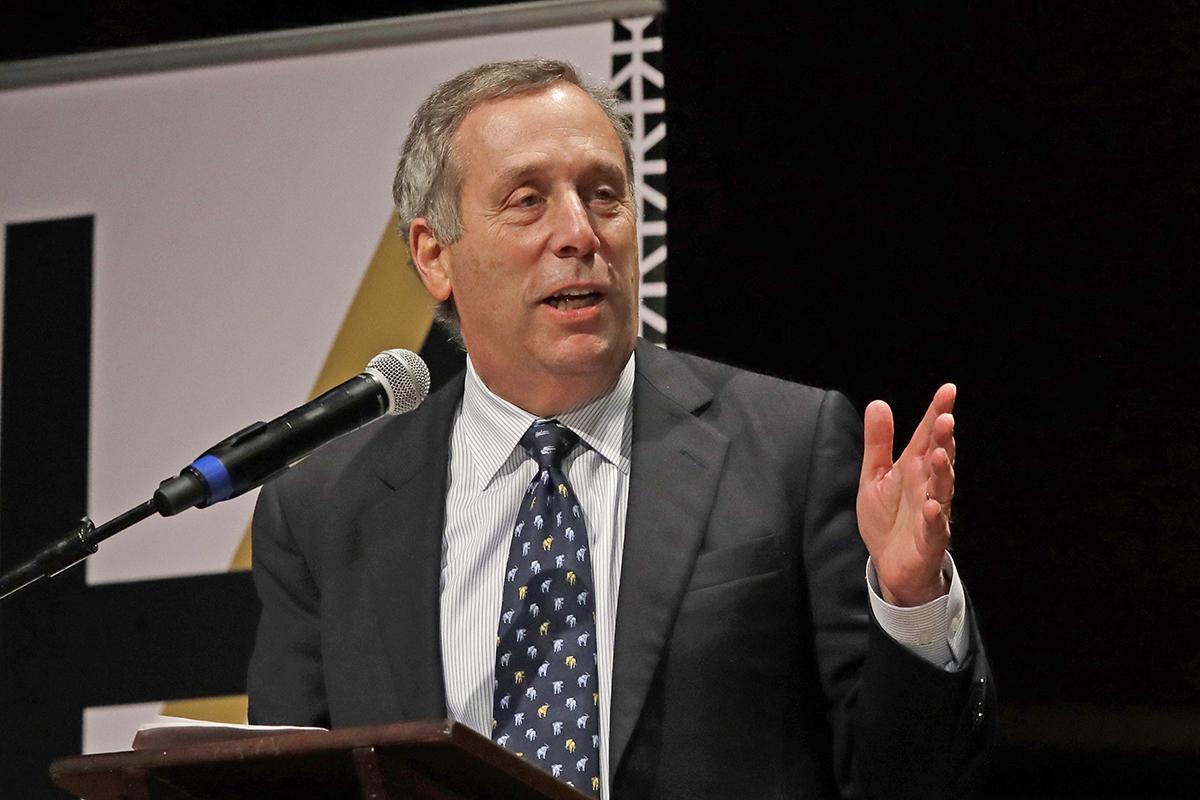 Harvard already had failed to get state and federal courts to dismiss lawsuits against the policy, which disqualified students who participated in single-gender organizations—even those located off campus—from on-campus leadership roles and scholarships. In a letter addressing the school’s change of position, Bacow cited the U.S. Supreme Court’s decision on June 14 in Bostock v. Clayton barring discrimination based on sexual orientation and gender identity. He said administrators concluded the policy “is itself an instance of discrimination based on sex.”

In a joint statement, Dani Weatherford, CEO of the National Panhellenic Conference, and Judson Horras, CEO of the North American Interfraternity Conference, mixed celebration with criticism: “While we are pleased that this policy will no longer hang over Harvard students, we are also painfully aware that its effects will linger—particularly for women’s-only organizations that were decimated by this policy.” —Steve West 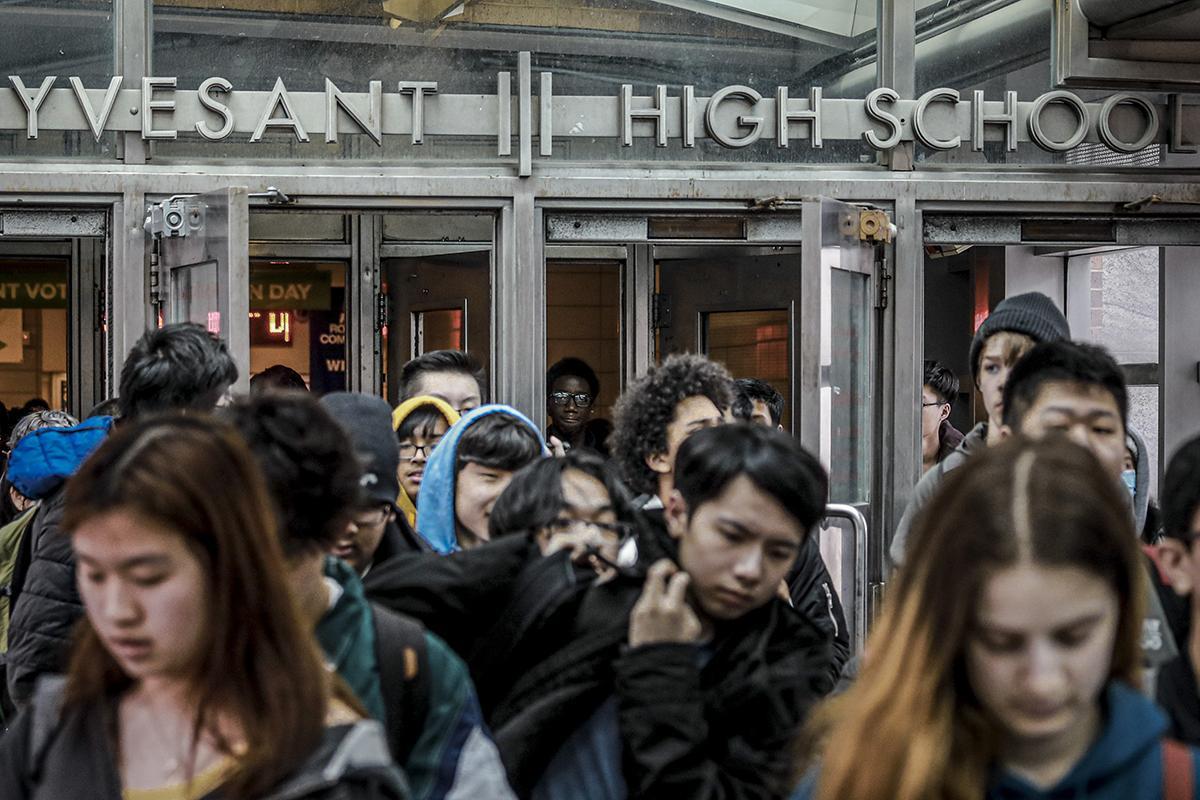 Back to school blues

New York City announced on Wednesday that most students will return to their physical classrooms part time and learn online the rest of the time this fall. Mayor Bill de Blasio said schools can’t accommodate all students at once while also maintaining social distancing. President Donald Trump tweeted Wednesday morning that he might withhold federal funding from schools that don’t reopen. A day earlier, U.S. Education Secretary Betsy DeVos said in a call with governors that schools must be “fully operational” for the sake of students. “Students across the country have already fallen behind,” she said. “We need to make sure that they catch up.”

The White House coronavirus task force was meeting at the U.S. Department of Education on Wednesday, emphasizing the administration’s push to reopen schools. Many school districts say they do not have the funding to retrofit their buildings to adequately mitigate the spread of the coronavirus. The battle between districts, especially large ones, and the White House will likely intensify as the back-to-school season draws near. —L.L.