The Darwinian concept of natural selection seems pretty straightforward: The most fit survive and pass their genes on to their offspring, while unfit organisms die off. But new research, published in the Annual Review of Ecology, Evolution and Systematics, shows survival is a lot more complicated, and natural selection is neither clear-cut nor provable.

The researchers, who study natural selection as it relates to infectious diseases, explained the theory does not account for environmental changes.

For example, some weeds in a vacant lot may carry a gene variation that helps them thrive in hot sunshine while others favor cool shade. Weather patterns could change over time, or builders might erect or tear down structures around the lot, changing the sunny and shady areas. Such a change would also alter the survival benefit of sun-loving or shade-thriving genes.

Cooperative gene variations also exist that seem to provide no survival benefit for individual organisms, such as insects with genes that cause some to destroy the eggs of mere workers in order to protect the predominance of the queen. Such a gene variation would do nothing to help the individual insect survive, though it certainly would benefit the queen.

Randy Guliuzza, an engineer, physician, and science expert with the Institute for Creation Research, said natural selection cannot deal with the complexities of how organisms adjust to their environment because the concept has the whole process backward.

“Natural selection says we have to be adaptable in order to adapt and evolve, but how do we become adaptable unless we have the internal systems to do so?” Guliuzza said. “It is like the chicken and the egg riddle in which everything has to show up at once.” 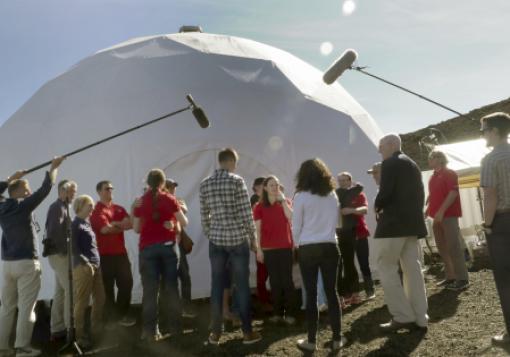 A NASA research crew just completed eight months of isolation on a remote plain below the summit of Hawaii’s Mauna Loa, the world’s largest active volcano. The mission, a simulation exercise, allowed scientists to study the psychological effects astronauts would experience on a long-term space trip, such as a journey to Mars. NASA hopes to send humans to the red planet by 2030, and the study will help them select astronauts with the right mix of traits to cope with the stress and isolation of the two- to three-year endeavor.

The crew of four men and two women lived in a vinyl-covered dome about half the size of a small two-bedroom home. The dome included a kitchen, a laboratory, a bathroom, and six sleeping quarters. The group shared one shower and two composting toilets. They ate mostly freeze-dried or canned food and a few lab-grown vegetables. Any time crew members left the dome they wore spacesuits, and all communication with the outside world entailed a 20-minute delay, simulating the time a signal takes to reach Earth from Mars. The researchers admitted conflicts among crew members occurred occasionally.

“We’ve learned, for one thing, that conflict, even in the best of teams, is going to arise,” lead researcher Kim Binsted told The Washington Post. “So what’s really important is to have a crew that, both as individuals and a group, is really resilient, is able to look at that conflict and come back from it. —J.B. 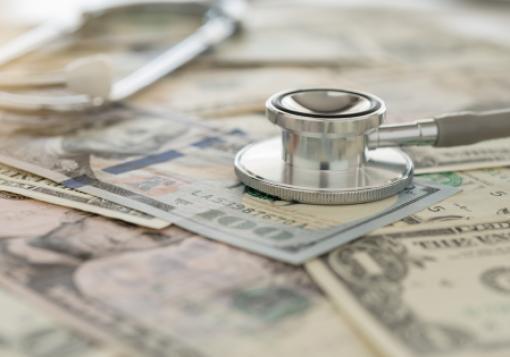 Researchers at Johns Hopkins University recently conducted a survey of more than 2,000 physicians across multiple specialties that indicated patients often receive unneccessary medical care. The result is an estimated $210 billion in excess spending each year and potentially preventable patient harm. “Unnecessary medical care is a leading driver of the higher health insurance premiums affecting every American,” Martin Makary, a professor of surgery and health policy at the Johns Hopkins University School of Medicine, said in a statement.

When asked to list possible reasons for unnecessary care, 85 percent said physicians’ fears of malpractice, 60 percent blamed patient requests, and 38 percent pointed to difficulty accessing prior medical records. The majority of physicians said 15 to 30 percent of medical treatment accounts for unnecessary care, along with about 22 percent of prescriptions, 25 percent of tests, and 11 percent of procedures. “Most doctors try to do the right thing,” Makary said, adding that “too much medical care has become an endemic problem in some areas of medicine.” —J.B.

After decades of experts warning people about the dangers of dietary fats, two new studies call those warnings into question.

A recent study of mice showed that those that ate a high fat, or ketogenic, diet not only experienced significantly increased longevity but also increased memory, strength, coordination, and lower levels of age-related inflammation and a lower incidence of tumors.

In other research, scientists studied 135,000 individuals ages 35 to 70 from numerous countries and discovered that high carbohydrate intake was associated with higher mortality rates, while a higher fat intake was linked to lower rates. The researchers recommended a revision of global fat intake guidelines. “Limiting total fat consumption is unlikely to improve health in populations, and a total fat intake of about 35 percent of energy with concomitant lowering of carbohydrate intake may lower risk of total mortality,” Mahshid Dehghan, one of the researchers said in a statement. —J.B.

My father provides an anecdotal illustration. He loved meats like sausages, and usually ate all the fat from the edge of one of his favorites, New York strip loins. He lived at least a score of years with a colostomy, and died of congestive heart failure--at age 92. His mind was sharp as a razor until the last month or so of his life although his major heart attack at that time left him with well under 20% heart capacity.

The second link in the section on fat is a duplicate of the first one about the mouse study. I wanted to check what they did to try to control for other factors in that second study, because having access to more fat might also imply improved access to other nutrients, which could interfere with the results. (And carbohydrates are often the cheapest source of calories available if cost is the limiting factor.)

I found some mentions of that study online, and it looks like the point was actually to get a better rounded picture globally for diet recommendations. Which is great, but not necessarily going to change anything for diet recommendations in the US and other developed countries. https://medicalxpress.com/news/2017-08-diet-guidelines-biased-poor-nations.html