School on the range

How students and teachers approach college in ‘education deserts’

Sunshine Bible Academy Superintendent and Principal Jason Watson wishes his students had better access to college representatives. The private Christian school in Hand County, S.D., serves 75 students, nearly two-thirds of whom live on campus. The universities within a four- to five-hour driving distance are scattered in different directions, making tours impractical for many families.

“It’s not overly convenient for our students to go on college visits or to have reps from colleges visit us,” Watson said.

Sunshine Bible Academy is in what scholar Nicholas Hillman of the University of Wisconsin calls an “education desert.” The lack of nearby higher education options can put students at a disadvantage after high school. But I found some schools that are working to counteract those negatives to give students more options.

States like Idaho, Nevada, North Dakota, and South Dakota have magnificent sprawling landscapes, but that sprawl means colleges and universities are few and far between. Researchers with the Jain Family Institute recently analyzed the entire nation by ZIP code and plotted the concentration of community colleges and public and private universities on an interactive map. In Nevada, for example, unless students are near Reno or Las Vegas, they won’t find a community college for hundreds of miles.

College attendees in education deserts must deal with inflated prices at universities that have a monopoly in the region and with the increased prevalence of high-pressure recruiting for online for-profit colleges, according to the Jain researchers. That can affect whether students go to college at all, Hillman wrote in a 2016 report: “The [farther] a student lives from a college or university, the less likely he or she is to enroll.”

Schools like Sunshine Bible Academy and Dakota Christian School in Corsica, S.D., are trying to bridge the gap between rural education and college. The two schools estimated they send about half of their graduates to four-year colleges, while the other half might pursue an associate’s degree, technical certification, military service, or enter the workforce directly.

“I think we have a certain number that know exactly what they want to do, and they go to a tech school or go right into the workforce,” Dakota Christian School CEO Jeremy Boer said. “Then we have a few that kind of want to experience something new, so they move to Sioux Falls or something like that.”

“Knowing that we are in a more rural area, we try to keep our classes as affordable and as accessible as possible,” said Karen Erickson, the school’s dean of enrollment. “So I think that helps a lot with attracting students because we have a lot of classes and programs that both can be completed online or on campus.”

Erickson pointed out that in her neck of the woods, distance is not always as much of a limiting factor as city folk might think.

“It’s not unheard of that somebody commutes 60 miles one way into work or for educational opportunities,” she said. “It’s something that people in the more rural states are very familiar with because driving 60 miles here, maybe at 75 to 80 miles an hour, might be only a 40-minute commute.” 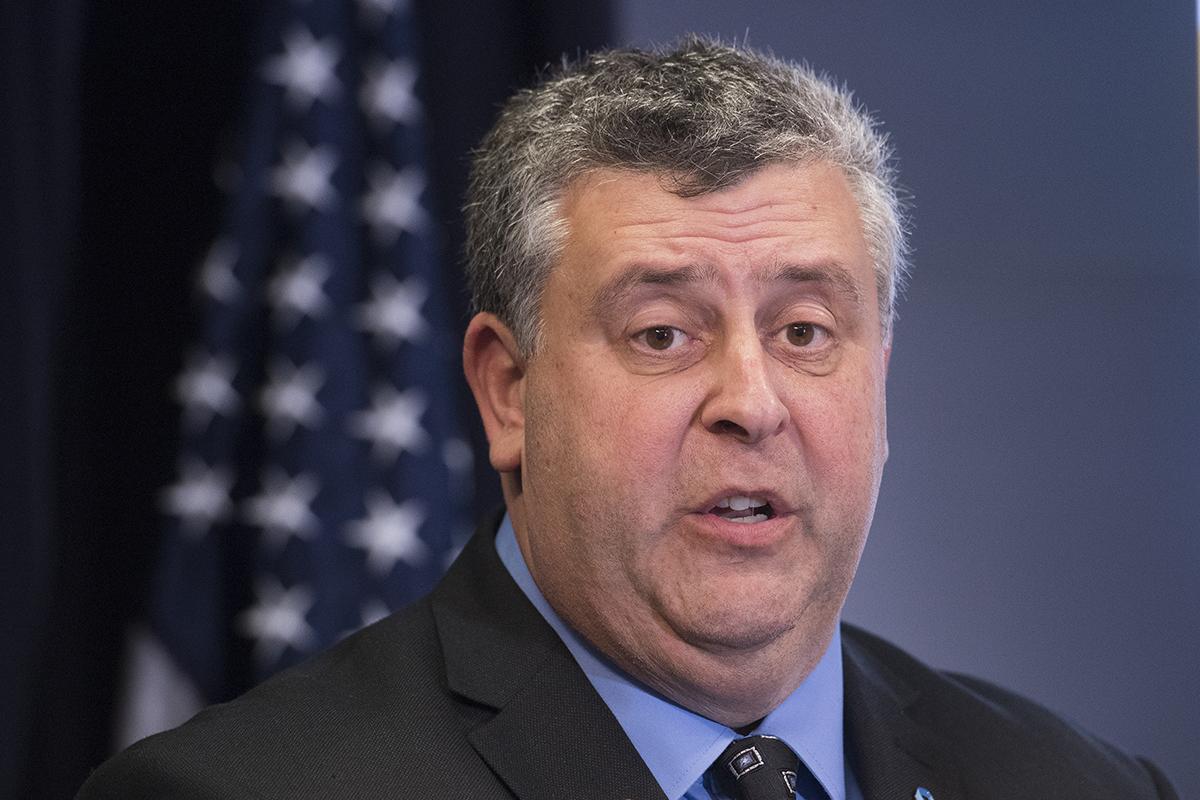 The U.S. Secret Service stopped in Miami last week just days after the second anniversary of the 2018 Valentine’s Day shooting at Marjory Stoneman Douglas High School in nearby Parkland, Fla. The visit was a scheduled stop on a nationwide tour to provide training and awareness on school safety.

“It’s all about getting the word out,” said Tony Montalto, whose 14-year-old daughter, Gina, was among the 17 people who died in the Parkland shooting. “We set out to make America’s schools safer.”

Trainers from the Secret Service’s National Threat Assessment Center provided free sessions based on a study the agency performed on school attacks from 2008 to 2017. They have conducted similar training sessions in Los Angeles and Chicago.

Ryan Petty, whose 14-year-old daughter, Alaina, also died in the 2018 shooting, said the training helps people develop a better understanding of who might become a school attacker by tracking mental health and behavioral issues. Accused Parkland shooter Nikolas Cruz had a well-documented history of both, which Petty wishes authorities would have addressed more thoroughly.

“It would have made all the difference in the world,” Petty said of the troubled 19-year-old.

Cruz, now 21, faces the death penalty if convicted in the Parkland shooting. His attorneys said he is willing to plead guilty in exchange for a life sentence, but prosecutors have rejected that option. His trial is expected to begin later this year. —L.E. 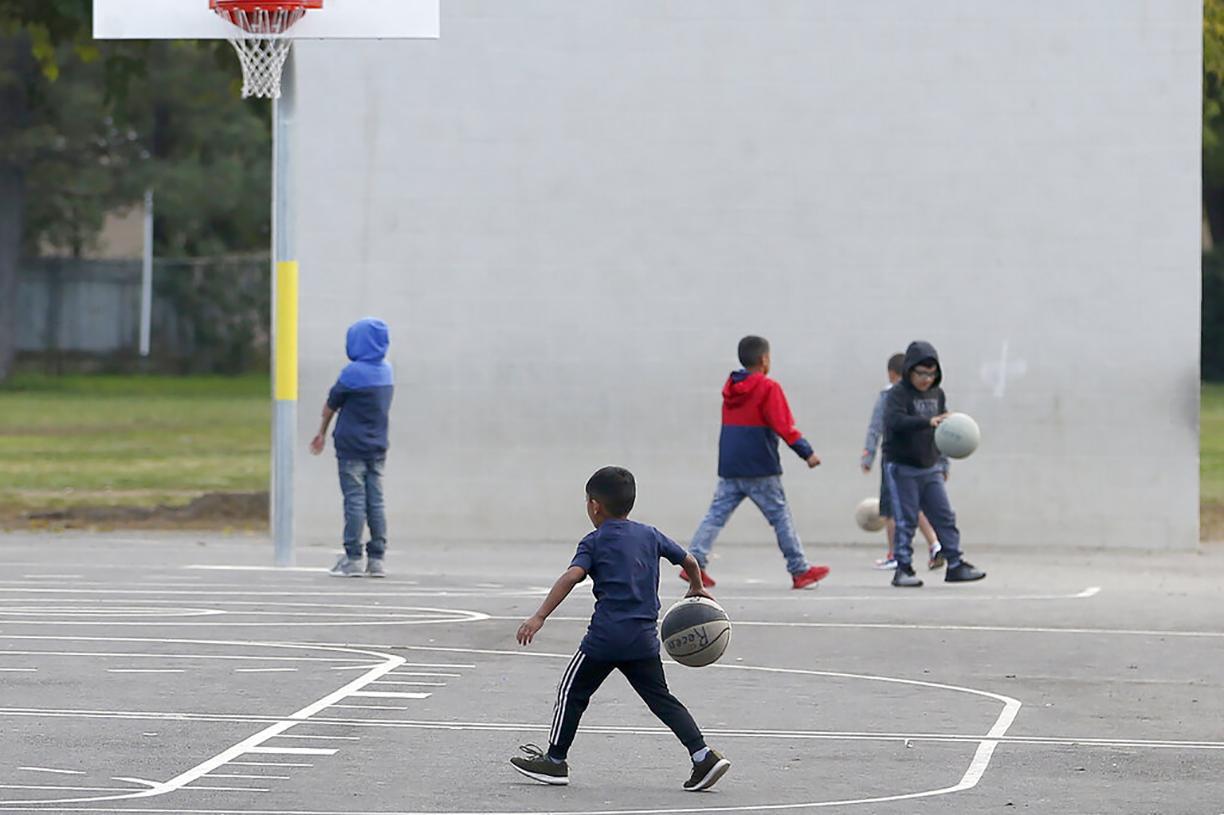 Taking the sting out of gym class

State officials also said they have received complaints about the use of the standard body mass index, which requires school officials to designate students as male or female to calculate the measurement.

But a bigger issue lurks in the performance of the Golden State’s children on fitness exams like the popular Fitnessgram Pacer test, which schools across the nation use to assess aerobic capacity and flexibility. Scores over the last five years have declined steadily as fewer students achieve a “healthy” rating each year. Meanwhile, the U.S. Centers for Disease Control and Prevention reported rising childhood obesity.

Arnold Schwarzenegger, the former Republican governor of California and a healthy lifestyle advocate, weighed in on the subject earlier this month.

“Whether the state uses fitness tests or not, Gov. Schwarzenegger believes that the most important thing is that our students have access to daily physical education classes to promote a healthy and fit lifestyle,” said Daniel Ketchell, a spokesman for the actor and politician. —L.E. 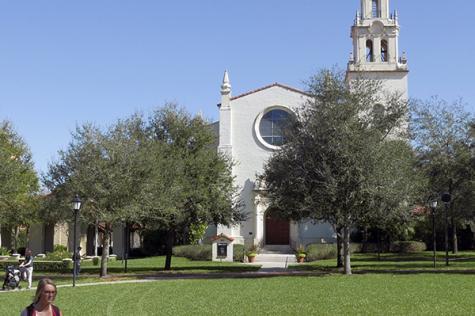 The U.S. Census Bureau wants to count college students in the places they live during school, not at their permanent home addresses. The agency categorizes students who live on campus as residing in “group quarters,” similar to those in prisons and nursing homes.

College towns have millions of dollars in federal funding at stake in the census. The Census Bureau is hiring an estimated 500,000 employees this year, many of whom will wind up at college campuses across the country to help count students. Families back home will have access to this year’s census questionnaire online, but college students—the group most likely to appreciate a digital process—are stuck filling out paper forms due to cutbacks. —L.E.

A U.S. District judge in Boston sentenced Michelle Janavs, the heir to the Hot Pockets frozen turnover fortune, to five months in prison on Tuesday for her part in a nationwide college admissions cheating scandal. Janavs, of Newport Coast, Calif., admitted to paying the scheme’s ringleader, Rick Singer, $100,000 to have a proctor correct her two daughters’ ACT exams. She also was set to pay $200,000 to have one of her daughters falsely portrayed as a beach volleyball recruit at the University of Southern California to improve her chances of admission, but authorities arrested her before the girl matriculated.

I think it's great that colleges are doing more courses and degrees online. Our nearest airport is 75 miles away, so I completely agree that the long commute is a regular part of life for rural dwellers.  Our nearest grocery store is 12 miles away, and our nearest Walmart is 40. You get used to it (I grew up in a suburban area).

The good thing about online degrees for anybody is that you can easily work full-time and slowly work toward a degree that works into your schedule.