School is in, but religion is out

In Bossier City, La., school board meetings regularly begin with prayer, yet school employees can’t quietly pray or read a Bible within sight of students.

That’s because a settlement agreed to last week restricts religious expression in public schools in the Bossier Parish area outside Shreveport. In the agreement, filed Jan. 23, the parties agreed some of the school district’s policies or practices violated the U.S. Constitution’s ban on the establishment of religion by endorsing or promoting Christianity. A federal court is expected to approve the settlement.

The agreement ended a lawsuit filed a year ago on behalf of several parish school students by Americans United for Separation of Church and State (AUSCS). In a complaint dated Feb. 7, 2018, AUSCS cited a range of religious activities that school officials engaged in or endorsed, including holding school events in churches, allowing student-led prayers at school events, and promoting student participation in Christian organizations like the Fellowship of Christian Athletes. The complaint also cited religious content in choir performances and teachers who expressed religious beliefs in class or at sporting events.

In the settlement, the school district adopted a new policy on religious expression and activities on school campuses that bars school officials from anything that would promote, advance, or endorse religion, and from participating or leading prayers at school events. It also provides a process for students and parents to complain of violations to a dispute resolution and monitoring committee of two members appointed by AUSCS and two members appointed by the district. Schools are also required to use their best efforts to secure secular venues for large school events.

In a Jan. 22 statement, Bossier Parish Schools Superintendent Scott Smith heralded the agreement as protecting students’ rights to religious expression: “The settlement allows for the closure of this case without the loss of any student rights, which is of utmost importance to the Board.” Yet little in the new policy safeguards the free exercise rights of school employees.

Smith, who has since retired as superintendent amid reports he was under an unspecified federal investigation, claimed that the policy “does not penalize employees for bowing their heads out of respect for … [student-initiated and led] prayers when offered.” However, the policy actually stops short of this, holding only that employees may “remain still and silent with hands folded” during any such prayers.

While the new policy permits school employees to wear jewelry that includes symbols associated with religious beliefs, it otherwise strictly forbids them from expressing or exercising their personal religious beliefs. In addition, the district’s Teachers’ Bill of Rights omits any mention of religious freedom.

Richard T. Bowser, a professor at the Campbell University School of Law in Raleigh, N.C., said that while the policy appears calculated to bring the school district in line with Supreme Court decisions, it sometimes mandates more than the law requires.

“I don’t see the court concluding that compliance with the Establishment Clause requires the school to excise all nonacademic references to religion in every student speech where the student received any assistance by educators,” Bowser said. Nor does he think the Supreme Court would hold that every use of a religious venue for a school event necessarily violates the Establishment Clause.

“The Supreme Court sees the avoidance of an Establishment Clause violation as being a sufficiently strong interest to justify the suppression of any expression of piety that could be viewed as an exercise of coercion by the teacher or as an endorsement of religious belief on the part of the school,” he said. And while “the logic of the argument that exclusion of evidence of religious belief from schools is not neutral with regard to religion but hostile is sound, that argument has never commanded a majority on the court,” Bowser added.

In a September 2018 post on The Hayride, a Louisiana political blog, U.S. Rep. Mike Johnson, R-La., forecast that the Bossier Parish Schools litigation would result in federal court oversight, predicting that “such heavy supervision tends to have a ‘chilling effect’ on the free exercise of religion in schools and their surrounding communities.” His forecast proved prescient: For at least 13 years, a monitoring committee that reports to the federal court will oversee religious expression at the parish public schools.

Louisiana is the fourth most religious state in the country, according to the Pew Research Center. Pew’s latest study found that 71 percent of Louisiana adults are “highly religious,” according to measures used by the researchers. Yet one place that may no longer fully reflect Louisiana’s devout character is its schools, given the chilling effect of this lawsuit and the specter of federal court oversight. 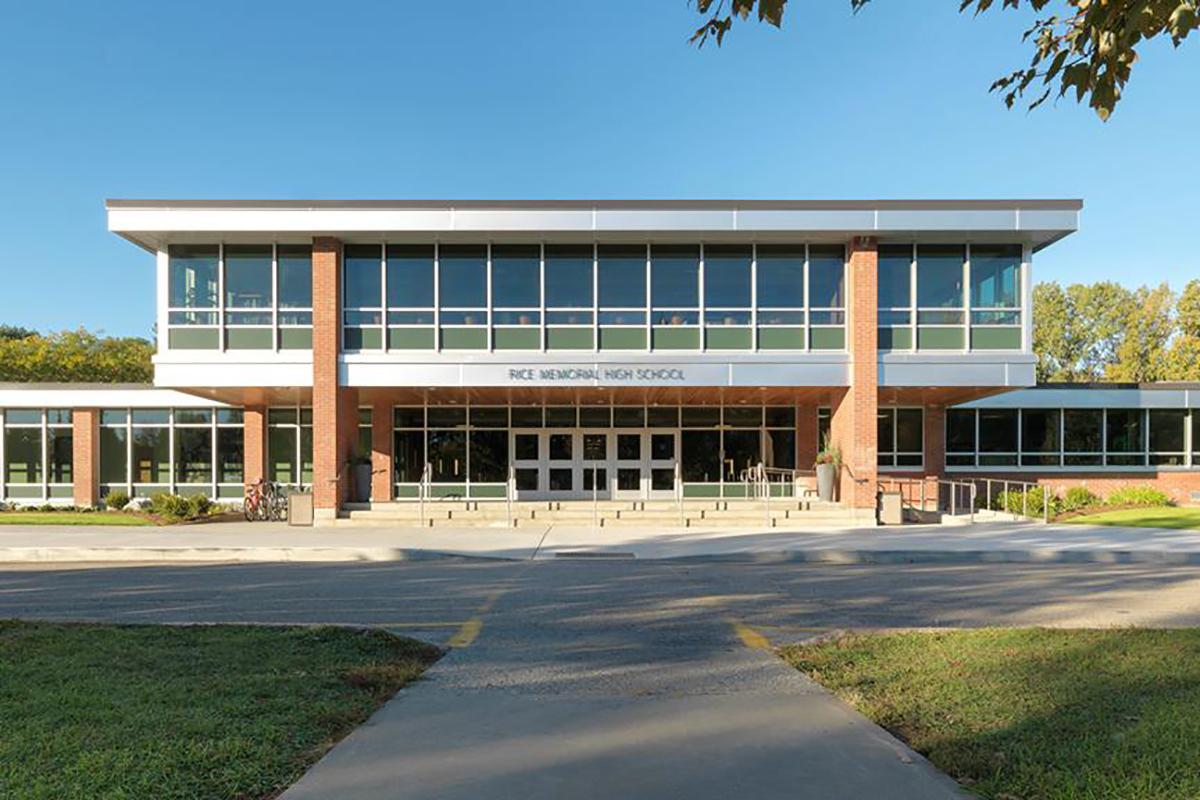 A Catholic school in Vermont is battling the state over its students’ access to public services.

The Vermont Dual Enrollment program provides funding for high school students to take college courses. And while public, secular private, and even homeschool students are eligible, Vermont has specifically excluded students from private, religious high schools. Alliance Defending Freedom (ADF) filed a federal lawsuit last week on behalf of two students, their parents, and the Roman Catholic Diocese of Burlington, claiming the state is violating the U.S. Constitution by denying the students access to the program.

The Vermont Constitution has been interpreted to forbid state funding of religious secondary school education, which has excluded religious schools from certain state voucher programs. Officials use the same reasoning to exclude private, religious schools from the Dual Enrollment program. If those students were allowed to participate, the program would not send tuition to the religious high schools but to the secular colleges from which the students were earning credit.

“Students should have every opportunity to pursue their educational goals,” ADF attorney Christen Price said in a statement. “That’s especially true in this case, where the government isn’t spending any money on religious education. Vermont is discriminating against students purely based on which kind of school they come from.”

In another case also argued by ADF, the U.S. Supreme Court in 2017 ruled that states cannot deny a religious entity access to a public benefit just because of its religious nature. ADF attorneys argue that Vermont is doing just that by denying students access to publicly available funding because they attend a religious school. —Rachel Lynn Aldrich 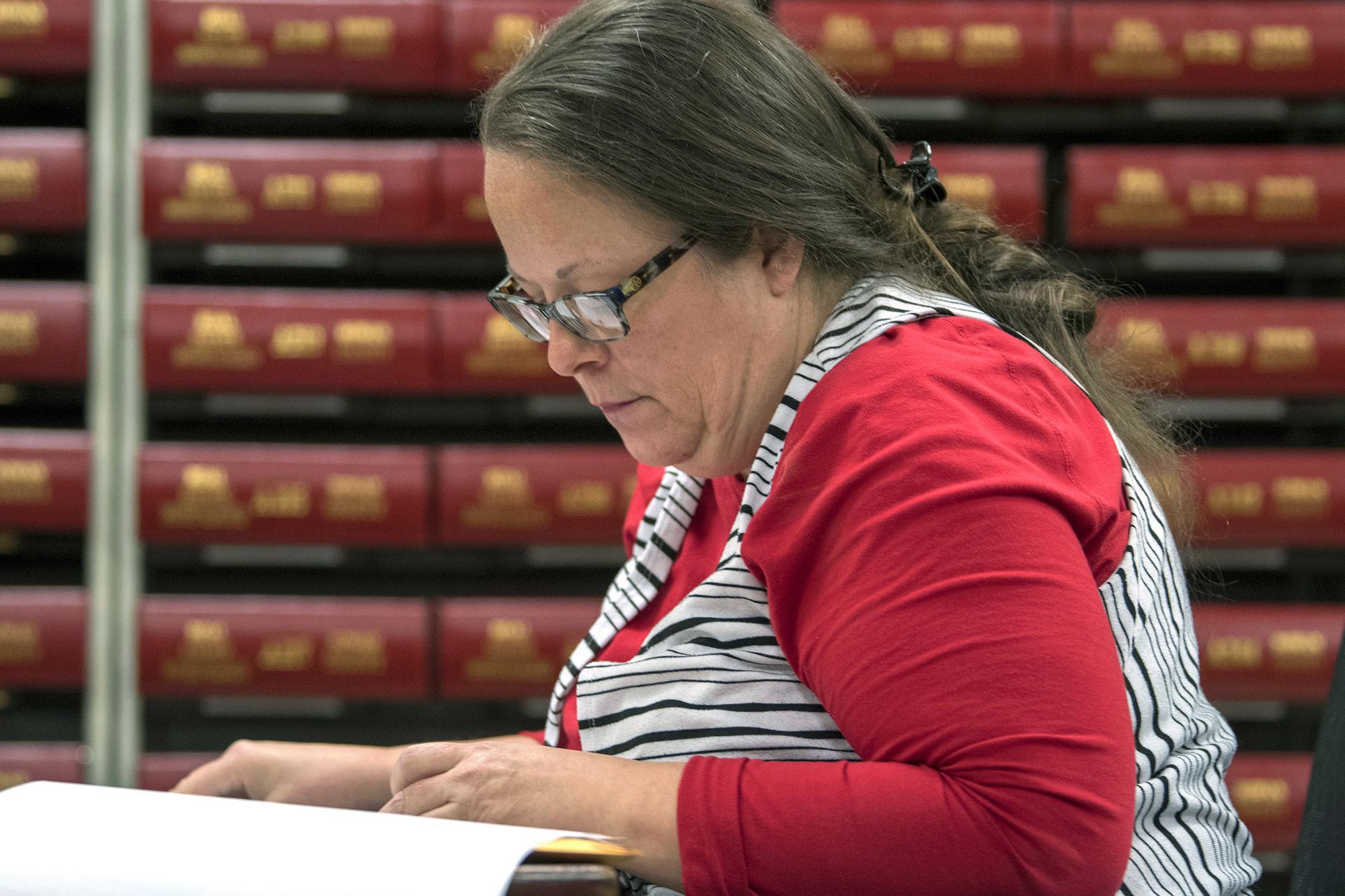 Four years after her Biblical beliefs about marriage landed her in jail for five days, former Rowan County, Ky., Clerk Kim Davis is fighting the state again. A court originally ordered that Kentucky taxpayers were responsible for more than $222,000 in legal fees for same-sex couples who sued after Davis stopped issuing marriage licenses for a time in 2015. Davis said her belief that marriage is between one man and one woman would not allow her to sign a license for a same-sex couple, and she stopped issuing all marriage licenses. The state legislature later changed the license requirement to remove the county clerk’s name.

Both the state and Davis have appealed the court’s decision to award legal fees to the couples in the lawsuit. But should they lose the appeal, Gov. Matt Bevin, who originally supported Davis during his campaign in 2015, and his attorneys now say Davis broke the law and taxpayers “should not have to collectively bear the financial responsibility for Davis’ intransigence.” The Republican governor’s attorneys argue that either Davis or the county should pay. Davis’ attorneys argue that since she acted on behalf of the state, the state is responsible for the fees.

The Independence Law Center filed a suit on Thursday on behalf of Pennsylvania high school students who were banned from distributing Bibles at their school. The law firm sent Mechanicsburg Area High School Principal David Harris a letter last month explaining why the students had the right to distribute the Bibles. “Literature distribution and speech rights should be permitted during the school day at noninstructional times in nondisruptive manners,” Independence Law attorney Jeremy Samek said. “Students do not lose their right to free speech when they enter their school.” —R.L.A.

Modern progressivism has come to mean subverting the traditional meaning of everything.  The First Amendment, which was meant to protect freedom of belief and expression, is now twisted to mean precisely the opposite.  It suppresses traditional religious expression in order to replace it with secular religion.  Modern liberal dogma is a kind of counterfeit Christianity which is preached freely, while actual Christianity is considered harmful and is censored contrary to the Bill of Rights.