The $4.1 trillion proposed budget released today by the White House asks for overall cuts to education spending, including for federally backed student loans, but gives school choice a $1 billion boost. Part of the proposed allocation would go toward a grant program to encourage states to make public school funds portable, allowing parents to pick the campus that works best for their children. About one-quarter of the funds would go to study and expand voucher programs.

Education Secretary Betsy DeVos likely will face plenty of questions about both proposals later today when she testifies in budget hearings on Capitol Hill. Expect Democrats to echo complaints from public school advocates, who began battling the Trump administration push for school choice almost as soon as polls closed in November. But choice advocates aren’t happy with the budget proposal either, noting conservative principles call for less government intervention in education, not more.

During a speech Monday at a summit hosted by the pro–school choice American Federation for Children, DeVos tried to allay fears about federal overreach.

Republican lawmakers don’t like plenty of other proposals in the Trump budget, and cuts to food stamps, highway funding, crop insurance subsidies, and disability payments likely will get more attention than expanding school choice. It’s also important to remember that Congress ultimately writes and adopts the budget, not the White House. But the budget gives the Trump administration another opportunity to sell its school choice vision—and gives public school supporters another point of attack. Washington Sen. Patty Murray, the top Democrat on the Senate Health, Education, Labor, and Pensions Committee, called the DeVos choice proposals an “extreme privatization agenda.” 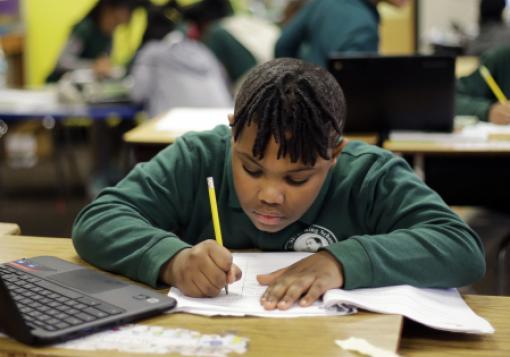 Despite Democrats’ rhetoric, school choice isn’t anathema to most Americans. According to a poll conducted earlier in April by The Associated Press-NORC Center for Public Affairs Research, Americans are largely supportive of charter schools and voucher programs.

About 4 in 10 people surveyed said the country in general would benefit from more school choice. Almost a majority—47 percent—said they favored opening more public charter schools, with just 23 percent opposed to such a policy and 30 percent neutral. Forty-three percent said they supported giving low-income families tuition vouchers for private schools, while 35 percent opposed such measures and 21 percent didn’t have a strong opinion either way.

That’s good news for school choice advocates, who have some base of support to work with as they try to expand access to all types of education innovation. But that support could be tenuous: 58 percent of those polled said they knew little or nothing at all about charter schools, while 66 percent reported the same ignorance about private school voucher programs. And opposition to vouchers was strongest among those who had heard the most about them. —L.J. 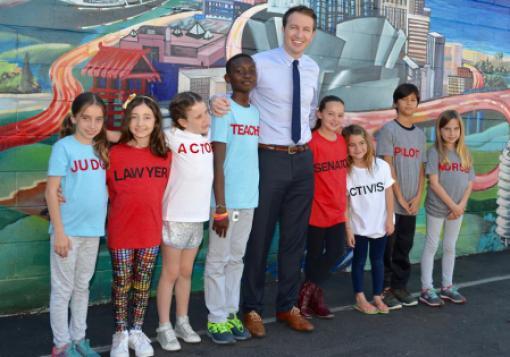 Leading the charge in Los Angeles

While the rest of the country slowly warms to school choice, charters are all the rage already in Southern California. A much-watched school board election gave choice advocates a big boost earlier this month. After a campaign bruising and expensive enough to make even a Hollywood starlet blush, voters elected two pro-charter candidates to the seven-member Los Angeles Board of Education. The LA school district is the largest in the country and is now run by a charter-friendly majority. Outside groups poured more than $14 million into the May 16 election, billed as a referendum on school choice. The winning candidates vowed to approve more charters in the district, which already has the most in the country, with 16 percent of students attending a charter campus. Charter advocates hope gains made in LA will spread to the rest of the country. —L.J.

Texas lawmakers are considering an amendment to an education safety bill that would require schools to provide single-stall restrooms, locker rooms, and other changing facilities for any students who don’t want to use the facilities that correspond to their birth gender. The amendment, approved by the state House on Sunday, is a watered-down version of the so-called bathroom bill floated earlier this legislative session. It would have required restroom and locker room use based on biological gender in all public buildings. The business community opposed that measure, in part because of the abuse North Carolina suffered after lawmakers there approved a similar bill. But business leaders opted out of the school bathroom fight, issuing statements opposing discrimination generally but acknowledging the need to respect all students’ sensibilities and safety. Some school leaders say the measure, if given final approval next week, will “out” transgender students who have managed to hide their true identities with the help of teachers and administrators. Parents who support the measure say they don’t want their children unexpectedly exposed to the anatomy of the opposite sex. —L.J.

At the beginning of May, The Associated Press released the results of a yearlong investigation into student-on-student sexual assault. My one-word summary: horrifying. Not surprisingly, most reports of violence come during the middle school years. But I was shocked to learn that kindergartners make up 5 percent of the victims. Schools often try to hide reports of sexual violence or whitewash the graphic reality by classifying them as bullying or hazing incidents. And despite the headlines generated by teachers caught abusing children, students are much more likely to be victimized by their peers than the adults tasked with watching over them. Read the full report here. Make sure you have a box of tissue nearby. —L.J.