Cities work to build hedges of protection from abortionists

The Waskom, Texas, City Council votes last June to become a sanctuary city for the unborn. Facebook/Sanctuary Cities For the Unborn

“There was a lot of concern,” said Mark Lee Dickson, a pastor and a director of Right to Life of East Texas. Dickson approached the mayor about it, and the mayor asked, “What can we do?”

Waskom became the first in a wave of towns to declare themselves sanctuary cities for unborn babies last year. This month, four more municipalities plan to vote to adopt sanctuary city ordinances, joining six others that passed them last year.

The ordinances protect unborn babies from abortions within the city limits. Some include bans on emergency contraceptives, like Plan B. They have two different enforcement mechanisms: First, an abortionist becomes subject to a $2,000 fine for each procedure performed within the city limits. Individuals or organizations that assist with abortions also incur fines. Second, family members get the right to sue an abortionist for the death of the unborn child.

Dickson is joining Texas Right to Life in traveling to more than 400 Texas municipalities to promote the movement. “This is about cities drawing a line and saying, ‘Babies are not going to be murdered here,’” he said.

“It’s a growing epidemic,” Drucilla Tigner, a political strategist for the American Civil Liberties Union of Texas, said in a recent webinar hosted by Texas pro-abortion groups. “It’s not just something we think is going to stop in East Texas.”

Dickson said pro-abortion advocates have a reason for concern: “We are getting lots of calls from other states.”

Unless the Supreme Court overturns its 1973 Roe v. Wade ruling that led to the legalization of abortion nationwide, the ordinances are largely symbolic since they are legally unenforceable. None of the cities that have passed sanctuary city for the unborn ordinances have abortion facilities in them, but Dickson said they can act as a strong deterrent. Planned Parenthood recently opened an 18,000-square-foot abortion center in Fairview Heights, Ill., a town of just 17,000 people, after secretly constructing the facility near the Missouri border.

“This is a preventative measure since we don’t want abortion tourism happening in our towns,” Dickson said.

The trend represents growing hope that with a conservative majority, the Supreme Court will soon overturn or undermine Roe. If that happens, sanctuary city measures could take immediate effect, meaning abortionists—even distributors of abortifacients like Plan B—could face steep fines.

These small Texas towns not only want to stop abortion, but they also offer support for women facing crisis pregnancies. Some, like Gilmer, have pregnancy centers, according to Dickson. In others, churches provide the bulk of support for single mothers and women contemplating abortion, he said.

Joe Pojman, director of the Texas Alliance for Life, cautioned that the ordinances could invite lawsuits that will not stand unless the high court overturns Roe. He noted the spread of sanctuary cities for the unborn stands to “embolden opponents of pro-life laws” during an election year: “We need to stay focused on ensuring Roe v. Wade is overturned. … The most astute political observers agree that Texas is in play.” 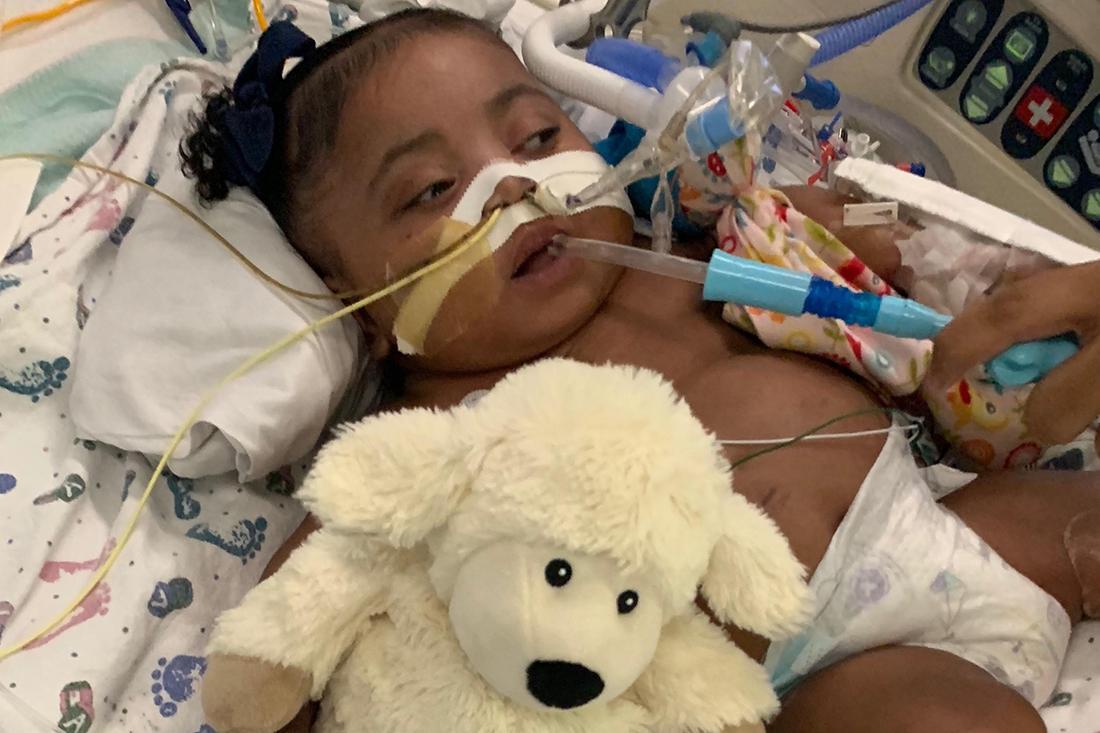 An uphill battle continues for 11-month-old Tinslee Lewis after a Texas appeals court halted a judge’s ruling permitting a Fort Worth hospital to remove her life support.

The state’s Second Court of Appeals in Fort Worth on Friday ordered Cook Children’s Medical Center to keep Tinslee Lewis alive until it issues a final ruling in the case. The court has not set a trial date yet.

“This gives us so much hope for Tinslee,” said Kimberlyn Schwartz, a spokeswoman for Texas Right to Life, which has supported the girl’s family. “This is a prayer answered.”

Tinslee has been hospitalized at Cook Children’s since her premature birth on Feb. 1. She has a rare heart defect, chronic lung disease, and severe high blood pressure. Since July, she has required sedation, ventilation, and extracorporeal membrane oxygenation, in which a machine oxygenates the blood in place of her heart and lungs. But Tinslee’s mother maintains that despite her condition, she smiles, stares, and squeezes her hand.

Doctors cite Tinslee’s pain and terminal condition as reasons to stop life-sustaining treatment. But her mother said she wants to be the one to decide whether to remove her from life support.

Schwartz said the appeals court will rule on whether Cook Children’s must keep providing life support for Lewis and consider the constitutionality of the “10-day rule,” a state law that opponents say gives hospital officials more authority than parents.

Texas Attorney General Ken Paxton and Gov. Greg Abbott, both Republicans, filed a friend-of-the-court brief on Friday in favor of giving Tinslee more time to live. Eighteen Republican state lawmakers have asked Abbott to call a special session of the legislature to repeal the 10-day rule, calling it unethical and unjust.

Meanwhile, Schwartz said Texas Right to Life is working “around the clock” to find another hospital that will accept Tinslee. —M.J. 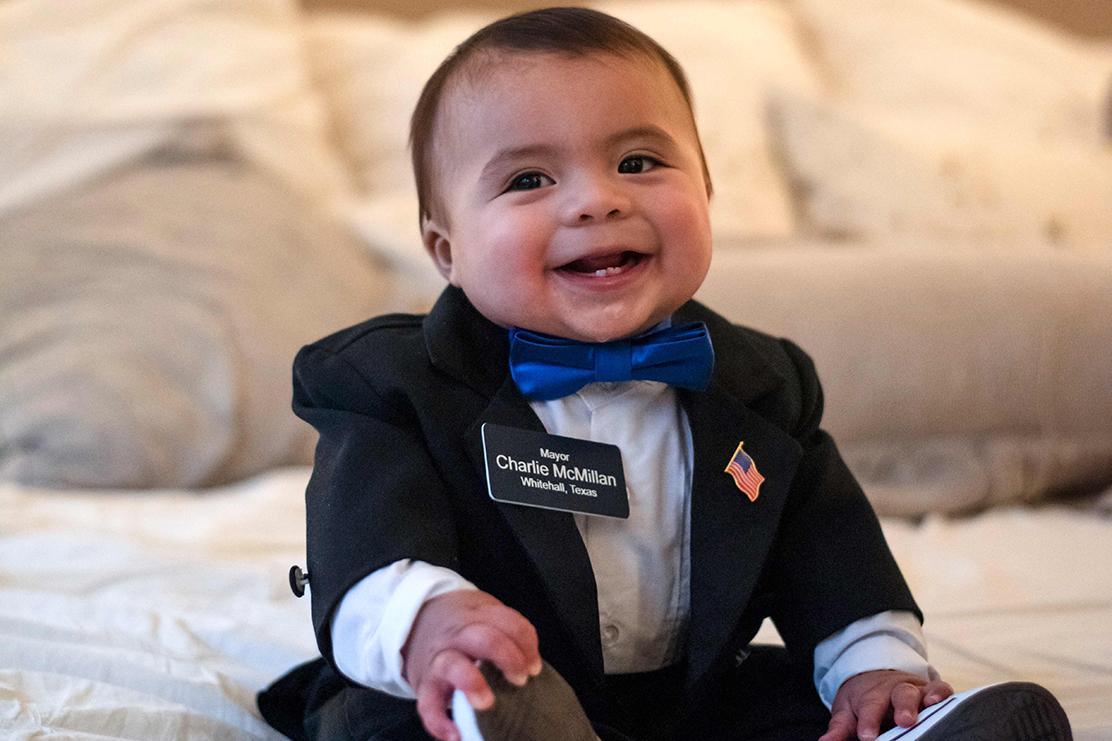 A rural Texas town swore in its new mayor last month with great gusto. The catch: Mayor Charlie McMillan, is only 8 months old.

Chad and Nancy Jean McMillan of Whitehall, Texas, learned Charlie’s mother was considering an abortion and formed a relationship with her, leading them to adopt him. “Charlie wants to tell the world how great it is to be alive,” Chad said.

The McMillans, who serve on the development board of Houston Pregnancy Help Centers, secured the honorary mayor title through an annual fundraiser for firefighters in Whitehall, an unincorporated community. Last year, Nancy Jean was outbid, but this year, the McMillans entered Charlie with the hope of bringing attention to unborn babies, mothers with crisis pregnancies, and adoption. “He ran on a platform of ‘Make America Kind Again,’” Chad said. “He’s a face that almost didn’t exist.”

Mayor Charlie is gaining a following. More than 145 people attended his swearing-in ceremony on Dec. 15 at a local high school, where the dance and drill teams performed and hot dogs and apple pie were served. He has a website and plans to visit the White House this month. —M.J.

More than 2,400 fetal remains found in the Illinois garage and car of late abortionist Ulrich Klopfer will remain unidentified due to shoddy record-keeping and degraded conditions, according to a report released last week by the Indiana attorney general. Licensed in 1979, Klopfer spent his entire career performing abortions, first in Illinois, then for decades at three Indiana abortion facilities in Fort Wayne, Gary, and South Bend.

The remains, from abortions Klopfer performed between 2000 and 2003, were discovered in sealed plastic bags with formalin, a chemical preservative, following the 79-year-old abortionist’s death on Sept 3.

“Based on the poor condition of the fetal remains and unreliable nature of the accompanying records, it is not possible to make an independent verification of the identities of the individual fetal remains,” Indiana Attorney General Curtis Hill, a Republican, wrote, adding that his office is arranging for a “dignified burial” for the aborted babies. —M.J.