Two researchers who published a groundbreaking study on evolution in May are still pushing back against a creationist interpretation of their work.

In the study, published in Human Evolution, the researchers analyzed gene sequences in 5 million humans and animals from 100,000 different species and concluded that all modern species, including humans, originated from very small groups of ancestors—maybe as few as a single pair. It also showed that all species on earth were about the same age and emerged about 100,000 years ago.

Creationists who believe in a young Earth would dispute the 100,000-year hypothesis, but the research could support the Biblical truth that humans all descended from a solitary couple. The finding that all modern species emerged at about the same time could also point to a catastrophic event that wiped out nearly all life, such as the flood found in Genesis.

“This conclusion is very surprising, and I fought against it as hard as I could,” David Thaler, one of the researchers, told the Daily Mail in November. Thaler and his co-author, Mark Stoeckle, have since insisted their study does not support the conclusion that many are making, which is that Darwin’s theory of evolution cannot explain the genetic material found in today’s animal kingdom.

Shortly after the Daily Mail published its article under the headline “All humans may be descended from just TWO people and a catastrophic event almost wiped out ALL species 100,000 years ago, study suggests,” Thaler and Stoeckle sent out this clarification: “Our study is grounded in and strongly supports Darwinian evolution, including the understanding all life has evolved from a common biological origin over several billion years. Our study follows mainstream views of human evolution. We do not propose there was a single ‘Adam’ or ‘Eve.’ We do not propose any catastrophic events.”

On Dec. 4, the authors added the same statement to the top of the published study on the website of The Rockefeller University, where Stoeckle is a senior research associate. I attempted to contact Stoeckle through the university to ask how, exactly, the study supports Darwinian evolution. A university representative sent a copy of the statement published by the Daily Mail and did not respond to further requests for an explanation.

Ann Gauger, a research scientist at the Biologic Institute and an intelligent design proponent, said the study does not prove there were only two humans on earth at one point. The research is not thorough enough, she wrote on Discovery Institute’s Evolution News and Science Today blog, and overplays the reliability of mitochondrial DNA analysis.

But an important part of the study that has been largely overlooked, Gauger noted, is that the authors clearly support the existence of distinct and biologically recognizable species, not the Darwinian descent from common ancestry.

“This view of species as discrete entities goes against the modern grain,” she said. 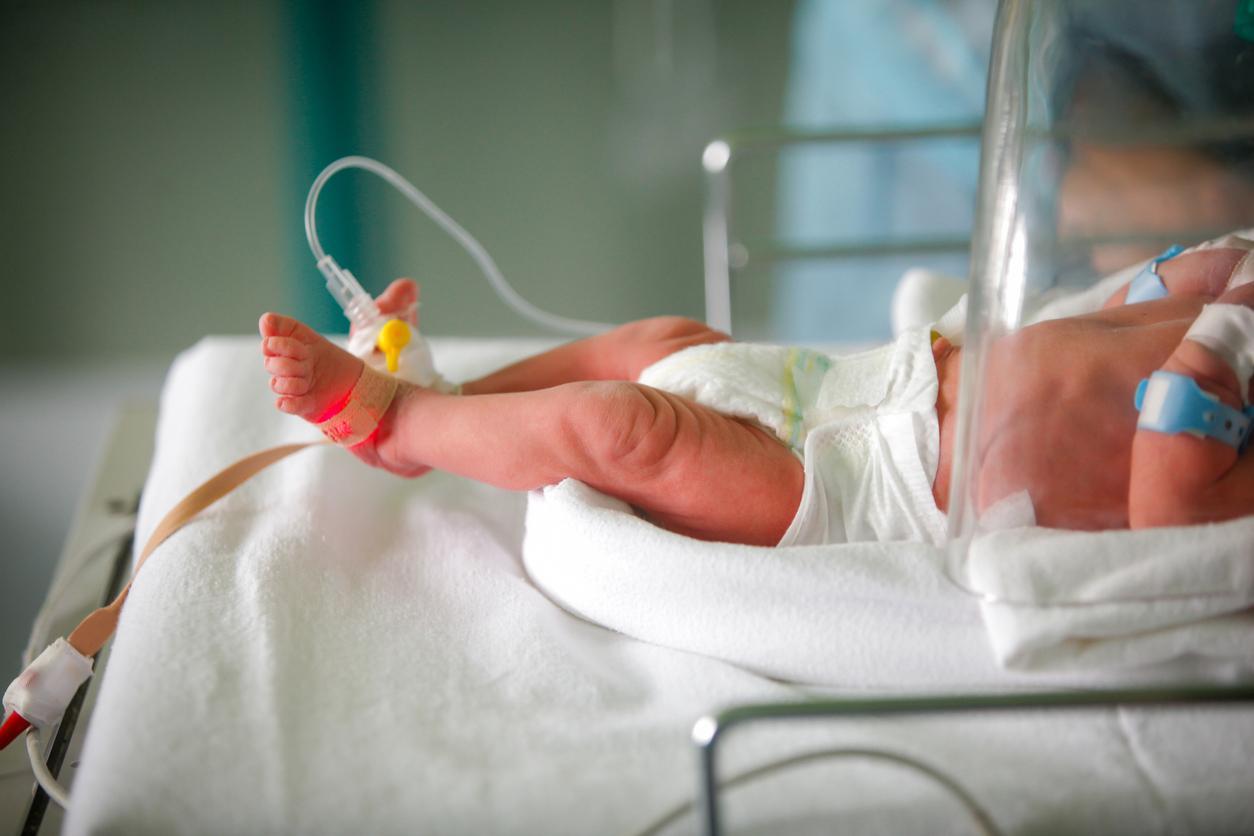 The kicks and twists every expectant mother feels during the last two trimesters of pregnancy do more than just remind her of her baby’s presence, according to a study published last month in Nature.

The researchers measured the brain waves produced when newborn babies moved their limbs and compared them to those of premature babies. They discovered that before birth, limb movements activate particularly fast brain waves that help construct the babies’ neural network, essentially creating a map that gives them a sense of their own bodies and position. These fast, movement-evoked brain waves disappear within a few weeks following birth. This suggests that they prepare the baby for life outside the womb by providing a basic structure the baby’s brain can build upon and fine-tune based on new and complex sensory input.

This discovery may help hospitals better tailor the environment for premature babies. “We think the findings have implications for providing the optimal hospital environment for infants born early, so that they receive appropriate sensory input,” Kimberley Whitehead, one of the researchers, said in a statement. She suggested caregivers swaddle premature babies so they can feel a surface when they kick, like they would in the womb. And Whitehead added that because the infants’ limb movements activate the fast brain waves while the babies slept, hospitals should minimize medical procedures that disrupt a premature baby’s sleep. —J.B. 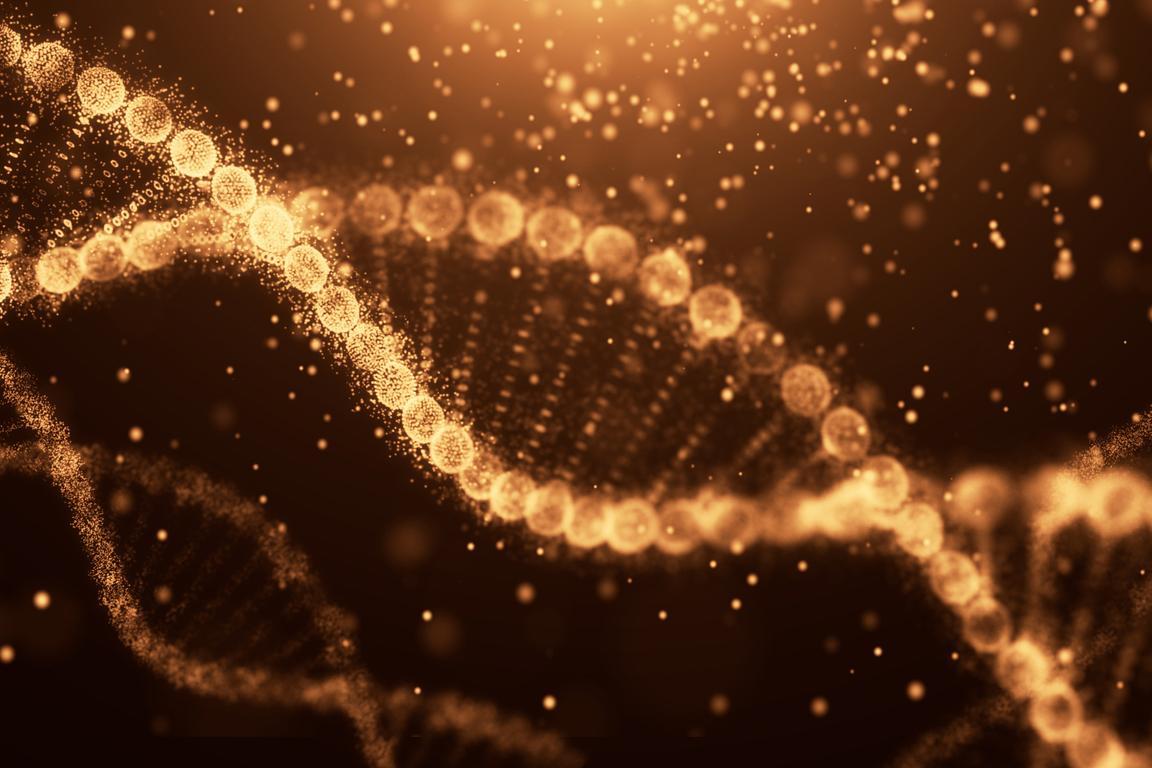 Researchers at the University of Queensland in Australia just discovered that the DNA from cancer cells possesses a unique appetite for gold. The discovery may make possible an easy, quick, and inexpensive blood or tissue test to detect cancer within 10 minutes.

Like all cells, cancer cells die and release DNA that circulates through blood and tissues. The many varieties of cancer make it difficult for scientists to find a specific feature to differentiate cancer cells from healthy cells. But in a study published online Dec. 4 in the journal Nature Communications, scientists found that when they placed DNA from cancer cells in a solution containing gold nanoparticles, the DNA quickly bonded to the gold and instantly changed the color of the solution. This reaction did not occur with DNA from noncancerous cells. The researchers tested 200 samples across a wide variety of cancer types with up to 90 percent accuracy.

The researchers cautioned they still need to perfect the test. “We certainly don’t know yet whether it’s the holy grail or not for all cancer diagnostics, but it looks really interesting as an incredibly simple universal marker of cancer,” Matt Trau, the lead researcher, said in a statement. —J.B.

For the first time, a woman with a transplanted uterus from a deceased donor has given birth to a live and healthy baby, according to a case study from Brazil, published Dec. 4 in The Lancet.

One in 500 women suffer uterine abnormalities that make pregnancy impossible. In this case, a genetic disease prevented the mother from developing a uterus.

The first successful childbirth following a uterine transplant from a living donor occurred in Sweden in 2013. Since then, doctors have performed 39 living-donor uterine transplants, resulting in 11 live births. Researchers have attempted 10 other uterine transplants from deceased donors in the United States, the Czech Republic, and Turkey. None of them produced a live baby. —J.B.

An air-conditioning system at Disneyland may have been the source of a Legionnaires’ disease outbreak last fall near the theme park that sickened 22 people, killing one, a health official testified last week.

The California Occupational Safety and Health Administration in March fined the park $33,000 for not properly cleaning the cooling towers. Disneyland denies being the source of the illnesses, and the state has never said with certainty that the park’s cooling towers, which release mist, were to blame. At a state appeals board hearing last week, an Orange County, Calif., epidemiologist said the towers contained high levels of the Legionella bacteria around the time of the outbreak, the Los Angeles Times reported.

Disneyland pointed out that three of the cases involved people in nearby nursing homes who did not visit the park, but Dr. Matthew Zahn pointed out that infected water droplets can spread 2 to 4 miles. —J.B.