Religious liberty in a pandemic

Josh Kellso, a pastor at Grace Bible Church in Tempe, Ariz., delivers a sermon via a livesteam in an empty sanctuary on Sunday. Associated Press/Photo by Matt York

As pastors and religious leaders across the country faced tough decisions about whether to hold worship services over the weekend, Pacific Justice Institute President Brad Dacus gathered 500 of them on a conference call on Thursday. They talked about how to keep their ministries going and whether shelter-in-place orders and other restrictions on public gatherings violated the First Amendment to the U.S. Constitution.

“In all likelihood, these regulations would pass the test at this point,” Dacus told them, because they are a temporary response to a public health risk. But extended or more restrictive bans could at some point run afoul of constitutional guarantees.

That’s the consensus of legal experts and ministry leaders. The state has not targeted religion or overstepped its bounds, said Russell Moore, president of the Ethics & Religious Liberty Commission of the Southern Baptist Convention: “At issue is a clear public objective—stopping the transmission of a dangerous virus by gatherings. This applies to the local plate jugglers association just as much to churches.”

Most churches are onboard, taking their worship services online in compliance with governmental restrictions. But some disagree.

“Closing churches is utterly unnecessary,” wrote R.R. Reno, a Roman Catholic and editor of the religious journal First Things. He said congregations could gather to pray and hold small services while respecting social distancing guidelines. “But simply suspending the sacraments suggests that the Church lives in accord with the world’s priorities,” he added.

A small minority of churches have defied restrictions and recommendations. Pastor Rodney Howard-Browne of Revival Ministries International in Tampa, Fla., vowed not to stop services. His church “is open because we’re raising up revivalists, not pansies,” he said during a March 15 service where congregants were encouraged to greet one another and shake hands. The congregation held worship this past Sunday, and a commentary posted on the church’s website the same day argued COVID-19 restrictions violated freedom of religion.

Three residents filed a lawsuit in state court against New Hampshire last week over its ban on gatherings of 50 or more. But state Superior Court Judge John Kissinger upheld the ban Friday, writing that he “cannot imagine a more critical and important public objective than protecting the citizens of this state and this country from becoming sick and dying from this pandemic.”

Rules about worship meetings vary among states. Some, like Ohio, have exempted religious workplaces from their bans, while others, like Michigan, said the restrictions apply to religious gatherings but exempted them from penalties.

History provides guidance. When a deadly plague hit Wittenberg, Germany, in 1527, Martin Luther modeled pastoral care: “I shall avoid places and persons where my presence is not needed in order not to become contaminated and thus perchance inflict and pollute others and so cause their death as a result of my negligence.” But he added that if his neighbor needed him, he would go, taking precautions.

“This is a conscience dilemma for pastors,” Dacus said. He recommended compliance with governmental restrictions while watching for overzealousness on the part of government officials. “Fear is the enemy,” he said. “Be proactive in ministry.” 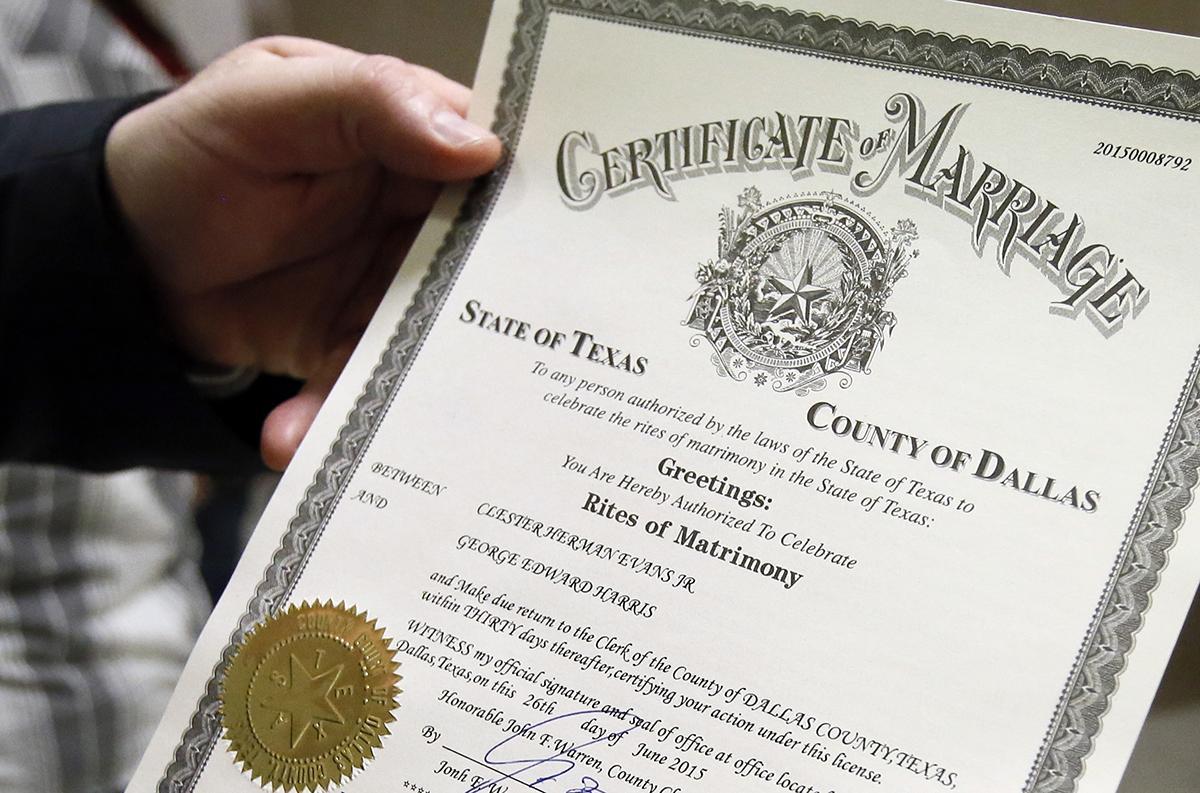 Another Texas judge has pushed back on standards requiring him to officiate same-sex weddings. Jack County Judge Brian Umphress filed a complaint in federal court last Wednesday claiming his decision not to participate complies with Texas law, which state lawmakers have not amended or repealed since the U.S. Supreme Court made same-sex marriage legal nationwide.

The Texas Commission on Judicial Conduct last year publicly reprimanded Dianne Hensley, a justice of the peace, for declining to conduct same-sex weddings. Hensley asked for a court declaration that state law allows her to refer same-sex couples to other officiants. The commission found her guilty of violating a judicial ethics rule that barred her from engaging in activities that would cast doubt on her impartiality as a judge.

The commission has not disciplined Umphress. He is preemptively asking for an order protecting judges from investigation or discipline for expressing disapproval of same-sex marriage and homosexual conduct. Both Texas judges raise the question: Can a judge act impartially even when disagreeing with certain sexual behavior?

Yes, Umphress contended in his complaint: “Disapproval of an individual’s sexual behavior does not evince bias toward that individual as a person when they appear in court.” —S.W.