WASHINGTON—The White House unveiled its Middle East peace plan this week, and the proposal is redefining more boundaries than simply those between Palestine and Israel. In a rare display of bipartisanship, pro-Israel politicians from both parties expressed optimism about the plan. And even more surprising, according to experts, Arab countries are showing signs of support for a U.S.-brokered peace plan that protects Israel.

The plan calls for a “realistic two-state solution.” Jerusalem would remain Israel’s capital, and Palestine would get a demilitarized state with its capital in eastern Jerusalem, on the other side of the separation wall. Israeli Prime Minister Benjamin Netanyahu and his political rival Benny Gantz, leader of the Blue and White Party, endorsed the plan and want to move toward implementing aspects of it. They will face each other in an election on March 2.

Joel Rosenberg, author and co-founder of the Alliance for the Peace of Jerusalem, said he was withholding endorsement until he had time to read the plan in its entirety, but he praised its creativity and said he thought supporters of President Donald Trump would like it, too.

“Most evangelicals in America … will be enthusiastic because Trump is enthusiastic, and they trust Trump,” Rosenberg said. “American Christians will be looking for signals, not for details.”

The plan calls for a four-year freeze on new Israeli settlements but allows Israeli control over settlements in the West Bank. Palestine could move forward with a state only if it recognizes Israel as a Jewish nation, disarms terrorist elements, and grants Israel full security control of the West Bank and Jerusalem.

Republicans in Washington have mostly embraced the proposal. Groups such as the National Hispanic Christian Leadership Conference and Christians United for Israel have endorsed it. The Anti-Defamation League, which fights anti-Semitism, reacted favorably toward the plan, as did House Speaker Nancy Pelosi, D-Calif., and House Foreign Affairs Committee Chairman Eliot Engel, D-N.Y.

But in Palestine, the idea was dead on arrival. Palestinian officials have boycotted negotiations with Israel since Trump moved the U.S. Embassy from Tel Aviv to Jerusalem. “We say a thousand times over: no, no, no,” Palestinian Authority President Mahmoud Abbas said in response to the proposal.

George Friedman, the founder and chairman of Geopolitical Futures, said the reaction to the peace plan reveals new fissures in the relationship between Palestine and its surrounding Islamic neighbors.

“The most important and most stunning thing was that Egypt, Saudi Arabia, most of the Gulf Arab countries endorsed the plan,” he said. “This was a sea change in the Middle East. Palestine used to be the hot-button issue that turned everyone against Israel.”

Of the surrounding Arab countries, only Egypt and Jordan have peace agreements with Israel. Despite that, representatives from Bahrain, Oman, and the United Arab Emirates attended the plan’s unveiling at the White House on Tuesday in person.

Kuwait, Qatar, and Saudi Arabia were not represented at the news conference. But the Saudi Ministry of Foreign Affairs said in a statement it appreciated the Trump administration’s efforts.

Friedman attributed the reshuffling of Middle East relations to the rise of Iran. “This has upset the Sunni countries … and they have been pulling closer to the United States,” he said. “This indicates their concern for Palestinians is a lot less than their fear of Iran.”

Friedman also pointed out that the plan doesn’t go much beyond what previous proposals have attempted in the past.

“What really changes was this pro-American coalition that formed,” he said. “Under Trump, one of the most fundamental shifts in the Middle East is taking place, and it’s certainly to the benefit of Israel.” 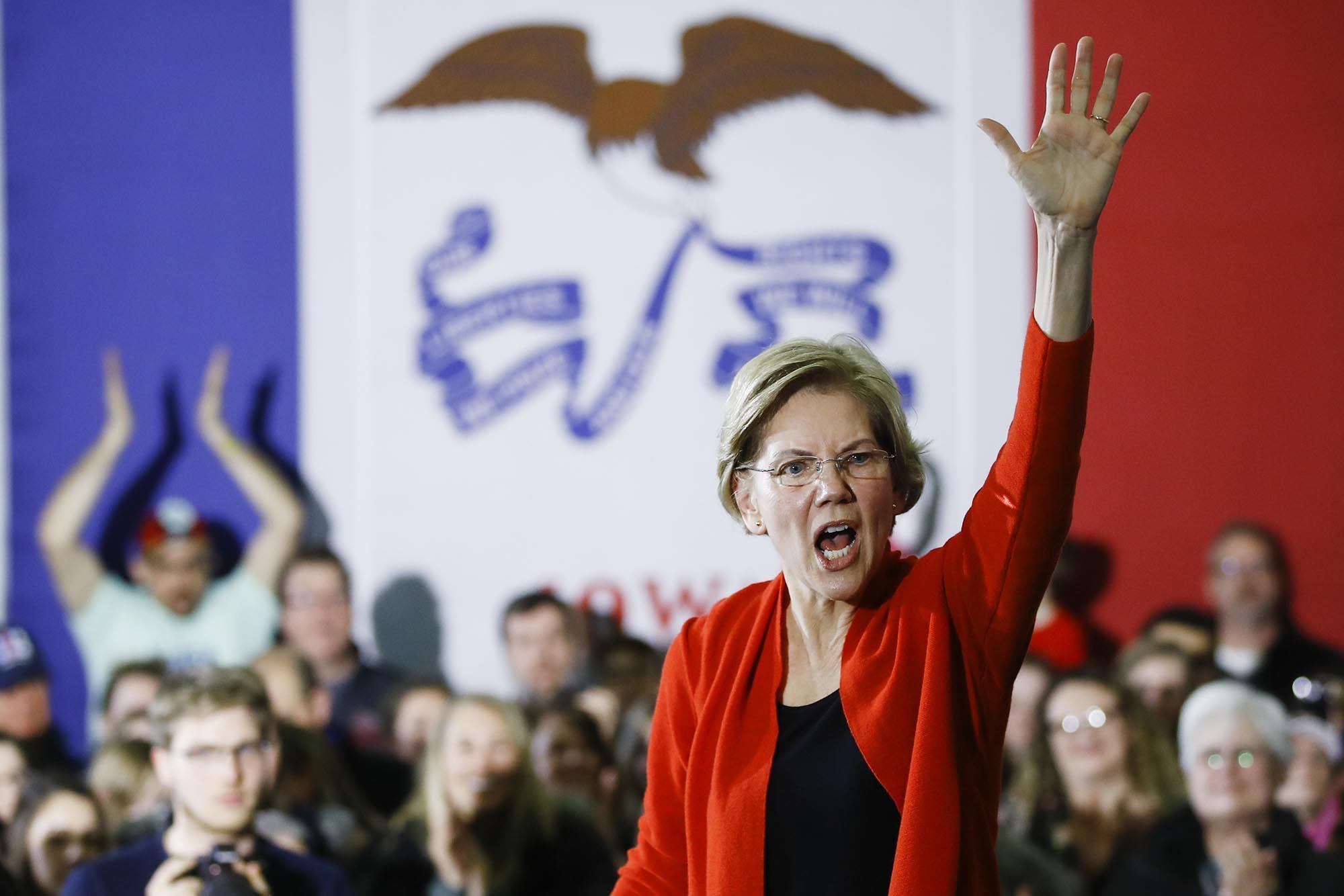 It might be an inconvenient time for jury duty with the Iowa caucuses less than a week away, but two of the four Democratic candidates at the top of the polls in the state, Sens. Elizabeth Warren and Bernie Sanders, remain stuck in Washington for President Donald Trump’s impeachment trial. But they did get out to meet with voters over the weekend to drum up support for Monday’s contest, the first of this year’s primary season.

Meanwhile, another top polling candidate, former South Bend, Ind., Mayor Pete Buttigieg, dodged a question about whether pro-lifers belong in the Democratic Party. Kristin Day, president of Democrats for Life, asked him at a town hall meeting on Sunday whether he would push the party toward becoming a “big-tent” of diverse viewpoints on abortion. Buttigieg responded by saying he holds to the party’s current position, which “unequivocally” endorses abortion and wants to overturn the Hyde Amendment banning federal funds for abortions.

“I’m not going to try to earn your vote by tricking you,” Buttigieg said. “I am pro-choice, and I believe a woman ought to be able to make that decision.”

The Democratic candidates were scheduled for a debate on Jan. 14, but preparing for the impeachment trial threw a wrench into those plans. The next debate is now set for Feb. 7, just four days before the New Hampshire primary. So far, Warren, Sanders, Buttigieg, former Vice President Joe Biden, Sen. Amy Klobuchar of Minnesota, billionaire Tom Steyer, and tech entrepreneur Andrew Yang are the only candidates who have qualified to take the stage. —H.P. 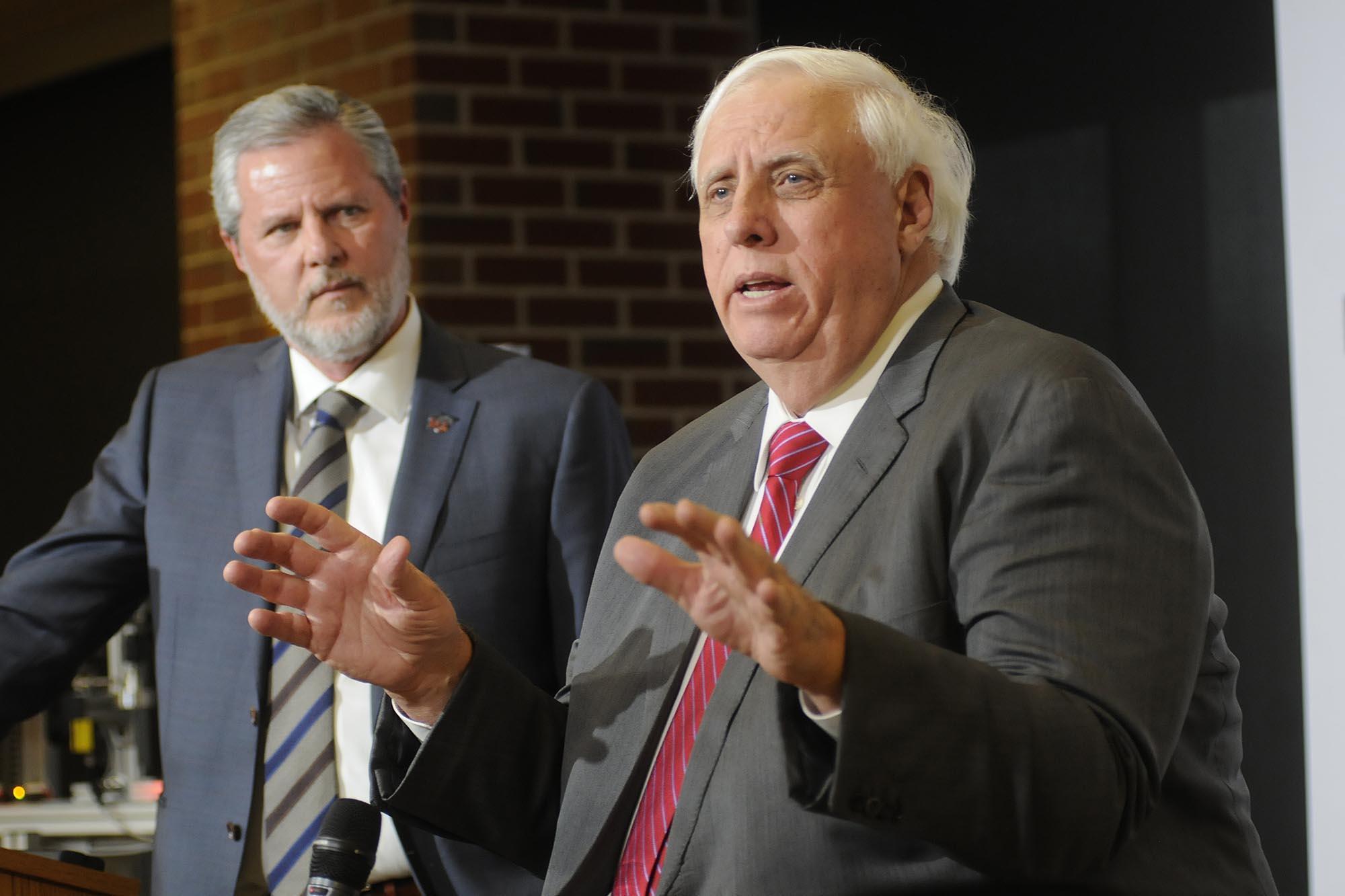 “If you’re not truly happy where you are, we stand with open arms to take you from Virginia or anywhere where you may be,” said Justice, who is running for reelection.

Falwell, who presides over Liberty University in Lynchburg, Va., called recent political events in Virginia “a tragedy in the making,” adding, “Democratic leaders in Richmond, through their elitism and radicalism, have left a nearly unrecognizable state in their wake.”

Democrats, who already controlled the governor’s mansion with Ralph Northam, took control of both houses of the state legislature after November’s elections. Many ran on promises of restricting gun access and loosening protections for unborn babies. The first part of their platform sparked a backlash, with tens of thousands of supporters of the Second Amendment to the U.S. Constitution rallying at the Virginia Capitol last week.

West Virginia lawmakers have introduced formal resolutions inviting certain Virginia counties to join their state. To break away, counties would need to conduct petition drives to secure a referendum. The proposal would then go before Virginia’s General Assembly. Other lawyers said the move would require approval from both states and the U.S. Congress. Virginia officials have dismissed the idea as unrealistic. —H.P.

$1 trillion in the hole

The Congressional Budget Office on Tuesday predicted that U.S. spending will exceed its income by $1 trillion per year for the next decade. The office made the prediction in its annual report, in which it projected a 2020 deficit of $1.02 trillion, the highest since 2012.

“As a result of those deficits, federal debt would rise each year, reaching a percentage of the nation’s output that is unprecedented in U.S. history,” the report noted.

Because of borrowing to cover the widening deficit, by 2030, the amount of federal debt held by the American people will balloon to 98 percent of the predicted size of the nation’s economy.

While President Donald Trump made paying off the national debt a 2016 campaign promise, he has subsequently dropped the focus on narrowing the nation’s spending and debt load.

Rep. Steve Womack of Arkansas, the top Republican on the House Budget Committee, said the report “confirms what we already know: Our nation’s debt and deficits continue to grow, and we are on an unsustainable trajectory.” —H.P.