Reyes heads up the Austin, Texas, chapter of the Christian Community Development Association, whose mission includes helping Christians of different races build relationships with each other.

“We’re in a context of suffering and hardship, and the proper response for you and me is to take all that we are feeling and all the injustices we are perceiving or experiencing ourselves … and to lay them before the God who is in heaven,” he said.

As in many U.S. cities, June 3 also marked the sixth consecutive night of protests in Austin. Crowds gathered outside police department headquarters and the Texas Capitol to protest Floyd’s death. They marched, chanted, sang, and shouted, some carrying signs, some walking dogs. Most gathered peacefully, while others looted a few downtown businesses and vandalized police headquarters. In the aftermath, Christian ministries and pastors working for racial reconciliation or in urban ministries are answering tougher questions from church members and volunteers and finding more opportunities for education and ministry.

Randy Nabors coordinates the New City Network, a coalition of cross-cultural churches. He has heard from New City’s pastors who, he said, “are caught between two communities, if not more.” White church members wonder what responsibility they bear for racism in their communities, and black Christians wonder if they should attend all-black churches. “All these issues spring up almost every time we have issues like this,” Nabors said.

Advocates for Community Transformation, one of WORLD’s 2016 Hope Awards for Effective Compassion winners, doesn’t advertise itself as a racial justice organization. Its main functions are to shut down drug houses and reduce crime in poverty-stricken Dallas neighborhoods, but it has spent the last year and a half focusing on racial equity. On May 31, ACT leaders joined African American and white Dallas pastors on the steps of the city’s police headquarters to pray. ACT Chief Advancement Officer Guy Delcambre said he has struggled to know how to respond to recent events, but on that Sunday, “it was encouraging to see plenty of people who are white like me, probably asking themselves the same questions, but making a first step by just showing up … with the act of prayer together.” 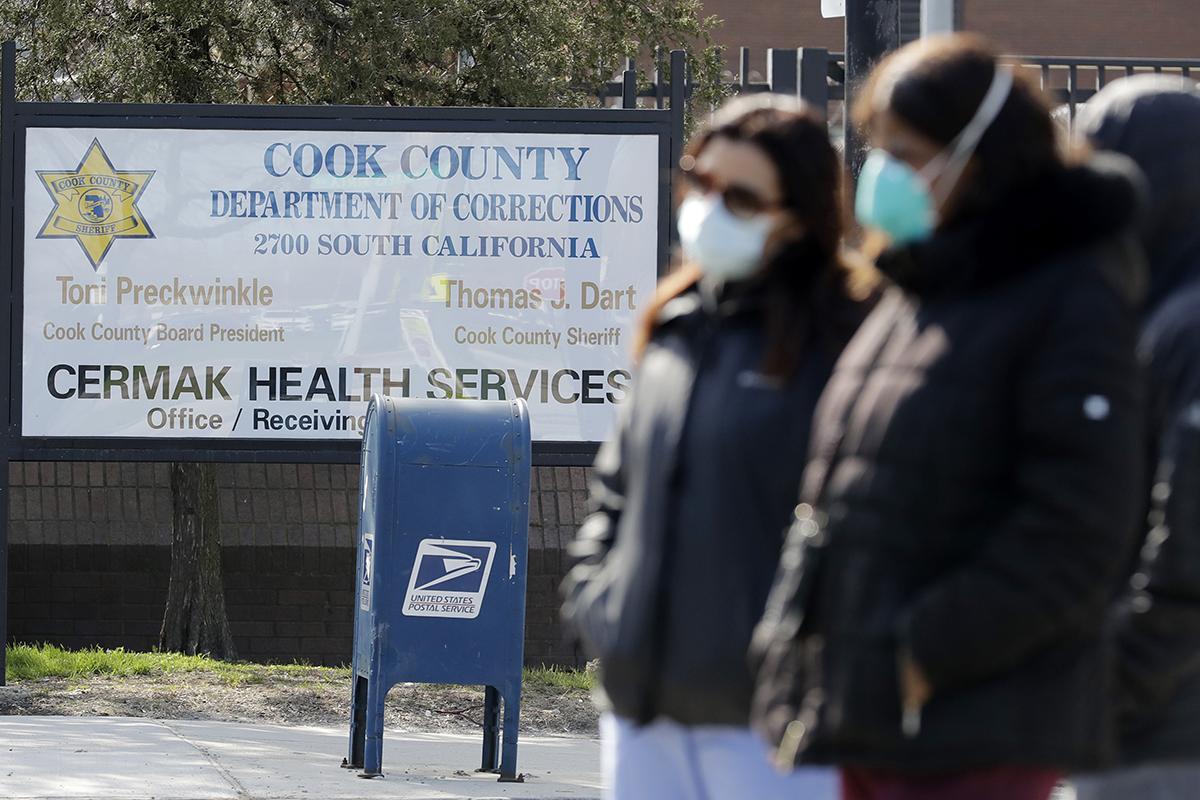 A recent study of a Chicago jail found it played a significant role in the spread of the coronavirus.

The research, scheduled for publication in the upcoming issue of Health Affairs, found a link between Cook County Jail and 15.9 percent of new COVID-19 cases in Chicago. When the researchers collected the data in mid-April, they tracked higher rates of infections in ZIP codes where people who were incarcerated at Cook County Jail live.

“As the pandemic began, I realized … the jail cycle—arresting people, cycling through the jail and back into their communities—was going to be a huge driver of COVID-19 spreading to communities,” study co-author Eric Reinhart of the University of Chicago told WTTW-TV.

In response, the Cook County Sheriff’s Office noted the report did not reflect efforts to reduce COVID-19 in prisons over the past month, including testing everyone upon admittance, releasing inmates early, and limiting arrests. —Rachel Lynn Aldrich 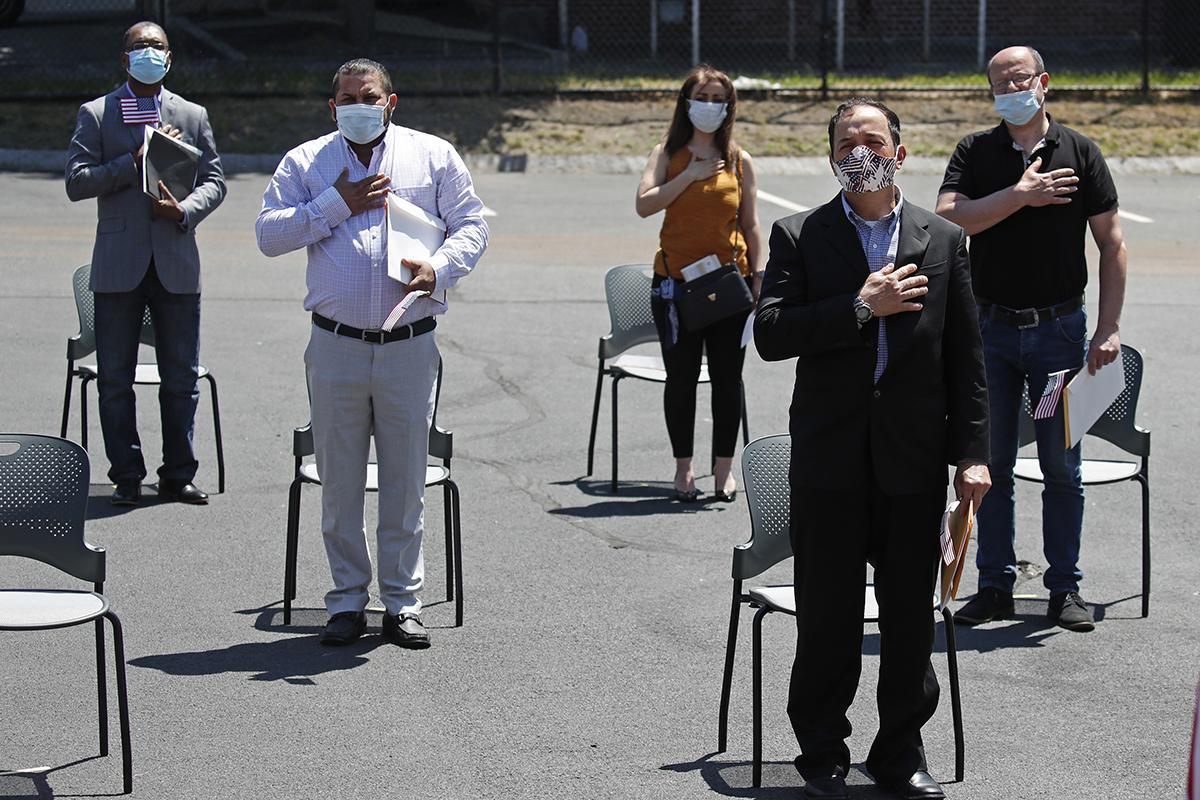 More than 100 people gathered in Massachusetts on Thursday to take the oath of U.S. citizenship. U.S. Citizenship and Immigration Services had closed its offices in mid-March because of the coronavirus pandemic but started reopening them as states lifted restrictions. Last week’s naturalization ceremonies took place in smaller groups with social distancing. One office in Orlando said it would hold 250 ceremonies a week until the waiting list cleared, but others have not said how they will catch up with the backlog of people approved for citizenship who need to take the oath. Some of those immigrants could otherwise have voted in the November election but might still be ineligible when registration deadlines hit. —R.L.A.

Texas granted death row inmate Bobby Moore parole on Tuesday. Moore, 60, spent nearly 40 years in prison for shooting and killing an elderly store clerk in Houston. The question of whether a mental disability disqualified him from the death penalty rose to the U.S. Supreme Court. The justices ruled in 2017 that the Texas Court of Criminal Appeals must change his sentence. A bipartisan group of representatives from the Texas House of Representatives requested his release in March, saying, “Mr. Moore has been improperly denied both numerous parole reviews and the chance to meet some of the criteria that would weigh in his favor at them.” —R.L.A.