Pro-life advocates rally in Dublin against the effort to repeal Ireland’s Eighth Amendment, which bans abortion in almost all cases. Facebook/Love Both

Just weeks from Ireland’s referendum on whether to keep constitutional protections for the unborn, international tech giants Google and Facebook weighed in on the conversation by banning ads targeting voters.

Ireland’s vote on May 25 will decide whether or not to repeal the Eighth Amendment of the largely Catholic country’s constitution, which gives the unborn the same right to life as everyone else. Google and Facebook claim their decisions are designed to level the playing field.

Abortion advocates are cheering the move, while pro-lifers call it an attempt to sway the election in favor of repeal.

Facebook on Tuesday unveiled a plan to ban foreign-based advertising about the referendum. “Our goal is simple: to help ensure a free, fair, and transparent vote on this important issue,” the company said. Shortly afterward, Google banned all ads targeting amendment voters.

Kathy Sinnott, a former member of the European Parliament and Irish pro-life activist, told me social media advertisements in the last weeks before the referendum “would have been crucial” to pro-life efforts. While repeal advocates are leading in polls, pro-lifers have started to see some hard-won results.

“Support for yes has been steadily falling, and it is admitted by all that the undecideds and soft yes voters will decide the referendum,” she said. “If these voters hear the pro-life arguments and in particular they discover that abortion kills babies, and that it is a cruel and painful death, and that most abortions are not done in hard case situations, the yes vote will slip more and the gap will close and the Eighth Amendment will be retained. [It] is something that many politicians, international elite, and others don’t want.”

Pro-life activist Robert Nugent, who manages a Facebook page supporting the campaign to retain the Eighth Amendment, described grassroots pro-life work as fighting an uphill battle. The media, he and others told me, constantly blares a pro-abortion message.

Support for keeping the Eighth Amendment has remained around 70 percent outside highly populated Dublin, but only 40 to 45 percent in the city. “For sure we can win, but we have to battle the media,” he said.

Both Google and Facebook have international headquarters in Dublin. While the ban on ads could be related to the Cambridge Analytica scandal, pro-life advocates question the companies’ claim of neutrality.

“Really what you have is big boys weighing in on the conversation against a small group of pro-lifers—that are doing many other things—and now having to battle this big giant constitutional change in Ireland,” he said.

Godsey admitted the tech companies could just be trying to prevent “meddlesome foreign advertising.” But banning certain kinds of ads doesn’t bode well for the future, he insisted.

“At some point, is this Google and Facebook colluding to do something?” he asked. “That’s a bit Orwellian in my mind.” 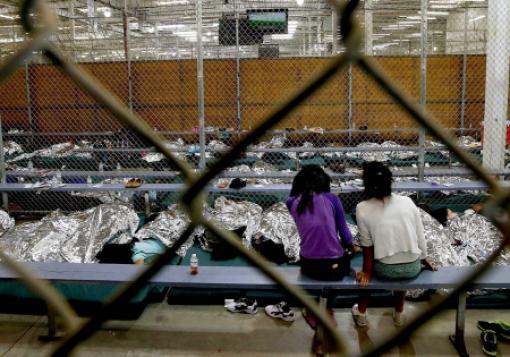 Undocumented minors detained at the U.S.-Mexico border will now see two signs at government-run shelters. One will tell them they have the right to an abortion and will include contact information for an attorney from the American Civil Liberties Union. The other sign will tell them the shelter will help them care for their babies.

In March, a judge ruled the federal Office of Refugee Resettlement must post the first sign, and last month the agency sent an email to 20 shelters telling them to post the pro-life message. The latter points pregnant teens to pro-life pregnancy centers, including Sisters of Life, a charity that works “to protect and enhance the sacredness of human life.”

The federal government has battled ACLU lawyers seeking government-sponsored abortions for immigrant teens in federal custody. One teen involved in the lawsuit recently accused attorneys of coercing her into requesting an abortion. —S.G. 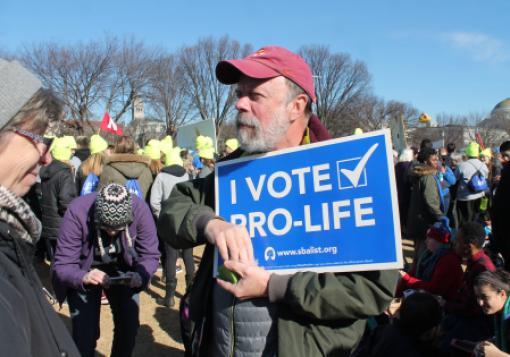 Delaware will consider protecting the unborn after 20 weeks gestation, nearly a year after legalizing abortion through all nine months. The bill, introduced by two state senators, seeks to protect babies who not only can feel pain but sometimes survive outside their mothers’ wombs.

As doctors finalized plans to end his life support, 13-year-old Trenton McKinley woke up. Jennifer Nicole Reindl, Trenton’s mother, had just signed paperwork to allow doctors to harvest his organs after his death.

An accident in March sent the Alabama teen to the hospital, where he “died 4 times [and] one time for 15 min,” Reindl posted on Facebook. “The last time they brought him back he had no brain waves, a damaged brain stem and his heart only beat because [of] the adrenaline.”

Now Trenton is back on his feet and even playing basketball. “Praise the Lord,” his mother wrote on Facebook. “He is healing every day, has his full memory, and talks about his school friends every day.” —S.G.

Death didn’t come quickly enough for 104-year-old David Goodall. The British botanist made headlines last week when he traveled to Switzerland from his home in Australia to have doctors administer lethal drugs. Euthanasia advocates call the practice necessary to prevent suffering, but Goodall wasn’t sick. He said he wanted to die because he no longer found life enjoyable, reinforcing the increasingly pervasive idea that only certain kinds of lives have value. —S.G.