Judge overturns the bill after ruling lawmakers passed it illegally

Paul Blewett (left) president of the Life Legal Defense Foundation, and Stephen Larson, an attorney for doctors who filed suit against the assisted-suicide law, speak to reporters in 2017. Associated Press/Photo by Amy Taxin (file)

The bill, which allows doctors to prescribe lethal drugs to patients diagnosed with a terminal illness and given six months or less to live, faced strong opposition from pro-life constituents, but its backers revived it in a special session convened by Gov. Jerry Brown to address Medicare funding shortfalls created by the Affordable Care Act.

“When you’re in a regular legislative session, people can track what’s going on,” Mat Staver, chairman of legal group Liberty Counsel, told me. “It was a stealth move by the legislators to try to sneak this bill in when the focus should have been on Medicare funding.”

Not only was it stealthy, it was illegal, according to Riverside County Superior Court Judge Daniel Ottolia, who ruled that legislators violated a California statute that requires bills considered during a special legislative session to fall under the mission of the session.

“Giving terminally ill patients the right to request aid-in-dying prescription medication and decriminalizing assisted suicide for doctors prescribing such medications have nothing to do with healthcare funding for Medi-Cal patients, the developmentally disabled, or in-home supportive services,” Ottolia wrote in his ruling.

Proponents of the bill cried foul, but pro-life advocates cheered the move.

Stephanie Packer, whose insurance company offered to pay for euthanasia drugs instead of chemotherapy treatment after the bill passed, applauded the decision.

“I am so grateful that California’s assisted suicide law was overturned today,” Packer said in a statement. “The bill’s proponents tout dignity, choice, compassion, and painlessness. I am here to tell you that nothing could be further from the truth. Choice is really an illusion for a very few. For too many, assisted suicide will be the only affordable ‘treatment’ that is offered them.”

Assemblywoman Susan Talamantes Eggman, the Democrat behind the bill, claimed people wanting to die by lethal injection have had “the carpet ripped out from under their feet.”

Since 1992, California voters have turned down multiple attempts to legalize assisted suicide, according to a brief filed in February by Life Legal Defense Foundation. The group filed suit against the law in 2016, representing a neurologist, oncologists, hospice and palliative care specialists, and the American Academy of Medical Ethics.

“The role of the state is to protect people, and this is exactly the opposite, what’s happening now,” she said. “The state is saying, ‘This is a good option. We’re going to pay for this option.’ And what ends up happening is, this is the cheaper option and therefore the ‘better’ option.”

California Attorney General Xavier Becerra vowed to appeal the ruling, and Snyder anticipates a hard—but worthwhile—fight. She said the legalization of assisted suicide doesn’t affect just the terminally ill or those in great physical pain: “This is about how it will affect all patients, and ultimately what it does to a society when you say that it’s OK to kill yourself and we’ll help you do it.”

Staver expects the ruling to hold, and predicts the legislature will introduce another bill to legalize assisted suicide.

“At that point in time, they’re going to have to deal with the people that could otherwise be affected by this bill, and that’s what they wanted to avoid,” he said. 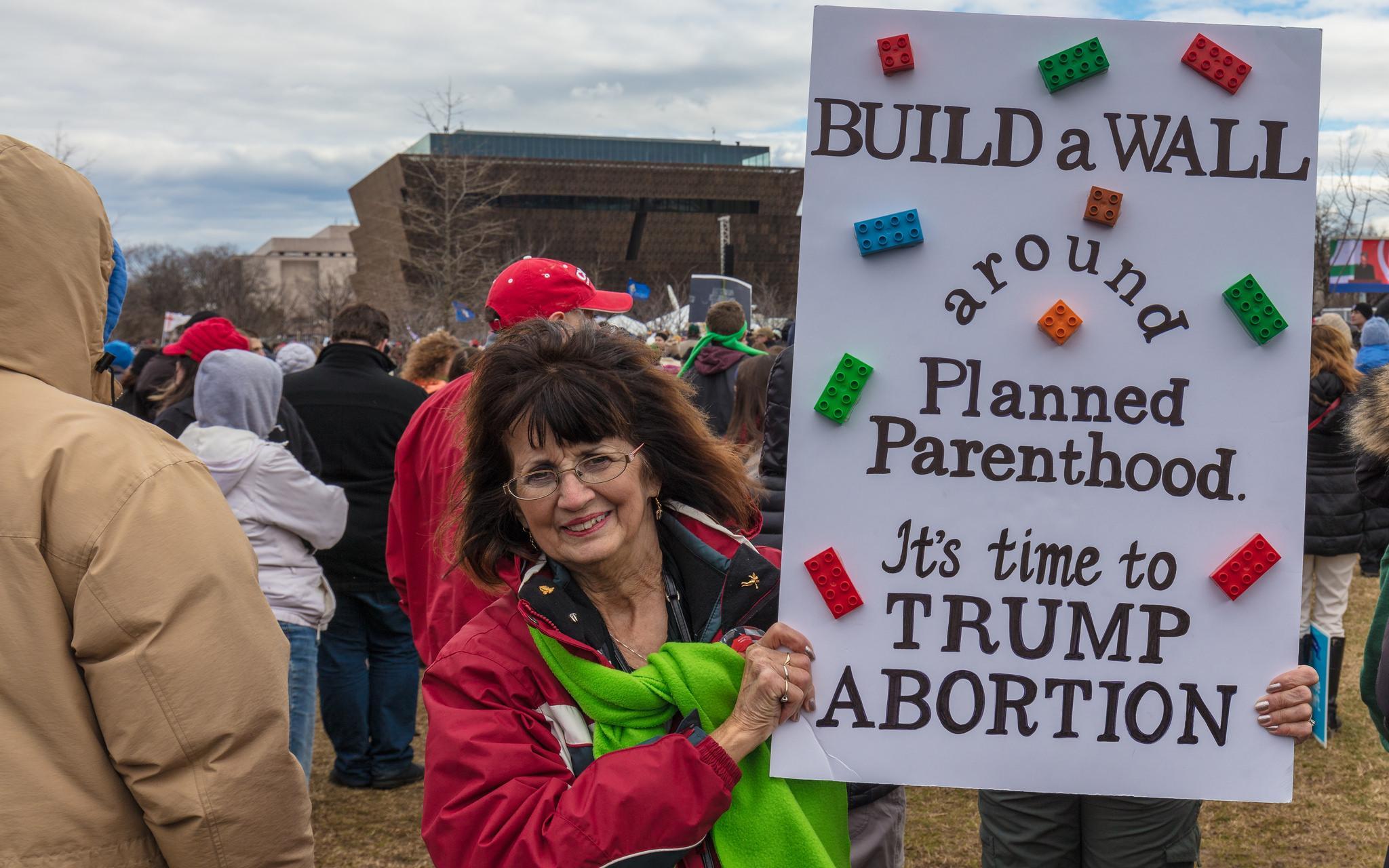 A woman holds a sign during the 2017 March for Life in Washington, D.C. Creative Commons/James McNellis (file)

The move cuts off about $60 million in annual federal funds, which will now go to qualified health centers with no ties to abortion.

Dawn Laguens, vice president of Planned Parenthood Federation of America, said the redirection of funds means “people will not get the healthcare they need. They won’t get birth control, cancer screenings, STD testing and treatment, or even general women’s health exams.”

But federally qualified health centers provide all those services—as well as immunizations and well-child checkups—often at no cost to low-income patients.

“These tax dollars can go to many fine community and rural healthcare centers, which far outnumber the Planned Parenthood abortion clinics and provide a vast array of quality, non-controversial and life-affirming healthcare services,” David Stevens, president of the Christian Medical Association, said in a statement.

Catherine Glenn Foster, president of Americans United for Life (AUL), also applauded the move. The regulations, instigated by the Reagan administration and upheld by the Supreme Court in 1991, “merely recognize that abortion is not a method of family planning,” Foster said. “AUL was proud to be part of the legal defense of these life-affirming regulations then, and maintain our strong support for them now.” —S.G. 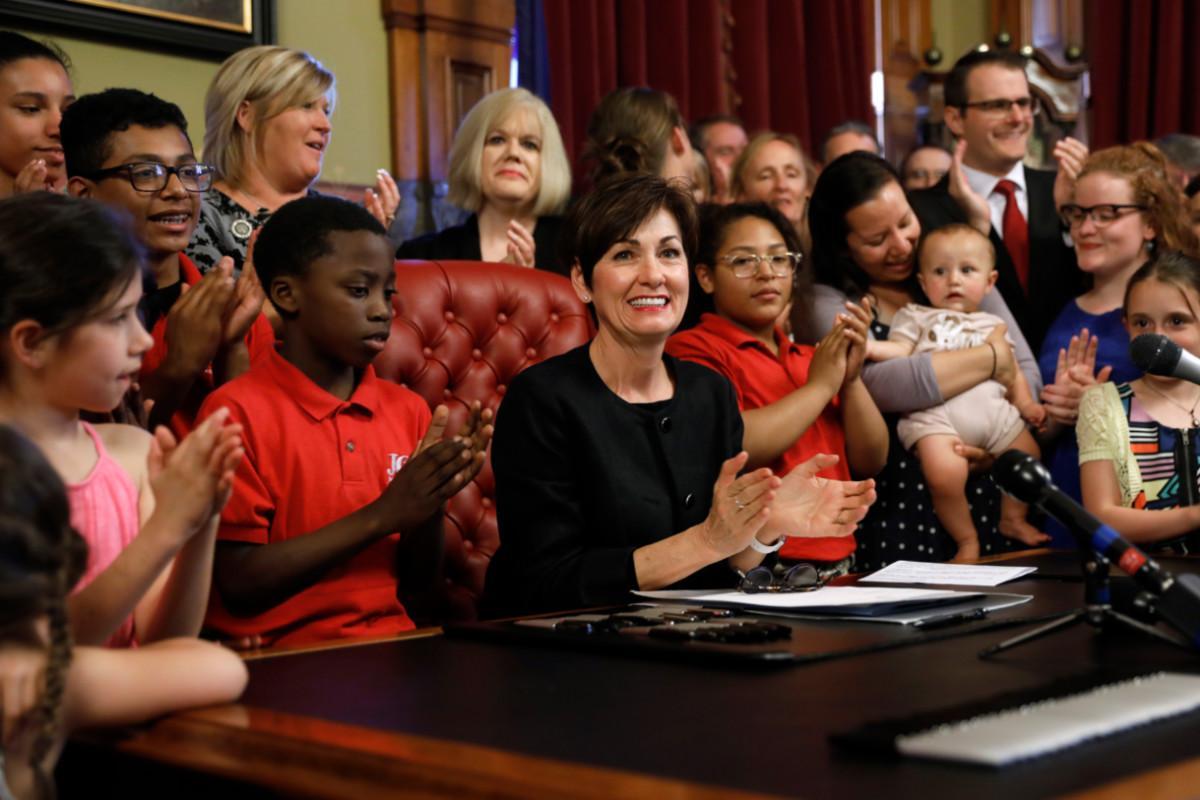 A woman holds a sign during the 2017 March for Life in Washington, D.C. Creative Commons/James McNellis (file)

Minnesota Gov. Mark Dayton, a Democrat, vetoed a bill last week that would have required abortionists to offer mothers an ultrasound before aborting their babies. Catherine Glenn Foster, president of Americans United for Life, said in a statement that the group is “disappointed” by the decision: “Minnesota women will not be empowered to make a fully informed decision.” Iowa Gov. Kim Reynolds, a Republican, signed a bill protecting the unborn after their hearts begin beating: “As governor, I pledge to you to do everything in my power to protect life.” Planned Parenthood and the American Civil Liberties Union filed suit against the law, while Christian group The Family Leader created a petition to support the law through an amicus brief. Louisiana’s legislature passed a bill that would protect the unborn after 15 weeks gestation, and it now awaits a signature from Gov. John Bel Edwards, a Democrat. Delaware lawmakers will consider a bill to protect unborn babies from abortion after 20 weeks gestation, except in the cases of “serious health risks” to the mother’s life. —S.G.